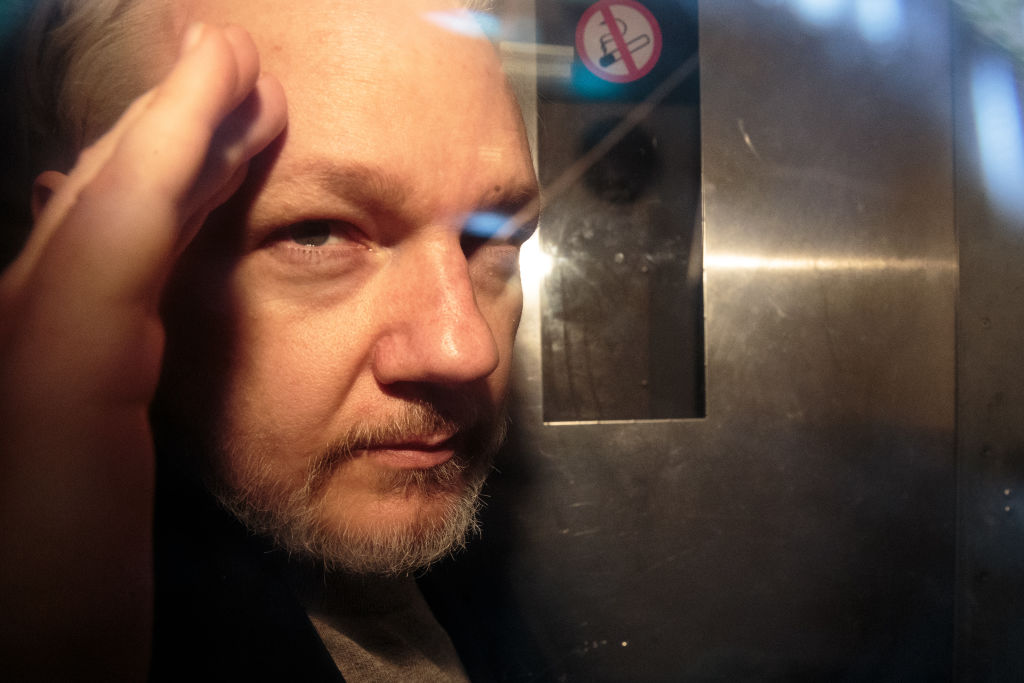 LONDON, ENGLAND – MAY 01: Wikileaks Founder Julian Assange leaves Southwark Crown Court in a security van after being sentenced on May 1, 2019 in London, England. Wikileaks Founder Julian Assange, 47, was sentenced to 50 weeks in prison for breaching his bail conditions when he took refuge in the Ecuadorian Embassy in 2012 to avoid extradition to Sweden over sexual assault allegations, charges he denies. The UK will now decide whether to extradite him to US to face conspiracy charges after his whistle-blowing website Wikileaks published classified US documents.

Julian Assange has been sentenced to 50 weeks in jail by a Southwark Crown Court in the UK for breaching his bail conditions.

The WikiLeaks co-founder, according to BBC, was sentenced by Judge Deborah Taylor who said he deliberately put himself out of reach, while in the UK.

Assange was arrested last month outside the Ecuadorian Embassy in London where he has been living since 2012 to avoid extradition to Sweden over sexual assault allegations, which he has denied.

The judge said Assange’s continued residence at the embassy and bringing him to justice had cost taxpayers £16m.

In a letter read in court, Assange said:

I apologise unreservedly to those who consider that I have disrespected them by the way I have pursued my case.

This is not what I wanted or intended.

I found myself struggling with terrifying circumstances for which neither I nor those from whom I sought advice could work out any remedy.

I did what I thought at the time was the best and perhaps the only thing that could be done – which I hoped might lead to a legal resolution being reached between Ecuador and Sweden that would protect me from the worst of my fears.

I regret the course that this took; the difficulties were instead compounded and impacted upon very many others.

Whilst the difficulties I now face may have become even greater, nevertheless it is right for me to say this now.

Assange is now facing US federal conspiracy charges over the leak of government secrets. He faces up to 5 years in prison if convicted.