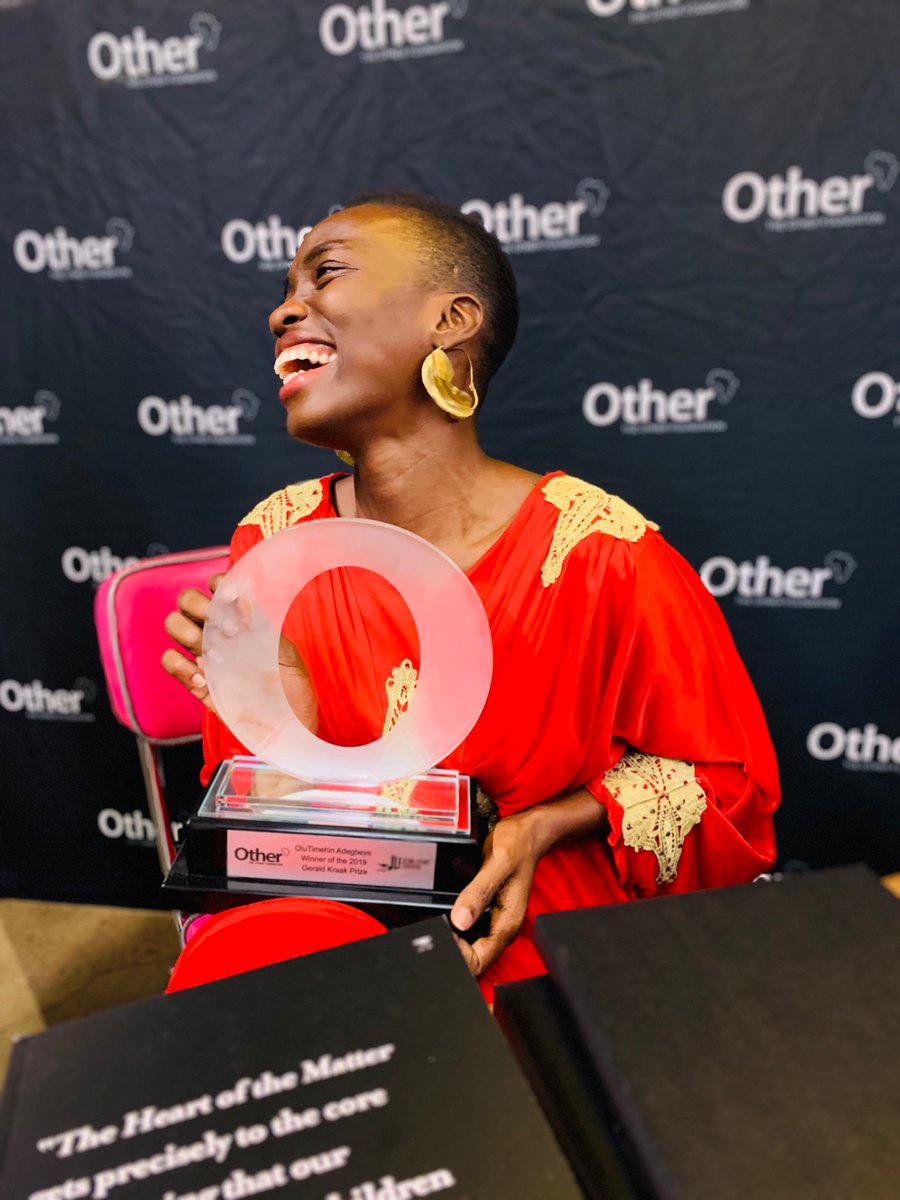 Nigerian writer, speaker, and activist OluTimehin Adegbeye has been awarded the 2019 Gerald Kraak Prize for her nonfiction piece “Mothers and Men.”

Adegbeye was announced winner Thursday night at the Gerald Kraak Prize ceremony in Johannesburg, where the prize anthology The Heart of the Matter was also launched, according to Brittle Paper.

Judges described the piece as “a sensitive memoir casting new light on questions of rape, secondary victimisation and motherhood.”

“As you might imagine, I am giddy with joy and pride…. This prize means a lot and the love from so many people I respect and admire means even more,” OluTimehin wrote on Twitter.

She continued: “I am so full of joy. Thank you so much to everyone who has sent me congratulations, and special thanks to my #Afrifem sisters and family without whom this essay could never have been written. More coherence later; for now, just pure, pure joy. #GeraldKraak2019″

Brittle Paper reports that the R25 000 Gerald Kraak Prize was founded in 2016 by Jacana Literary Foundation and The Other Foundation, in honour of the late activist Gerald Kraak and it aims to honour writing and photography by Africans which “provoke thought on the topics of gender, social justice and sexuality.”