On Saturday, June 1st, 2019 World Milk Day was celebrated in over 80 countries. Now in its 18th year, Arla Dano® led the conversation in Nigeria which culminated in a farm-themed event in Lagos to celebrate milk and toast to its nourishing goodness.

Arla Dano® began this year’s celebration with a campaign dubbed ‘9JaMilkFest’ in which it made a friendly call to action enjoining fellow milk brands, complementary cereal food brands, and consumers to “Enjoy Dairy; It’s Good Nutrition” as this year’s event was so globally themed. This call to action sparked the beginning of the ‘9ja Milk Fest’, which ended in a festive World Milk Day celebration at the Ndubuisi Kanu Park, Alausa, Ikeja, Lagos on Saturday, June 1st, 2019. 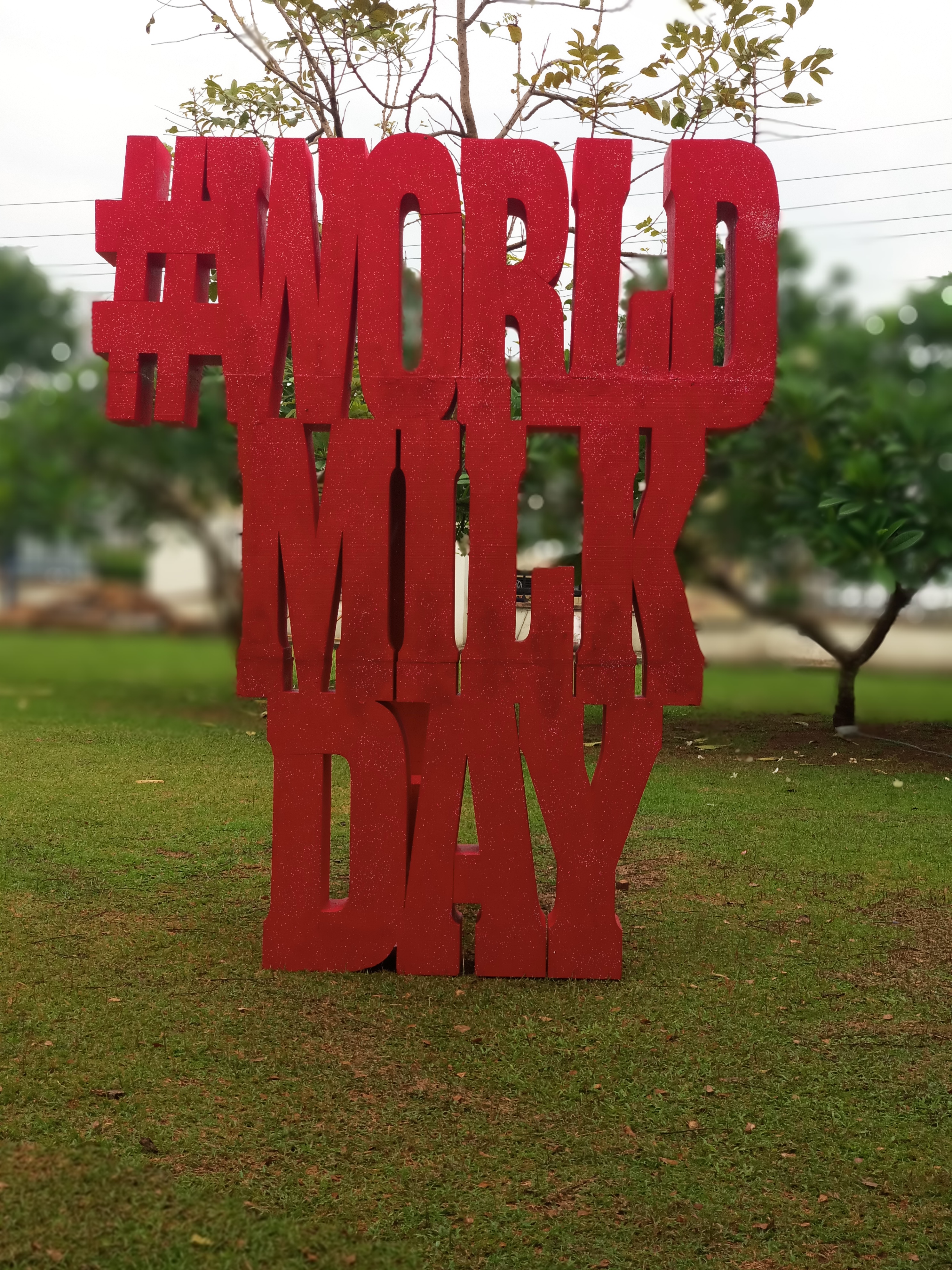 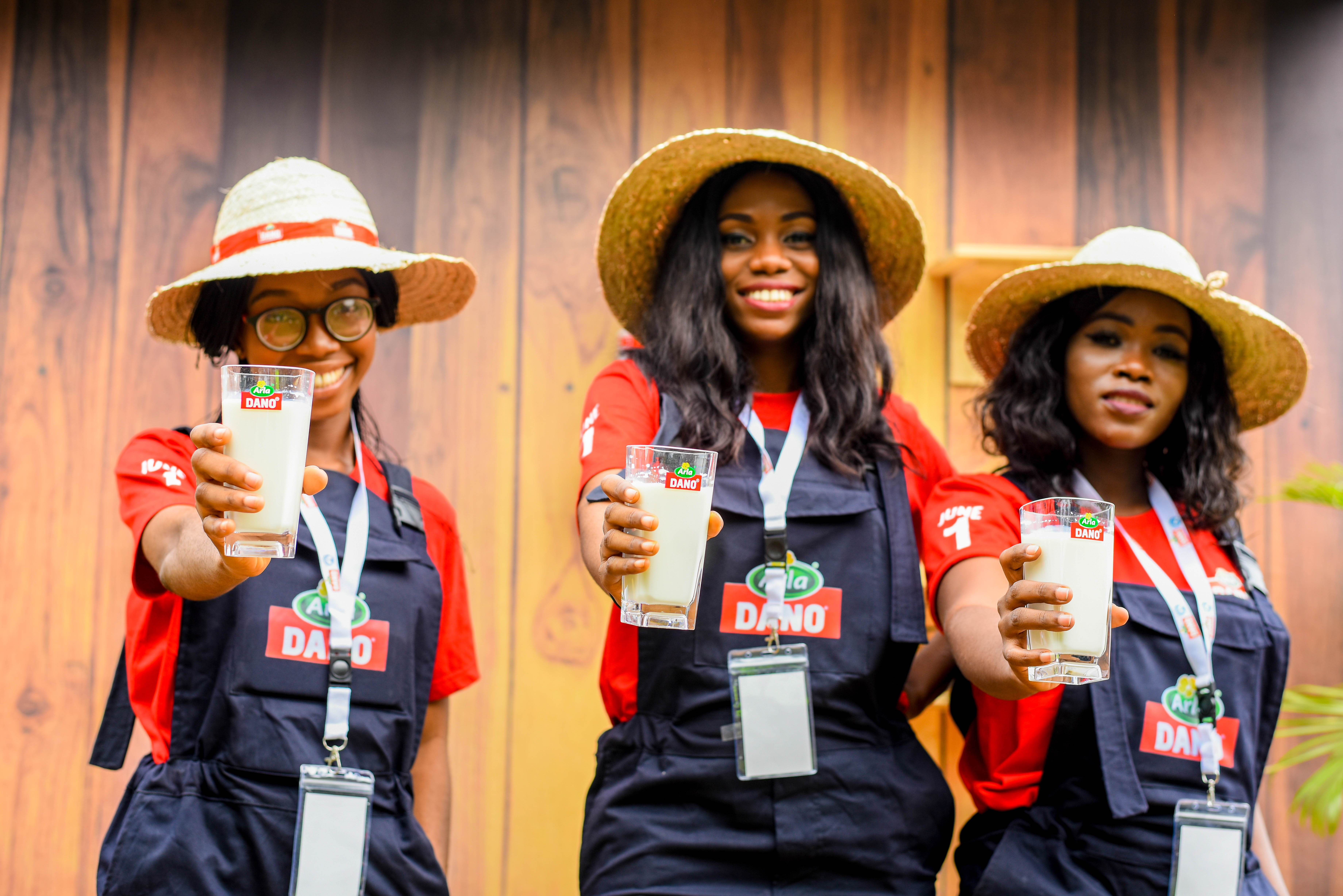 It is worthy of note, last year’s World Milk Day, the brand – supported by over 650 Nigerians – entered the Guinness Book of Records for organizing the world’s longest drinks pouring relay. This year, Dano rode on the global theme, taking the message of the nourishment of milk around the country through citywide rallies and outreaches. These spawned three states and touched thousands of beautiful Nigerian families. Supported by Nollywood actress and Brand Ambassador, Rachel Okonkwo, Arla Dano® paid a visit to the lovely children at Enugu’s Red Cross Orphanage Motherless Babies Home. In Lagos, comedian, Funny Bone was part of the Dano team that visited Yaba’s Makoko to put smiles on the faces of kids in the community.  Ibadan was not left out as the Arla Dano® team also visited the Tabitha Orphanage Home with comedian, SLK in Ibadan. 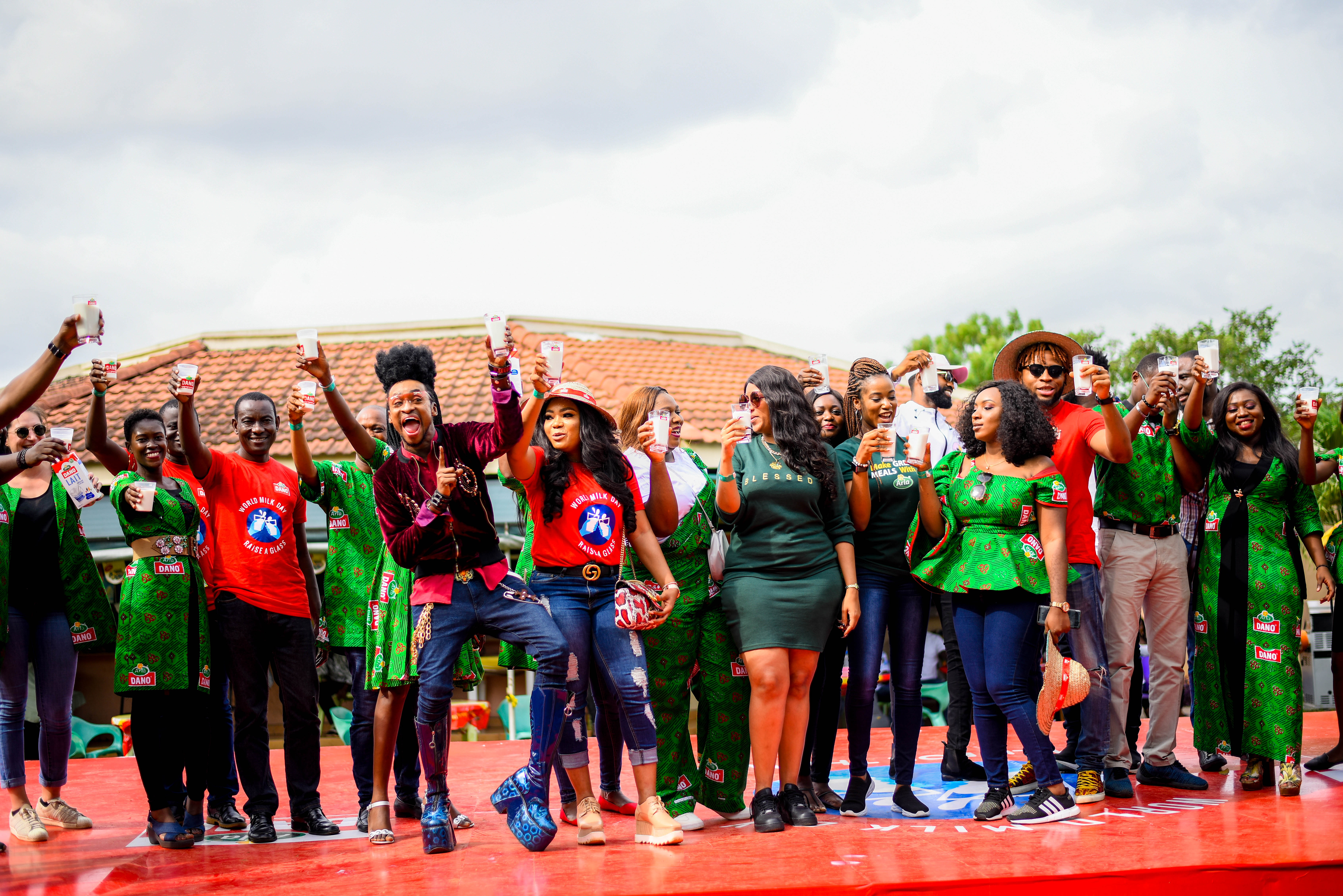 The movement was in full swing on June 1st at the Ndubuisi Kanu Park hosted by Funnybone, Chuey Chu and Larry Foreman. A-list Celebrities Juliet Ibrahim, Denrele and KennyBlaq joined many more celebrities who graced the event electrified with performances from musical artists Reekado Banks, Ric Hassani, and Chinko Ekun. There were also recreational games for both adults and children to enjoy. Chef Zeelicious left no one in doubt of her culinary prowess as she gave guests a taste of the fantastic meals and dairy-based recipes inspired by Arla Butter and Arla Cheese.

The essence of World Milk Day was not lost on the event, as guests, celebrities and the Arla Dano® brand team raised their glasses to good nutrition marking the high point of the event as guests were treated to a farm themed layout, inspired by Arla’s desire to show their consumers the milking process from grass to glass as a farmer-owned company. 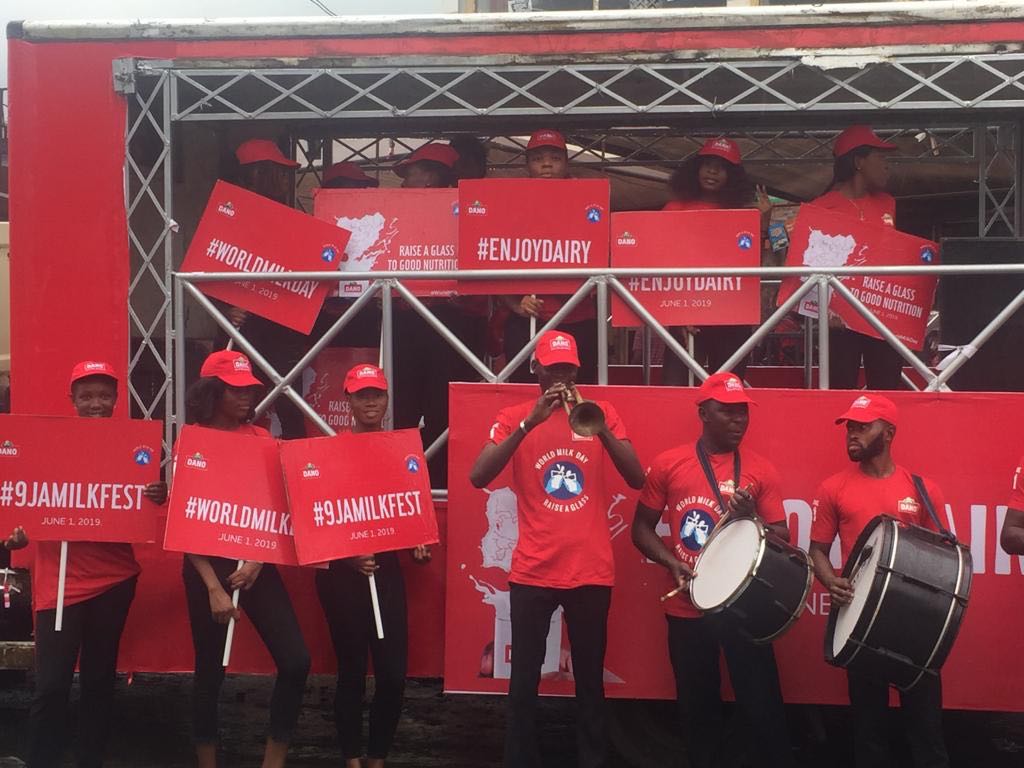 Guests, dairy consumers, fans and followers of Arla Dano® were also treated to milk-inspired meals and drinks and were educated by dignitaries from the Ministry of Health, NAFDAC and National Institute of Food Science and Technology (NIFST) about the importance of milk in daily nutrition.

It was indeed a spectacular day!  Looking forward to next year’s celebration already.

Muslims in Kaduna share The Goodness & Vitality of Malta Guinness