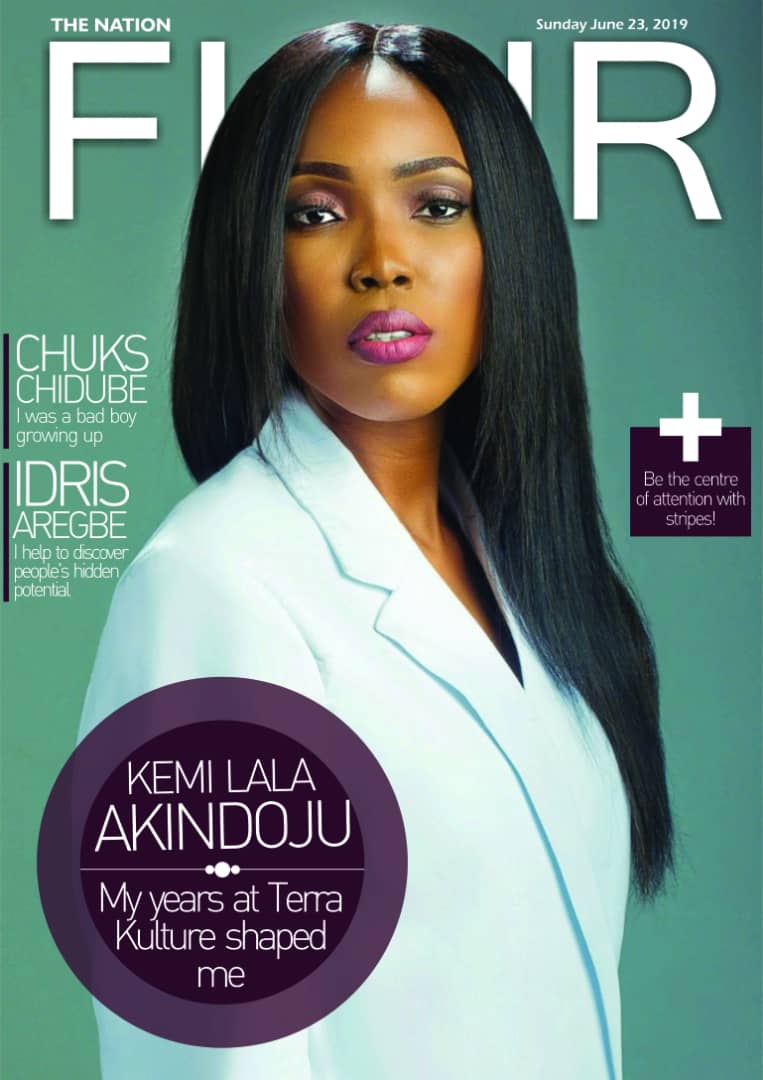 Actress and BellaStylista Kemi ‘Lala’ Akindoju is the cover star for The Nation’s “Flair” Magazine.

Lala Akindoju shares her career journey  so far in Nollywood and her plans for the near future with Yetunde Oladeinde.

On what inspired her to go into acting

I don’t think that anyone in particular did. I was just a growing child, a teenager who was confused. I just wanted to express myself. I was actually doing more music than acting. Then I went to UNILAG and studied Insurance and I knew that I wasn’t going to do anything with that. But I didn’t know how it was going to happen. I was singing more; I was doing voice over for jingles and then in 2005, I was asked to come and do a play for a guy who was in my church, who knew I could sing and the play needed an actor who could sing. It was my first play professionally and I knew this was it, because at that point, I was trying to figure out what to do. The fulfilment it gave me was amazing. That was the beginning, and then somebody who saw me do that play in 2005 hired me in 2006.

It was after the play in 2006 that I decided that ‘this is it’. I started to research the actors I wanted to be like, at home and abroad. They were Meryl Streep, Joke Silva, Taiwo Ajayi-Lycett, Kate Henshaw and Ireti Doyle. I didn’t know them at the time but I wrote their names down and found out that all of them had mastery of the stage. That was why I submitted myself to the theatre for five straight years. Also because I hadn’t formally been trained and that was my way of giving myself to training and saying ‘yes’ to the process.

On her favourite role so far

You Have To See The Muse Factory’s ‘Luminous’ SS19 Collection