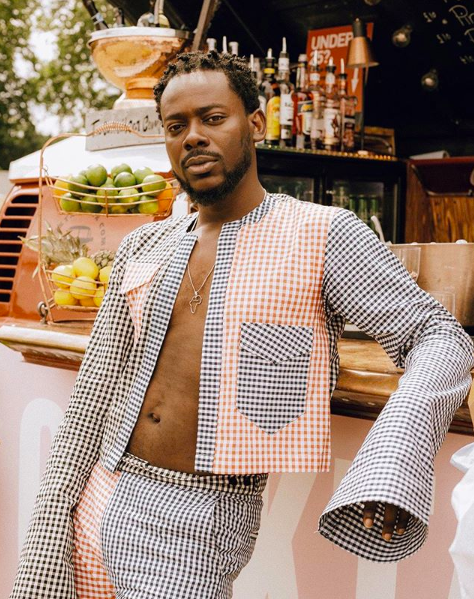 Adekunle Gold was the guest in the first ever episode of British-Nigeria journalist Tobi Rachel Akingbade‘s Yellow Cup Podcast and he talked about his thoughts on Beyonce’s latest album “The Lion King: The Gift” where the pop icon featured several Nigerian and African stars; his weirdest experience with a fan; his super private wedding with Simi; and upcoming album.

On his Wedding with Simi

Tobi Rachel read out a fan question asking Adekunle to marry them and she joked: “I think they missed out on something.”

Adekunle responded with “What did they miss out on?” and  “Who wants to marry? Let’s do it.”

The Ire singer than went on to joke that his wedding was just an elaborate music video shoot for his Promise duet with Simi.

Adekunle Gold went to to answer the question, saying:

I’ve said it before, if I wasn’t a celebrity –  if I wasn’t famous right? – I think I’ll still be like this. There’s only a certain part of my life that I want to put out there and as much as people want to know so much, people should also respect the fact that it’s a decision that I personally make and that she made herself. Just wish us well and know that we are doing amazing things. The extra things are never necessary.

Adekunle Gold announced his new album is coming out “very soon” and it is “very different”.

“I’m going to say AG2019, it’s been an interesting year for me. I’ve released singles that are way different from the things I used to do before. Shout out to everyone that streamed Before You Wake Up and Kelegbe Megbe. I’m releasing a new single very soon and then I am also releasing an album this year,” he said.

“And it is a very interesting one. So for my existing friends, I say ‘hold tight’ and for the new people I say ‘welcome’,” he continued.

He said the album would be different because he wants to “have fun this year.”

I think it’s incredible. We’ve been making our unique sound for the longest time. It feels good that people are paying more attention. Shoutout to people that opened the way for us to get our sound out.

Now is the time to fly. There are lots of opportunities to get our music out there.

I’m really proud of everyone on that album.

Adekunle Gold shared how a fan who’s been in his DMs came to his hotel in Dubai after he shared a video on Insta Story showing a signage which the fan said she used to locate the hotel.