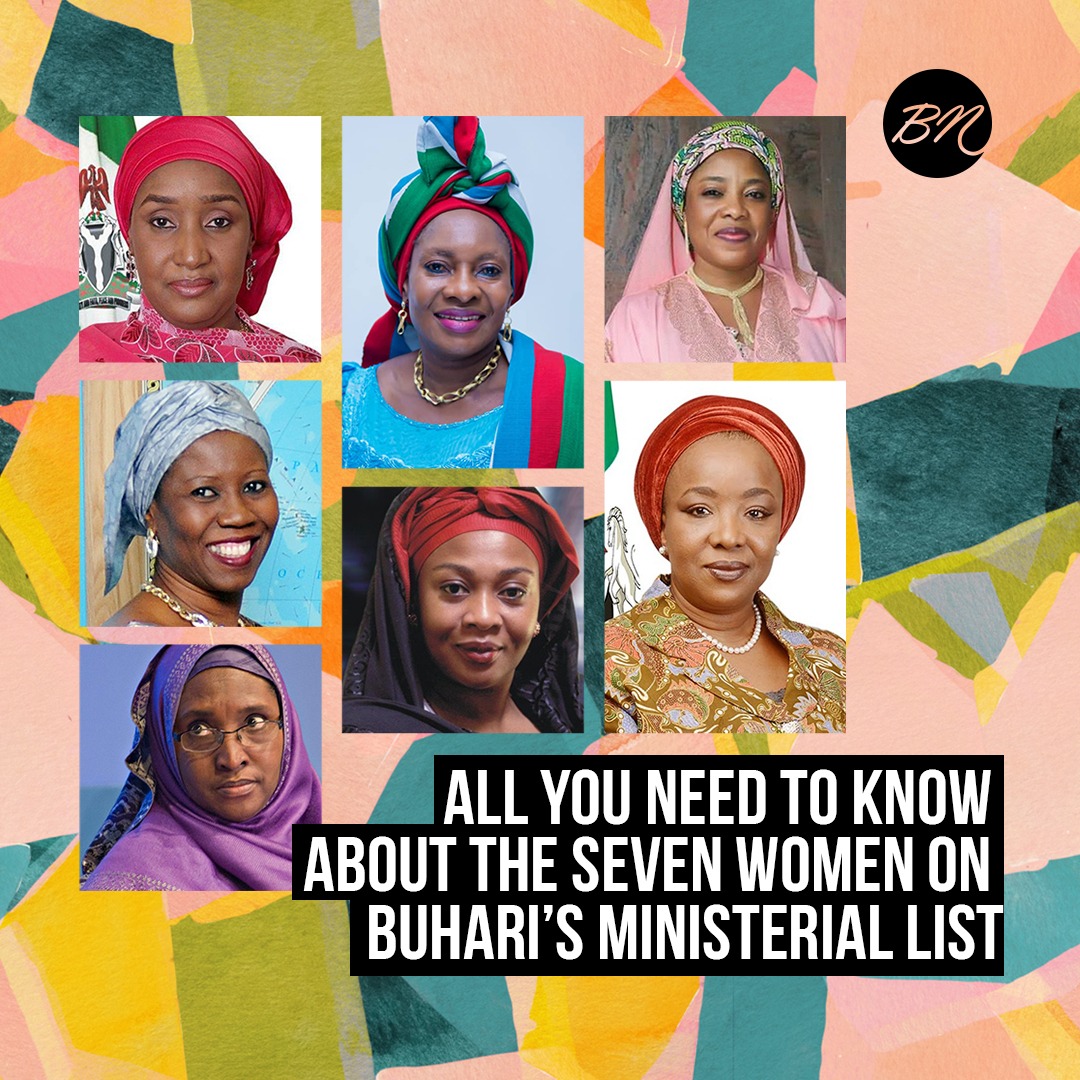 On Tuesday, the 43-person list of nominees list for the ministerial positions sent by President Muhammadu Buhari, was read on the floor of the Senate.

7 (1 in 6, about 16%) of the nominees are women, a number most social media users have criticised, and were quick to point out that it is similar to the 6 women out of 42 persons nominated in 2015.

Meet the women below:

Sharon Ikeazor is the celebrated Executive Secretary of Pension Transitional Arrangement Directorate (PTAD). She holds a Bachelor of Law degree from the University of Benin.

Maryam Katagum is Nigeria’s permanent delegate to UNESCO, serving since 2009. She holds a BA in English and a Graduate Certificate in Education from Ahmadu Bello, University, Zaria as well as a masters degree in Administration and Planning from University of Lagos. She also has a Certificate in Social Development Policy, Planning and Practice from University College, London.

Zainab Ahmed is the former Minister of Finance who took over from Kemi Adeosun following her resignation. She has a B.Sc in Accounting from Ahmadu Bello University, Zaria and also an MBA

Ramatu Tijani is a former All Progressive Congress (APC) National Women Leader. She holds a bachelors degree in Urban and Regional Planning from Ahmadu Bello University, Zaria. She also has a masters in Public Administration, and is currently studying for her Ph.D in Security and Strategic Studies from ABU, Zaria.

Gbemisola Saraki is a former senator representing Kwara Central. She has a bachelors degree in Economics from University of Sussex. She’s the sister of former Senate President, Bukola Saraki.

Pauline Tallen is a former deputy governor of Plateau State and the first female deputy governor in northern Nigeria. She had served as Minister of State for Science and Technology under former President Olusegun Obasanjo and was a one time governorship candidate in Plateau State.

Sadiya Farouq is the Federal Commissioner for Refugees, Migrants and Internally Displaced Persons. She has a B.Sc in Business Administration, a masters degree in International Affairs and Diplomacy, and an MBA from Ahmadu Bello University, Zaria.