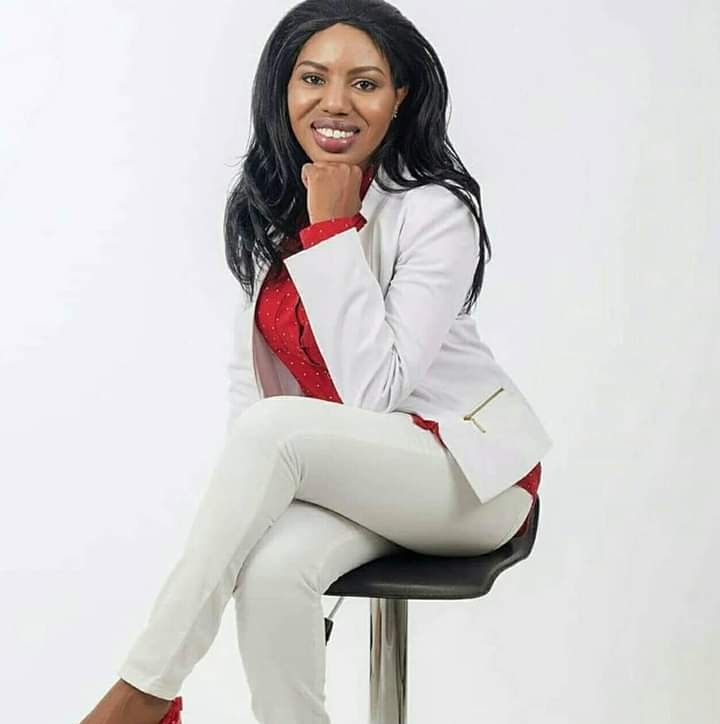 Pamela Gondwe has been placed on Red Alert List of most wanted criminals by Interpol, Lusaka Times is reporting.

Pamela, who was an employee of Barclays Bank is accused of stealing $400,000 cash belonging to the bank and is believed to have fled Zambia last month.

Before her disappearance, Pamela was among the people entrusted with the vault of Barclays Bank, Longacres Branch in Lusaka.

According to Lusaka Times, news from her family reported that they were shocked by Pamela’s theft.

“We are all very shocked because it is not like she was broke. She actually grew up in Dr Gondwe’s home. Pamela had money and we are just shocked that she could do such a thing, it is shocking,” a family member said.

The family source added that as Premier Retail Support Staff at the Bank, Pamela was getting about K20,000 a month as salary.

“You can see that this is not someone desperately in need of cash, she probably just wanted to go away and start a new life,” the source added.

The Commission is tying to piece together a puzzle of how Pamela single handily stole and concealed US$ 400,000 from Barclays Bank Longacres Branch. So far, about four of Pamela’s close friends were summoned at DEC Headquarters in Lusaka for questioning, and two Managers at the Bank have since been suspended following the heist.

Commenting on the situation, a bank employee said “It’s simply procedural. You know the Bank has got systems and if those systems are breached, someone has to pay and unfortunately the Managers are taking the heat. From the way it appears, they could even lose their jobs.”

Investigations conducted so far have shown that Pamela had paid rent in advance last week for her sisters and dependents to cover a period of ten months. A check on her social media profile showed yet she loved traveling and maintained an expensive lifestyle.

Pamela had been caught on CCTV loading the stash of cash into a bag she recently purchased.

It is believed that about two weeks ago, Pamela went to work carrying an empty bag and claimed that she had just bought it from a vendor at Longacres.

She left the bag in the vault room and on Monday, Pamela told a workmate at the Vault section that she had received instructions from the Head Office to get the serial numbers for all the US Dollars in the Vault.

The two then entered the Vault and started serialising the batches of US dollars in the Vault.

Midway, Pamela offered her female colleague a Sausage which was cold and the colleague decided to go and warm it from the Staff Canteen and eat it from there.

Pamela then quickly loaded all the US Dollars in the bag and hid the bag within the banking premises.

She then used the back door out of the bank to the alley between Puma Filling Station and the Bank through to Longacres market and disappeared, leaving behind her mobile phone.

Later, bank officials became suspicious after she did not return and they managed to open the Vault using a master key only to find that US$400,000was missing.

A glimpse into the CCTV footage showed her loading the money in her bag.’

The Bank then reported the case to Longacres Police after it noticed that $400,000 had vanished from its US dollar vault.

In a statement to Zambian Watch, Pamela said she didn’t rob the bank alone, adding that she couldn’t disclose her location. She said:

Zambian Watch in line with your request, I’m so sorry but i can not disclose my location right now until the dust settles. You might wish to know that i’m not denying the allegations. But what i can tell you is that the money that was gotten from Barcklays Bank long Acres branch is $300,000. My supervisors know this.

I have been following media reports, the truth of the matter is that im not alone. I can not get that lots of money alone. Infact there are three keys to the vault. The first key is being kept by a diffrent person, the second key too and then my key i use to keep. So people must really ask themselves a question. How did i get access to the other two keys? The truth will come out later but for now i’m not willing to come back home. I will be here maybe unless if i die. People at that Bank want to take advantage of the situation. Branch managers know what i’am talking about.

Ms. Gondwe says it was unfair for people to target her only as a thief riding on the name of her uncle who use to be Bank of Zambia Governor.

People are just trying hard to use my uncles name so that they can destroy it. People in this matrix are alot but because of a Mr. Gondwe who happen to be my uncle people are trying to dent the name. I can wish all my friends well in this episode but im afraid i wont step a foot in my country alive.

Pamela is also the author of a book titled ‘Tears in a suitcase’.

Senate Investigating Elisha Abbo over Physical Assault on a Woman