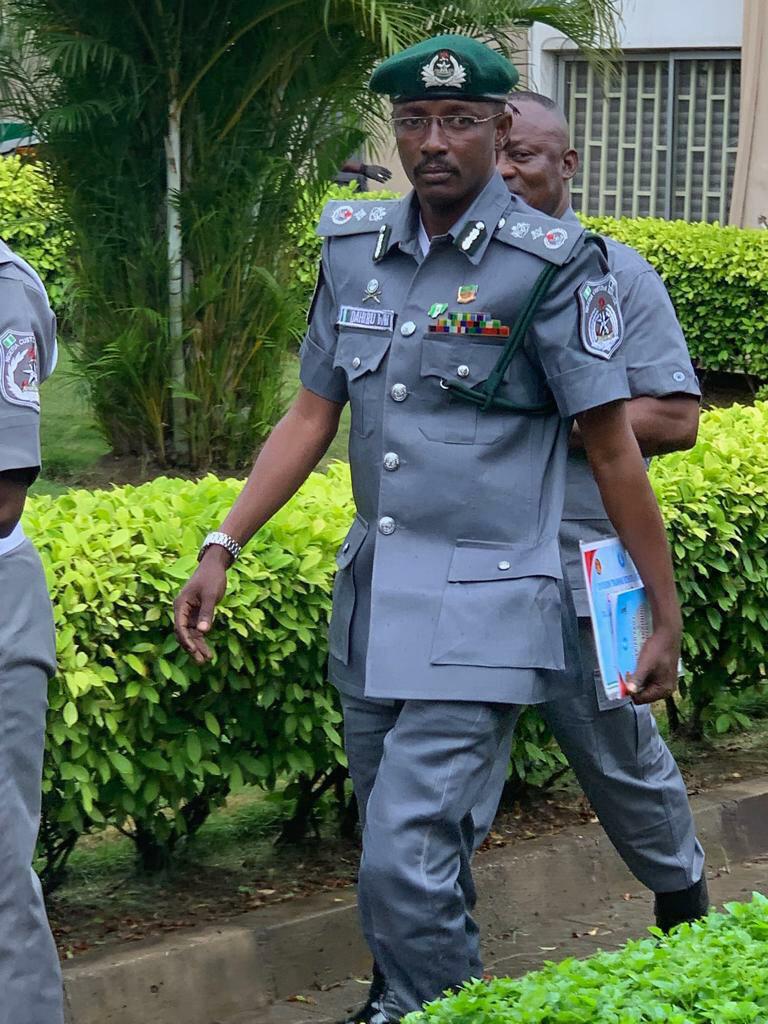 If reports on social media are anything to go by, there was mild drama at the headquarters of the Nigeria Customs Service (NCS) after an Assistant Superintendent of Customs, Nura Dalhatu promoted himself to the rank of Deputy Comptroller-General and invaded the officer of the Comptroller-General Col. Hammed Ali, attempting to take over as the new boss “as directed by the president.”

BREAKING: A Nigerian Customs Officer, Nura Dalhatu, from Katsina state promoted himself to the Rank of Comptroller General of Customs & visited Col.Hameed Ali in his office to take over as the new CGC "as directed by the president."
He has since been arrested. Via @PorscheClassy pic.twitter.com/1AusdrYa5T

A spokesperson for Customs Joseph Attah told Guardian Nigeria that Dalhatu was questioned about his action and he replied in a manner indicating he is mentally challenged. Attah said:

It was obvious that he was not in the right frame of mind from the question and the answer he gave.

What happened was that, an Assistant Superintendent of Customs came to the office today wearing the rank of a Deputy Comptroller-General.

From questions and answers that followed, it was obvious that he was not in the right frame of mind, so a Doctor was immediately invited.

He is presently under going medical examination at the medical unit of the service.

Attah however told Premium Times that Nigerians should dismiss social media rumours saying Dalhatu attempted to take over the position of Comptroller-General.

Attah said more information will be released to the public soon.