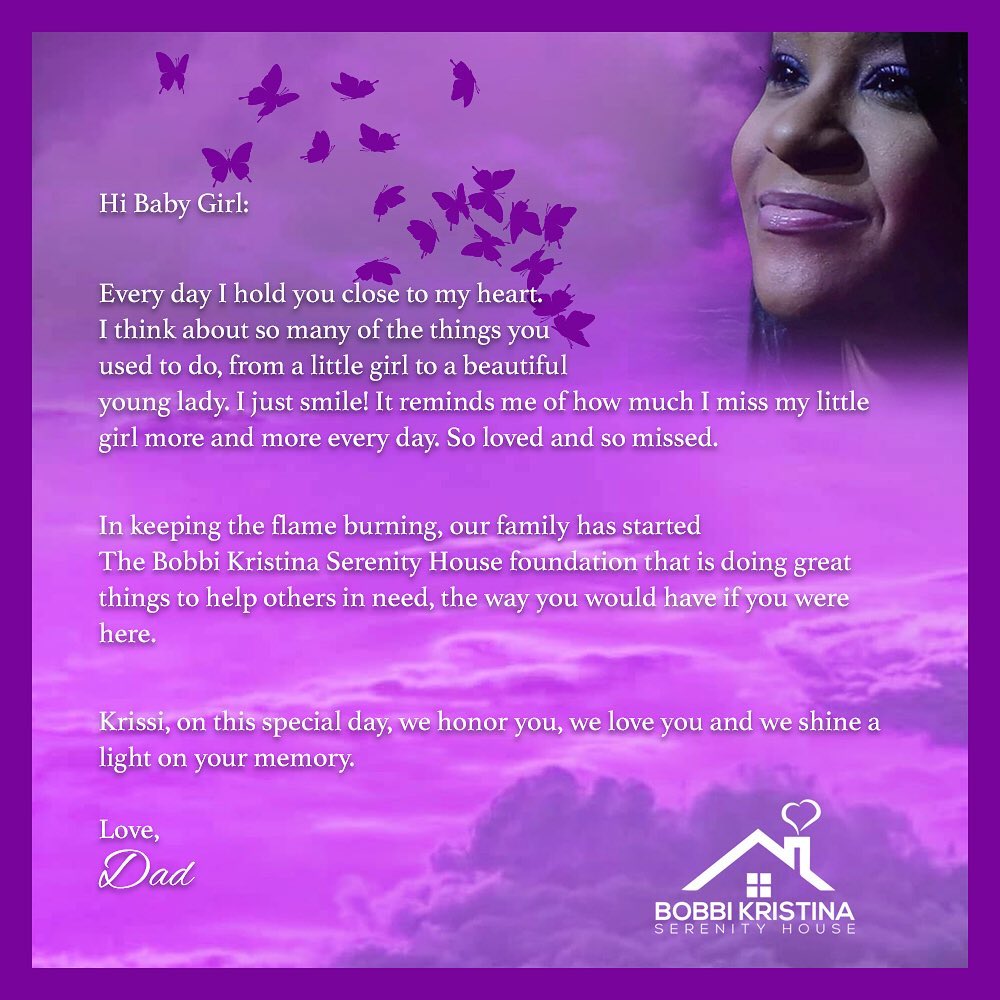 It’s the fourth year anniversary of Bobbi Kristina’s death after she passed away at the age of 22 in 2015.

The tribut was posted on an Instagram page for Bobbi Kristina Serenity House, a domestic violence shelter founded by Bobby Brown in his daughter’s honor.

The caption for the post read: Today we recognize the first annual Bobbi Kristina Day – July 26th, 2019. We miss you so much Babygirl.

Every day I hold you close to my heart. I think about so many of the things you used to do, from a little girl to a beautiful young lady. I just smile! It reminds me of how much I miss my little girl more and more every day. So loved and so missed. In keeping the flame burning, our family has started The Bobbi Kristina Serenity House foundation that is doing great things to help others in need, the way you would have if you were here. Krissi, on this special day, we honor you, we love you and we shine a light on your memory.

Linda Osifo is celebrating her Birthday with these Gorgeous New Photos

“About to walk down the aisle and be a mommy” – Is Nicki Minaj telling us something with this Song?