On A Lighter Note

“We don’t have TV, so we are switching channels with our topics”- Omashola 2019

Diane and Mercy had us cracking up when they played a game of wit in the lounge.

The game involved both of them writing down the name of a country which starts with the letter of the alphabet mentioned – It went well until Diane asked what country which began with ‘L’.

In her response, Diane wrote ‘Luxembourg’. This situation confused Mercy who in turn sought Jackye’s advice as she had never heard of such a country. The argument that followed on if Luxembourg was a state or a country was inconclusive and this brought the game to an end. Dear Diane, next time please choose ‘N’ so we can all write ‘Nigeria’.

I’m hearing Luxembourg for the first time tonight on #BBNaija and I’m not ashamed to say it, y’all can call me OLODO.

Most people be claiming like they know what Luxembourg is
????
Most of y’all searched for it
Nd dat doesn’t exclude me pic.twitter.com/5RVJainVka

Once Upon A Time

It was story time again as the Housemates gathered in the bedroom to narrate their favourite movies and how many times they have watched them. The excitement in their voices and the lights in their eyes showed us they miss that luxury. Maybe if they maintain good behaviour, Biggie might surprise them with a film show one of these days. 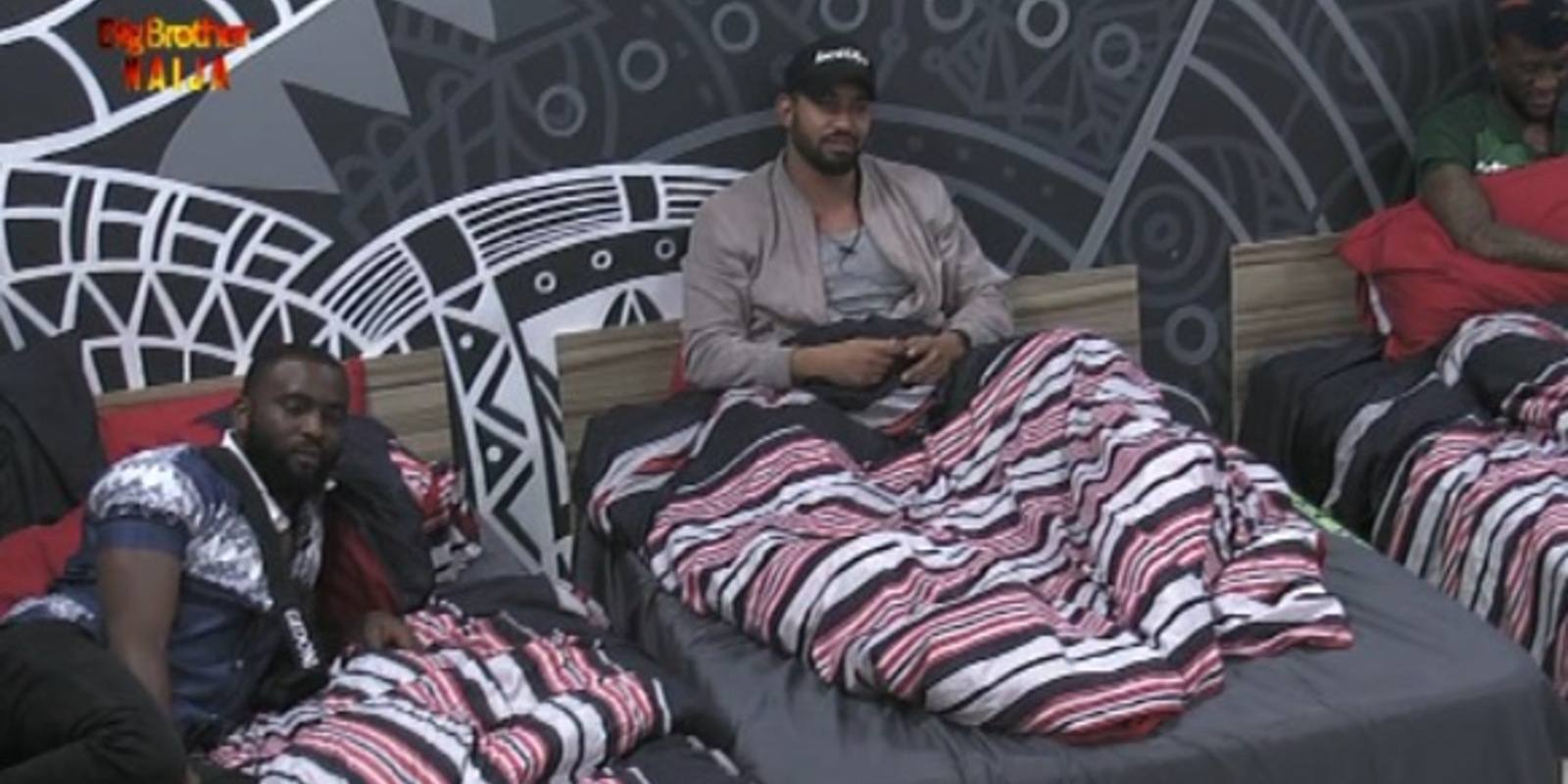 To Thyself Be True

Trust Jackye to keep her audience wrapped around her thumbs when there is a convo at hand.

This time, it was wisdom nuggets from her to artistes and creatives who live fake lives. She urged them to put on the cloak of truth as it would help them in the long run. Jeff, Sir Dee, and Omashola also agreed to her statement by sharing personal experiences to validate their points. We hope the concerned parties took note during her speech.

We won’t fault the Housemates for spicing up their day. After all, it’s Pepper Dem season.

An Anticipated Return From Seyi And Tacha

Life is full of surprises and the Pepper Dem gang are not excused from it.

From the moment Ebuka announced their fake Eviction from the BB Naija House, Seyi and Tacha’s names have been on the lips of their fellow Pepper Dem Housemates.

Their exit from the House gave the rest of the Housemates room to express how they truly felt about them and a couple of them didn’t hold back.

After being put up for Eviction twice, Tacha already got the message loud and clear a long while ago that the Housemates weren’t fans of her. “They see me as a threat and they want to get rid of the threat,” she said during her Diary session shortly before she was fake Evicted.

What was most surprising was how easily they all moved on after Seyi’s exit with little being said about him. One would think he left a lasting impression to be missed long after he was gone, but that isn’t the case.

We’re not expecting a happy get-together but hearing what their fellow Housemates had to say about their exit, we don’t know what to expect from Seyi and Tacha’s homecoming.

Apparently, some of you are anticipating the drama from their unexpected visit

Frodd seeing tacha and seyi coming back into the house #bbnaija pic.twitter.com/erTmnXVUZg

The way Esther go take run away from Frodd when Tacha & Seyi return go shock some ? ? ?…and Esther will try 2 be nice with Tacha.#BBnaija

A reunion party may be far-fetched but following Seyi’s plan to come back into the house with a different side of him – (according to his confession to Tacha in the Secret Room), we bet game mode will be fully activated.

The return of Seyi and Tacha was met with surprises and celebrations.

News of a possible celebrity guest in Biggie’s House had our Pepper Dem Gang filled with excitement! It was going to be their first guest in the House, how could they not be thrilled!

They instantly started to plan the best ways to impress their “special” guests. You know how the saying goes, first impressions count, especially if the guest could turn out to be Don Jazzy as Jeff and Khafi speculated. What would they not do to give their guests a befitting welcome? While some of them stormed the kitchen acing their culinary skills, others tidied up the House.

Imagine spending time prepping for some guests you’re so much looking forward to receiving, only to realize that they are people you had hoped to have said your final goodbyes to. Tacha and Seyi were met with loud and joyous screams but it was a case of when your face betrays you for a lot of the Housemates.

With all the smiles flashing about, it’s kind of hard to tell who had a second thought about this return. But our roving eyes caught Thelma, Esther, and Diane who had to hug Seyi first before recognizing Tacha. Or maybe they just didn’t know. Even Ike’s hug was a brief one. Wait a minute, weren’t Frodd and Jeff in the room when their distinguished visitors entered? They seemed to have disappeared amidst the other Housemates who were eager to catch a glimpse of the guests.

For Mercy, it was as if the dead had risen. She quickly became a classic case of if looks could kill when she laid her eyes on Tacha. How about Sir Dee, Nelson, and Gedoni? We tried to find out which one of these appeared the most excited, but we couldn’t. The real motive behind those broad, flashy smiles could not really be determined. 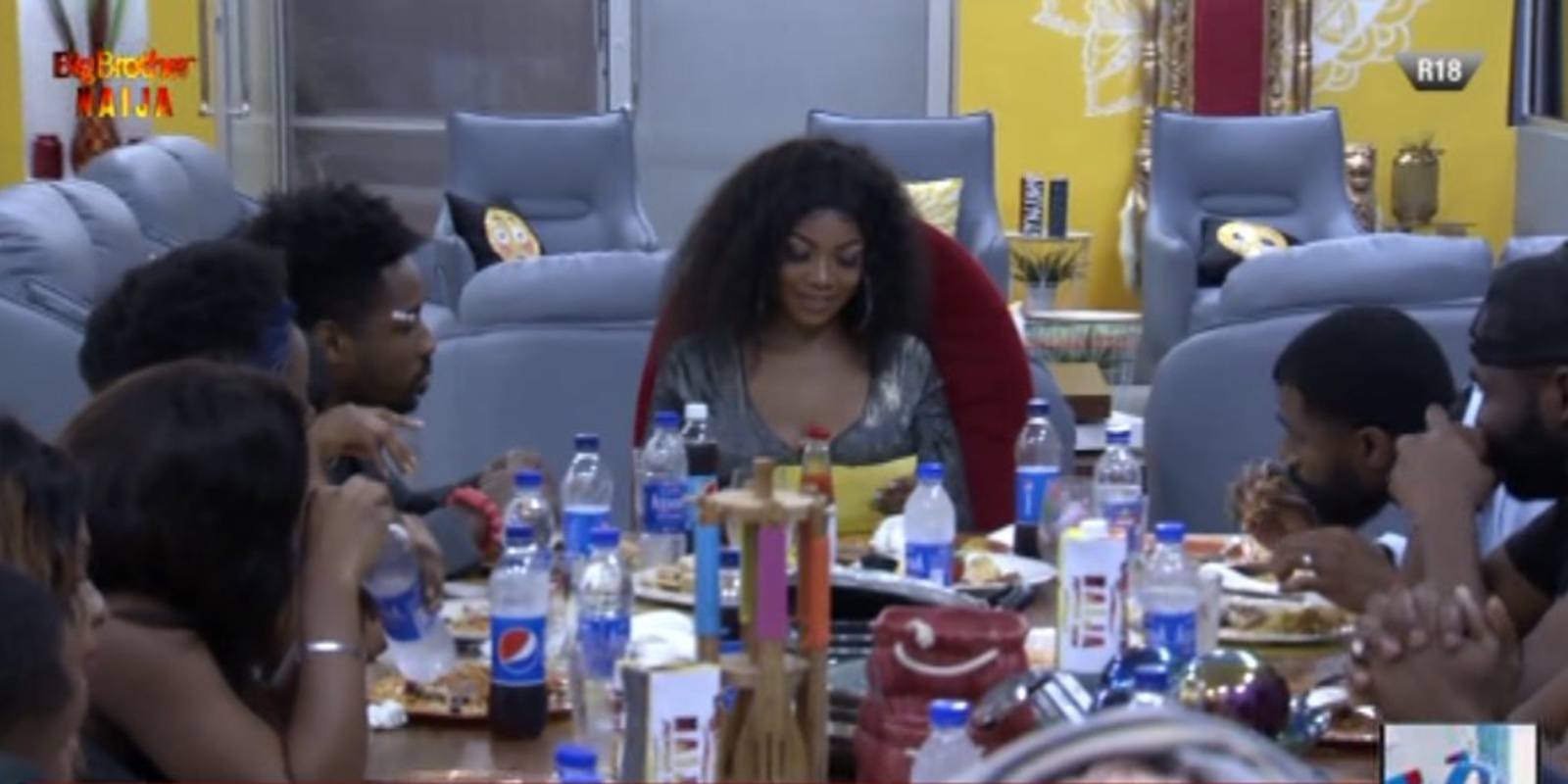 After enjoying the reunion meal, Tacha and Seyi read a letter addressing each of the Housemates. Seyi managed to deliver his with just enough diplomacy and a touch of spice. But Tacha did not hold back. In true Port Harcourt’s first lady style, she was frank, brief and even went in for Jackye. “You are you,” she asserted, with just enough spice in her tone.

With Tacha and Seyi’s return, will it be business as usual in the House? Or will anybody take back what they had said before the second coming?