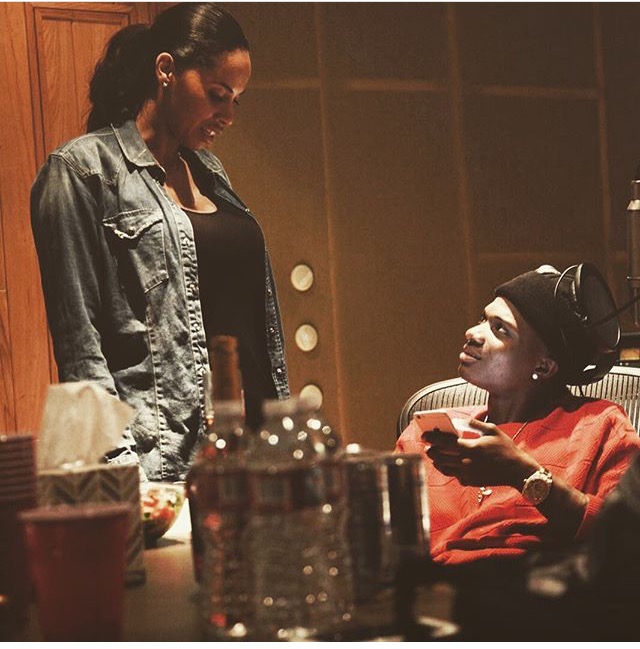 Wizkid‘s estranged manager and mother of his third child, Jada Pollock has accused him of domestic violence.

Jada, in a now deleted post on her Instagram Stories, narrating how she has suffered years of abuse in his hands.

She alleged that Wizkid hit her multiple times during the relationship, even

“From today, Ayo and I will no longer work together. I have been in an abusive relationship with him for years. Covering up for him time and time again and I am tired.

“Wiz continuously puts his hands on me, leaves me with bruises that I cover up from the world, including my friends and family.

“It often feels like we are at war in the same house. I have done all I can to keep this all together but from today, I let go.

“You can support someone as much as you can but at some point, you have to value yourself. I can’t raise my son in this kind of unhealthy environment,”

Jada calling out Wizkid on domestic violence does not tell well about his personality, especially since his other baby mama’s have called him out on different issues. You could be talented, but a terrible character like this a turn off that can ruin your career. Fix up your life!

This is not one of those times that wizkid keeps quiet and let people debate everything. He better speak up in his defense…. if he has any.

If you’re still supporting Wizkid even after this Jada P’s accusation you’re no different from those who supported the COZA pastor. Y’all lotta bunch of hypocrites. Tueh!

I don’t care about this Wizkid Jada saga…I’ll ride for The legend,all day everyday pic.twitter.com/hHlBH2Zm1q

The funny thing about this whole Wizkid and Jada thing is that some girls are fighting to be the fourth baby mama. pic.twitter.com/QWviVjJcSB

#wizkid always a dead beat father clear irresponsible if it was davido now #wizkidfc would have been shouting up and down, i have never liked cause he is cunny and a green snake under green grass# violent drug addict pic.twitter.com/T5V69TQdwI

Just when I thought my MCM could do better in his personal life, he disappoints yet again. Wizkid is toxic. He needs to be held accountable for this. ??‍♀️

Birthday yesterday and dragging today, honestly you guys don't know the gist… #OlobaWizzylion I am not sure that he is a wife beater and I believe he will address it at the right time @wizkidayo #Jada.P

I believe Jada is lying, why would wizkid beat her. Of all the things his baby mamas accused him of, physical abuse isn't among. So why would he do that to you. She is only trying to destroy his career and we wouldn't let that happen. He is stronger than that #Wizkidfc I stan https://t.co/wGB9zVsCkV

The way you lots jump on whatever topic that's comes up makes me wonder. She said he abuses her, right, that's a very terrible thing to do to anyone. But don't you think we should hear from @wizkidayo b4 we can draw our conclusions?

So we all started an online rampage against pastor Biodun when he was accused of rape but wizkid’s baby mama is now accusing him of domestic violence and you abandon that issue to troll Davido? pic.twitter.com/SCSZDMFK0R