"The Wait" Reaches No. 1 Spot on Netflix Nigeria | 7 Reasons Why You Should Watch! 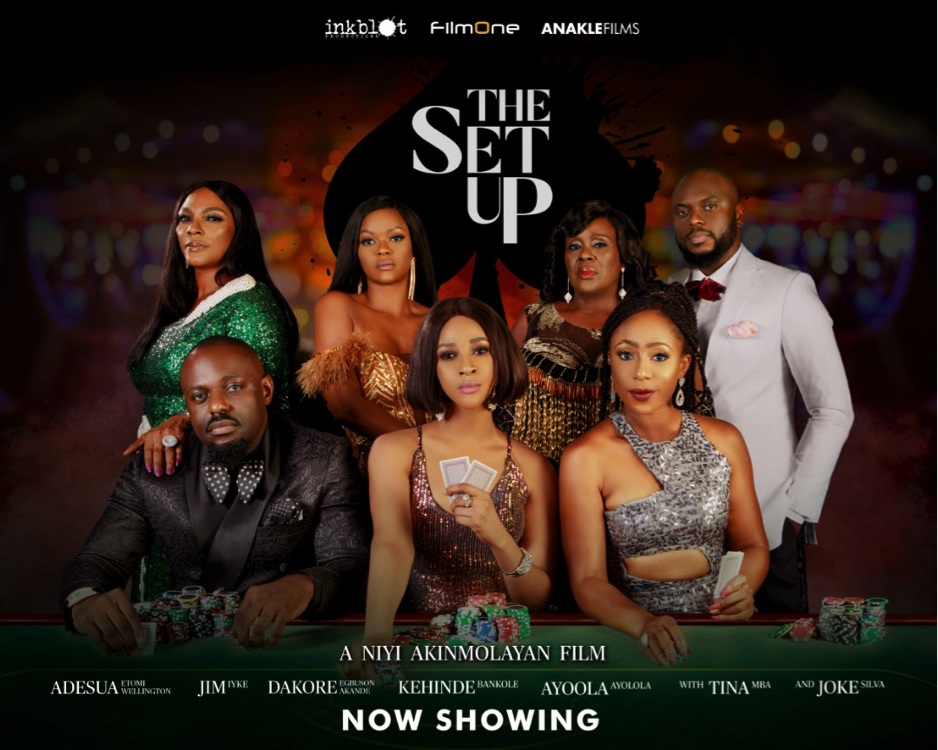 The highly anticipated Nollywood film of 2019 “The Set Up” opens in cinemas today, and here are 10 reasons why The Set Up is the film you should be seeing in cinemas this weekend

The Set Up boasts of an outstanding cast that includes Adesua Etomi-Wellington, Dakore Egbuson-Akande, Jim Iyke, Kehinde Bankole, Joke Silva, Tina Mba and Ayoola Ayolola. The brilliance and creativity of these actors cannot be overemphasized and this is evident in The Set Up.

Every bit of The Set Up is beautiful. The direction, the photography and the colour grading is superb. Every scene from start to finish is a wonderful sight to behold.

3. The Set Up Is Inkblot Production’s 10th Film

It is a major milestone for Inkblot Productions, the producers of The Set Up also responsible for The Arbitration, Out Of Luck, The Department, The Wedding Party 1&2, My Wife And I, Moms At War, Up North and New Money.

5. Everyone Is Raving About It

Everyone who has seen The Set Up swear it is amazing and different. Celebrities like Deyemi Okanlawon, Lota Chukwu, Gabriel Afolayan, Femi Jacobs, Lala Akindoju and Tope Oshin were all gushing about the film after seeing it at the premiere.

6. Adesua Promises To Return Your Money If You Don’t Like The Set Up

Lead actor Adesua Etomi Wellington who plays Chike in The Set Up has promised to return your money if you watch The Set Up and you don’t like it. The Set Up is a film that will definitely give you value for your money when you see it. It is beyond doubt, an amazing film.

7. The Sound Track And The Score

The soundtrack for The Set Up, Lights Go Out by Dinachi Onuzo and the score by Grey Jones, takes us through the ups and downs of the film. The sound captivates the right amount of energy and emotions the film portrays.

You will love this masterpiece by @dinachionuzo more once you watch #thesetupfilm this weekend. You can preorder/ pre-save the new single on Spotify and ITunes.

The director of The Set Up Niyi Akinmolayan is best known for directing highest grossing Nigerian Films The Wedding Party 2 and Chief Daddy.

The Set Up is well written. The story moves slowly then quickly. Chinaza Onuzo weaves an incredibly suspense filled story so beautifully that after the first watch, you will want to go and see it again.

See the screening dates below. 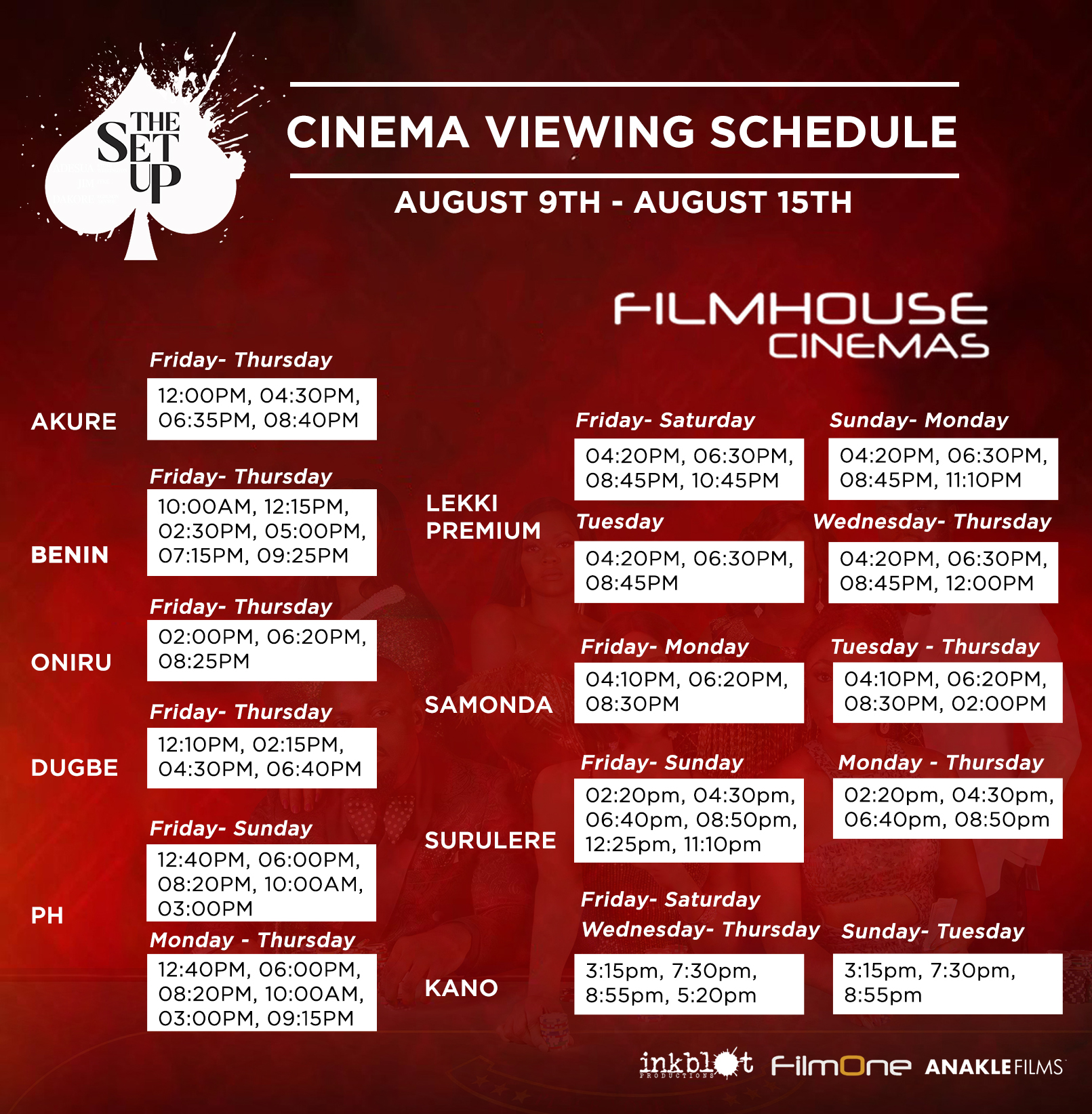 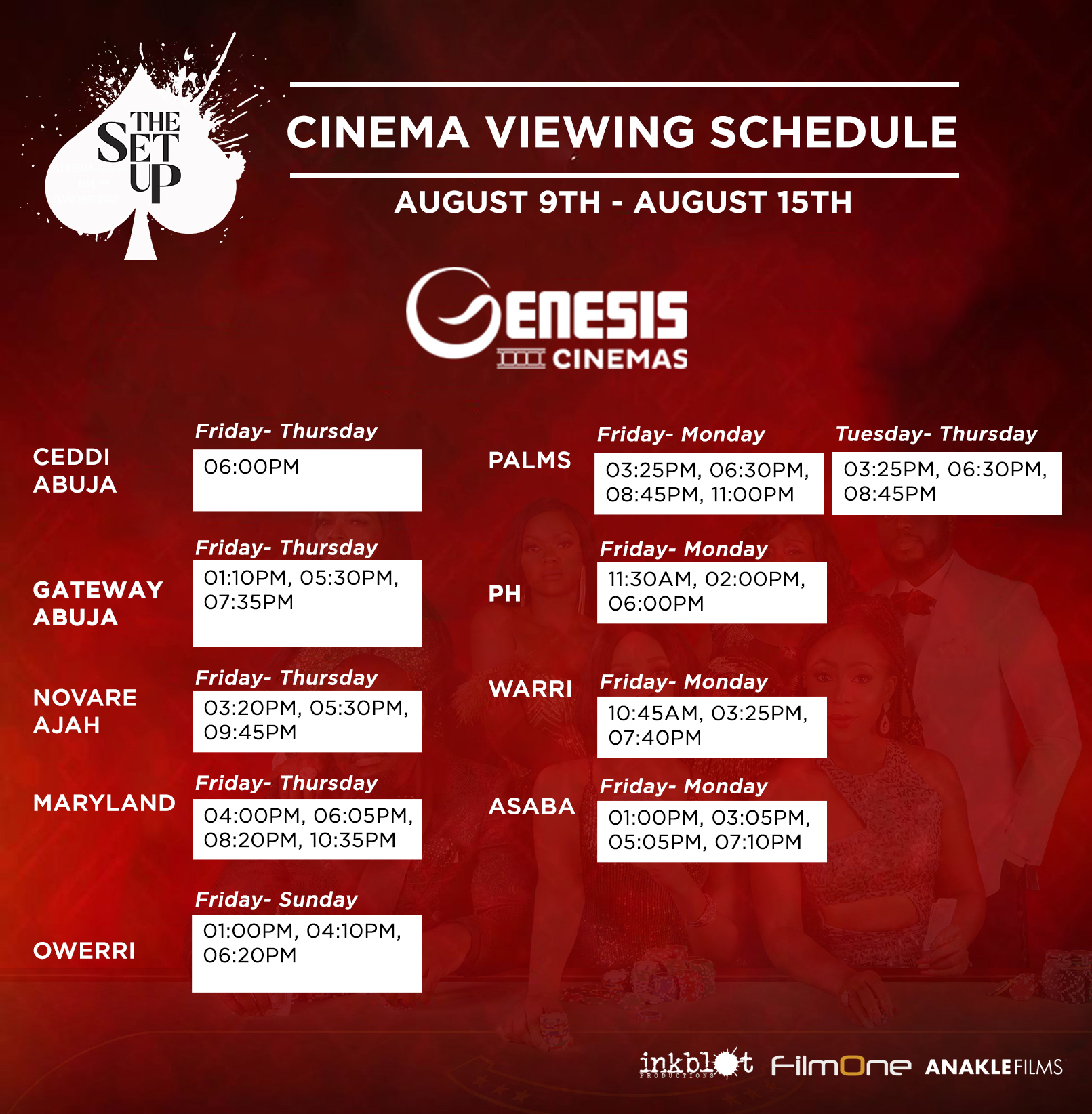 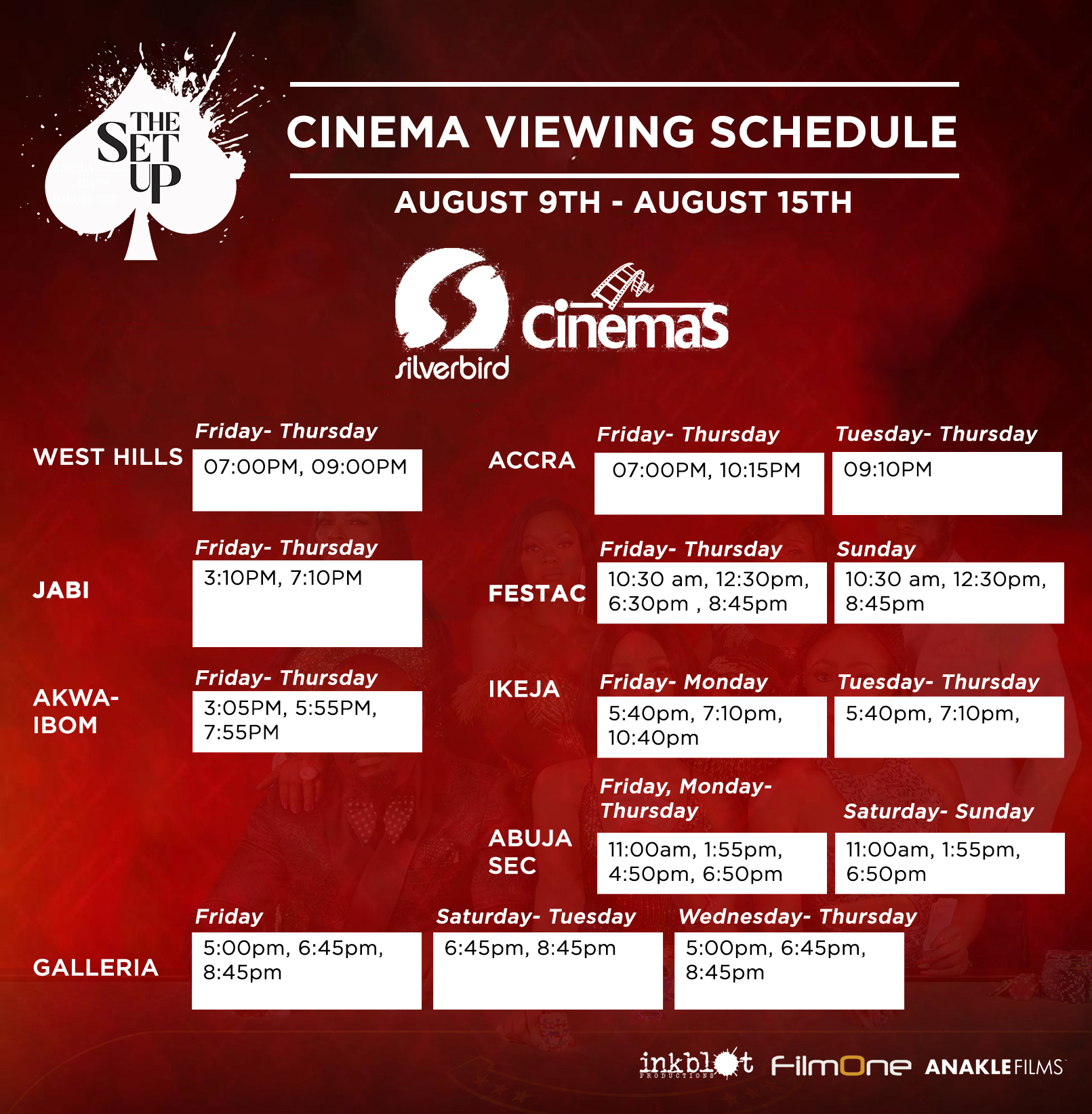 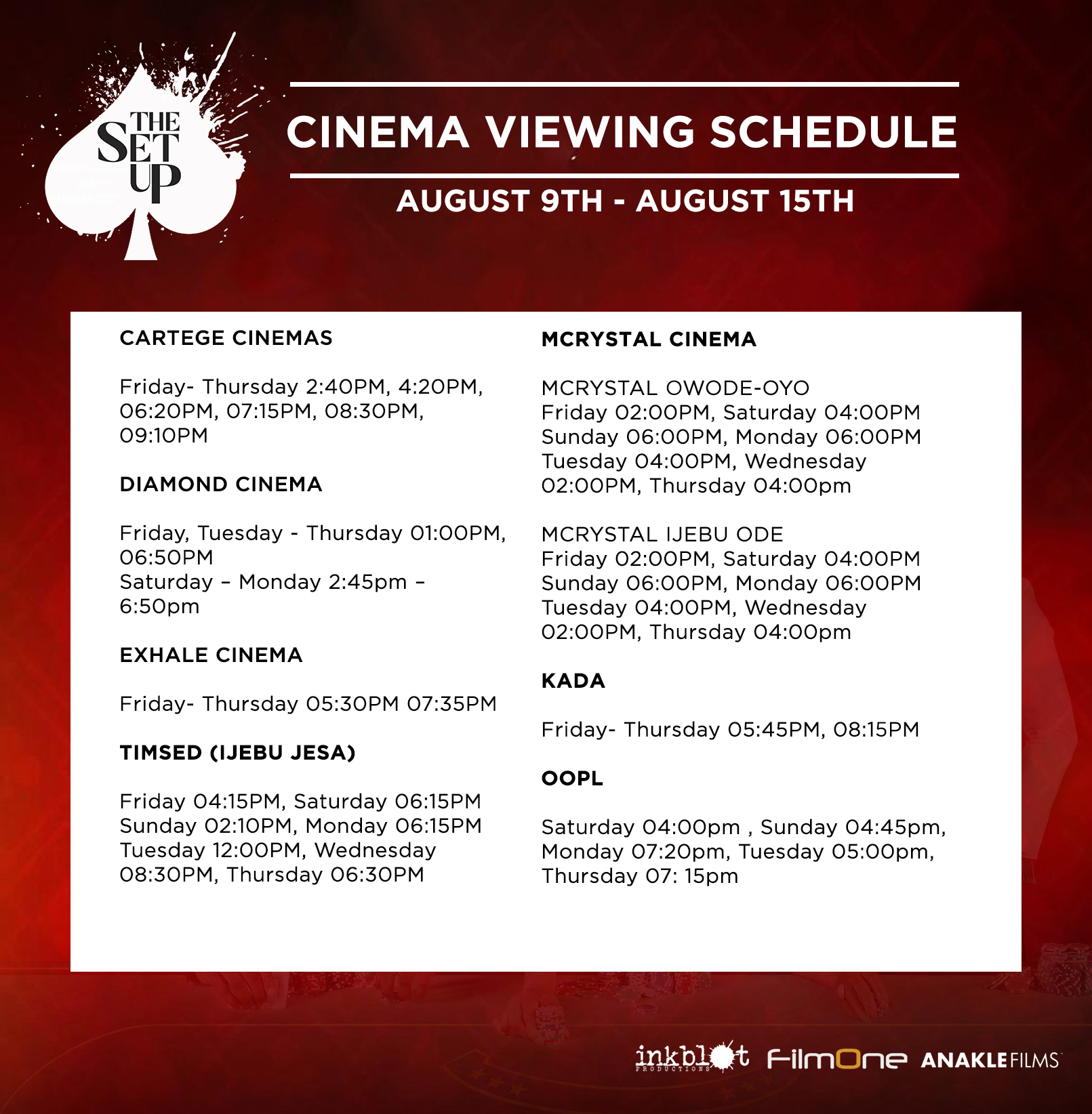 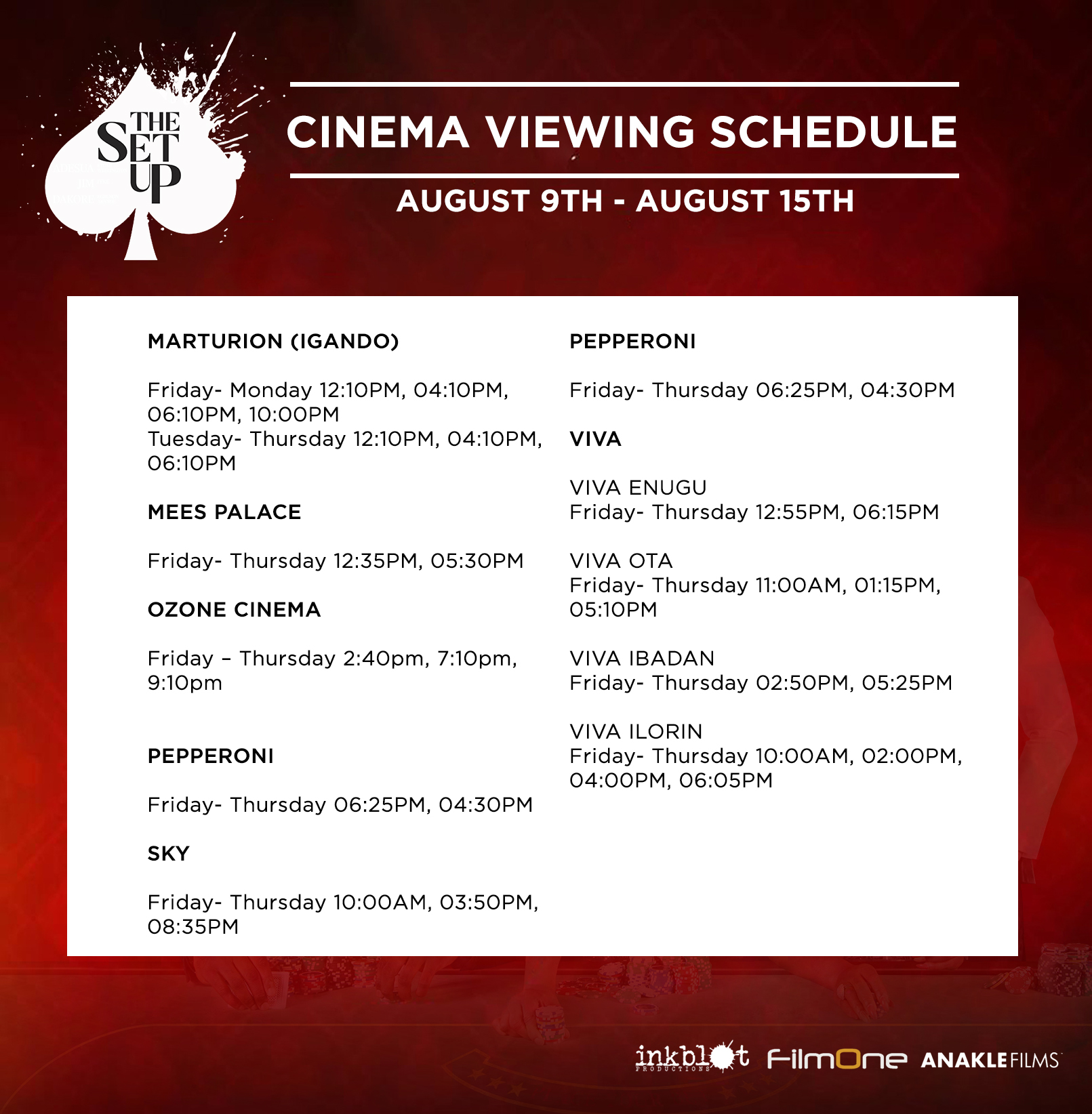