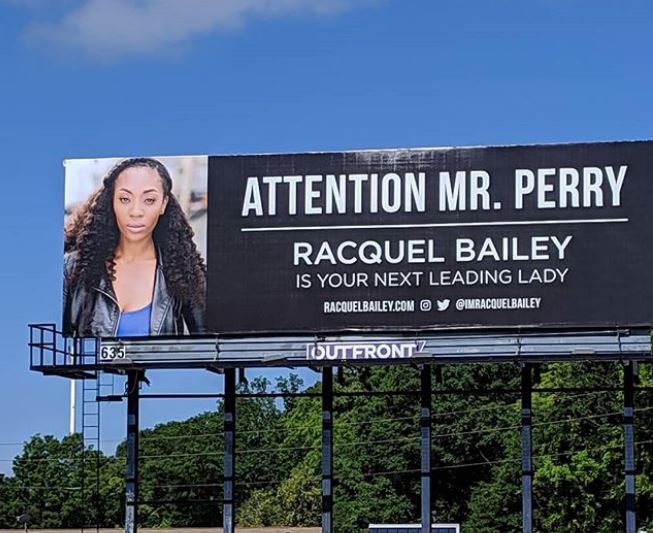 The lifelong dream of American actress Racquel Bailey to star in a Tyler Perry project, has finally come true.

The actress got a lot of attention, including from Perry, earlier this year when she took out a billboard announcing her as the his “next leading lady”.

According to TMZ, Bailey has actually landed a role in Perry’s new TV project, “Sistas”, in which she will appear as a police officer who had a relationship with one of the show’s leads.

Back in June, Perry, 49, shared a photo of the billboard on Instagram, but advised people to save their money and audition instead, to stand a chance to star in any of his projects.

Perry pointed out that this “is the third time that someone has done this,” telling actors, “This is not the way to get my attention if you’re looking for a role in one of my shows.”

“Again, the best way to work for me is to AUDITION and it’s FREE! We post breakdowns all the time for actors. JUST COME AND AUDITION,” he wrote.

Bailey is expected to appear in the first season finale, and possible in Season 2.