Niyi Akinmolayan’s latest blockbuster, The Set Up is breaking records at the box office in Nigeria and Ghana against all odds – after just five days of its release. 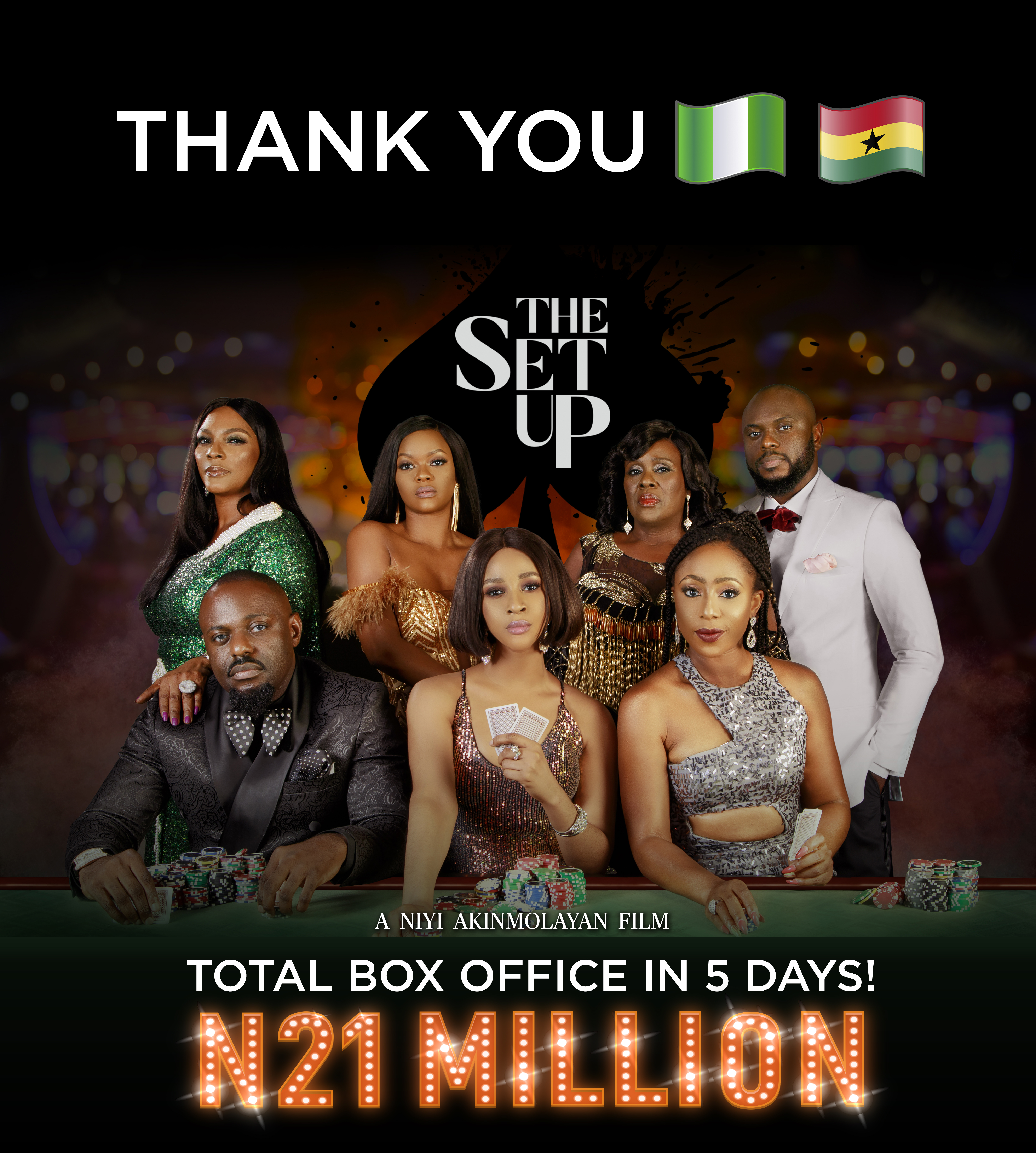 Inkblot Productions, FilmOne and Anakle Films’ collaborative effort, which was released August 9th, 2019 hit N21 million in the cinemas despite the presence of Hollywood’s Hobbs & Shaw and Lion King.

“We are beyond excited and really appreciate the acceptance. We knew we made a good film and we are glad everybody accepted it,” Co-founder of Inkblot Productions, Zulu Oyibo says

This is definitely a big feat for Inkblot Productions, Filmone Distribution and Production, Anakle Films and most especially for director of The Set Up, Niyi Akinmolayan who took to Instagram to say:

“You guys came through for me on “The Wedding Party 2”, Did amazing on “Chief Daddy” and it’s obvious you are doing it again. You have all made me a believer in myself (maybe I won’t quit afterall) Thank you. Now what’s better than 21 million in 5 days…100 million in 20 days… let’s do it!”

The Set Up tells the story of Chike (Adesua Etomi-Wellington), a young drug smuggler, who gets more than she bargains for and is drawn into a web of deceit when she is hired by a socialite (Jim Iyke) to assist in his scheme to marry a wealthy heiress (Dakore Egbuson-Akande).

It was written by the head honcho at Inkblot Productions Naz Onuzo, who is also responsible for The Arbitration, The Wedding Party 2, Up North.

FYI: The Set Up is still showing in cinemas nationwide!

BellaNaija is a Media Partner for “The Set Up“

Related Topics:Box OfficeThe Set Up
Up Next