Tell A Truth or Take A Dare

What better way to break the ice than with a game of Truth or Dare.

After a long day of working on their Task and welcoming the two new additions to the Gang, the Pepper Dem Gang decided to loosen up with a game of Truth or Dare. Venita and Elozonam were a good sport as they actively took part in the game endearing themselves to their fellow Housemates. A game that revealed a few truths and some exciting dares were what the Housemates needed to bring out their fun sides and give them their much deserved smiles and stomach felt laughter. 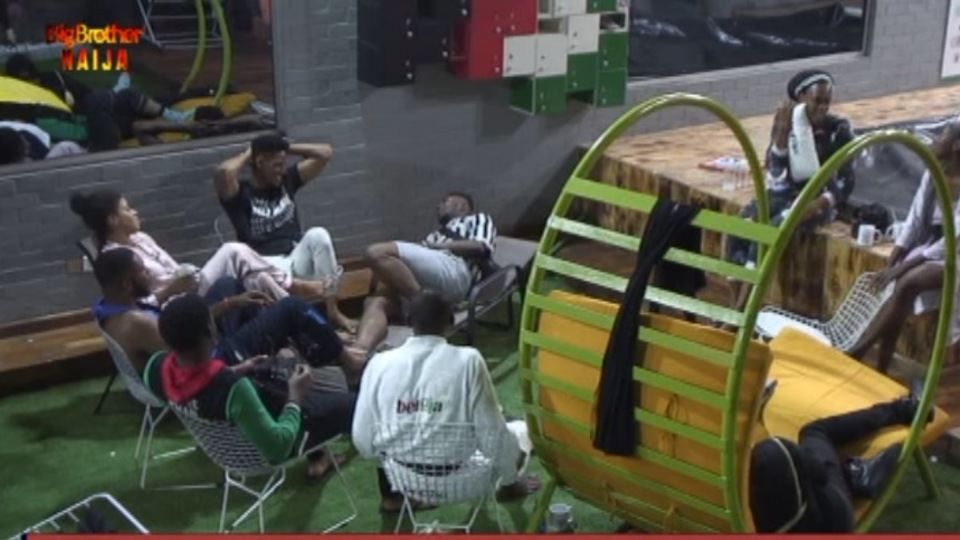 Omashola who didn’t hide his affection for Venita right from the moment he set his eyes on her had the gods of kisses smile on him during the game. Venita was dared to give a kiss and guess who got a mouth full of lips on the first night? Omashola. Talk about a great way to end the day. 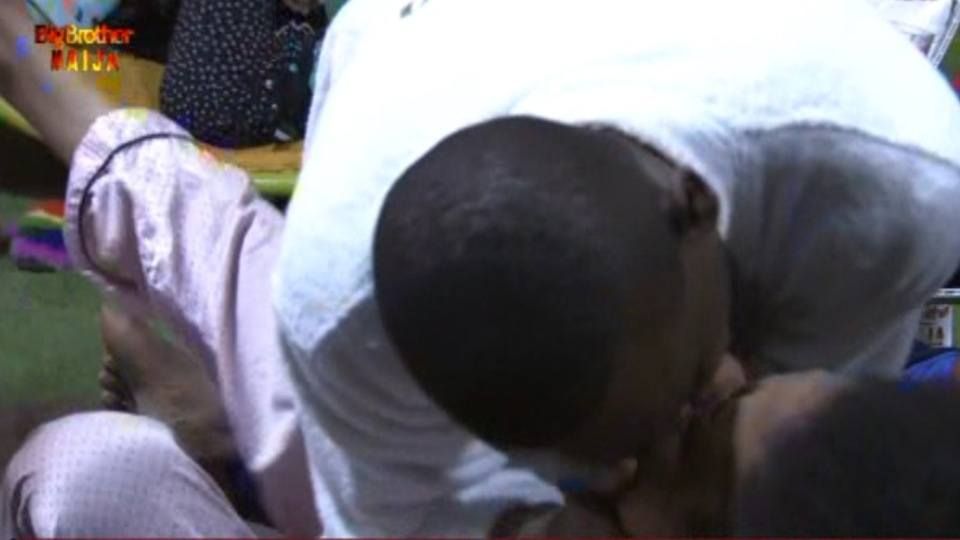 Although reluctant to tell the truth and opting for a drink at first; Diane went from being the naïve Housemate to becoming the eager beaver willing to participate in exciting dares. A dare saw her attempting to reach for Sir Dee’s male organ and another had Jackye removing her underwear. The final Dare saw her sucking on Seyi’s chest region. Does someone seem to have taken her “Got Milk?” quest a bit too far? 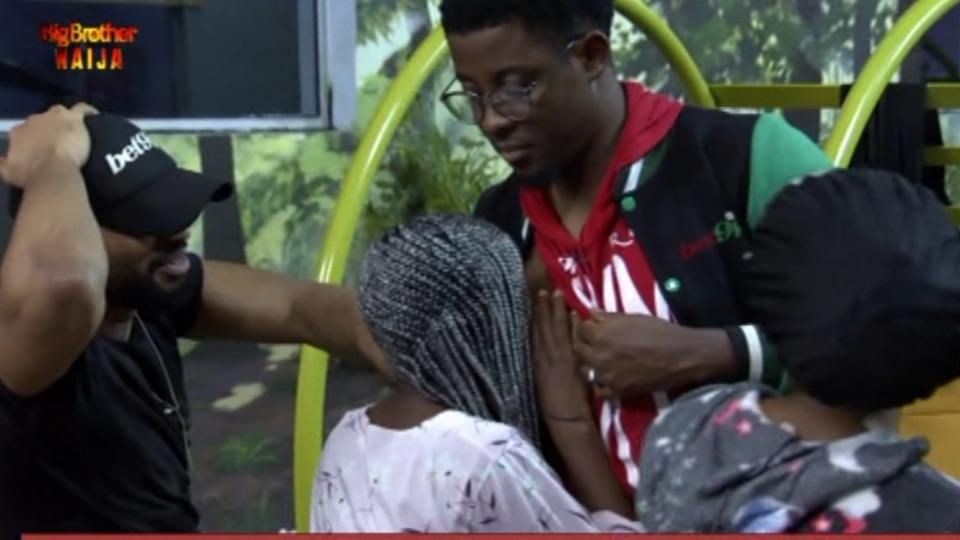 Picking Up Where Tuoyo Left Off?

Ever since Tuoyo left, Frodd has taken up the mantle of the Pepper Dem resident stripper. Back to back dares have seen him stripping for the rest of the Housemates. This dare had him not only stripping but also twerking for his fellow Housemates. 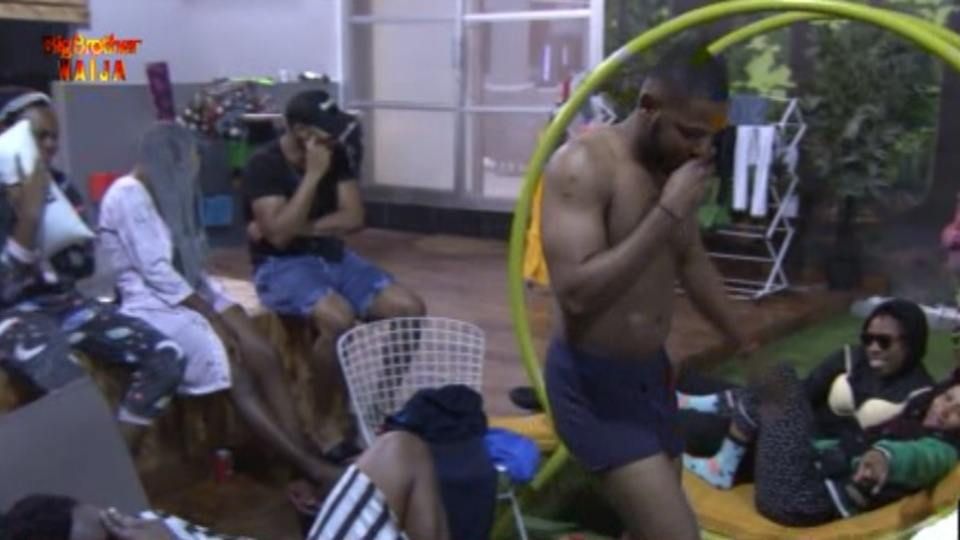 Not entirely sure how the rest of their days together might go as the Housemates made the best of the night. Who knows if they’d make one happy family or end up being at each other’s necks.

Watch how the game went down

Flames From Day One

The Big Brother House welcomed new additions to the Pepper Dem gang – Enkay and Joe. What they did not expect, is the level of heat these Housemates brought along.

In different shades, Enkay and Joe gave us some pepper in less than an hour after they stepped into Biggie’s House. A star-struck Frodd and an overly excited Khafi can testify…

Taking over as the man on the throne, Frodd wasted no time in conducting induction for the new Housemate – Enkay, even as other Housemates were trying to welcome her in.

A happy-looking Frodd took Enkay by the arm, sat her down and introduced himself as the Head of House before trying to start a conversation with her. All hail HoH, Frodd!

Hmmm this looks familiar though, wasn’t he extra friendly as he pulled this HoH move on Venita last night?

Oh well, whatever the case is, it seems Frodd is trying to sail a new ship and we’re totally here for this. 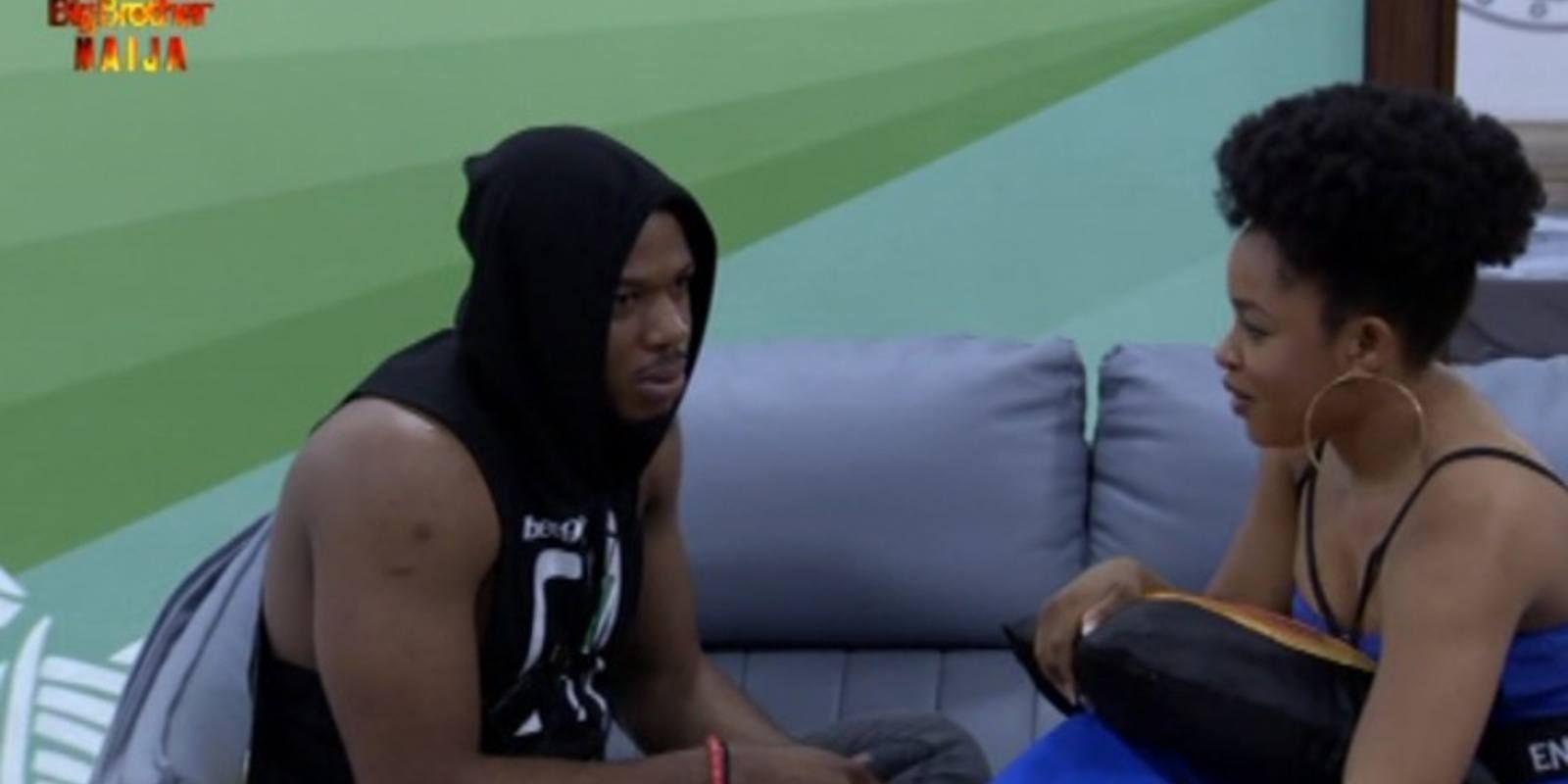 After getting introduced to the other members of the Pepper Dem gang, Enkay and Joe had some fiery drama of their own. It all began when Frodd and Joe talked about where they lived in Abuja and Enkay asked where exactly in Abuja Joe stays. In what seemed like a defensive tone, Joe bluntly responded, “Does it matter?”

Enkay who wasn’t having any of it was quick to point out how harsh Joe’s response was. In her words, “You’re too petty”. 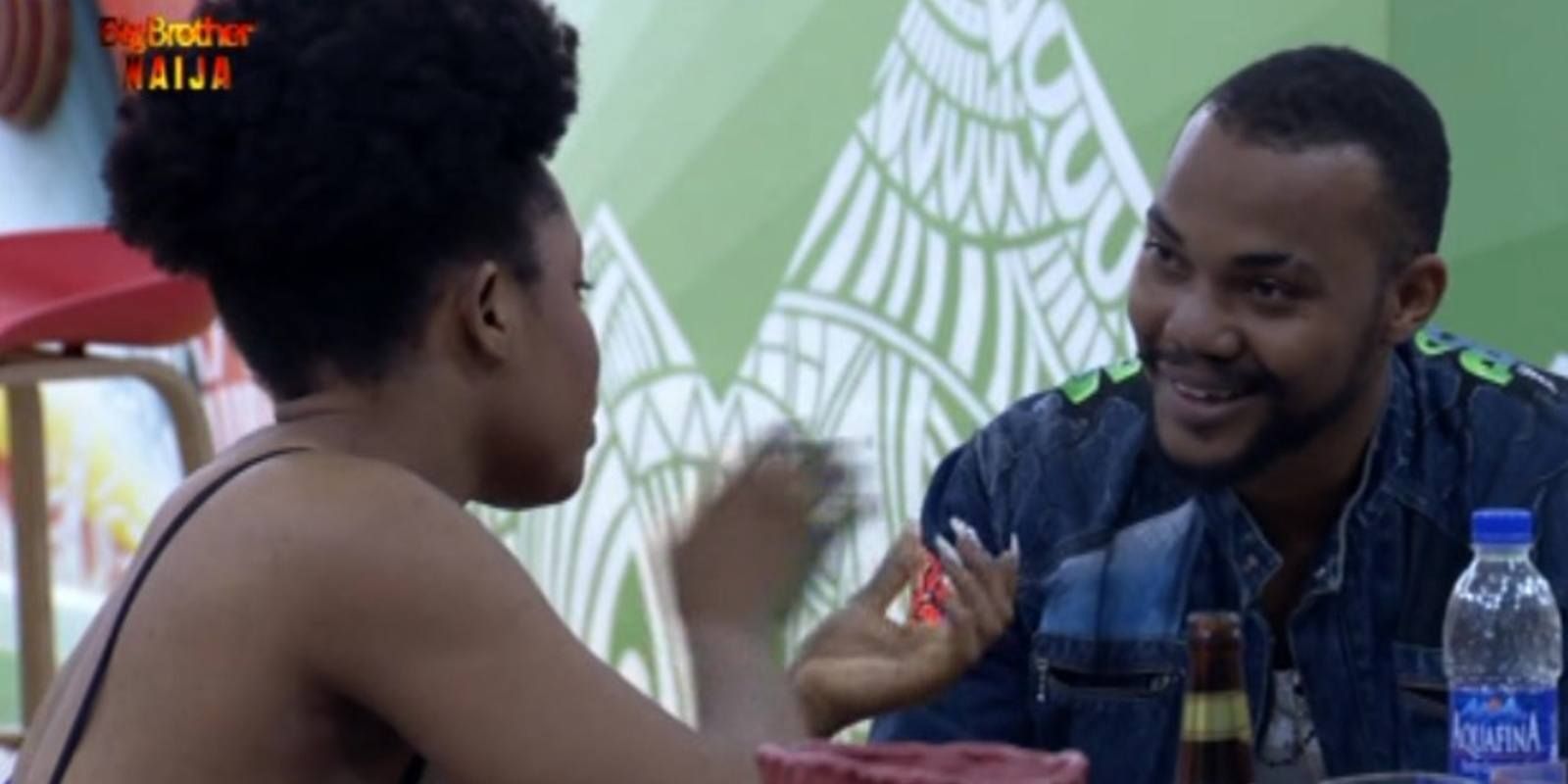 From the moment Joe walked through the BB Naija door, we couldn’t help but notice the chemistry between him and Khafi. What kept us wide-eyed was when he told the overly excited Khafi that he’s here for her. What could he be talking about? Is the Khadoni ship safe? 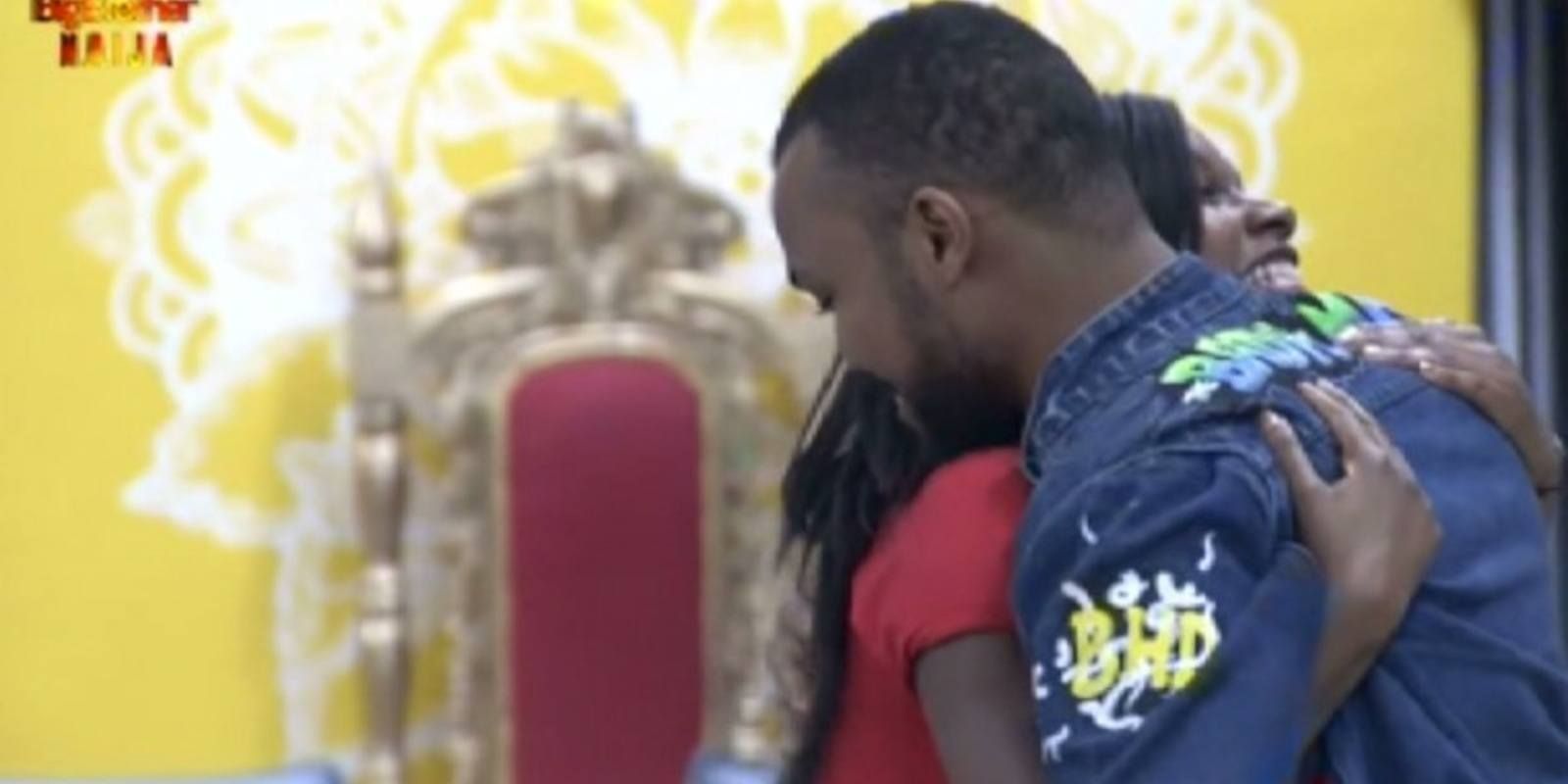 Following the arrival of Venita and Elozonam, we’re totally here for the different shades of flavours the new Pepper Dem Housemates will bring to our screens.

The internet went crazy over the new addition to the Pepper Dem Gang and can’t wait to see what the new Housemates are bringing to the table.

Frodd is using fork and knife in front of Enkay. The guy is a serious fraud #bbnaija #BBNaija2019 pic.twitter.com/UaCHWHkmIr