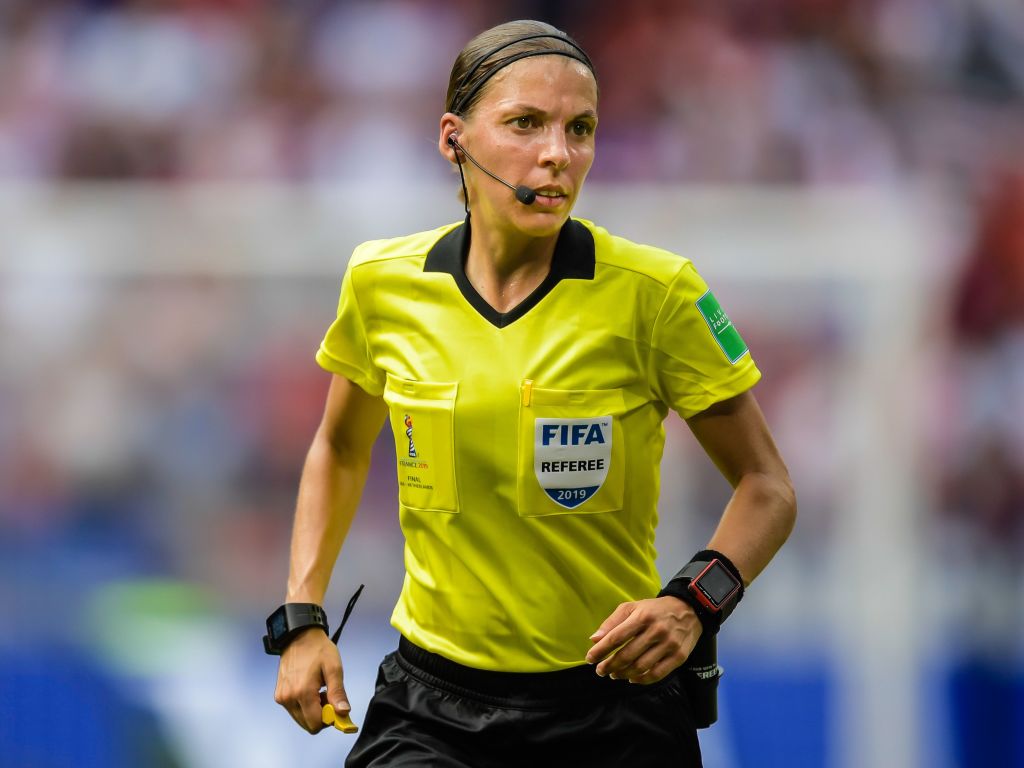 Stephanie Frappart during the FIFA Women’s World Cup France 2019 final match between United States of America and The Netherlands at Stade de Lyon on July 07, 2019 in Lyon, France.

French referee, Stéphanie Frappart has made history to be the first female official to be appointed to take charge of a major UEFA men’s competition event. She will lead a team of predominantly female officials at the UEFA Super Cup on the 14th of August.

She has had the honour of refereeing the FIFA Women’s World Cup between the United States and the Netherlands, and has also taken charge of the 2017 UEFA Women’s Euro semi-final between the Netherlands and England. She will be assisted by Manuela Nicolosi, a fellow French referee and Michelle O’Neill of The Republic of Ireland who have also officiated at the Women’s World Cup final on July 7. The trio will be joined by Turkey’s Cuneyt Cakir.

Frappart is no stranger to making history as she became the first female referee in France to officiate a men’s Ligue 1 match, between SC Amiens and RC Strasbourg in April and will now be joining the pool of Ligue 1 referees on a permanent basis for the 2019/2020 season.

According to the UEFA website, UEFA president Aleksander  Čeferin said: “I have said on many occasions that the potential for women’s football has no limits and I am delighted that Stéphanie Frappart has been appointed to officiate at this year’s UEFA Super Cup along with assistant referees Manuela Nicolosi and Michelle O’Neal.

“As an organisation, we place the utmost importance on the development of women’s football in all areas. I hope the skill and devotion that Stéphanie has shown throughout her career to reach this level will provide inspiration to millions of girls and women around Europe and show them there should be no barriers in order to reach one’s dream.”

He said: “Stéphanie has proved over a number of years that she is one of the best female referees, not just in Europe but across the world.”

“She has the ability to officiate on the biggest stage, as she proved at this year’s Women’s World Cup final. I hope this match in Istanbul will provide her with yet more experience as she enters the prime of her refereeing career.”

Frappart is however not the first female referee assigned to a men’s UEFA competition match as former Swiss referee Nicole Petignat has already had the honour, refereeing three UEFA Cup qualifying round games between 2004 and 2009.

There will be Video Assistant Referees (VAR) in Istanbul. The VAR official will be Clement Turpin from France, assisted by François Letexier, also from France, Mark Borsch of Germany and  Massimiliano Irrati from Italy.