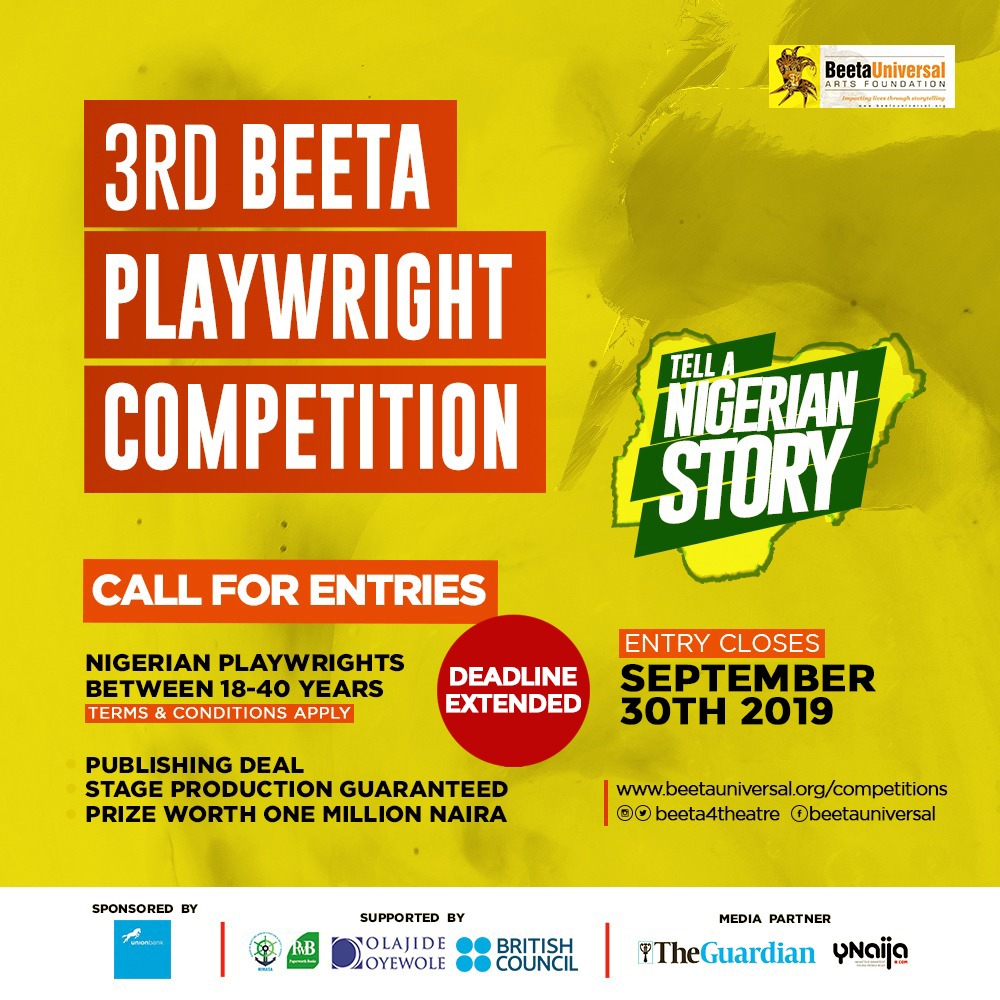 The Beeta Universal Arts Foundation led by award-winning actress and producer Bikiya Graham-Douglas is proud to announce the third edition of the Beeta Playwright Competition. This competition birthed Plays like Our Son the Minister by Paul Ugbede and Jagagba by Abdul Qudus-Ibrahim both Plays have gone on to experience enormous success with sold-out performances which starred personalities such as Kunle Coker, Bamike Adewunmi (Bam Bam), Ese Lami George and Patrick Diabuah, etc.

The competition aims to find new voices in the literary genre of drama in Nigerian literature.

The third edition of the Beeta Universal Playwright Competition is calling for entries and is open to indigenous playwrights between the ages of 18-40. The deadline for all entries is the 30th September 2019. Ten finalists will be selected for a writers workshop with a winner emerging at the grand finale.

The winner stands to win prizes worth One Million Naira, a publishing deal with PaperWorth Books and their play produced by BUAF at prestigious venues and will be part of the nationwide university campus outreach.

For this third edition, The BUAF is partnering once again with Union Bank as high-ranking representatives of the bank not only recognize how invaluable the Arts is to preserving and showcasing culture and history but are also committed to developing talent in the creative industry.

The competition is also supported by NIMASA, British Council, Paperworth Books, Olajide & Oyewole LLP along with media support from Guardian Nigeria and YNaija.com.

Entries should be submitted to www.beetauniversal.org.