BlackFaceNaija opens Up on Why he Did his Own "African Queen" Single + Plan to Rebuild Plantashun Boiz on Max 102.3 FM 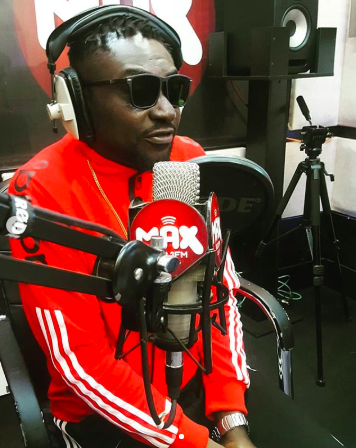 BlackFaceNaija, 1/3 of the defunct Plantashun Boiz, was a guest on Max Fm and he had a lot to say about the Nigerian music industry.

The music star who apparently, is not in good terms with his former bandmates, 2Baba Idibia and Faze, spoke at length about his grievance with them, and also why he decided to do his own “African Queen” single.

The music star, while addressing the issue of low standard lyrics in the music industry, made an indirect reference to Tiwa Savage‘s lyrics in her collaboration with Zlatan’s “Shotan”

“What I noticed over the years is that the lyrics became flimsy and some people lost their sense of belonging, sense of who they are. Because I started hearing some ladies do some song like not really going well with how you want to hear a lady talk like. When a lady is telling you somethings that really don’t count ‘s’o ma gbe mi lo’le, will you gbadun my waist.’ I just think the ladies and the women should come up with reasonable lyrics.”

Speaking about Plantashun Boiz, BlackFaceNaija said he was spending time trying to rebuild the defunct group, adding that 2Baba and Faze do not have to be in it.

Speaking on the decision to release his own African Queen single, BlackFaceNaija explained that he had been seeing so many other upcoming acts making their own versions of the song, with none of them consulting him, even though he wrote most of the song.

He also said he hasn’t been getting royalties from any of the songs from the defunct group, but it is being handled legally.

@blackfacenaija speaks about why he did his version of African Queen, the outcome of the #war with #2baba and more. . . #entertainment #music #trending #africanqueen