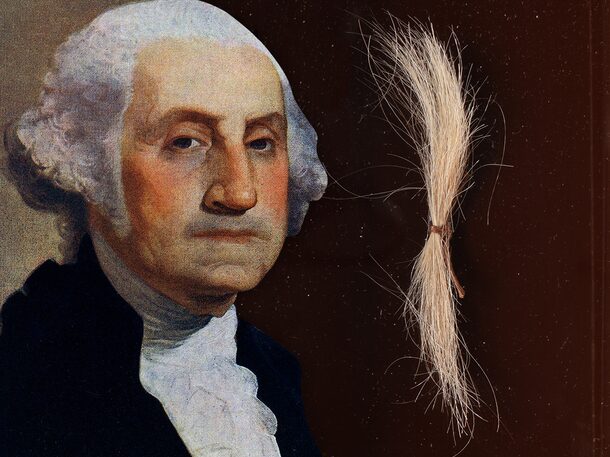 Hair of the first President of the United States, George Washington is going up for auction.

According to TMZ, his hair was cut by one of George’s relatives while he was serving as President in 1790. Experts say the hair may sell for up to $50k.

It was preserved with a handwritten “letter of provenance” in 1889. 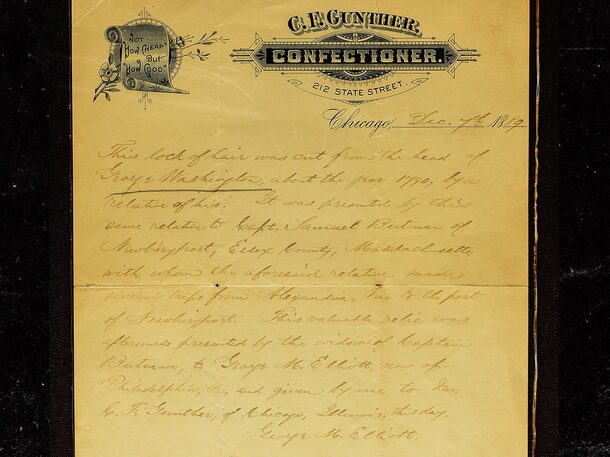 This lock of hair was cut from the head of George Washington, about the year 1790, by a relative of his. It was presented by this same relative to Capt. Samuel Butman of Newburyport, Essex County, Massachusetts; with whom the aforesaid relative made several trips from Alexandria, Va, to the port of Newburyport.

Related Topics:AuctionGeorge Washington
Up Next