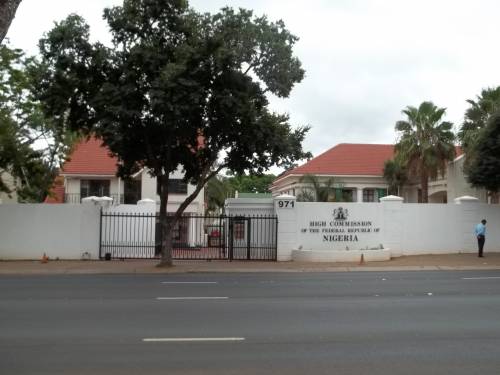 Exclusive reports from Sahara Reporters reveal that the latest attacks by local South Africans against nationals of other African countries, in South Africa, has spread to several parts of that country and might lead to more violence in coming days.

The report further states that, a handful of Nigerians in South Africa revealed how they now live in fear.

According to them, some victims of the attack, who visited the Nigerian Embassy for help and protection were denied entry into the place.

Former president of Nigerian Union South Africa, Iyke Anyene, added that Nigerians had remained in the houses, afraid for their lives and unsure if they would be the next victims.

He said, “In some parts of Guateng Province the looting has continued.

“It started in Pretoria and people have not been able to do their businesses. It is not safe, there is widespread looting.

“Some Nigerian victims went to the high commission but were denied entry into the place.

“The high commission claimed that they are dealing with the situation but we don’t know what to do. We need results, people are losing their lives and properties.”

He said migrants from other African countries are also affected in the attacks and looting, adding that the South African police are usually overwhelmed when such attacks happen.

He added, “All African migrants are affected. When it happened in Pretoria, the police was there but couldn’t stop the attack.

“In Johannesburg, they were not able to stop anything. It is a very serious problem at the moment.”