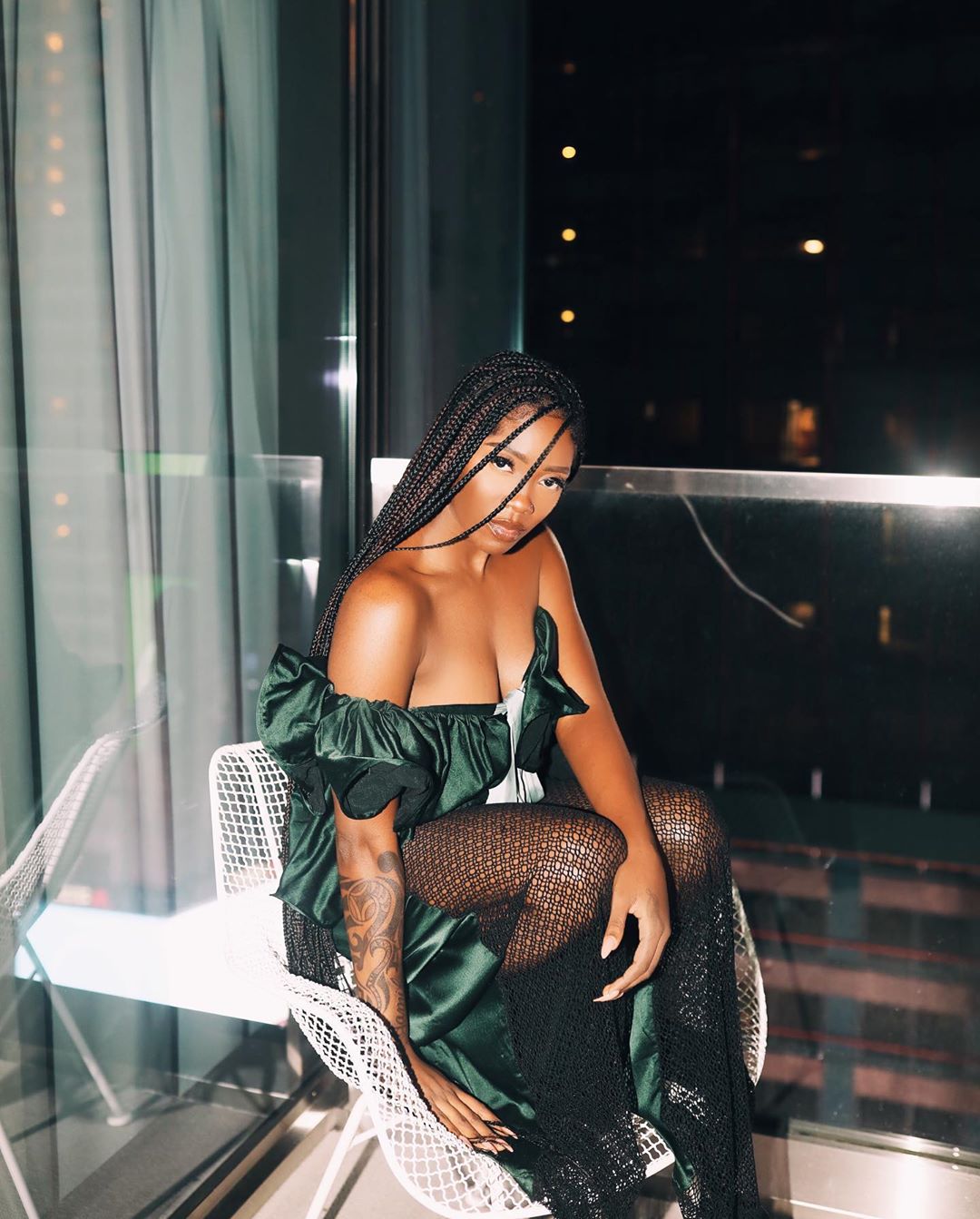 Since the release of Tiwa Savage‘s latest single “49-99”, a lot of love and support has been shown to the music star from prominent stars to fans (Home and Abroad), to her new record label family.

The single was produced by Pheelz and video directed by TBA.

She had a listening party in London, England, the UK where she explained the meaning and idea behind ‘49-99‘ and how the song was made. Just few days ago, ’49-99’ got displayed at New York Times Square electronic billboard.

Kelly Rowland, Naomi Campbell, & British singer Estelle, to mention a few have all shown their admiration for Tiwa Savage and her new single.

They took to their Instagram platform to show support. 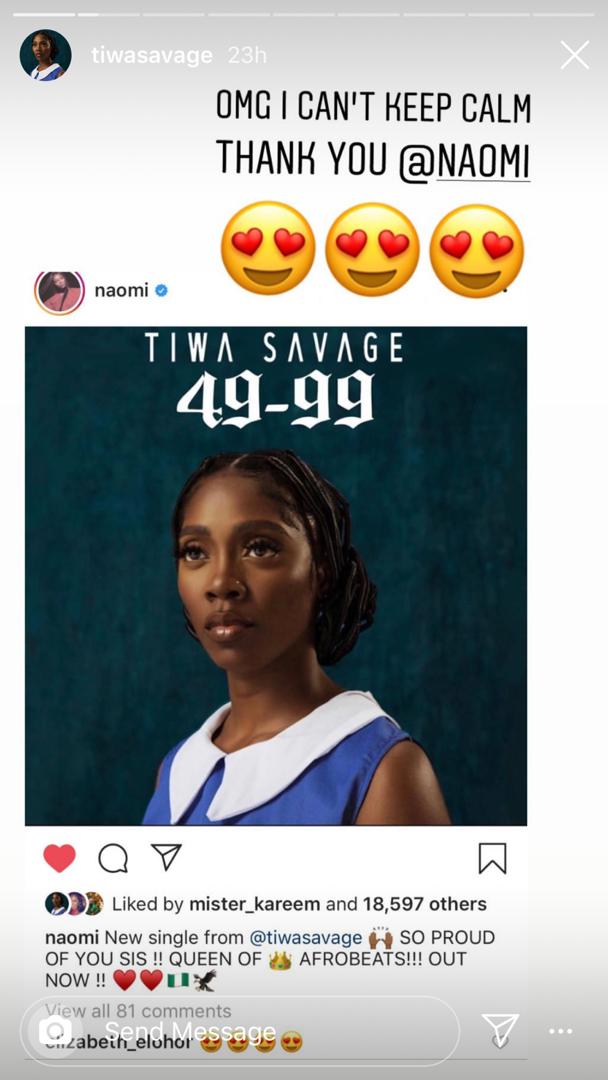 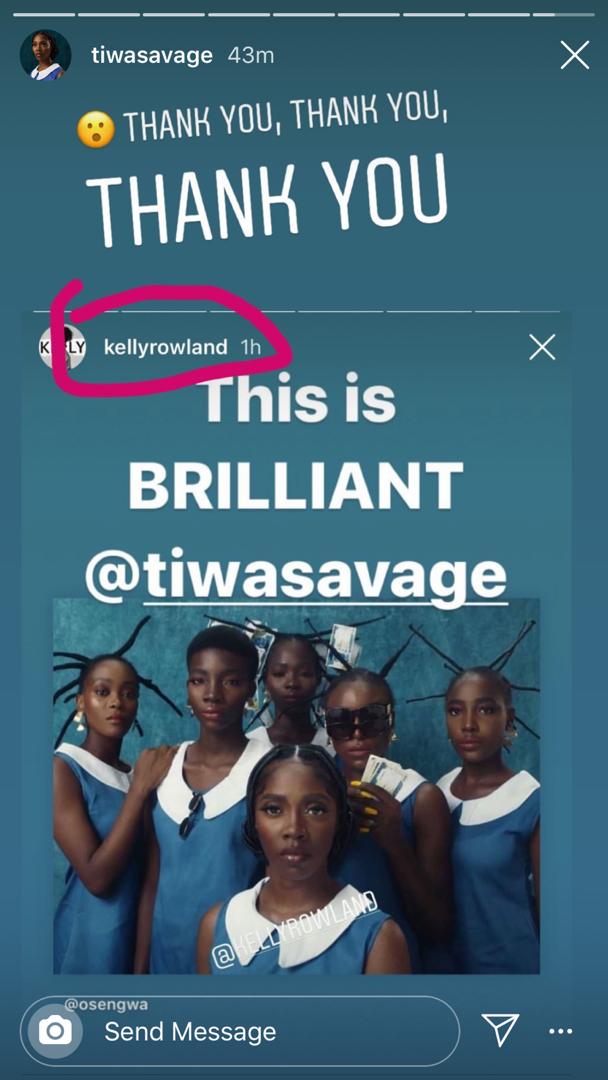