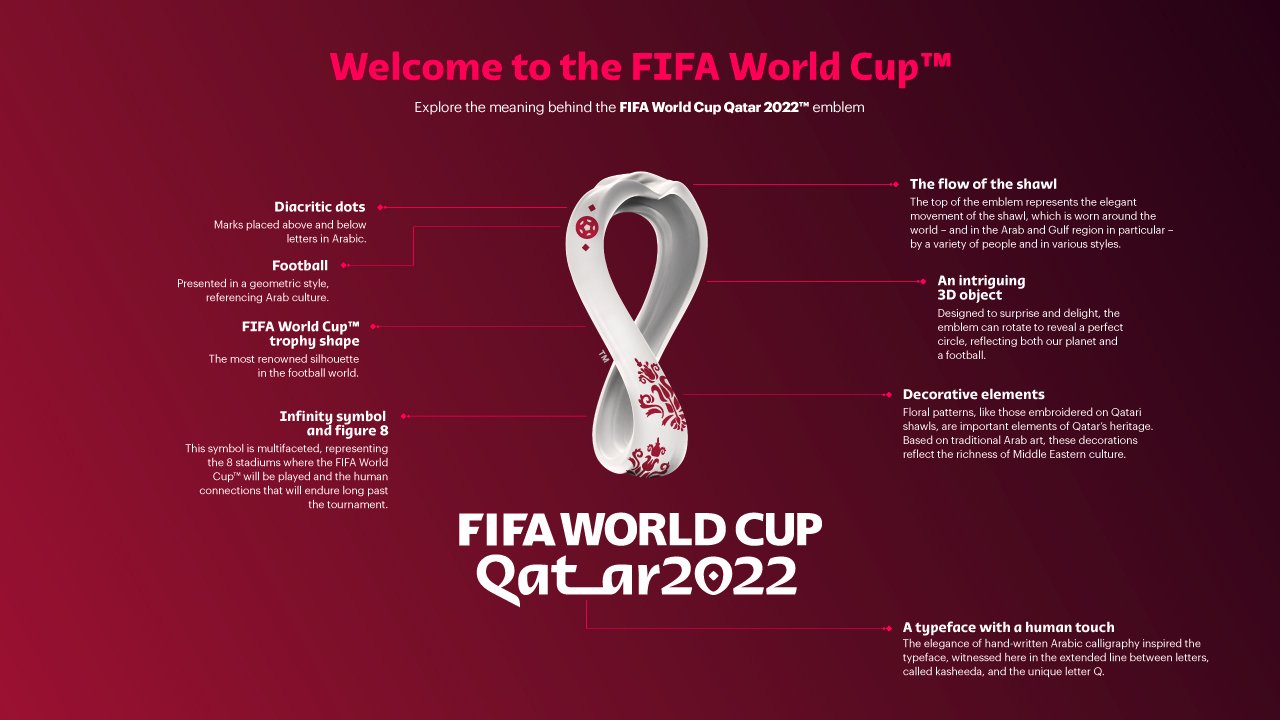 The official emblem for FIFA World Cup 2022, has been unveiled in the capital of Qatar, Doha. The 2022 World Cup, which will be hosted by the Gulf emirate, was displayed at public spaces in Doha and some cities around the world on Tuesday, Al Jazeera reports.

The design is an Arabic white unisex shawl with maroon patterning, which is displayed in a figure-of-eight symbolizing infinity, while creating a heart shape above the words “FIFA WORLD CUP Qatar 2022”.

The FIFA 2022 logo was projected onto the vast facade of the country’s National Archives in the capital’s southern Msheireb district to fanfare that included a procession of soldiers on horseback watched by a crowd of hundreds.

The emblem was unveiled simultaneously in 24 other major cities across the world including London, Johannesburg, Mexico City, Mumbai, Paris and Seoul.

The official unveiling took place in Qatar’s capital, Doha, with thousands of spectators witnessing the synchronized projection of the emblem onto a number of the country’s most iconic buildings, including Burj Doha, Katara Cultural Village Amphitheatre, Ministry of Interior, Souq Waqif and Msheireb and Al Zubarah Fort, a UNESCO World Heritage site.