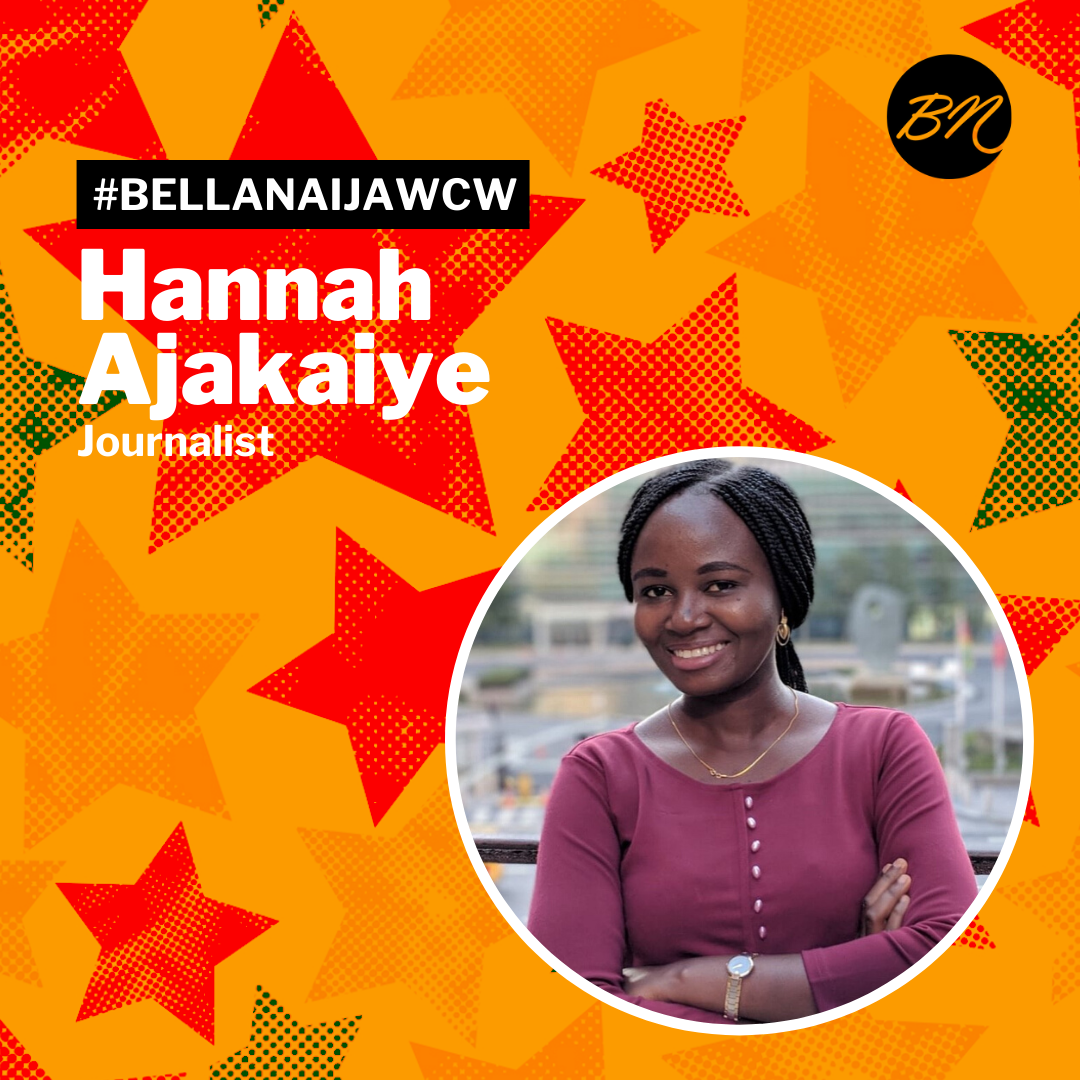 For our #BellaNaijaWCW feature this week, we celebrate award-winning journalist Hannah Ajakaiye, whose interest is in development and social justice.

While in the university, Hannah decided she wanted to go into journalism after coming across a page called Campus Live where students can write and get their articles published in the national newspaper.

With her interest in public service, Hannah chose to go into journalism because she didn’t want to just write, but also visit places, report their stories and help their situation change. She wanted to be a voice in the society that holds government accountable.

When it was time to graduate, Hannah was then faced with the decision to choose journalism or public relations, but having seen the power of the written word to effect change in the society, she launched her journalism career.

In 2015, she joined The Nation Newspaper and in that same year, she got her first taste of international reporting as a Thomson Reuters UN/SDG Fellow, traveling to New York to cover the 70th assembly of the United Nations.

Hannah has covered stories exposing organisations who engage in activities that have negative environmental and health impact on Nigerians. She also focuses human interest stories, being a voice to the often ignored communities and IDP camps in Nigeria.

In 2016, Hannah won the Most Innovative Reporter award at the Nigeria Media Merit Awards and participated in a 2017 News Corp Fellowship hosted by the Times of London and the Wall Street Journal Bureaus in London. She is also a 2017 grantee of Impact Africa, the funds which she used in reporting on water safety in Lagos, Nigeria.

Hannah is a 2018 Reham Al-Farra Memorial Journalism Fellow and has also been a recipient of media fellowships organised by BudgIT and the International Center for Journalists. She’s also a Chevening Scholar.

We celebrate Hannah for her interest in development, and her passion for ensuring social justice through her work.

“When God talks, you got to listen”: Kevin Hart Shares Video of his Emotional Journey to Recovery