Hello BNers, let's have an Exclusive Twitter Chat to discuss the Movie 'Living in Bondage: Breaking Free' by 3pm 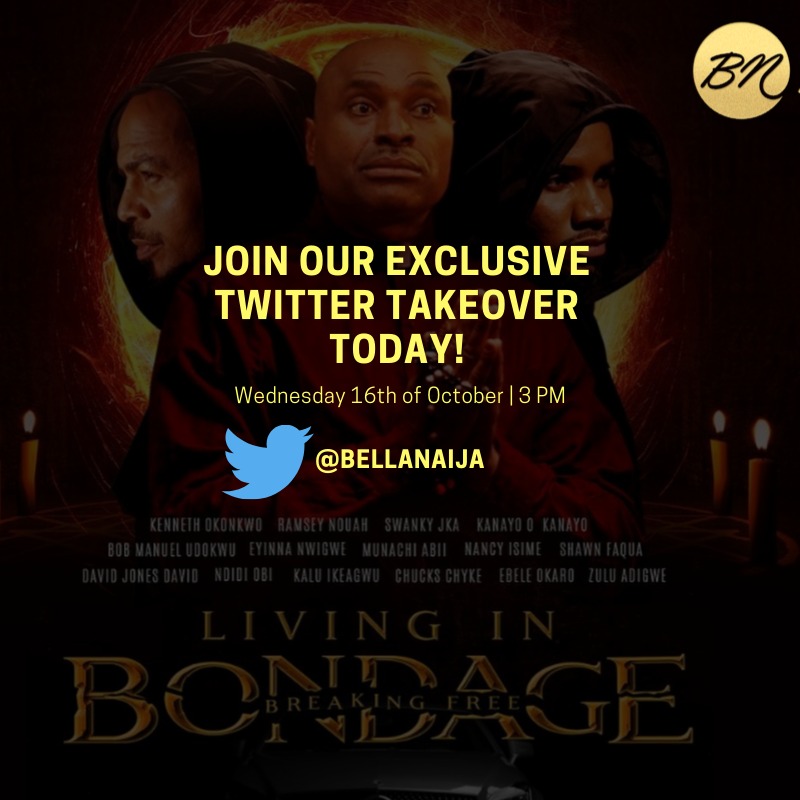 The movie ‘Living in Bondage‘ was first birthed 26 years ago and it was on the lips of every viewer at the time. Not forgetting the amazing mix of casts who delivered excellently. The movie had the likes of Kanayo O Kanayo, Bob Manuel Udokwu & Kenneth Okonkwo amongst others.

Almost 3 decades after, a sequel has been created and interestingly, we get to watch our Veteran actors from the old movie grace our screens again in #LivinginBondageTheSequel.

Join us for an Exclusive Twitter Chat Today at 3 pm and in anticipation of its release on Nov 8th, BellaNaija has a lot of interesting details to drop just as you want.

Catch you on the other side ?