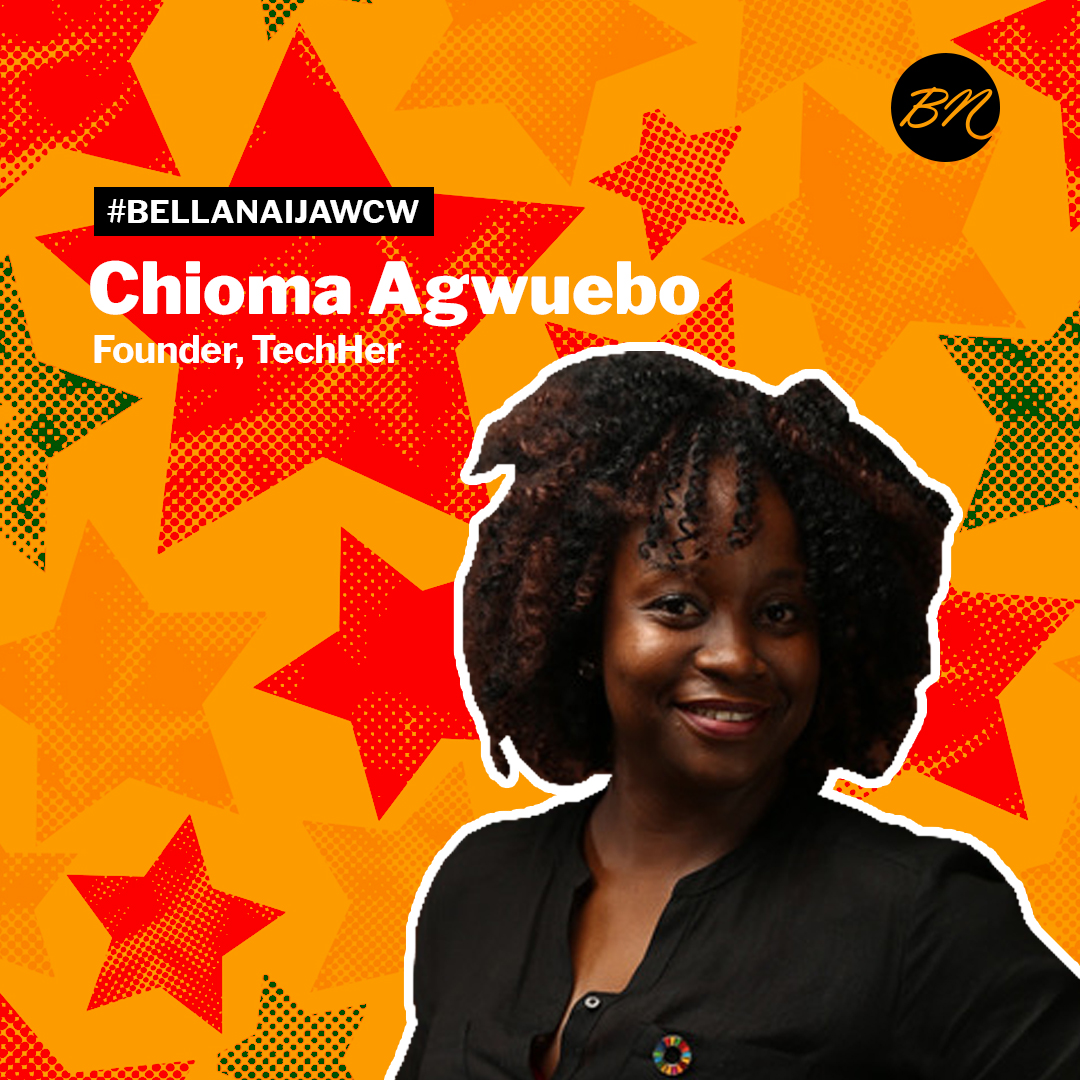 #BellaNaijaWCW this week, Chioma Agwuegbo is woman who’s using her media and technology knowledge and skills to advance women in general, and women in politics in particular.

Chioma is the founder of TechHer, a community of women hinged on learning, collaboration and support.

TechHer believes that if women are exposed to the ways technology enhances their daily activities, they will become more productive and empowered to have a voice in their community.

TechHer also provides a platform for technology knowledge exchange amongst women, giving real-time access solutions to their tech-related problems and improving the quality of their lives and ease of doing business through a proper grasp of technology.

Chioma worked in communications for the #NotTooYoungToRun initiative that led to the passing of legislation that reduced the minimum age requirement for election into Nigeria’s parliament.

She’s also a communications and social media strategist at CC Consulting Services Limited where she conducts audits for companies based on product, location, and target audience. She also creates bespoke social media and mobile solutions.

Chioma cut her teeth in media, when she served as presenter and newscaster with radio stations in Ibadan and Abuja before joining the BBC World Service Trust as an assistant producer.

Chioma is a Fellow at Deutsche Welle Global Media Forum. She’s also an Associate Fellow at Royal Commonwealth Society. She was also a contributor for Huffington Post between 2016 and 2018. She’s a board member at Red Media Africa.

We celebrate Chioma for her work in empowering women in Nigeria and Africa and we’re rooting for her!