Globacom empowers 100 Nigerians in the 'Recharge and Win Big Promo' 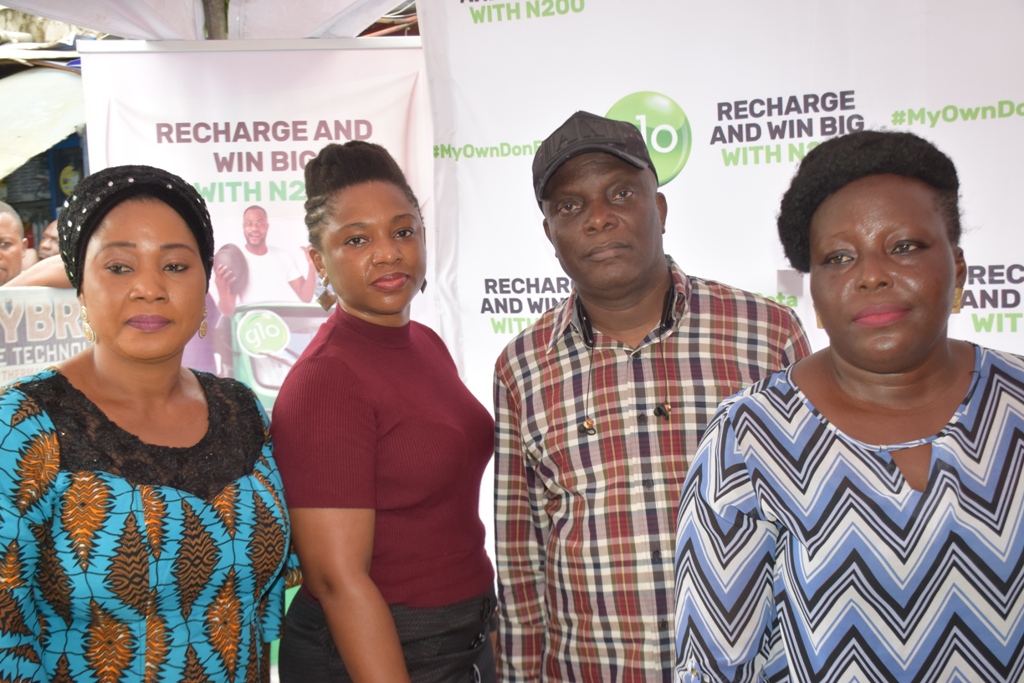 Nigeria’s national operator, Globacom, on Thursday empowered 100 Nigerians who emerged winners at the first draw of winners in the company’s “Recharge and Win Big Promo” (My Own Don Beta) held live at the Ikeja Computer Village Market, Lagos.

During the live draw, 10 Glo subscribers won Tricycles (Keke), 40 won generators, 30 won grinding mills while 20 won industrial sewing machines. Representatives of Nigeria Lottery Regulatory Commission (NLRC) and National Communications Commission, NCC, witnessed the draw to validate the process which was also witnessed by many other Glo brand influencers and Nollywood artistes who took their turns to draw the winners.

During the draw, winners were called by the anchor. While some expressed instant joy over the news, a few others were hesitant and it took a while to convince them that it was real. For instance, Michael Stanley from Ikorodu who won a tricycle adopted a wait-and-see attitude; but upon confirmation that it was a genuine call, Stanley’s heart was overfilled with joy.

All the 100 winners will be presented with their prizes at the prize-presentation ceremony slated for Lagos on Wednesday, October 23rd, 2019, while other draws and presentations will be held in various parts of the country.

‘Living in Bondage: Breaking Free’ Set to hold Lavish & Glamorous Premiere + We can’t wait to see how the Theme plays out ? | November 2nd