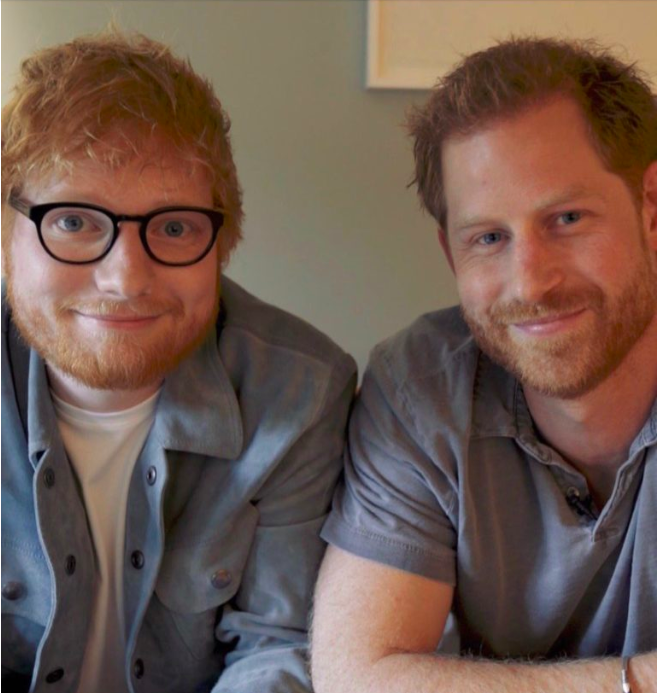 Prince Harry and Ed Sheeran have joined forces for a good cause: “World Mental Health Day” and they are bonding in the process.

In a video shared on the Sussex Royal Instagram page, Ed Sheeran meets with prince Harry in order to talk about an issue he thinks they have in common, which is being teased for having red hair.

In the video, Ed Sheeran who obviously misunderstood the purpose of his invitation, tells Harry “People just don’t understand what it’s like for people like us with the jokes and the snide comments. I just feel like it’s time we stood up and said, ‘e are ginger, and we are going to fight.'”

Harry then steps in to correct him, “Um, okay. This is slightly awkward. There may have been a miscommunication this is about World Mental Health Day?”

When the singer realizes his mistake, he quickly deletes the title of his song “Gingers Unite” on his computer. Also displayed on the screen in the spoof video is a proposed meeting outline: “HRH Prince Harry and the king of ging Ed Sheeran get together to change the perception of people with Moroccan sunset hair.”

The pair then turn to the serious message: “Reach out, make sure your friends, strangers, look out for anybody that might be suffering in silence. We’re all in this together,” Harry says directly into the camera. “Cheers.”