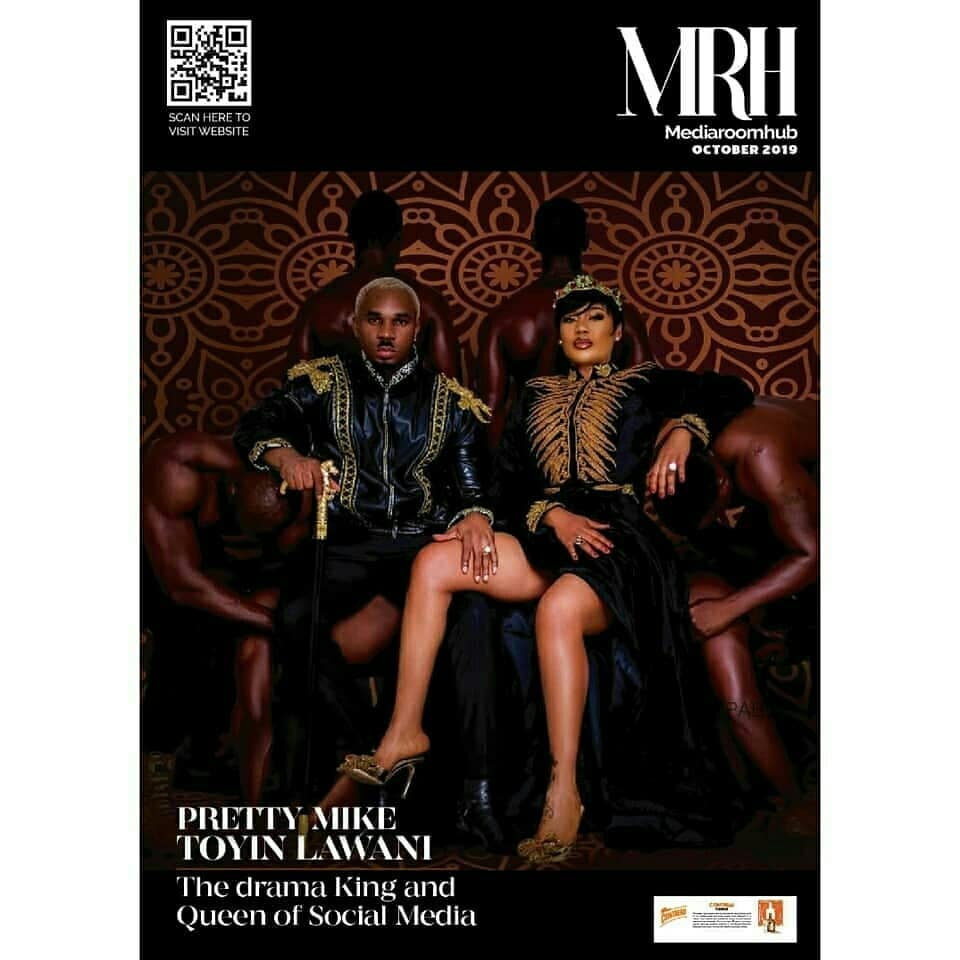 Two eccentric and dramatic personalities, Toyin Lawani and Pretty Mike weren’t afraid to bare it all in this photoshoot and interview session as they covered MediaRoomHub magazine’s October issue.

Toyin Lawani, who is a celebrity stylist & CEO of Tiannah’s Place Empire, opened up about some of the lowest moments in her life as a mother as well as her brand/daring and eccentric style. She also addressed the controversial nude photos of herself and Pretty Mike on social media among others. 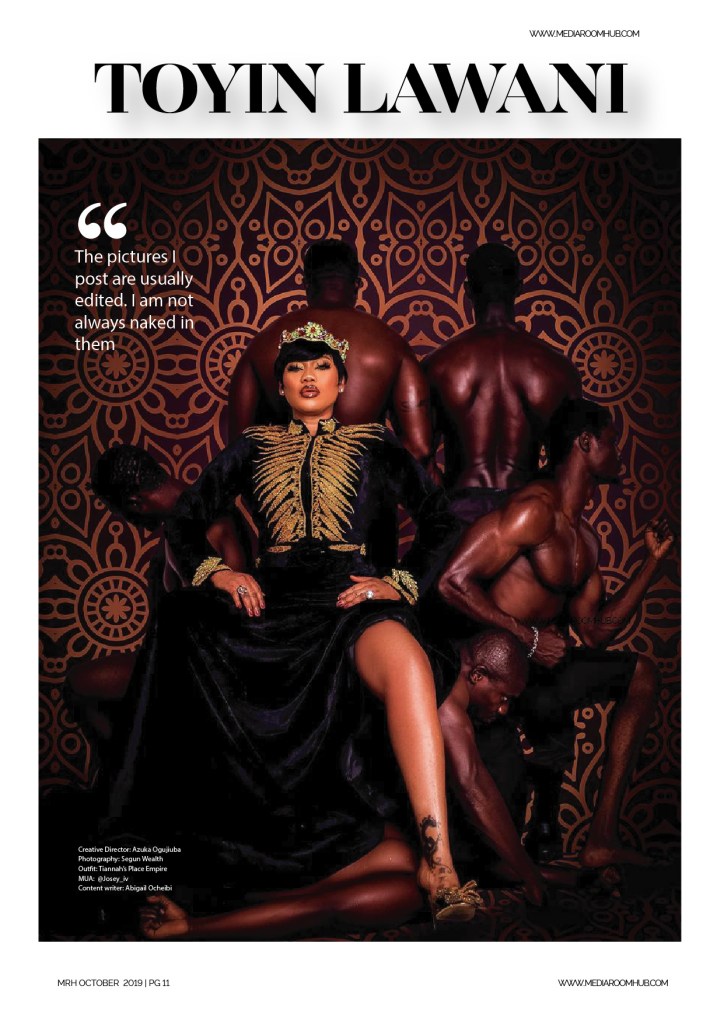 On taking a nude role in a movie

No, I wouldn’t. The pictures I post are usually edited. I am not always naked in them. So, you can’t compare me trying to do a skin shoot to actually going naked on TV. How much are you going to pay me? I will never do that.

I actually agree that I’m a drama queen due to my style and creativity. But I’m not stupidly dramatic, I’m being dramatic out of hard work. My recent shoot with Mike was a professional shoot. To be honest, most of it was edited. Our private parts were not even touching at all. So I don’t even care what anyone has to say. I was paid to do a job and I did it. We are only trying to change the narrative. 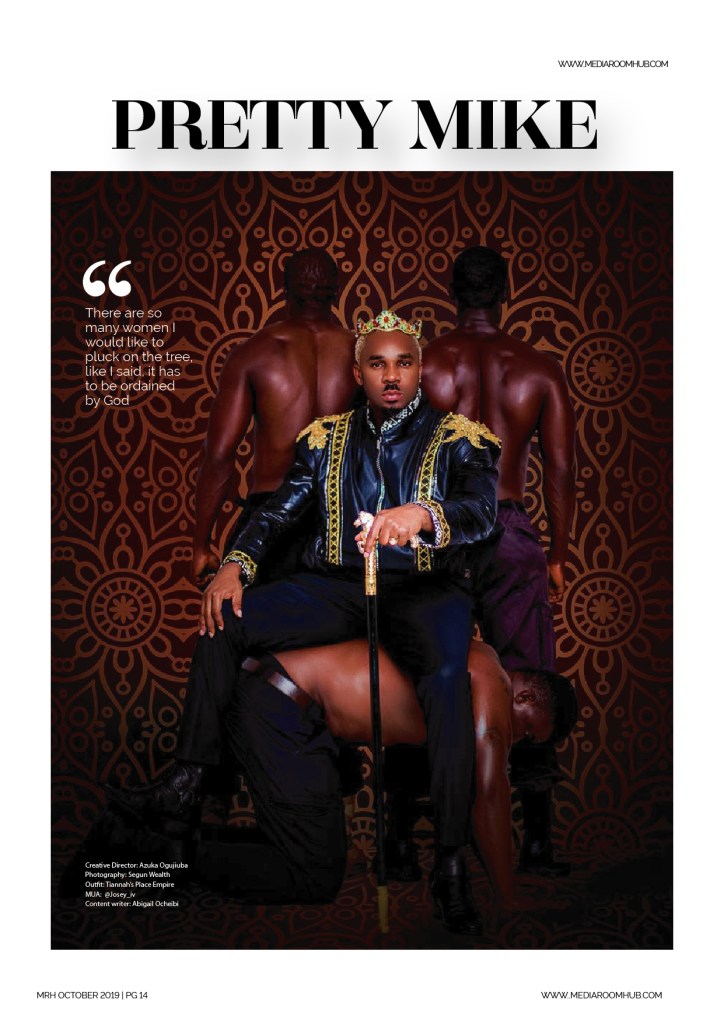 While nightlife aficionado, Pretty Mike has been making headlines for loads of controversial reasons including stepping out with snakes, chained girls and more. He opened up about media’s misinterpretation of his much talked about lifestyle as a show stopper, feminism, his type of woman and how he would be so glad to have Tiannah mother his unborn children. Interestingly so, he also spoke about his introverted nature which people barely notice, amongst others.

Unique is the first one, then there’s something I want to tell everybody, I am an introvert and an extrovert at same time.

On rumours of being gay

I mean for a long time I have been in the news, I always tell people that we are in the day and night time. What it is what it is; my track record, to my female fans that have kissed and told, those that know Pretty Mike knows what he’s capable of doing. Like I said, it’s not an excellent track record I want to use to bail myself. We are in a social media era whereby, everybody, even our politicians are trying to be trendier, even our pastors are putting up styles on different level. You don’t just see people that are dressed up and say that person is this. Everybody now is trying to put up their best, it’s all about the pictures.

EFCC has Arrested this Social Media Sensation – Here’s Why!