Tyler Perry Gets a Star on Hollywood Walk of Fame

On Tuesday, the 1st of October, Tyler Perry was honoured with the 2,675th star on the Hollywood Walk of Fame, located at 7024 Hollywood Blvd.

Actors Kerry Washington and Idris Elba introduced Perry, who has worked with each of them as a director. Perry made his Hollywood debut in 2005’s Diary of a Mad Black Woman, which introduced his stage character Madea to movies.

On getting to the stage, he said that this major achievement is meant to serve as a source of motivation for those “whose dreams may be on life support.” He said:

I want you to walk past this star in particular and know that I’ve been there, I’ve been struggling, I’ve been out, broke, homeless.

I’ve been through all of those things, but there was a perseverance, a tremendous faith in God, and this hope that allowed me to keep going.

So, if you’re looking at all of these stars, I’m sure everybody has a story here who’s been immortalized here, but this one in particular is for the underdogs.

Tyler Perry shared a photo on his Instagram page as he appreciated the honour and support from other actors. He wrote:

Ok, let me explain this photo. So I got a star today on the Hollywood Walk of Fame. Thank you chamber!! I’m so grateful, but onto this photo. @only1crystalfox spoke and moved me. @kerrywashington spoke, and we both were in tears.

Then @idriselba came up to speak, and they all were so powerful. I was so moved. To look out and see all the cast from all the shows that I have created made my heart so full. To be able to give opportunities to so many was just so humbling to me.

Anyway, the photogs were asking for photos so at that moment the BEAUTIFUL KERRY WASHINGTON was leaving, and they all started snapping pictures of her!! Look at my face. We had such a good laugh about this. Thank you, everyone, for your support and love all these years. My Mamma would be so proud. 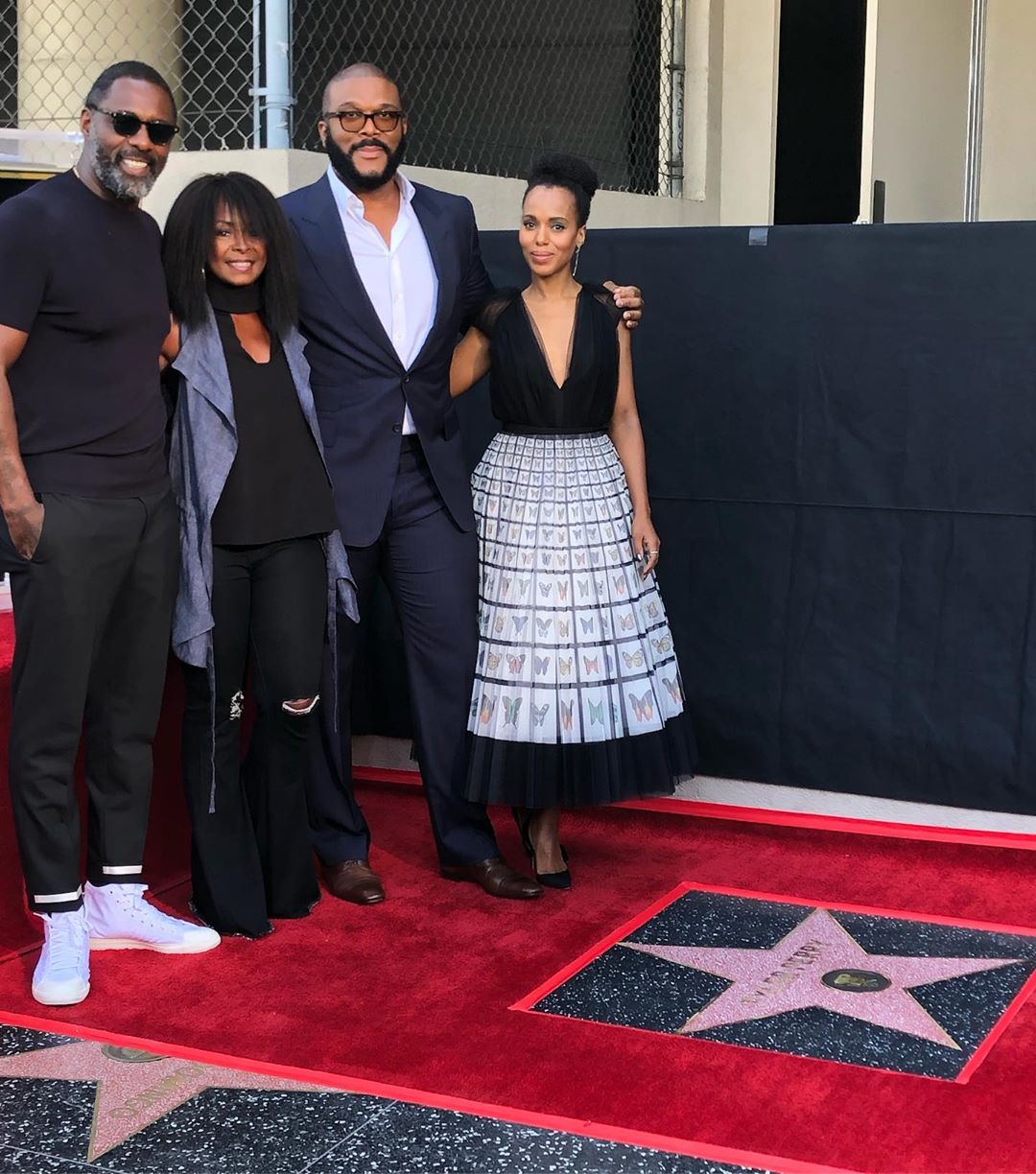 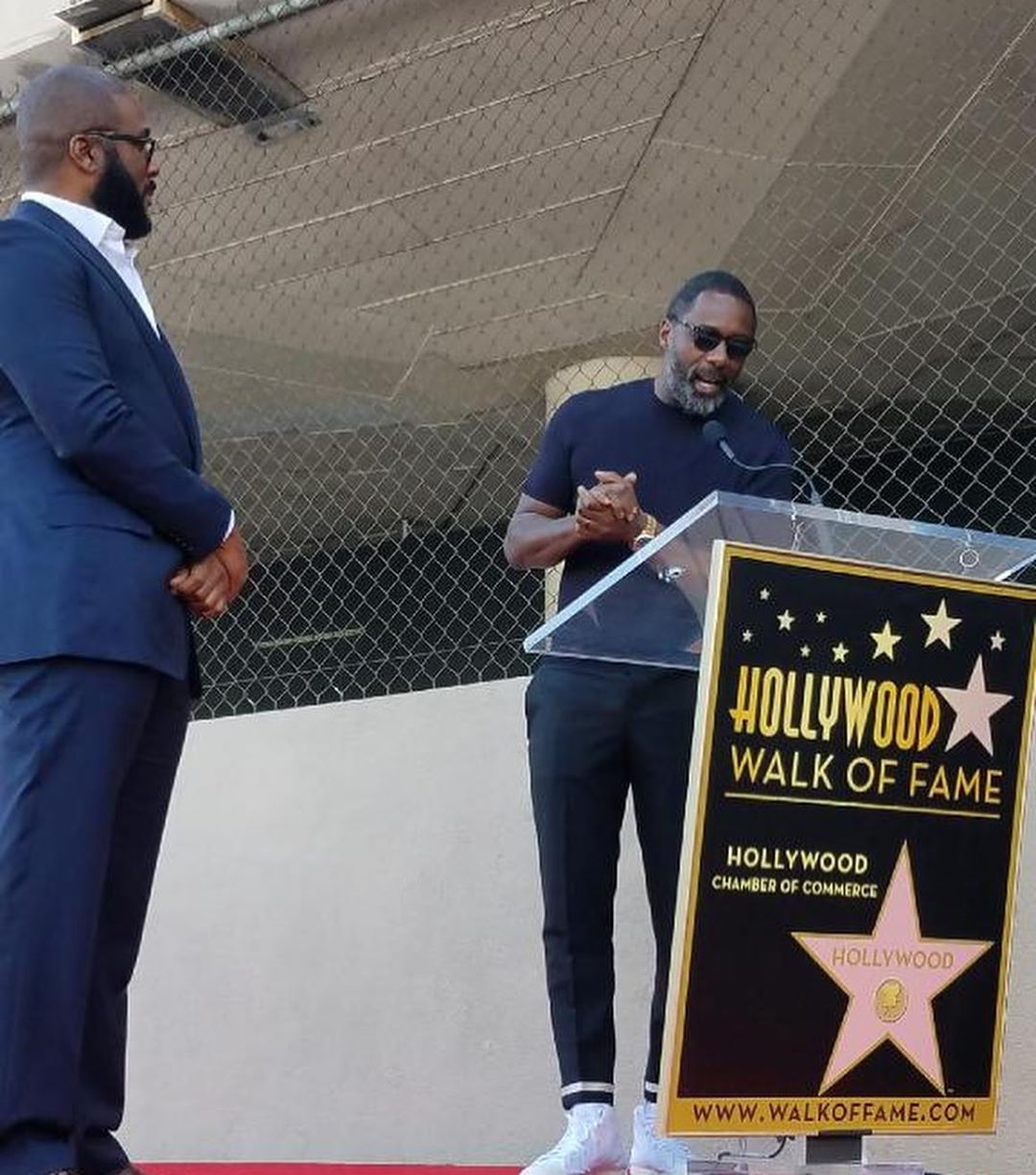 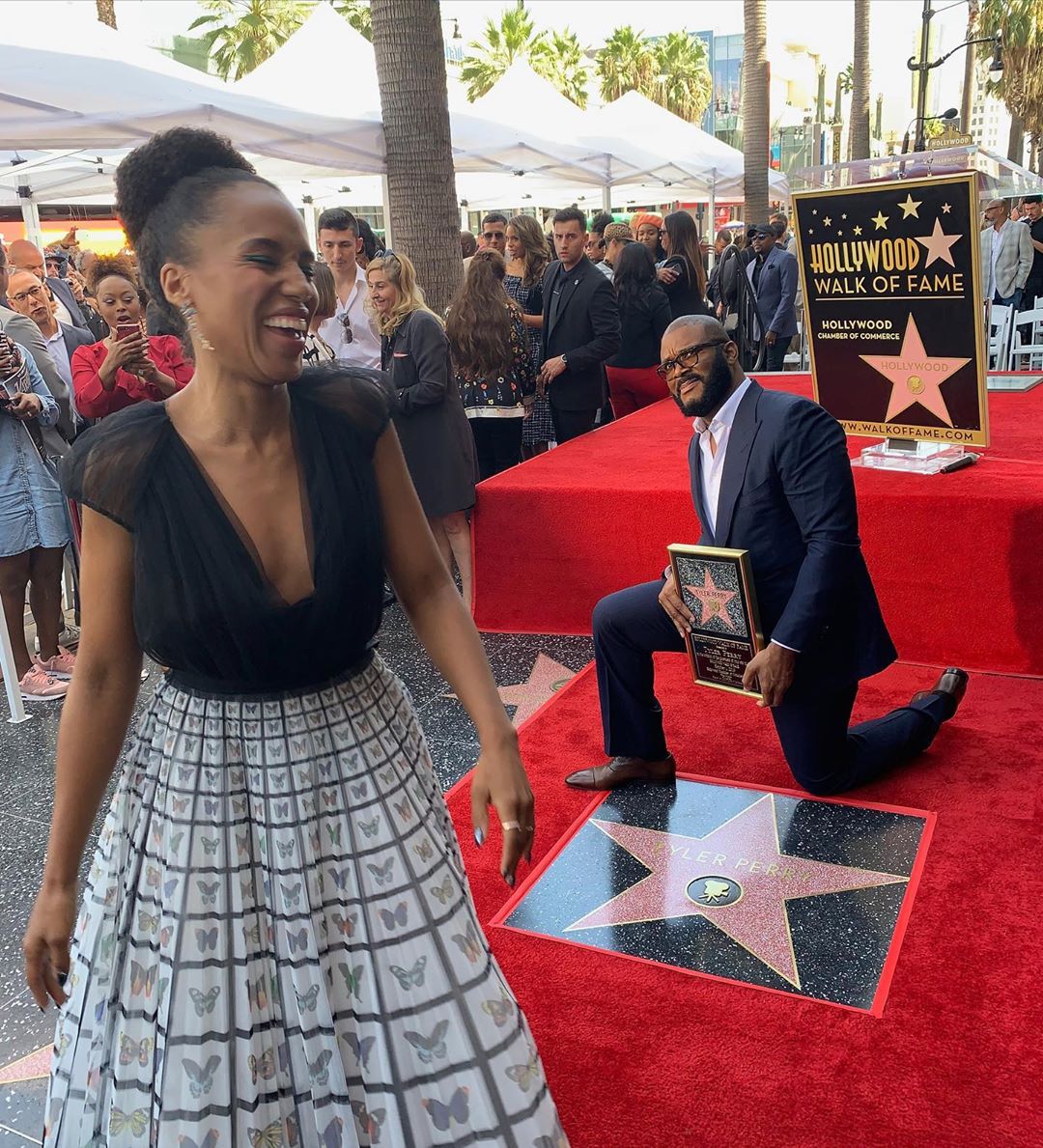 So well deserved! ? @tylerperry is the epitome of #BlackExcellence! Join us in congratulating him on his Hollywood Walk of Fame Star today. We couldn’t be more excited to join forces with him on @betplus and his two new upcoming shows #SistasOnBET and #TheOvalOnBET premiering OCT 23 starting at 9/8c!