ELLE’s 2019 Women in Hollywood issue is out and it features ten women who have contributed and made impact in the world and some of our favourite stars graced the covers.

For the 2019 Women in Hollywood, the answer comes with plotting a path unknown. 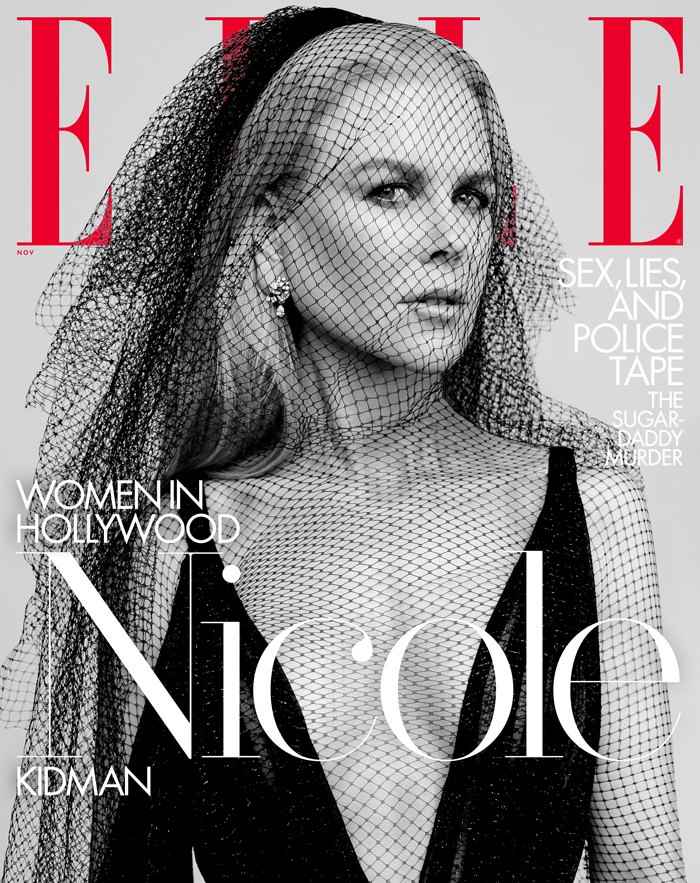 Nicole Kidman on more Big Little Lies and her upcoming project Bombshell: “Everyone says, ‘Are you going to do a season three?’ We’re like, ‘Just give us a sec.’ We’d love to do another season because we love being together, and it’s lovely spending time with your friends, and with such good material. It’s part of the reason I wanted to do Bombshell, to support Charlize.” 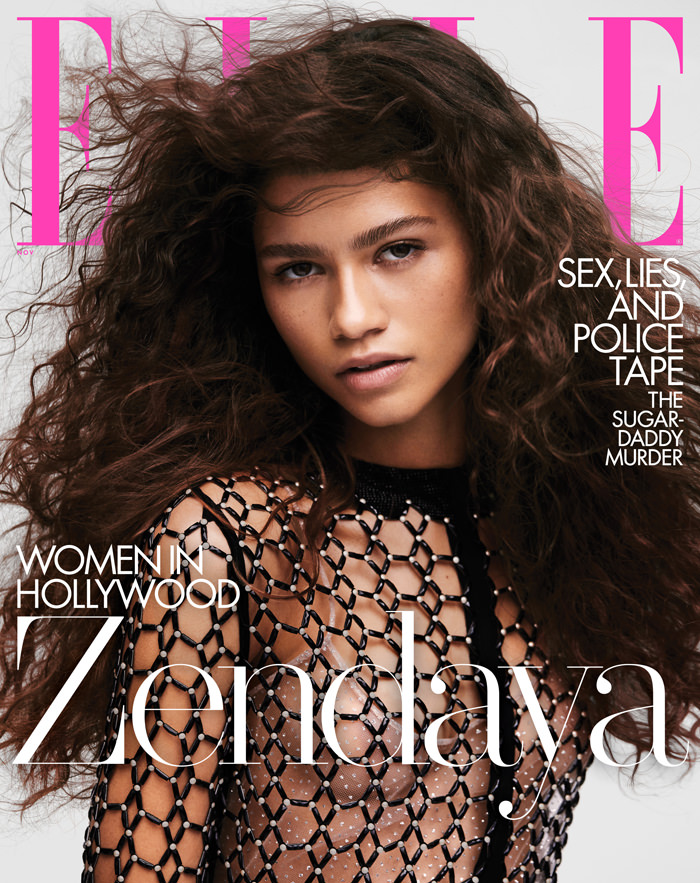 Zendaya on learning to be confident in her acting abilities after her role playing an addicted teen in Euphoria: “I think Euphoria taught me a lot about myself. It made me more confident in my own abilities, because I doubted myself a lot.” Zendaya says that before the show, she didn’t have any work that pushed her or allowed her to be creative. “I was looking for something to prove I can do it. Euphoria served as that, in the healthiest way. I never want to plateau as an actress I always want to be able to explore and push myself. [Being an actress] brings me to places and makes me do things I’d probably never do because I’m such an introverted person. I know, I’m super hard on myself. People actually saying I did a good job at my craft. 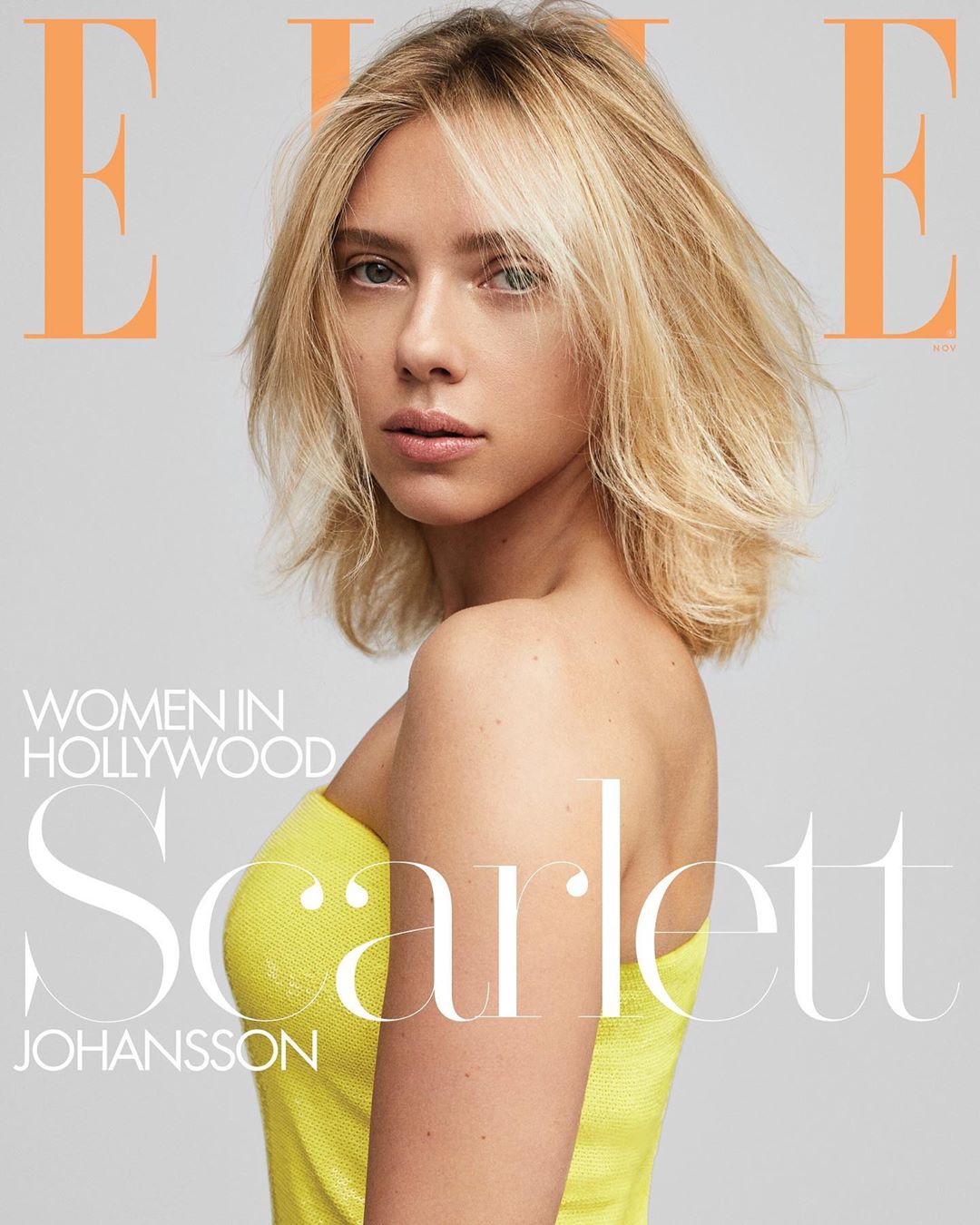 Scarlett Johansson, on feeling a connection to her Marriage Story character Nicole, who is going through a divorce: Johansson also felt an almost eerie sense of connection when Noah Baumbach handed her the monologue over lunch in the fall of 2017. “It was the first piece Noah gave me, and it felt familiar somehow, but not because of what I’d been experiencing then,” says the actress, 34, who at the time was embroiled in her own separation, from French curator Romain Dauriac. “But maybe because of how I grew up, and the dynamic between my parents—or maybe because I’ve known women who’ve dedicated themselves to their partner’s vision and then come out of this decade-long relationship feeling almost like a ghost.” She adds that she, too, has been in that place, and that the truth in Nicole’s story was what excited her. “I didn’t hesitate at all, because I knew that I’d have the opportunity to say those words,” she says. “Noah gave me that monologue, and I was like, ‘Well, sh**, come on.’ Am I going to be like, ‘Nah, I’m good let some other actor have that’? No way. 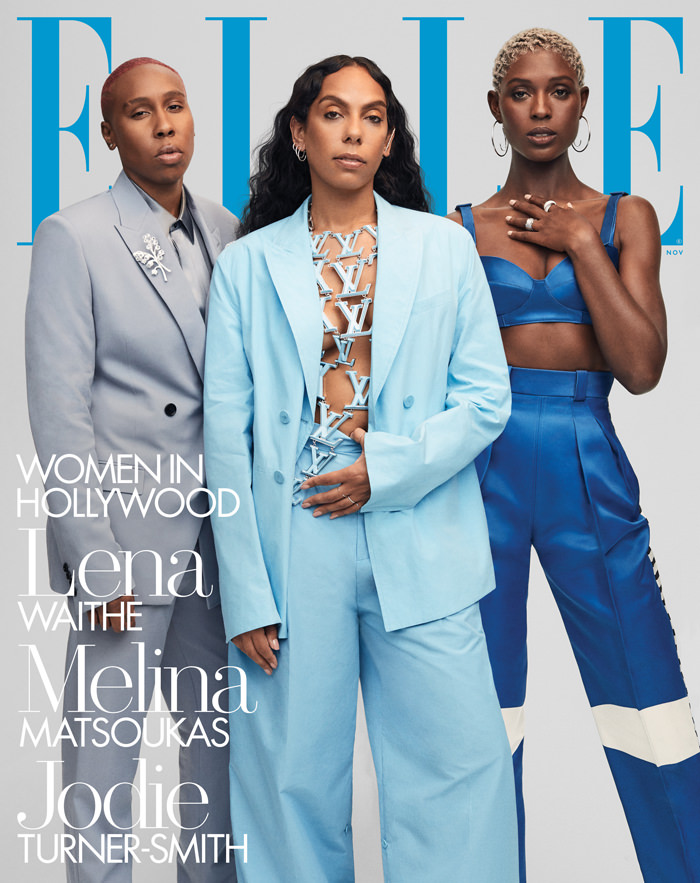 Lena On how writing Queen & Slim was a way for her to rebel and gain agency: “I didn’t truly experience what it means to feel like a second-class citizen until I sold my first TV show. Because out of five people, I was the fifth most important person in the room. During the first season [of The Chi], I didn’t have any real agency, so that’s when I started working on the script. It was almost my way of rebelling and reminding myself I do have a gift. They can’t appreciate it now, but they will.”

Melina on being a woman of color, and feeling pressure to be perfect: “In our success comes other black people’s success, so there is a lot of pressure for us to do well for the culture. It’s hard to create art with that weight, and I feel it every day. It’s one of my greatest fears, failing. I just want to make my people proud.”

Jodie on the message behind the film: “The act of committing that type of violence is not something that is glorified, but it’s really a comment on how black people are put in this kind of life-or-death situation way too often. These people make the radical choice to survive, even when it means doing something so horrible that there’s no coming back from it. Even thinking about the concept raises the hairs on my arms, because it really is a film about black survival at all costs.” 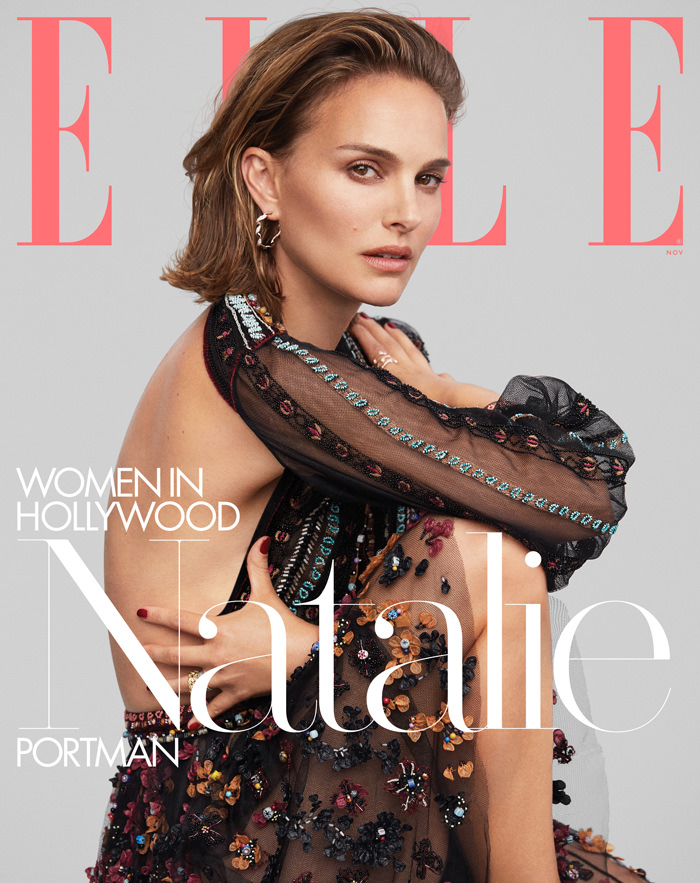 Natalie Portman on how her involvement with Time’s Up has spawned a powerful network for trading experiences: “If we don’t talk to each other, we can’t share, we can’t get information, we can’t get angry and organize together. It’s actually really important to talk,” Portman says. “Something we’ve been talking about is sharing salary details with each other, because right now it’s such a taboo. It’s actually a real way that we can help each other, to be like, ‘Hey, this is what I get paid. This is how I negotiated this.” 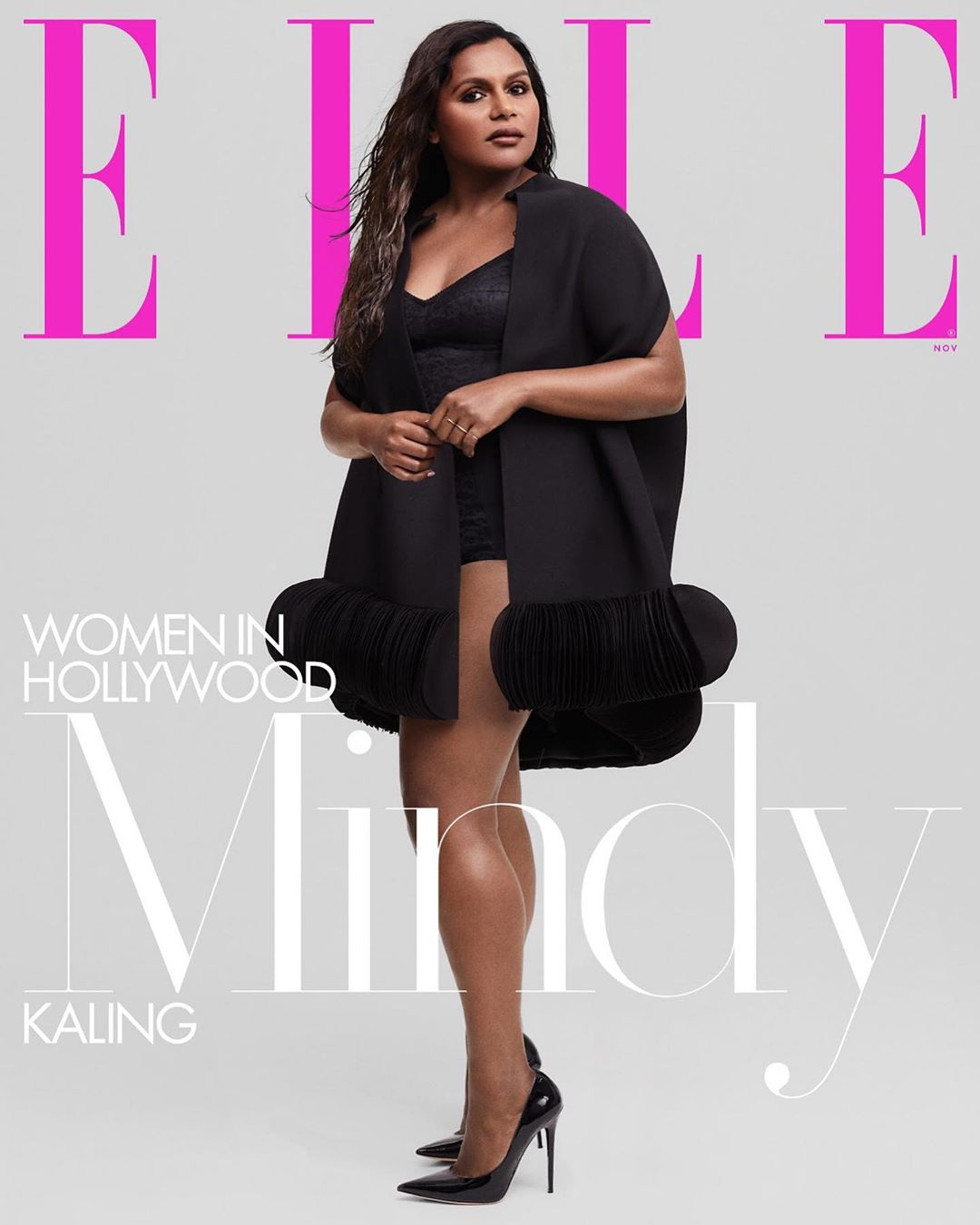 Mindy Kaling on facing sexism early on in her tenure at The Office: The show was nominated for an Emmy for Outstanding Comedy Series. Shortly after, the Television Academy, which puts on the awards show, told Kaling that because there were too many producers on The Office, they were going to cut her from the list. She, the only woman of color on the team, wouldn’t be eligible for an Emmy like the rest of the staff. In order to receive her rightful recognition, she recalls, “they made me, not any of the other producers, fill out a whole form and write an essay about all my contributions as a writer and a producer. I had to get letters from all the other male, white producers saying that I had contributed, when my actual record stood for itself.” Her name was included in the final list, though the show ultimately didn’t win. 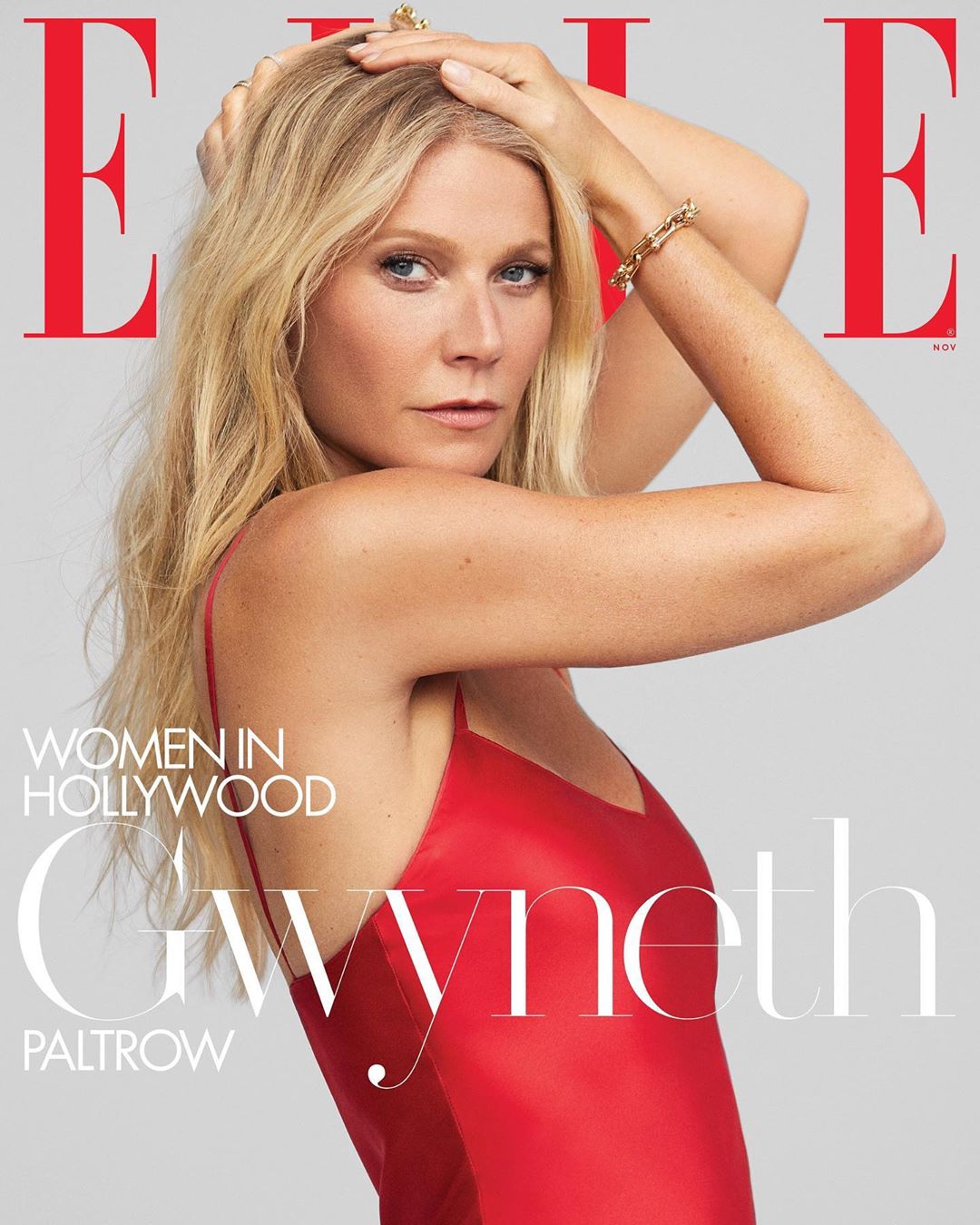 Gwyneth on ambition being a dirty word in the industry and why it’s now been unleashed: Paltrow says that as an actress, she never felt that ambitious, though this was as much for systemic reasons as it was for personal ones. “In the ’90s, when I was coming up, it was a very male-dominated field. You used to hear, ‘That actress is so ambitious,’ like it was a dirty word.” But now, with Goop, “my ambition has been unleashed,” she admits. 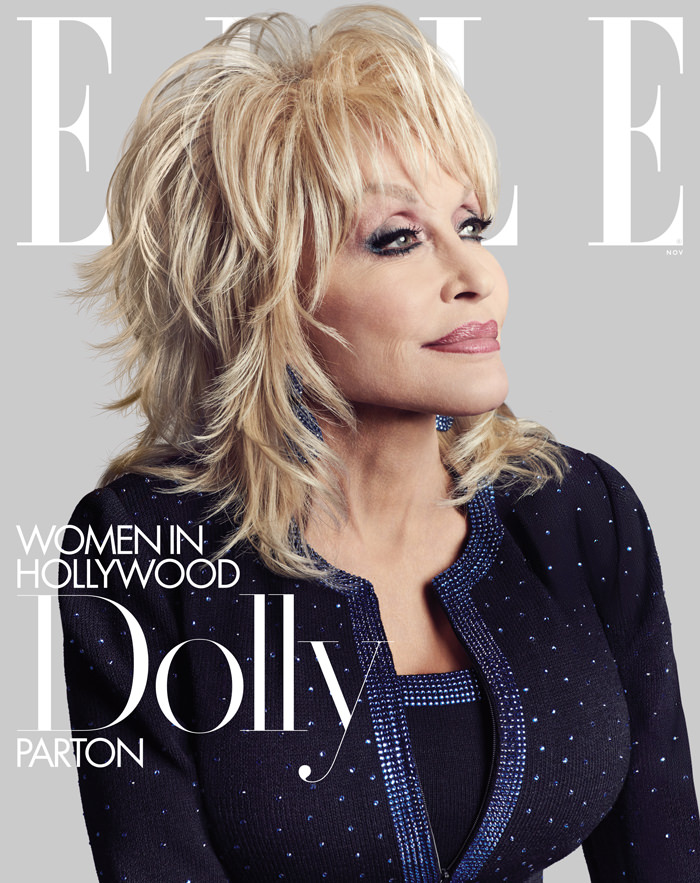 Dolly Parton on being a good example of female power and supporting women: “I’m still out, living it, doing it, writing it. People say, ‘Why don’t you get out and do more?’ I say, ‘I don’t have to preach. I write it. I sing it. I live it.’ If I’m not a good example of a woman in power, I don’t know who is. I’m out there just promoting mankind, but I am most definitely going to get behind those gals.