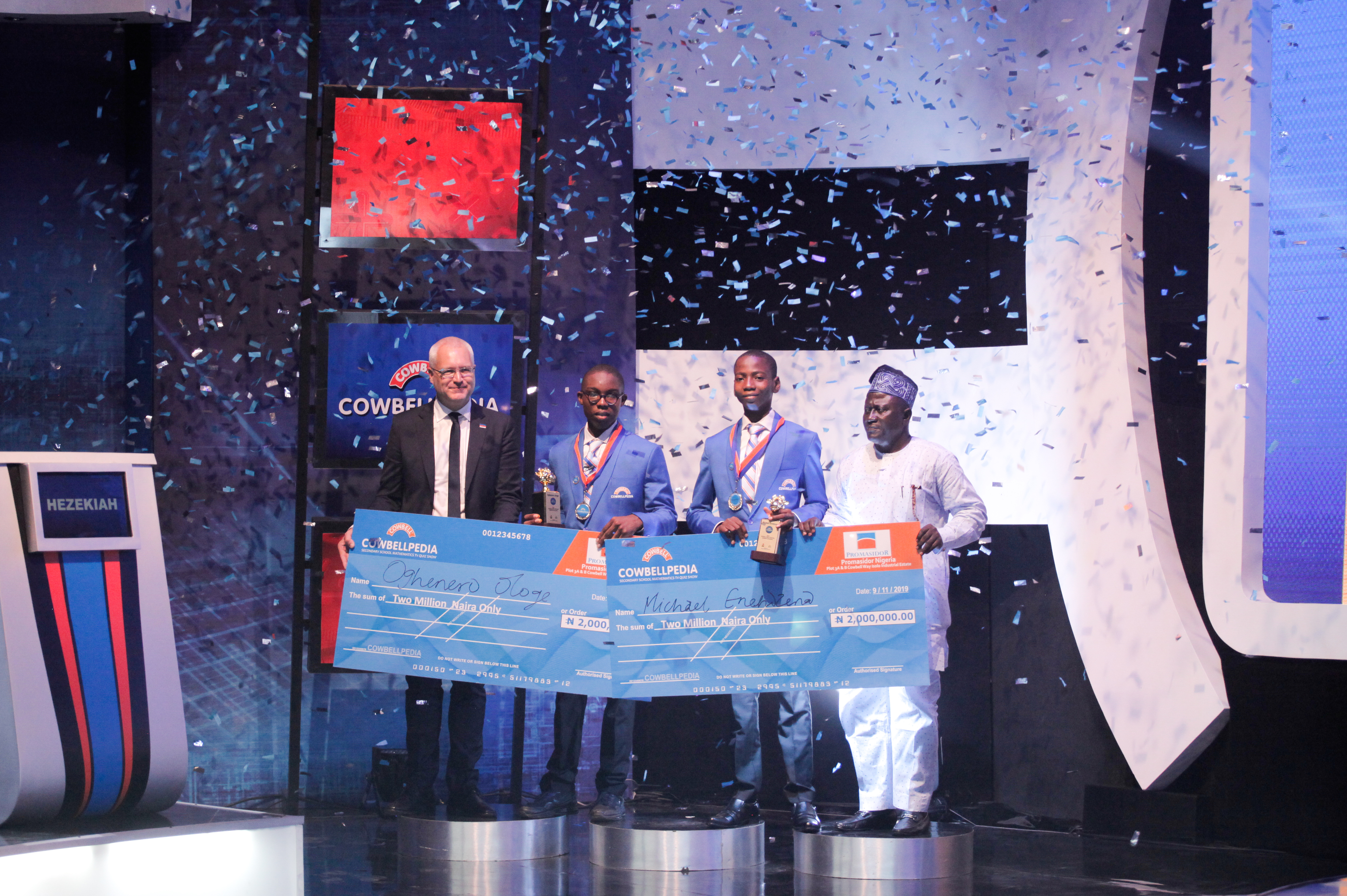 Allow us present to you, the new Kings of Mathematics, Enehizena Michael and Oghenero Ologe as they were crowned at the season finale of 2019 Cowbellpedia Secondary Schools Mathematics TV Quiz Show.

While 15-year-old Oghenero Ologe from Zionsfield Private School, Lagos State was the winner in the senior category. Nicking the crown at the expense of Akinyemi Dabira of The Ambassadors College, Ota, Ogun State and Hezekiah Olabisi of Bibo Oluwa Academy, Ilesha, Osun who emerged first and second runner-up respectively.

Finishing in 2nd place in the junior category is Abdulquayum Alli from Ota Total Academy, Ogun State who had 115 points and David Charles of Graceland International Secondary School, Port Harcourt, Rivers State, who scored 110 points to finish in third place. 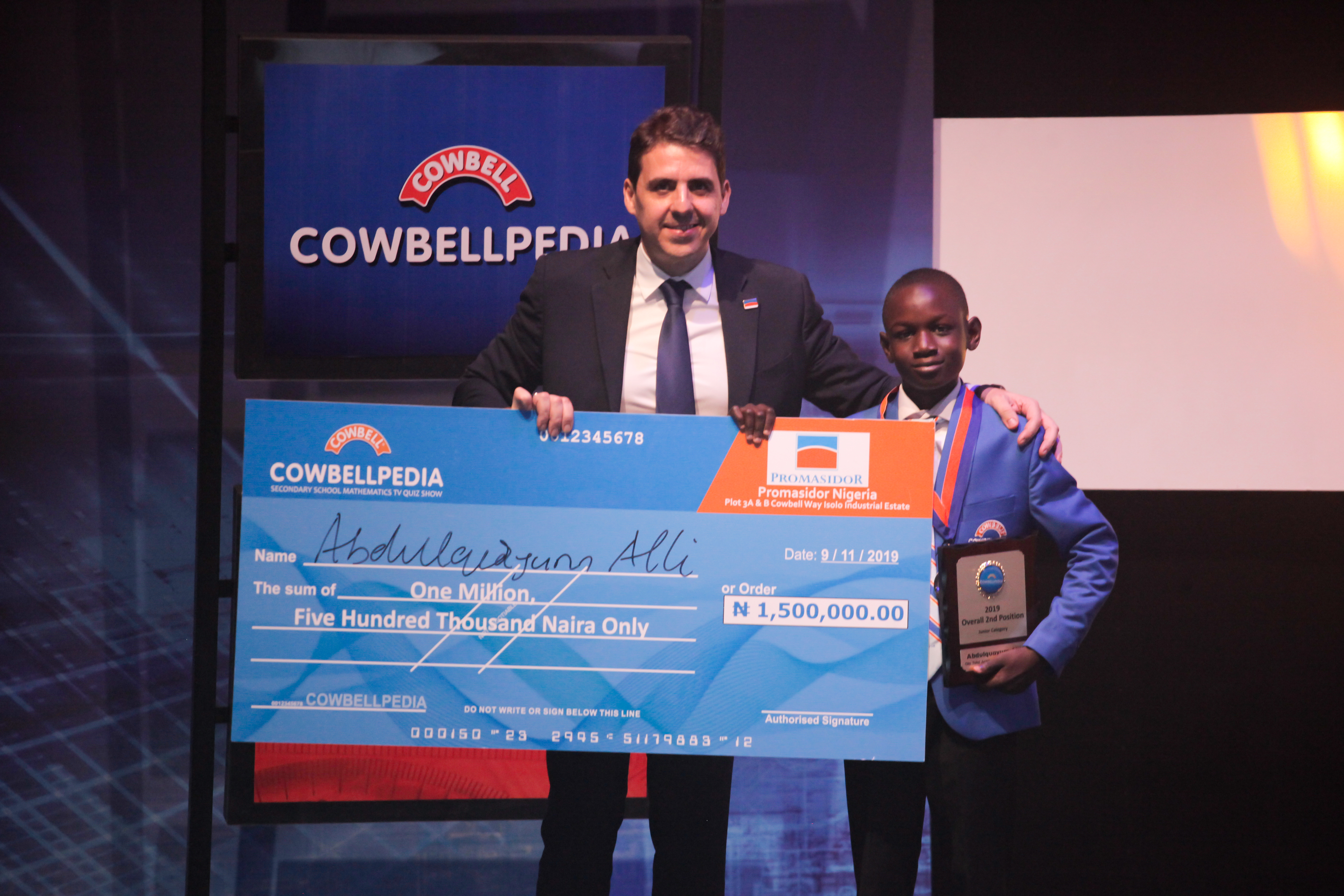 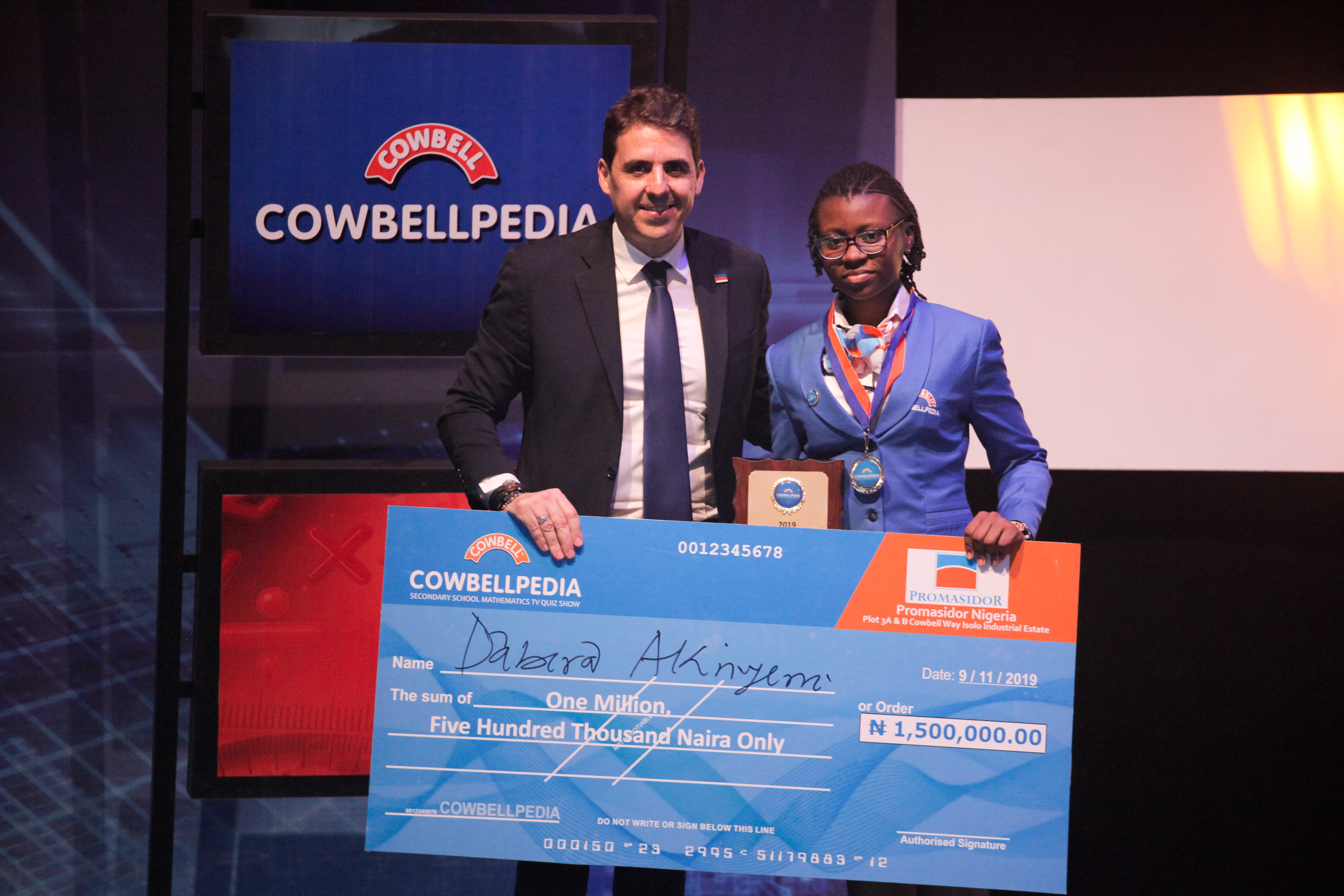 The champions in both categories received their prize money of N2 million each with an all-expense paid educational excursion abroad; while the first and second runners-up in both categories got N1.5 million and N1 million respectively. 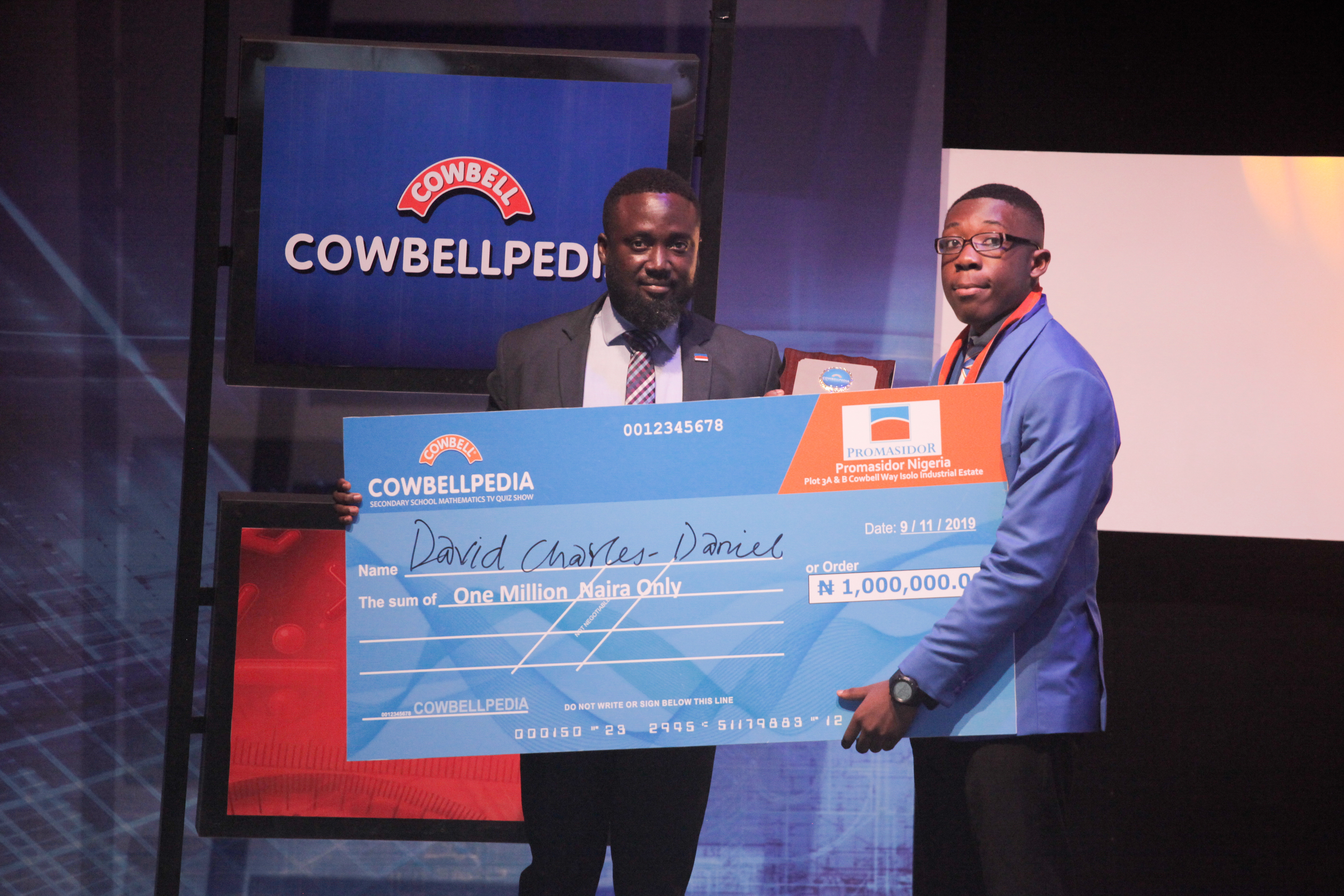 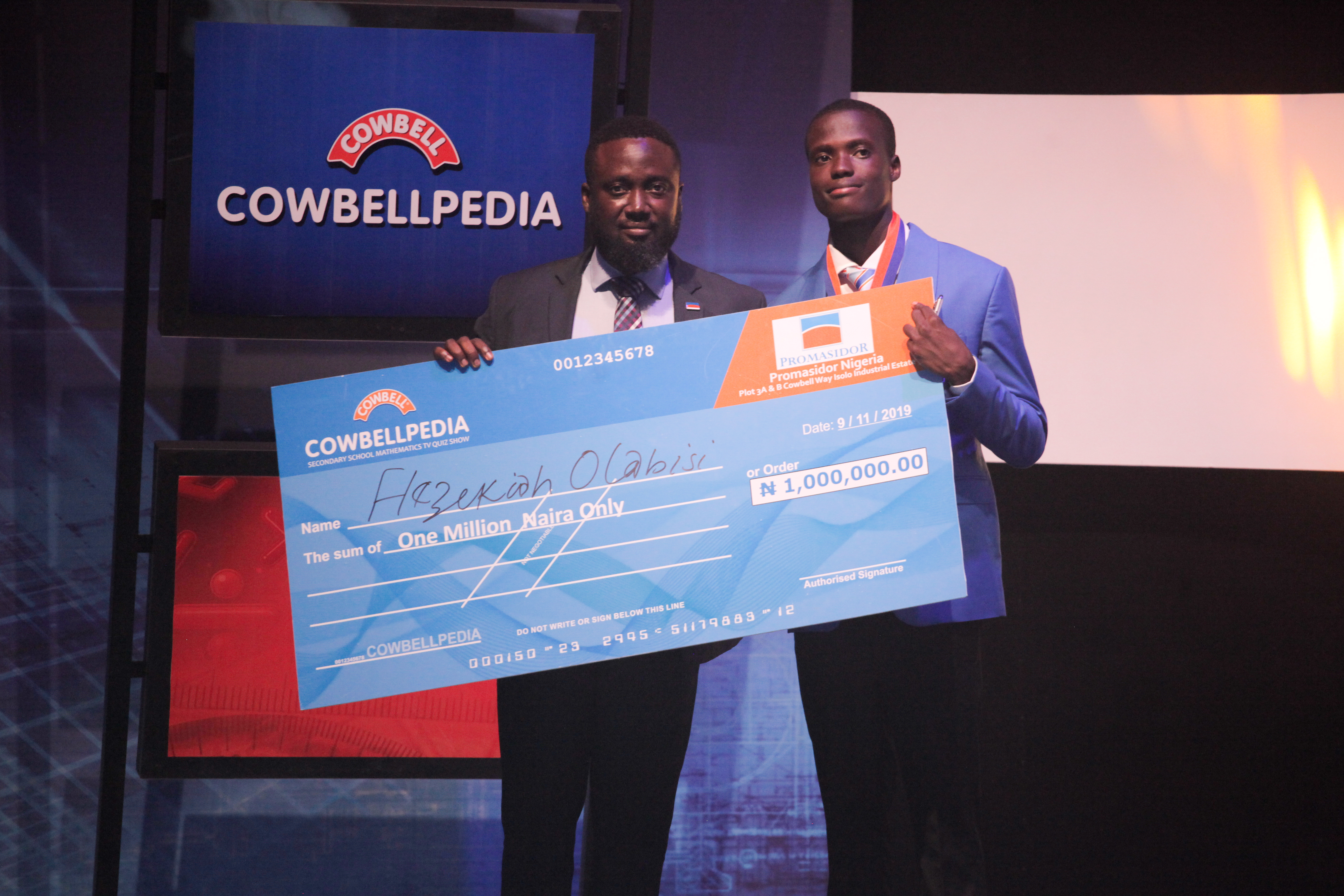 It’s been an exciting season finale, a truly thrilling, but energy-sapping mental duel on an electrifying night!