After two successful and impactful events in Lagos and Abuja, the European Union took its message of green energy and sustainable development to the Centre of Commerce, Kano State, on September 25th. 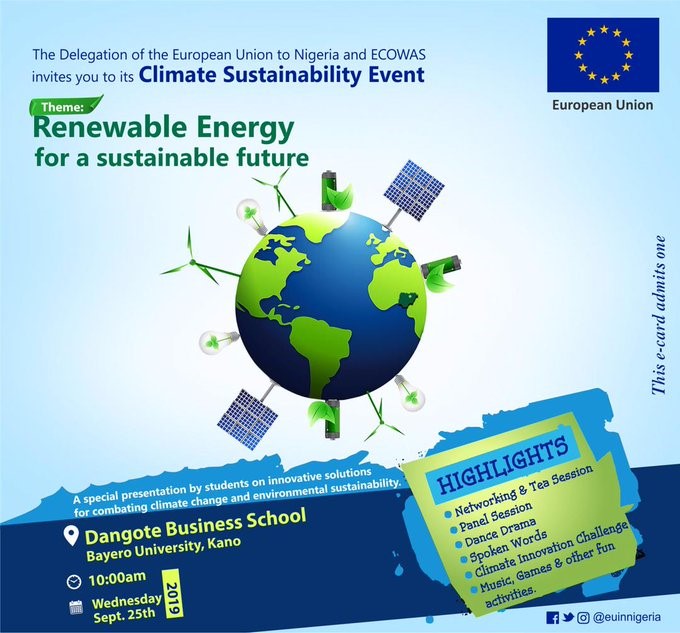 Like the preceding editions in Lagos and Abuja, the Kano event sought to bring to the forefront of national discourse, key climate change issues while advocating renewable energy as a viable solution.

It is noteworthy that the EU and the Kano State government successfully completed and launched the Galinja Small Town Water Scheme, providing 9,000 locals access to clean water, sanitation & hygiene.

During the discussion, the speakers underscored the palpable evidence of climate change on our environment; from the change in the pattern of rainfalls to the increase in temperature and much more. They also emphasized the need for the governments to acquaint themselves with the larger impacts of climate change and make use of available resources. It was a truly enlightening discussion, as the speakers shared their wealth of knowledge with the audience. 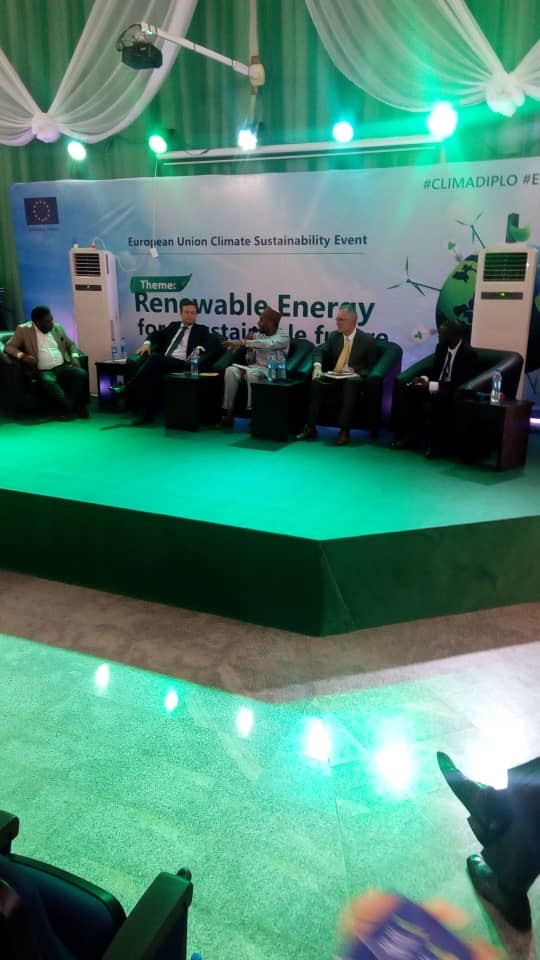 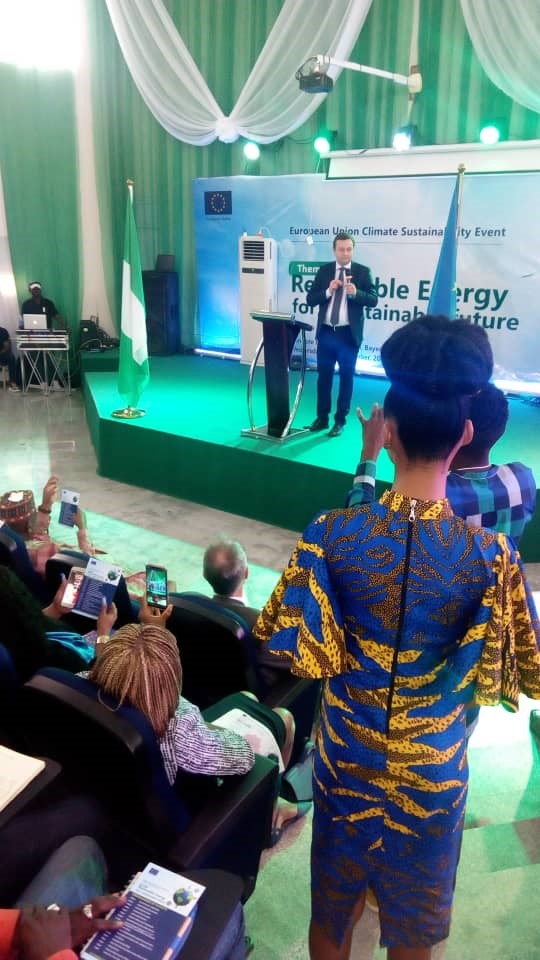 Alhaji Kabiru Shehu, the Kano State Head of Service, who represented the state government, acknowledged the efforts of the EU in combating climate change and making renewable energy accessible. He also voiced the state’s support to the important causes.

A major highlight of the event was the Climate Innovation Challenge, aimed at sparking up the climate change discourse amongst the students of Bayero University. This challenge encouraged students to share their innovative ideas to tackle the effects of climate change and promote environmental sustainability. Twenty-six students sent in their entries and two winners emerged- Jato Fanan Joseph and Muheeb Ridwan. 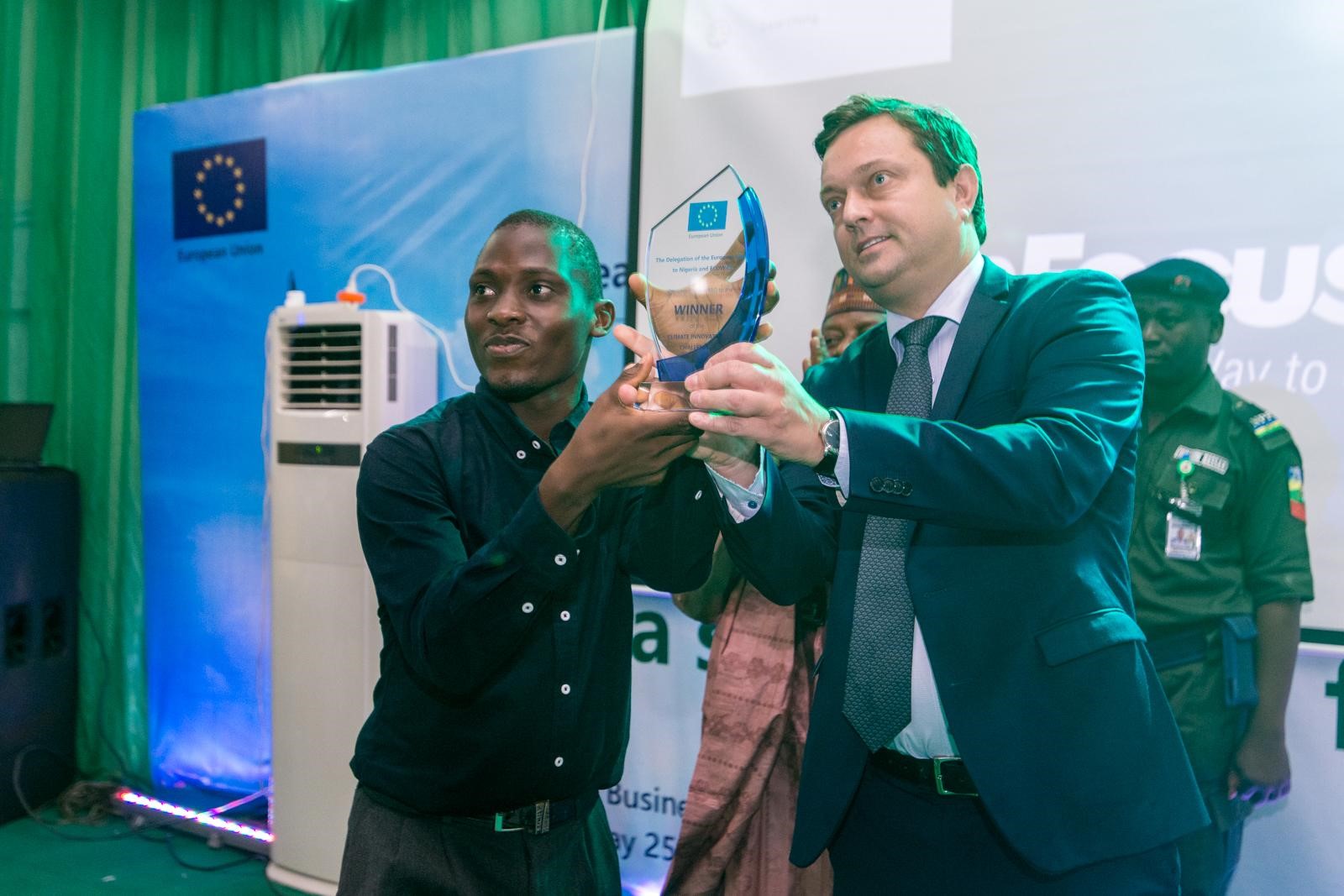 Winners of the Climate Innovation Challenge receiving their prizes. 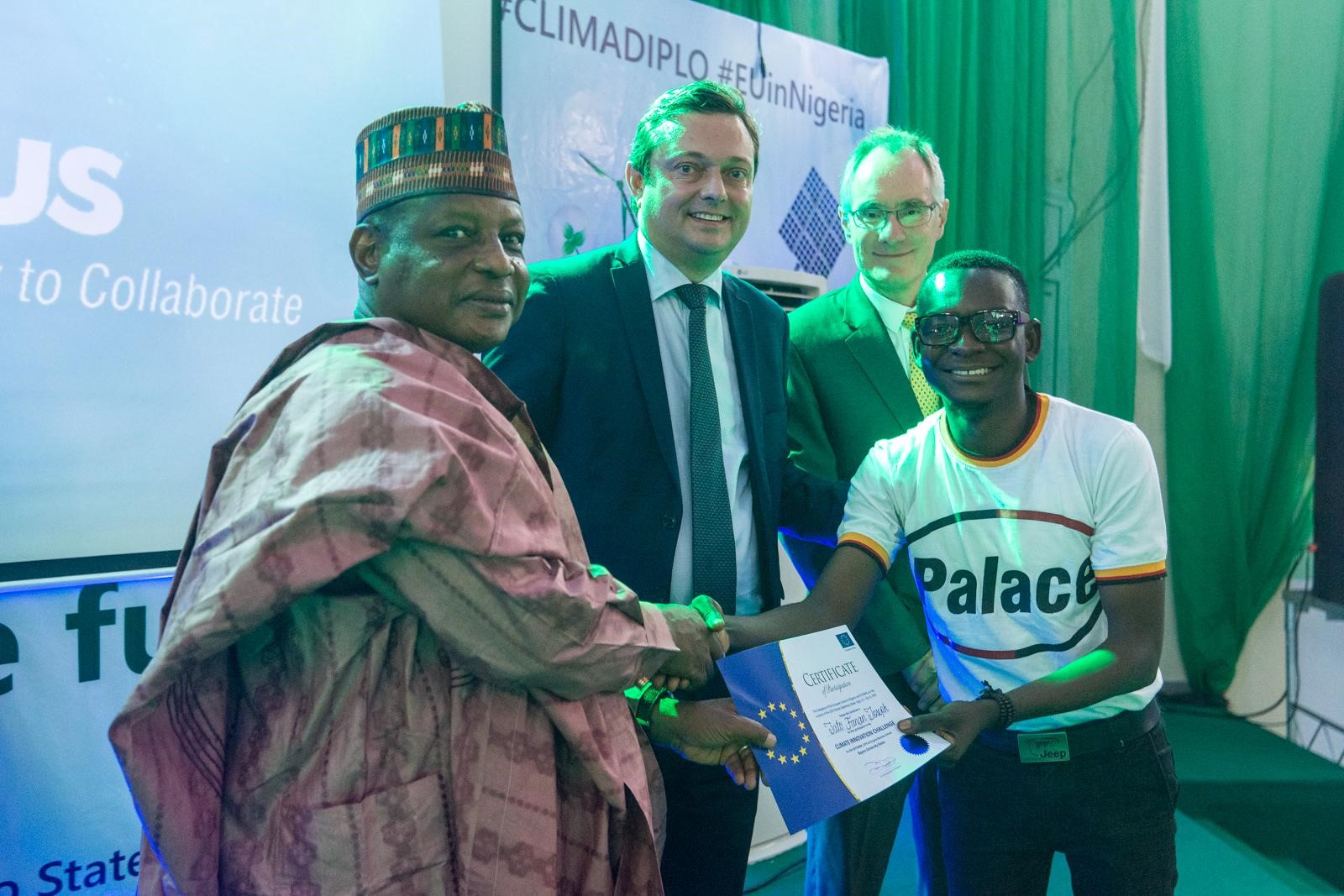 Another highlight of the event was a gripping dance-drama that touched on the importance of education and its role in fighting climate change by discouraging harmful activities like bush burning and the infiltration of waste affecting our biosystem. 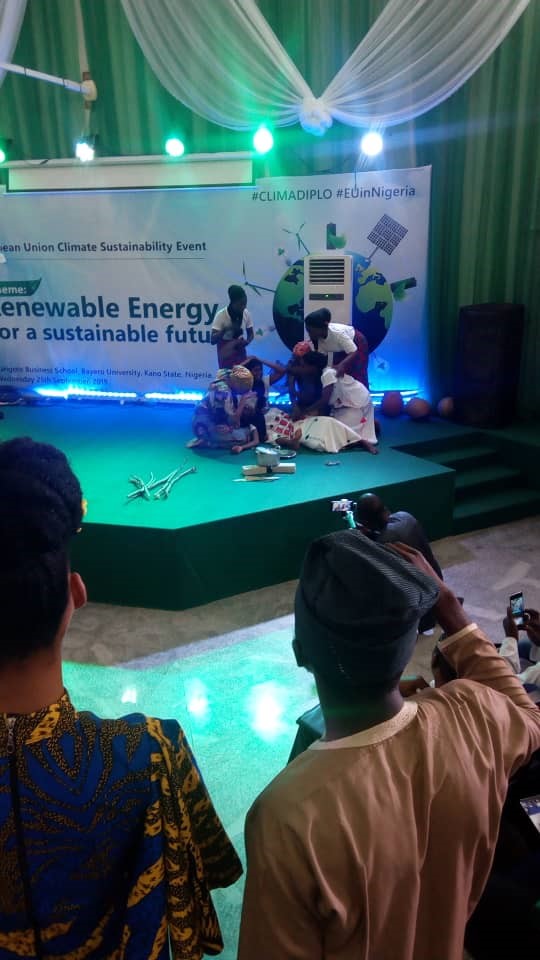 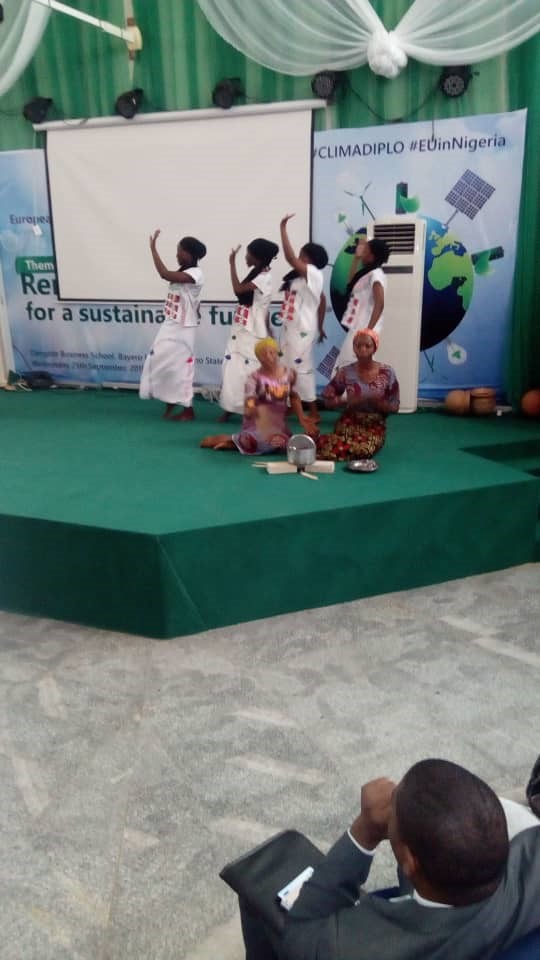 In a bid to encourage the students to harness their talents, the students of the University were given the opportunity to bring their vibrant energy on-stage with musical performances and spoken word.

Also taking the stage was legendary singer/ songwriter, Sound Sultan who made a guest appearance, performing a string of his biggest hits to the thrill and delight of the audience.

The European Union has promised to stay committed to its fight against climate change and its promotion of sustainable development in Nigeria. This has led to a number of projects and events, aimed at ensuring that its goals are achieved. Renewable energy has been advocated as a viable solution to Nigeria’s climate change issues, as well as issues in the energy and power sectors.

It is therefore imperative that Nigeria prioritizes these issues, to curb the growing menace, in a bid to create a better future for Nigeria.

Okurrrrrrr! Cardi B is set to Perform in Lagos and Accra on her First ever Visit to Africa