Are Kylie Jenner & Drake Together? Sources Say the Two were spotted Hanging Out 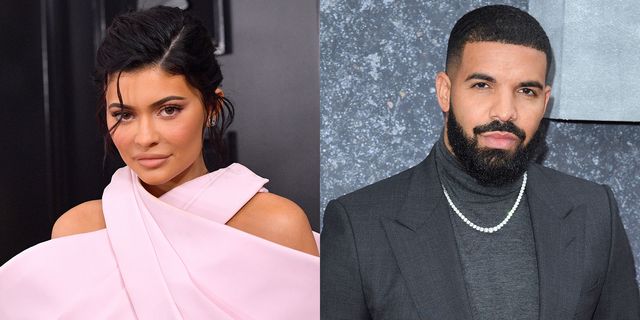 Word on the street is that there could be something brewing between Drake and Kylie Jenner, as the two were spotted spending a lot of time together and maybe even flirting.

According to sources from US Magazine, Kylie was inseparable from Drake at his birthday bash, although nothing overtly romantic was said to have happened.

“She spent the most time near Drake and his friends,” a source told Us. “Kylie was rapping to songs and dancing with her friends while she was next to Drake, but they weren’t dancing together; they seemed to have a connection though.”

A second source said the vibe between the two was good, and there was chemistry. “They seemed to be enjoying each other’s company,” that source explained. “They were joking around, and Kylie was laughing. She seemed to be really happy and in a great mood and her and Drake seemed very comfortable with each other. There seemed to be an attraction there.”

Page Six had additional details on the bash and also reported Drake was seen talking with Jenner. It was mobster-themed, and Drake really had the loveliest time. “He was actually the quintessential gentleman,” a source told Page Six. “He greeted people and said hello to everyone and shook hands. He really had a good time with his friends and was laughing…He literally worked the room for the entire party.”

Another source from People Magazine say “He and Kylie have been spending time together recently, they’ve been friends for a long time and Drake is very close to the family.”

Related Topics:DrakeKylie Jenner
Up Next