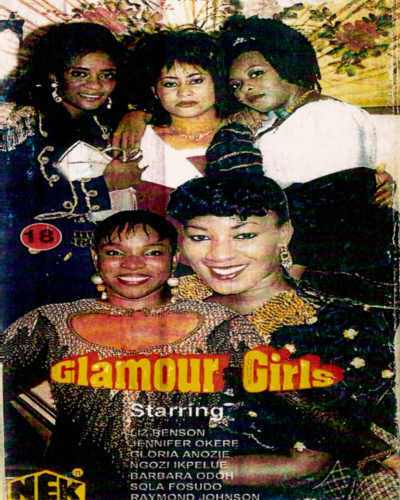 Remember the blockbuster 1994 Nollywood movie, “Glamour Girls“? If you remember, great. (if not you probably weren’t born then or still in primary school. Lol!)

“Glamour Girls” is the story about a village girl who was influenced by her friend to get a job in Lagos so as to live a better life.

Just after the successful remake of “Living in Bondage: Breaking Free“, seems like another Nollywood classic is coming back to our screens.

We’re hearing a “Glamour Girls” remake is underway, as the rights to the movie have recently been acquired by entrepreneur, Charles Okpaleke, under the media subsidiary of the Play Network Africa, where he is a co-founder.

Charles Okpaleke also owns the sole rights to Living in Bondage, whose sequel recently achieved blockbuster status in Nigeria, having grossed over 140 Million Naira within the first few weeks of its release. “Living in Bondage: Breaking Free” marked Charles Okpaleke’s debut into the Nollywood industry as an Executive Producer and is still showing in cinemas nationwide.

Did you watch Glamour girls in the ’90s? Would you find a remake nostalgic? We are beyond proud of the new Nollywood and the progress made, although we can’t help but reserve a piece of our hearts for the good, old, epic Nollywood.

MBGN World Nyeka Douglas has Been Guaranteed a Place in the Top 40!