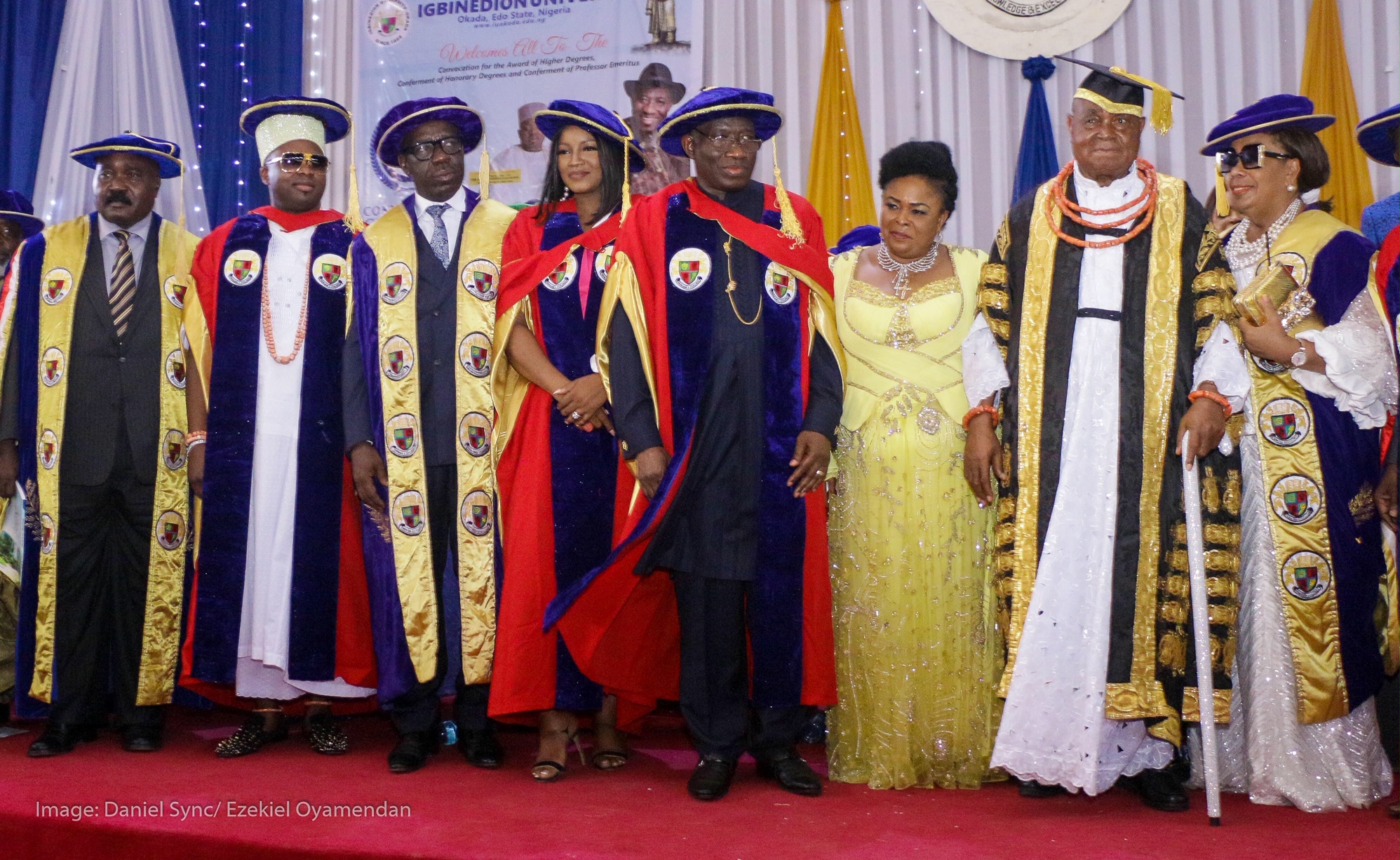 Jonathan took to Facebook to celebrate his new feat. He wrote:

I appreciate the Senate and Governing Council of Igbinedion University Okada for conferring on me an Honorary Doctor of Science Degree and for renaming the College of Arts and Social Sciences after me. I congratulate other honourees and all graduating students.
GEJ. 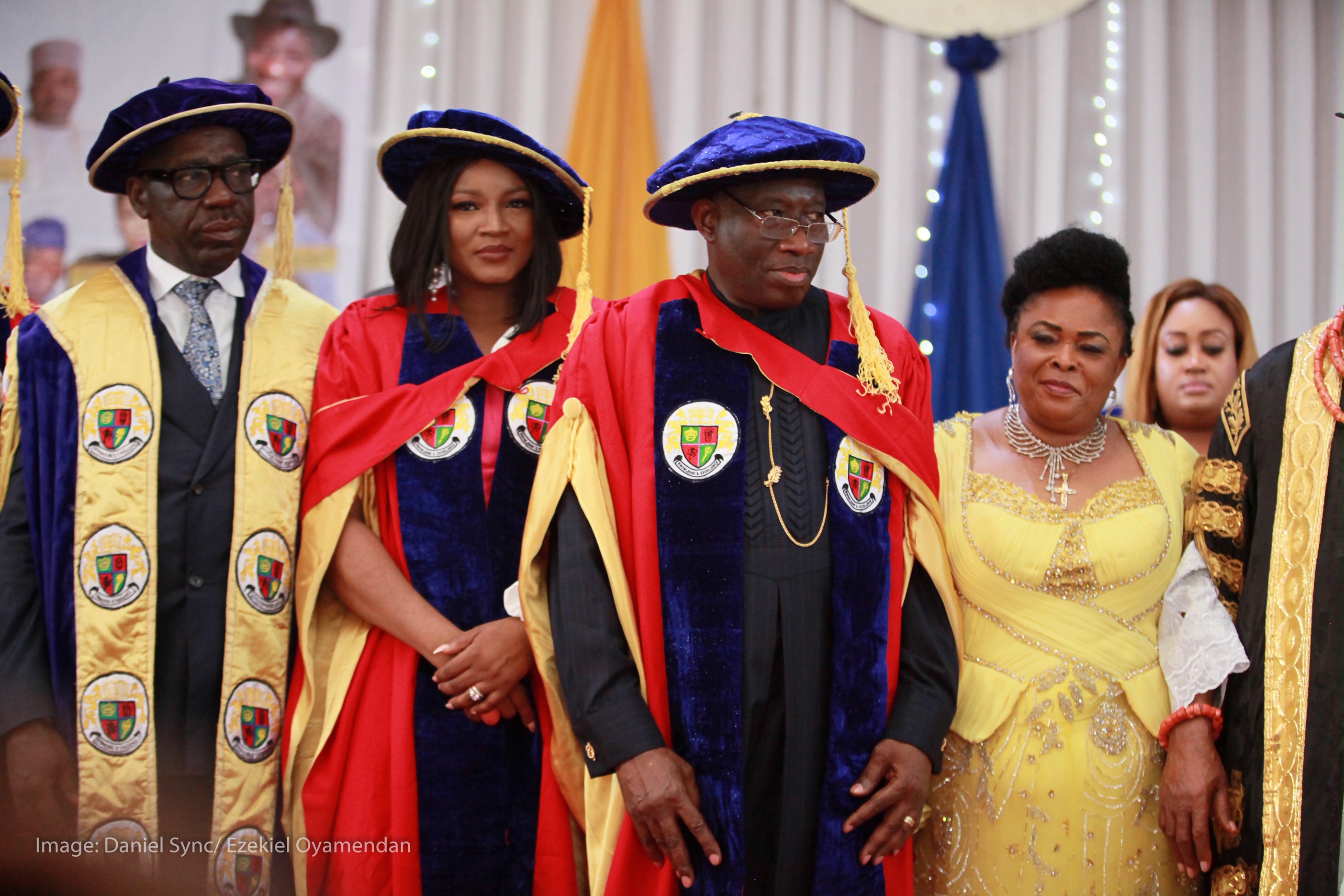 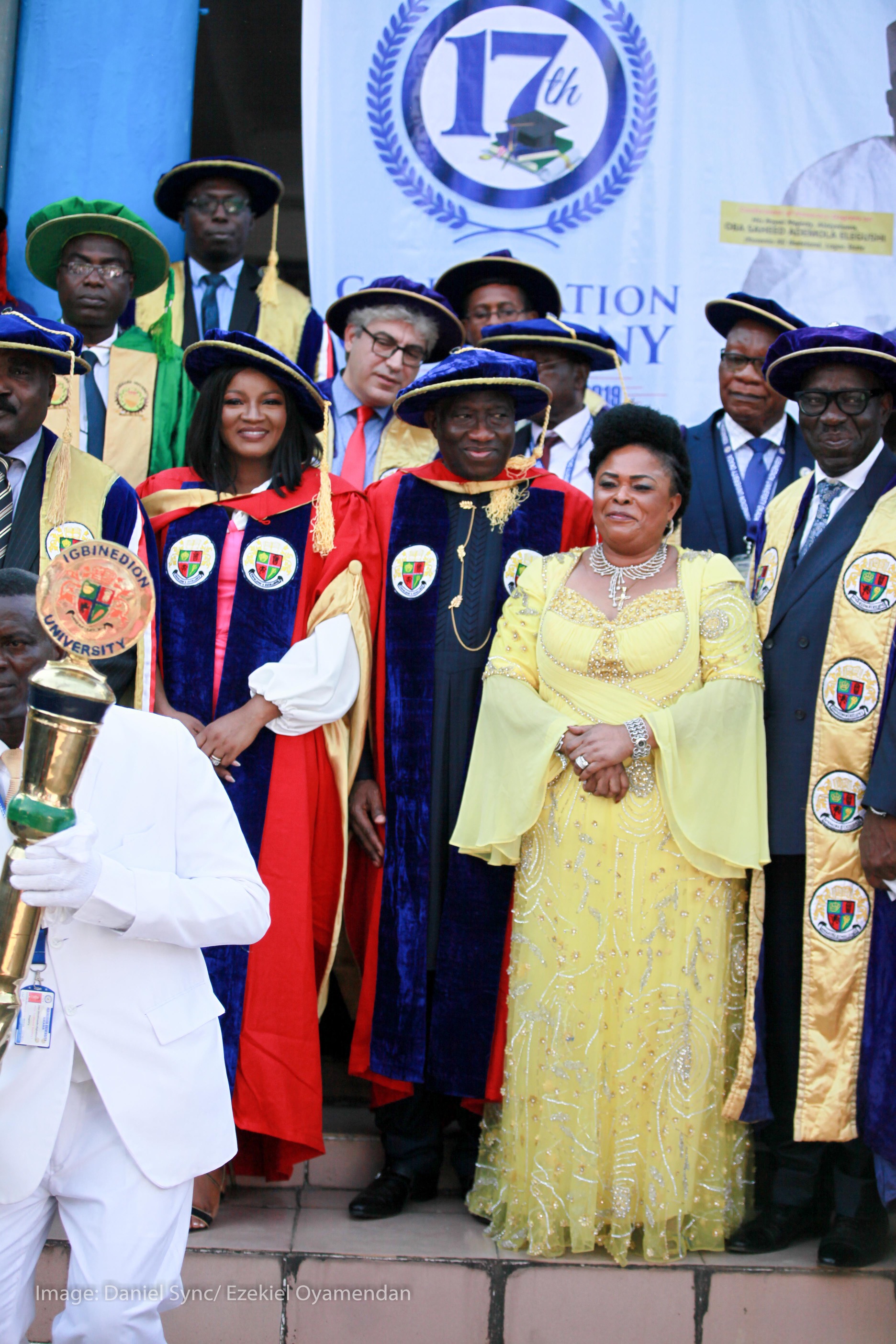 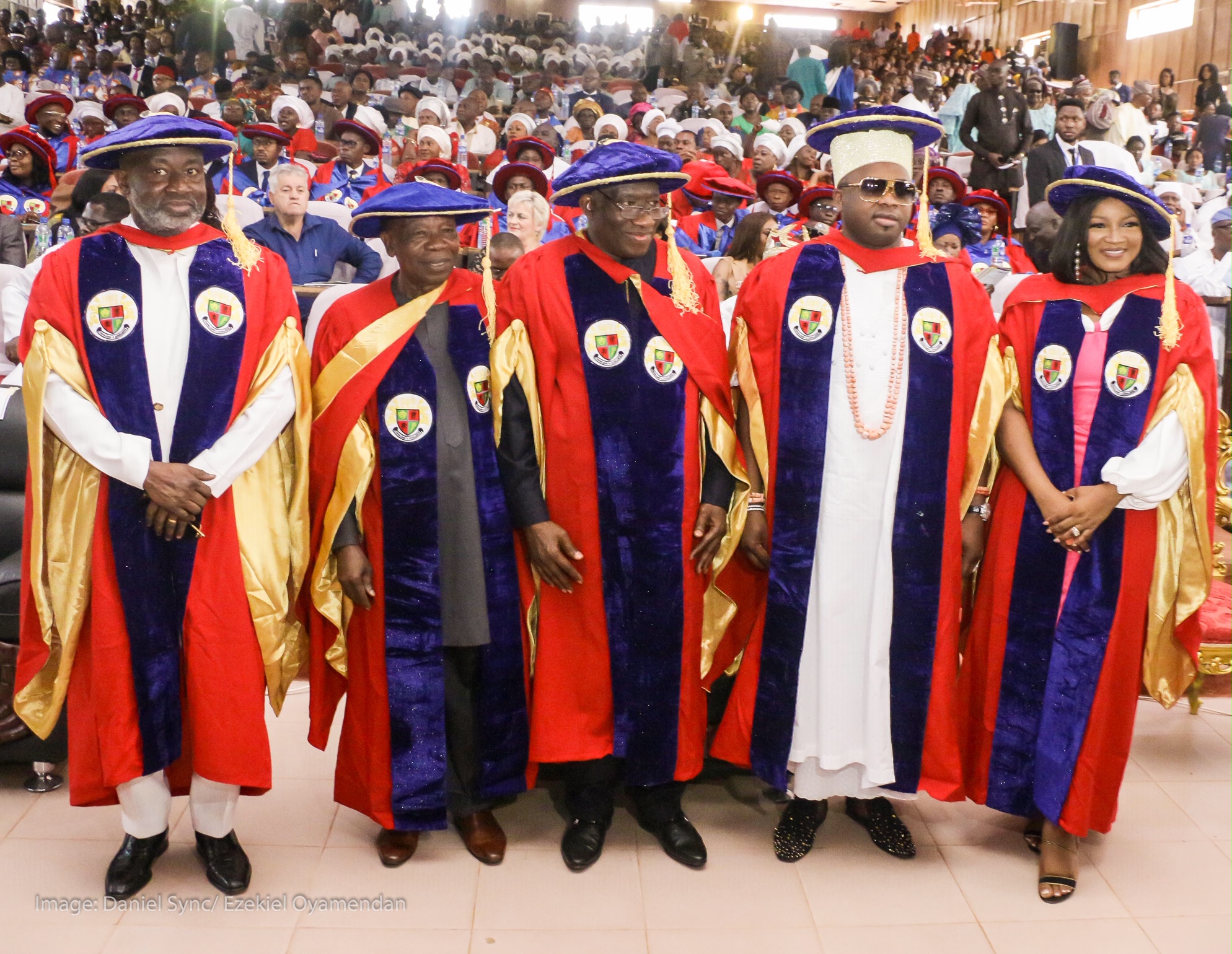