Boxing Day is about to be ‘lit’ as Tiwa Savage, Davido, Falz prepare to join Kizz Daniel at his ‘No Bad Songz’ Concert 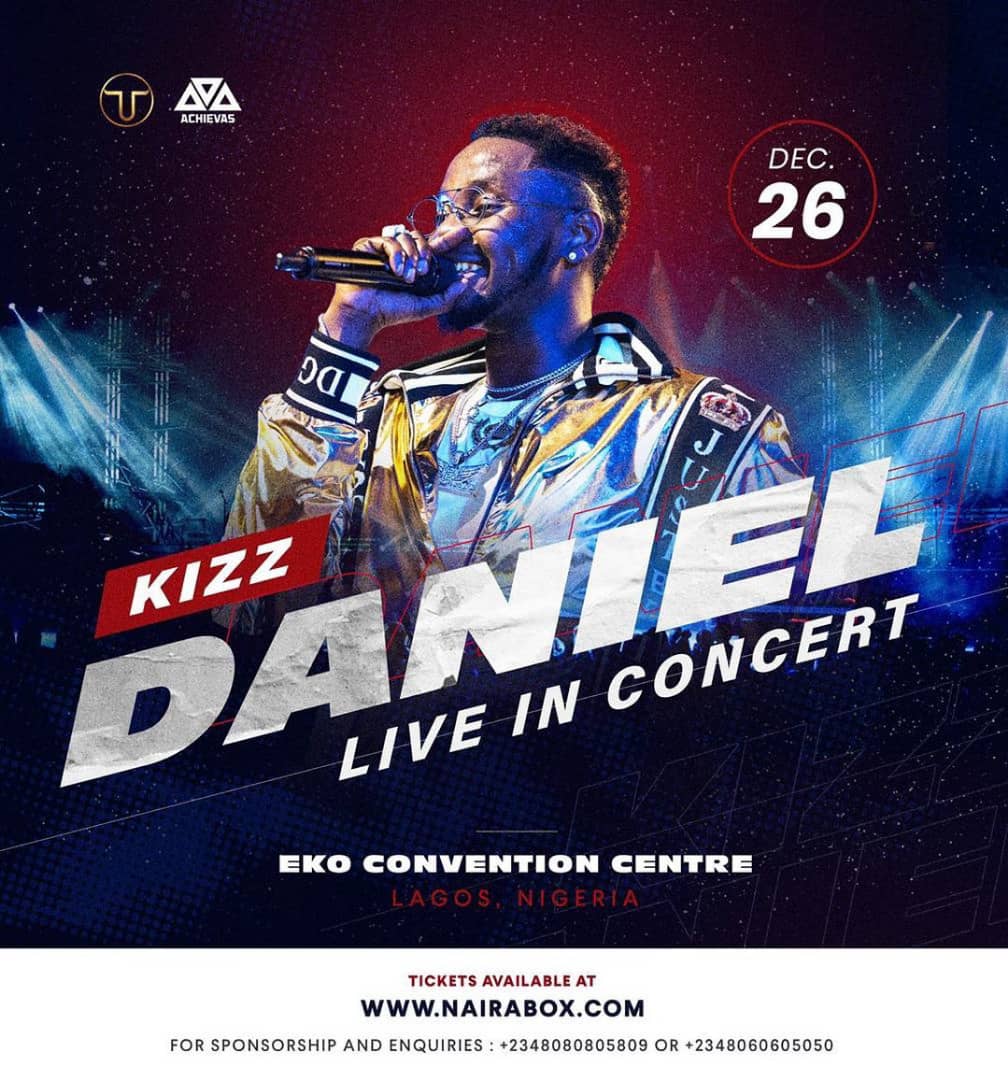 The city of Lagos is set to witness what will likely be the biggest event in 2019; Kizz Daniel’s ‘No Bad Songz’ Concert, seeing the line up of artistes billed to perform.

The list which includes queen of pop, Tiwa Savage, multiple award winning Davido, soulful singer, Adekunle Gold, Reekado Banks, Falz, Mayorkun and Skibi has been described by fans as the most exciting so far.

Speaking on the reason for the choice of acts, the event organizers, Toro Entertainment Company (TEC) and Achievas Entertainment, stated that the acts were selected based on relevance and popularity amongst music lovers,

‘At the core of this concert is our audience. They are the reason we organised it in the first place, as such we had to consider their expectations while choosing the line up. All the acts billed to perform alongside Kizz Daniel are top notch acts and we are certain they will bring mind-blowing energy to the stage come Boxing Day, December 26‘ they said.

The show billed to hold on Boxing Day.

The finale of Kizz Daniels; No Bad Songz tour will have him perform some of his popular tracks along side the many other performing acts.

Prepare for a Fun Lineup This December with the ‘FirstBankIssaVybe’ Initiative