18 Celebrity Weddings of 2019 that Totally Left us Lovestruck

You are My World! Esinam & Wendell's Beautiful Wedding in Ghana

We want to take a moment to relive the joyous wedding moments of various celebrities that tied the knot in the year 2019. It was such an incredible year!

We really had everything this year from destination weddings to outdoor weddings!  A number of actors, football stars, models, music artists and many more said their vows this year and it was beautiful to see.  We certainly can’t forget the no-phone-allowed wedding(pretty sure, you remember this.). Looking back NOW,  all we can say is awww.

Earlier in the year, Adekunle Gold and Simi had an intimate wedding ceremony. It was one of those weddings, a lot of their fans had been waiting for. What made this day so special was that it was a no-phone allowed ceremony! Yeah, we have only seen a picture from their wedding and then they blessed us with some clips of their beach wedding in the music video of “Promise”. 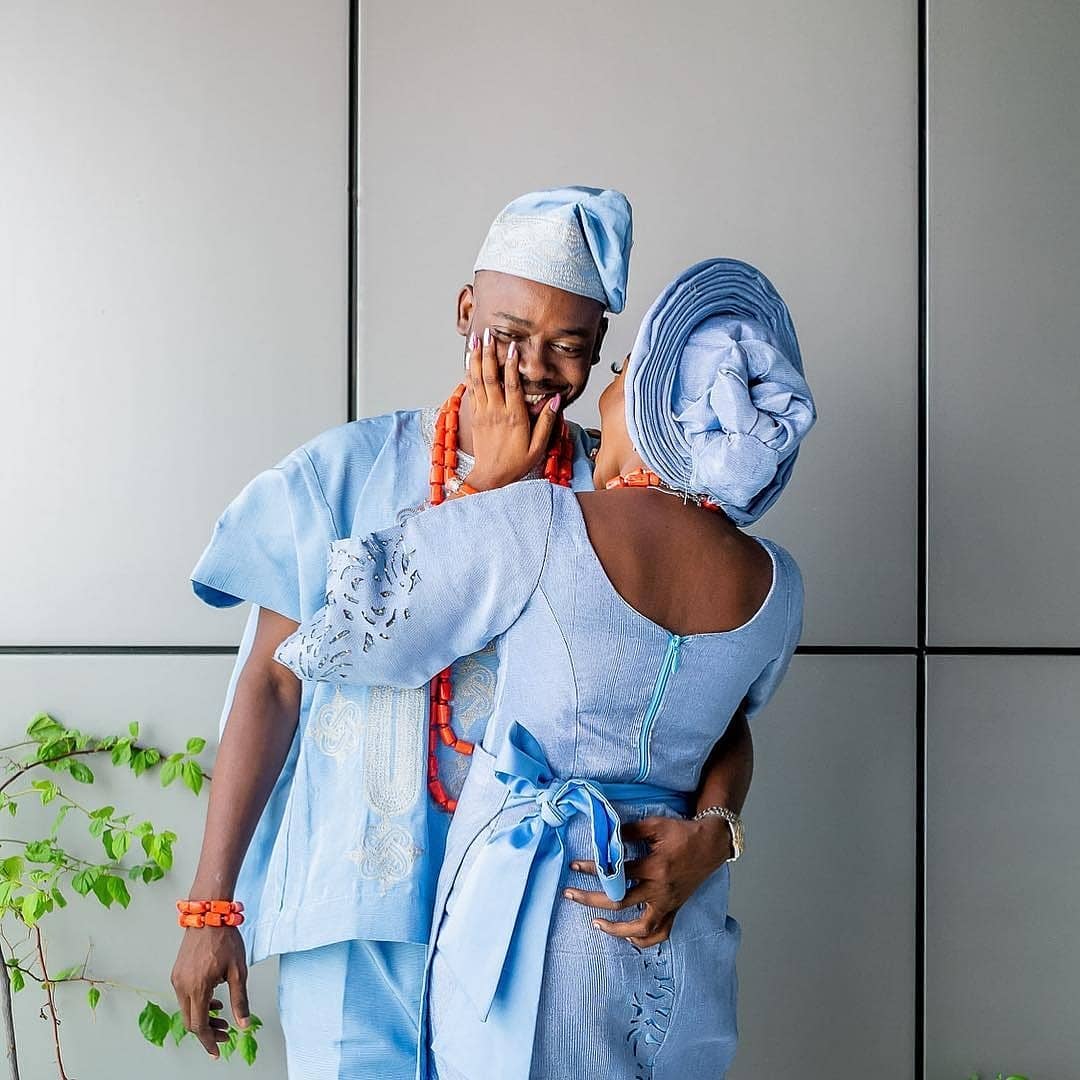 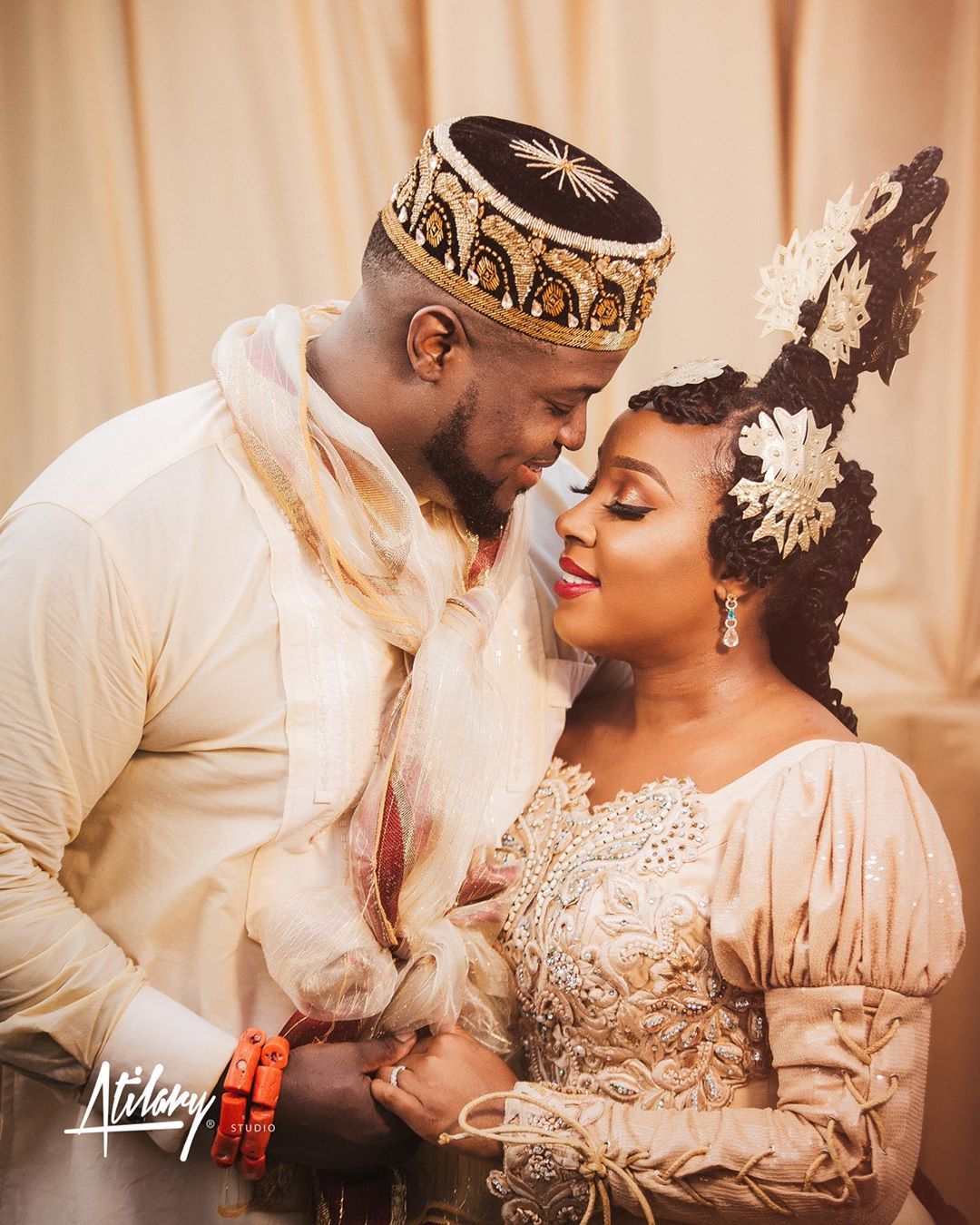 In January, Vlogger and Nollywood actor, Akah Nnani announced his engagement to Claire Idera. A few months after, the couple had their wedding ceremony. Talk about enough sweet wedding moments from the traditional engagement to the white wedding. They certainly left us, love-struck, we won’t be forgetting the #AkahandClaire wedding in a long time. 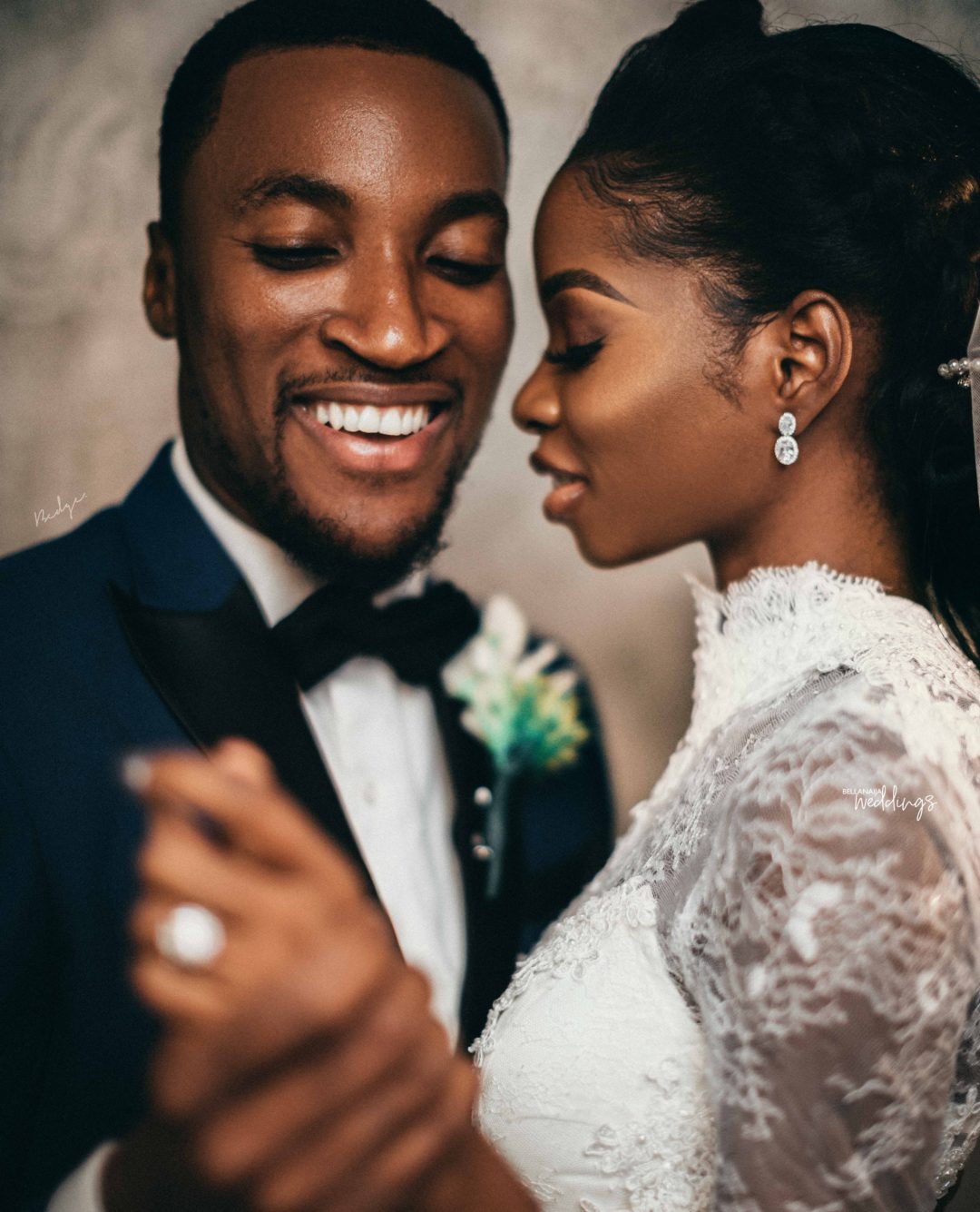 On a beautiful Saturday evening in September, one of our favourite BBNaija Double Wahala couple, Bam Bam and Teddy A traditionally tie the knot. Months later, the couple took the white wedding down to Dubai. From the bride rocking two princess dresses to an all-white party, #BamTeddy2019 is one we won’t forget in a  hurry. Plus, having their wedding planned by another housemate, Anto Lecky, it was indeed a special one. 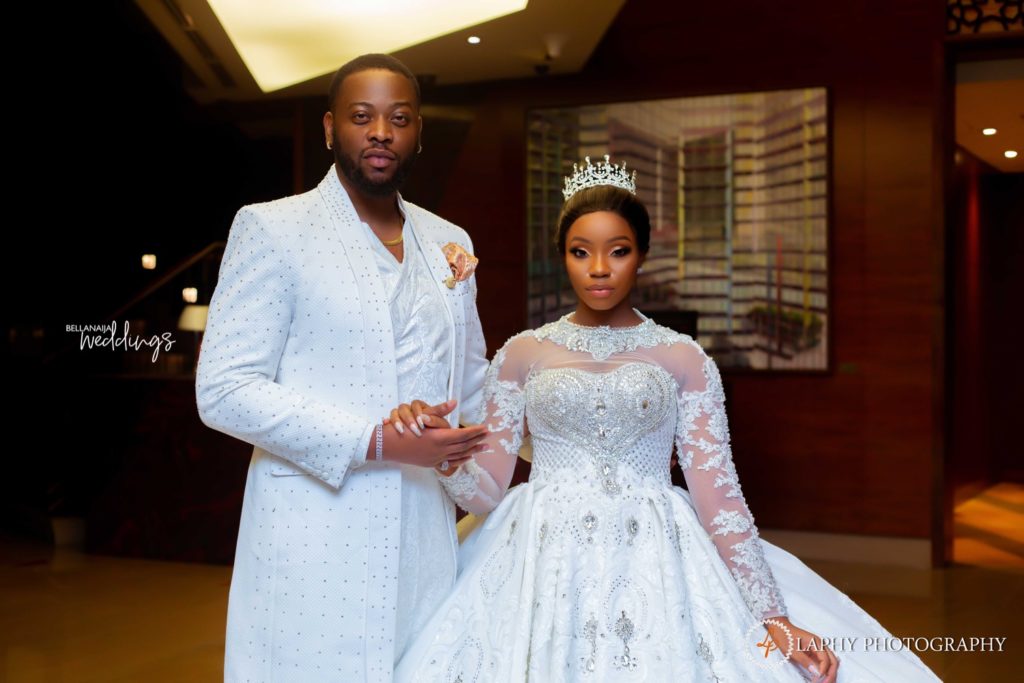 Nollywood actress Chizzy Alichi has tied the knot traditionally with her fiance, Chike. Chizzy got engaged to her boyfriend back in September 2019, and their traditional marriage took place in her hometown, Enugu State. Of course, Nollywood showed up to support their very own. 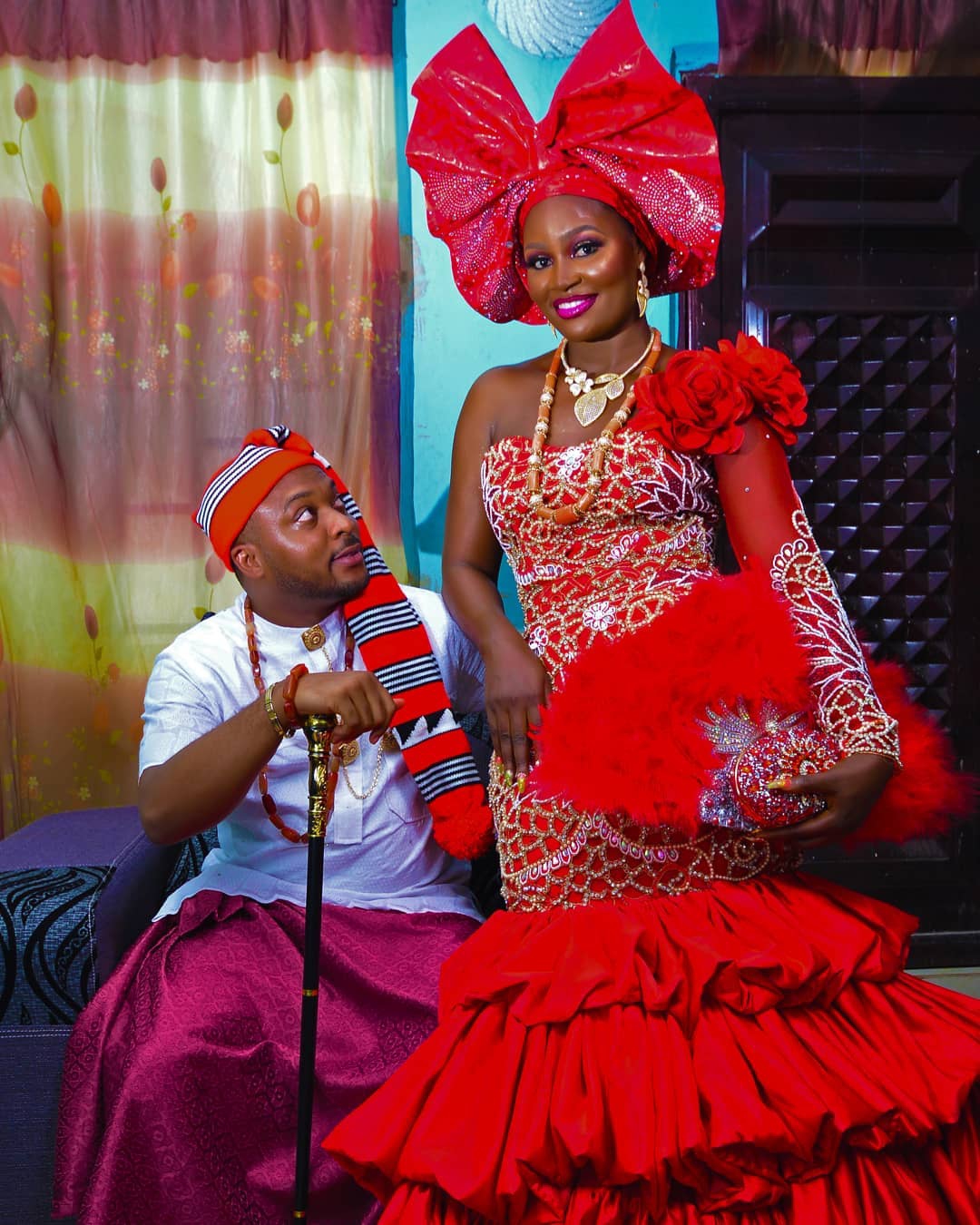 Award-winning make-up artist and lifestyle blogger Dodos tied the knot to her beau, Tolu this year and it was so beautiful. Their traditional wedding held in Lagos and then they took the white wedding to Marrakech.  It was an intimate outdoor wedding, with so much elegance. Remember, the short hair bride and her bridesmaids that broke the internet with their beautiful picture, yup, that’s the #Todo19 wedding. In April, Kraks Media Founder and CEO Femi Bakre and his heartthrob Mariam Okunola, a comic content creator had their traditional engagement. 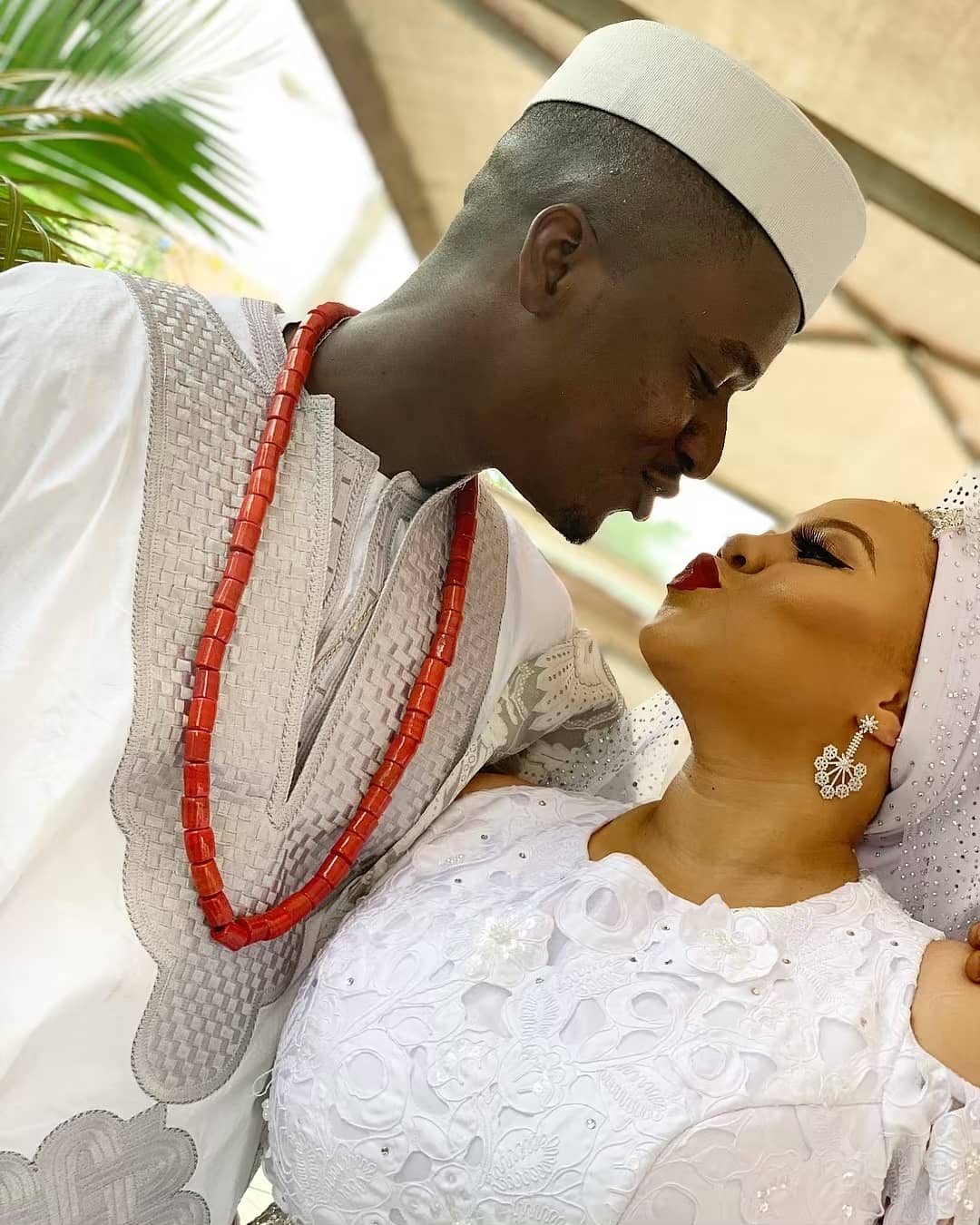 Though the first phase of this union started in 2018 with the traditional wedding.  Gideon Okeke and his beautiful wife, Chidera Uduezue went on to give us a totally amazing poolside white wedding. The wedding happened in April and it was beautiful. From Chidera’s looks to the special moment where they had their first dance in the middle of the pool, it was super cute. This memory will be with us for a while. 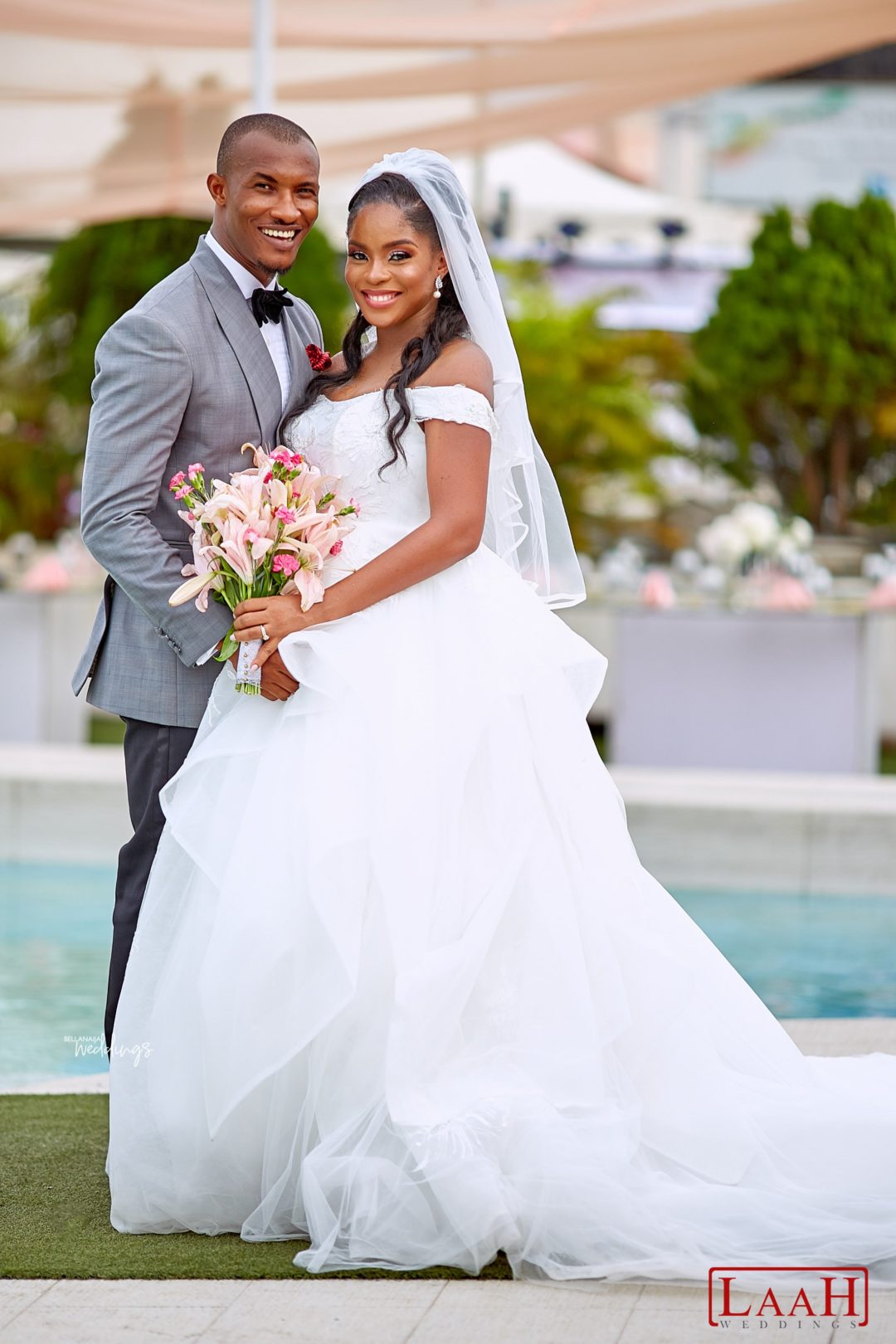 In March, radio host Bardia Adebola, popularly known as Illrymz traditionally tied the knot to his beautiful wife, Omotara. The couple had so much fun celebrating their special day with those dear to their hearts. Their white wedding later happened in December and from what we know it was an intimate but beautiful ceremony. 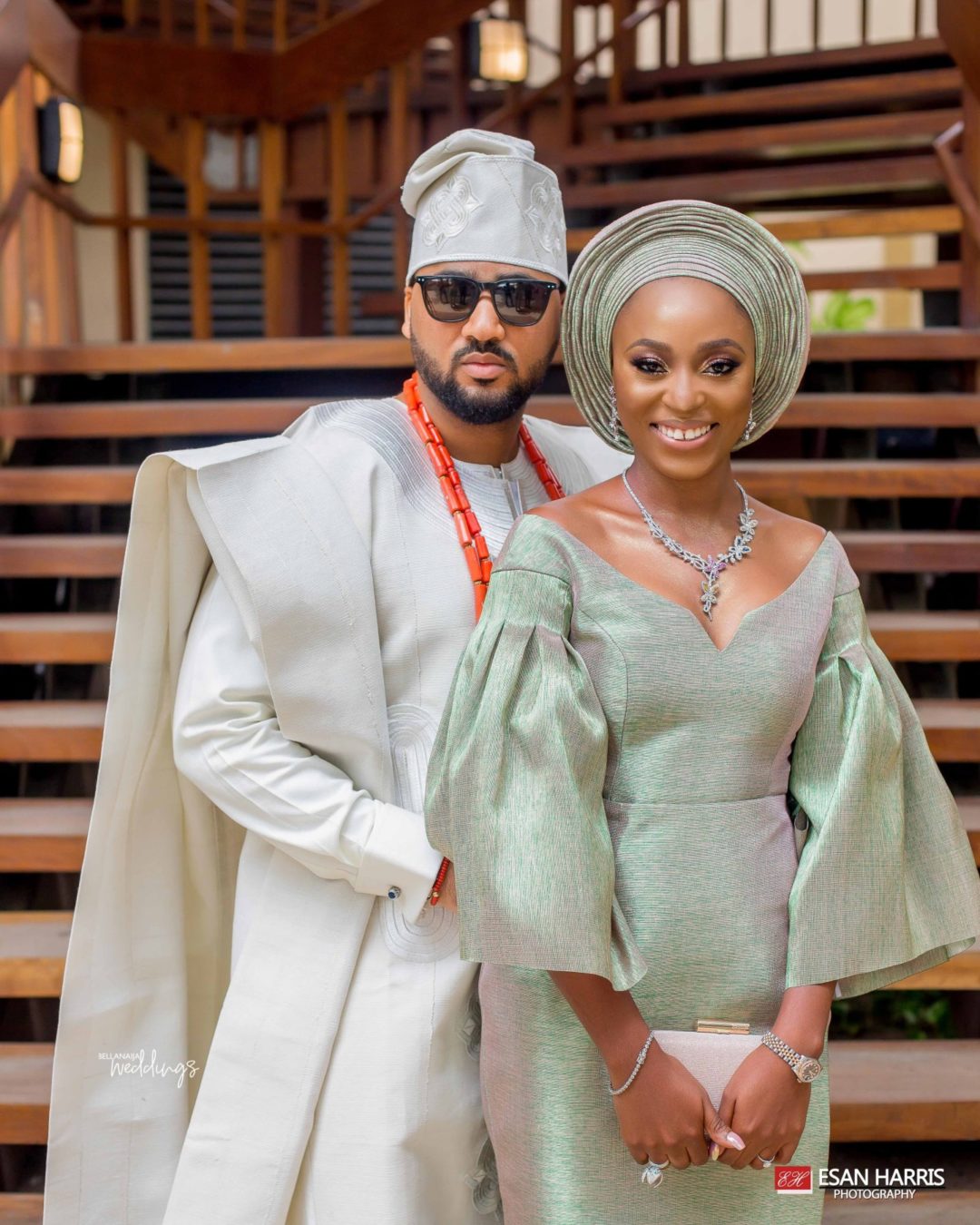 Though Ghanian actor, John Dumelo and his wife, Gift Mawuenya had their traditional wedding in 2018. In 2019, the couple had their beautiful white wedding. They blessed our screens with lovely photos of their outdoor wedding and lots of lit reception videos. We were on this for a while as we couldn’t get over the beauty of their day. 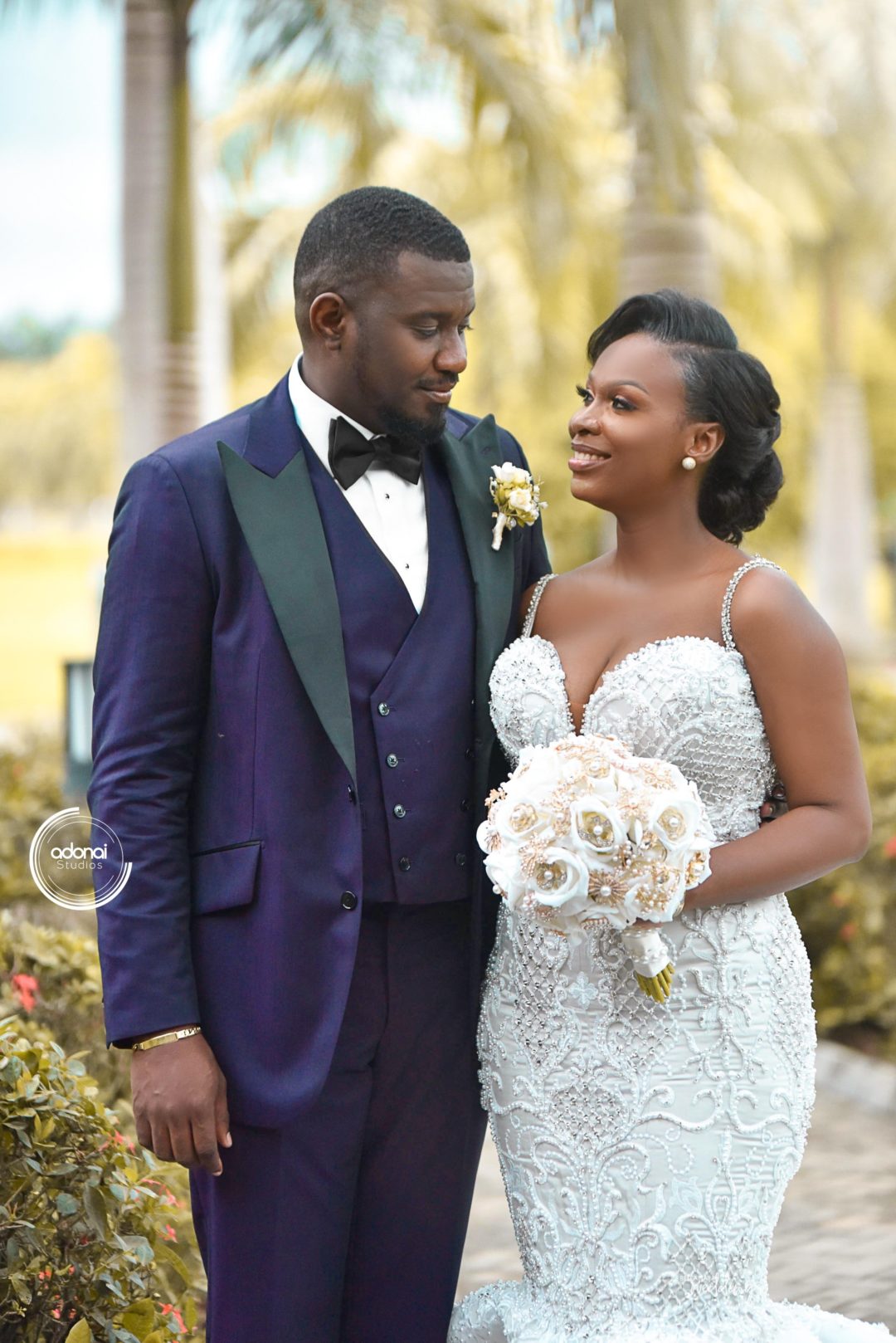 On Saturday, November 2, Afro-soul singer, Kaliné Akinkugbe said her “I do” at her intimate white wedding ceremony with her husband Michael Njoku. They gave us a feel of what love looks, feels and sounds like. From their traditional wedding to the intimate white wedding, it was love all around. 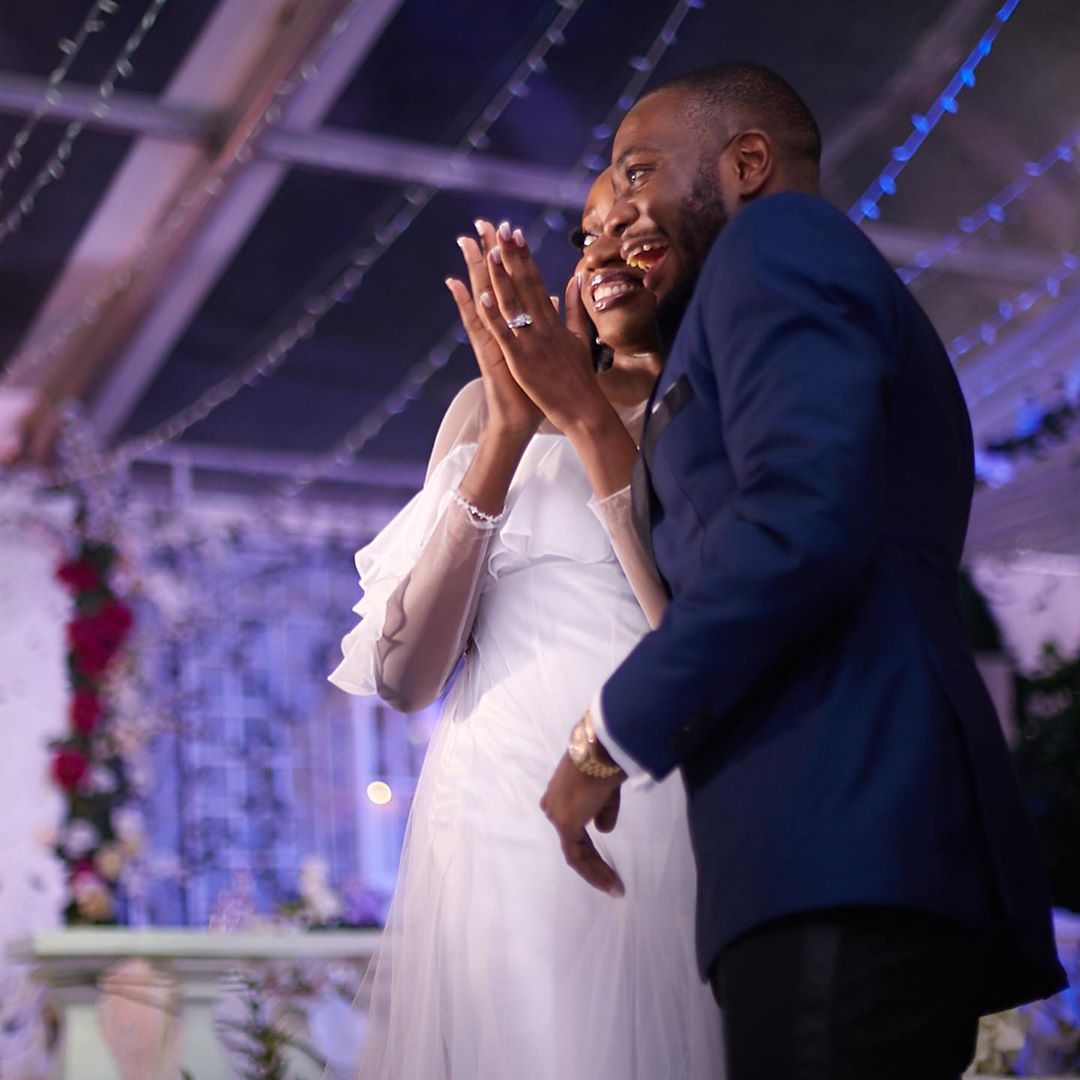 In May, football player, Ndidi said I do to his gorgeous bride, Chidinma. We certainly were in aww-mood all through! From their beautiful pre-wedding shoot, traditional wedding and then the white wedding. It was a lit affair. They brought the beauty, fun, and all the sauce in full force. We certainly won’t be forgetting them for a long time. 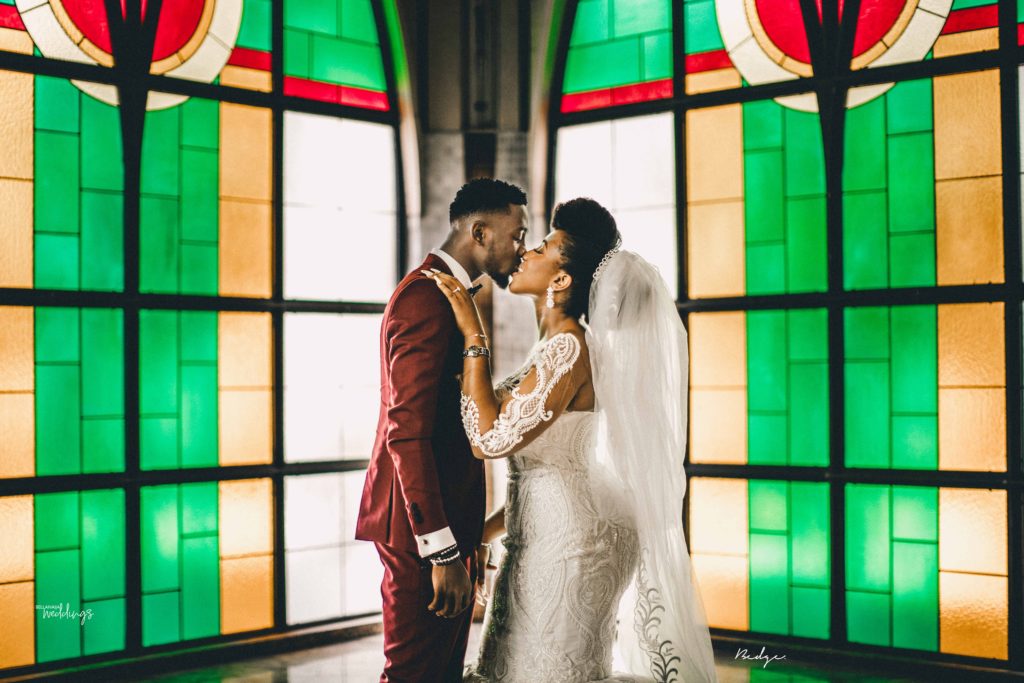 This year, the sexiest man in the world tied the knot to his beautiful Somalian bride.  Sabrina Dhowre and Idris Elba had a fairytale destination wedding at the Ksar Char-Bagh hotel in Marrakech. Let’s just say it was lit and certainly one that made many 2019 a memorable year for weddings. The traditional engagement and white wedding of music producer and entertainment entrepreneur, Temitayo Ibitoye a.k.a Tee-Y Mix and his wife, Ivie Ogbonmwan, took place on the 30th and 31st of August, 2019. The couple had an intimate ceremony to celebrate their union. 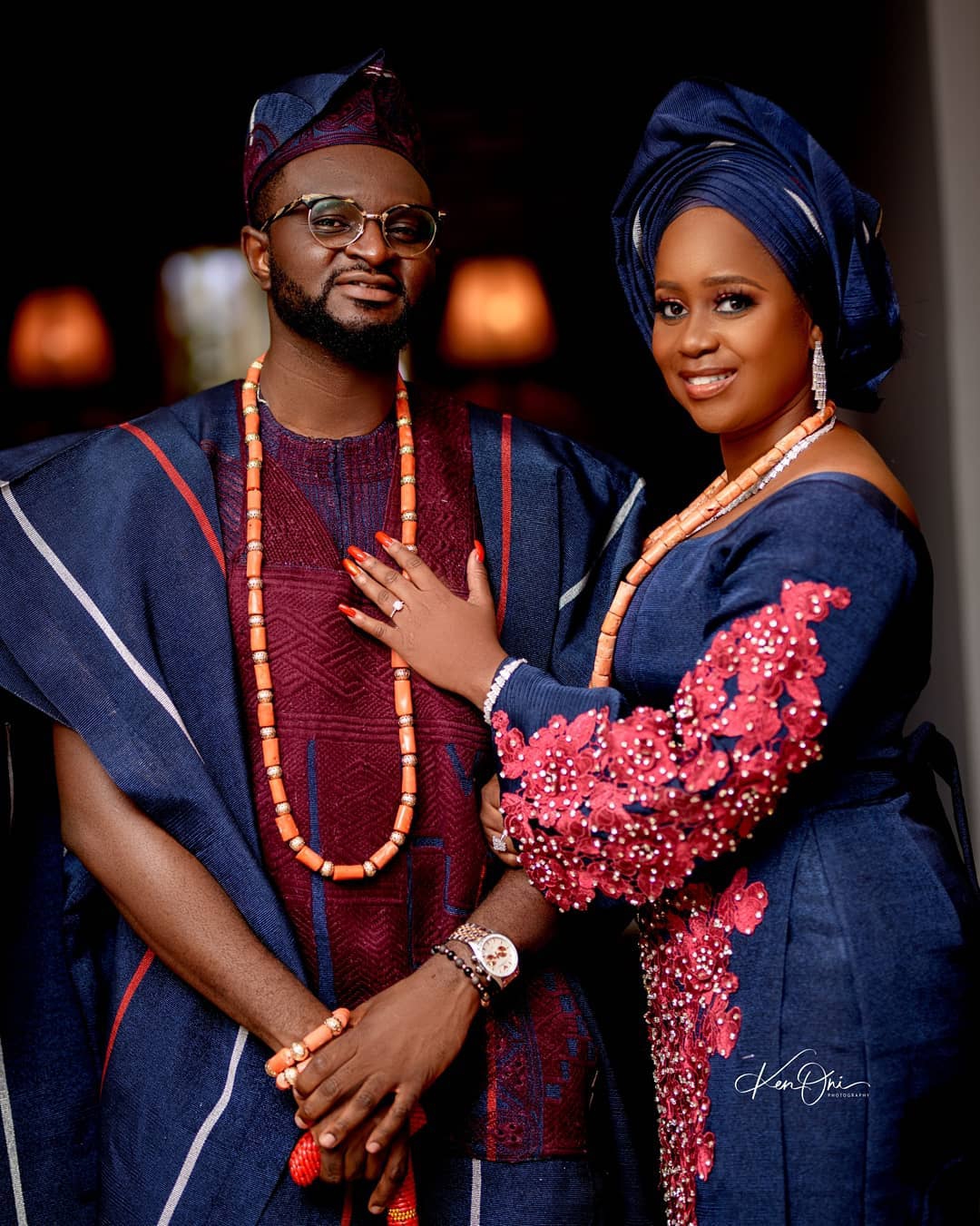 Earlier in March, The Ebony Life TV producer, popularly known as Ted Abudu and also the daughter to Mo Abudu kicked off her forever journey with her beau, Adebola Makanjuola. A couple of months ago with an introduction, then went on to have a lit traditional engagement in Lagos. Months after, the couple proceeded to Beverly Hills to celebrate the white wedding. Honestly, we won’t be forgetting the #TeddieMak wedding for a while. 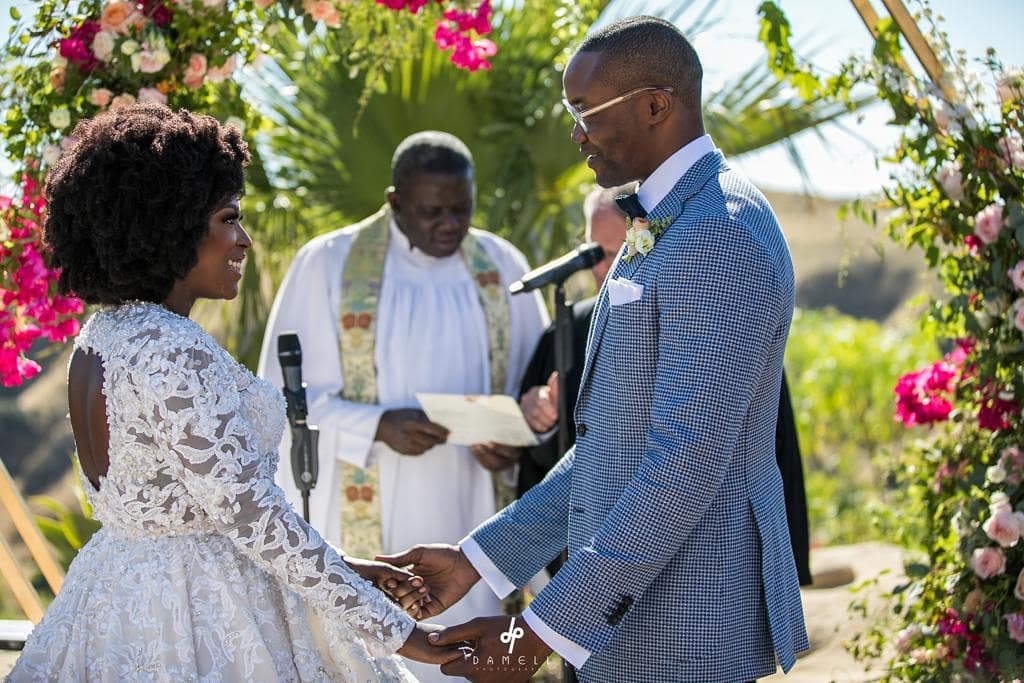 In April, one of our favourite faces on TV got married to the absolute love of her life.  Tomike and her prince charming, Tosin. It was one of those moments that were filled with so much laughter, joy and fun. Remember, the mother-daughter dance at the white wedding and of course, her hype squad coming through with all the energy. The #theTTAffair is one to remember. Their pre-wedding shoot, love story, traditional engagement and white wedding can’t be resisted. Nollywood actors, Toyin Abraham and her forever love, Kolawole Ajeyemi also tied the knot. Since then, we have blessed with several sweet moments from the beautiful couple. Just in case, you are trying to recall their popular name, it is Mummy and Daddy Ire. 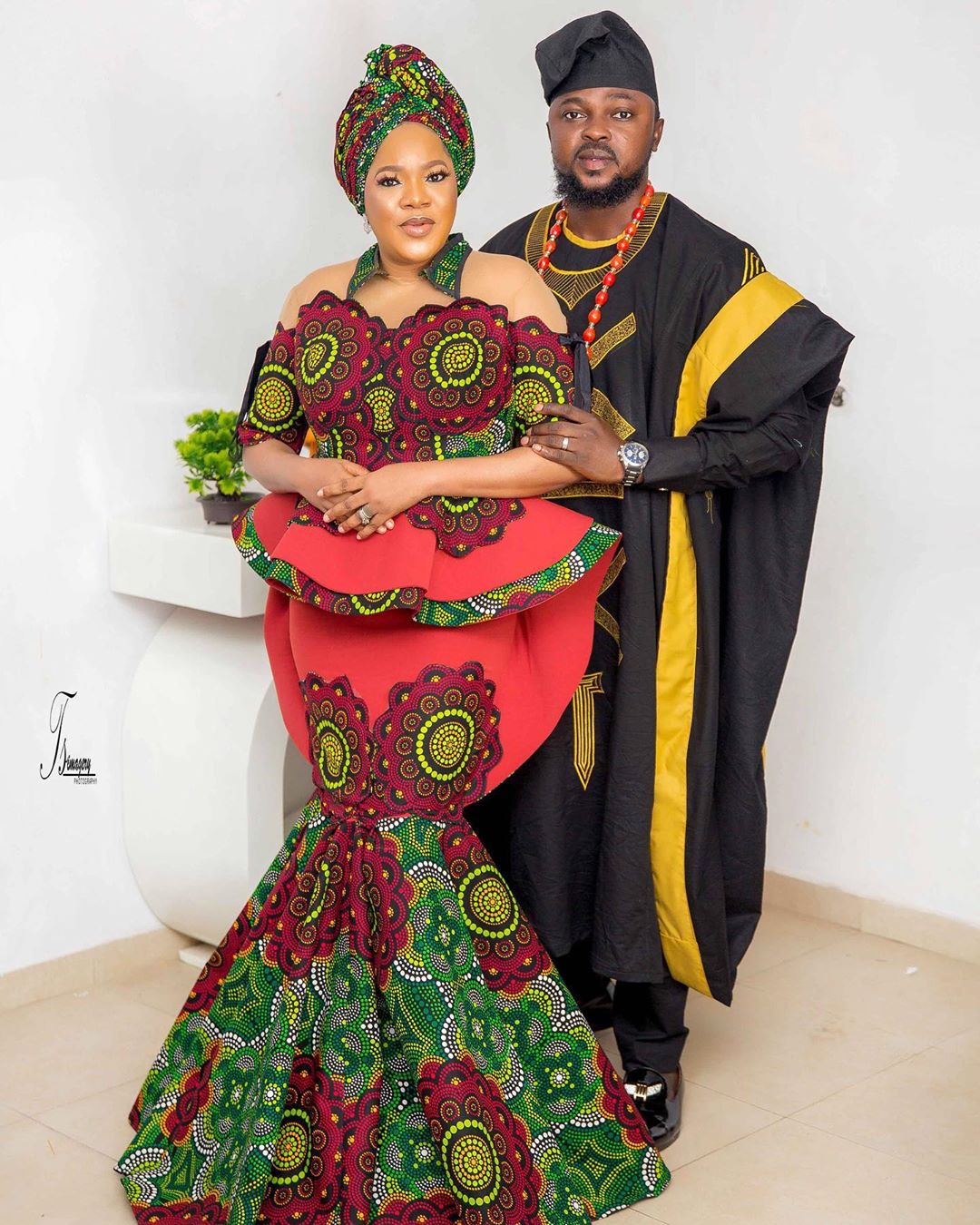 Just as the year was about to round up, award-winning indigenous singer, 9ice and his lover, Olasunkanmi Ajala blessed our Instagram feed with their pre-wedding photos. While we celebrated boxing day, the #Beautyand9ice couple legally and traditionally tied the knot. Just like their hashtag, it was indeed #Beautyand9ice all around. 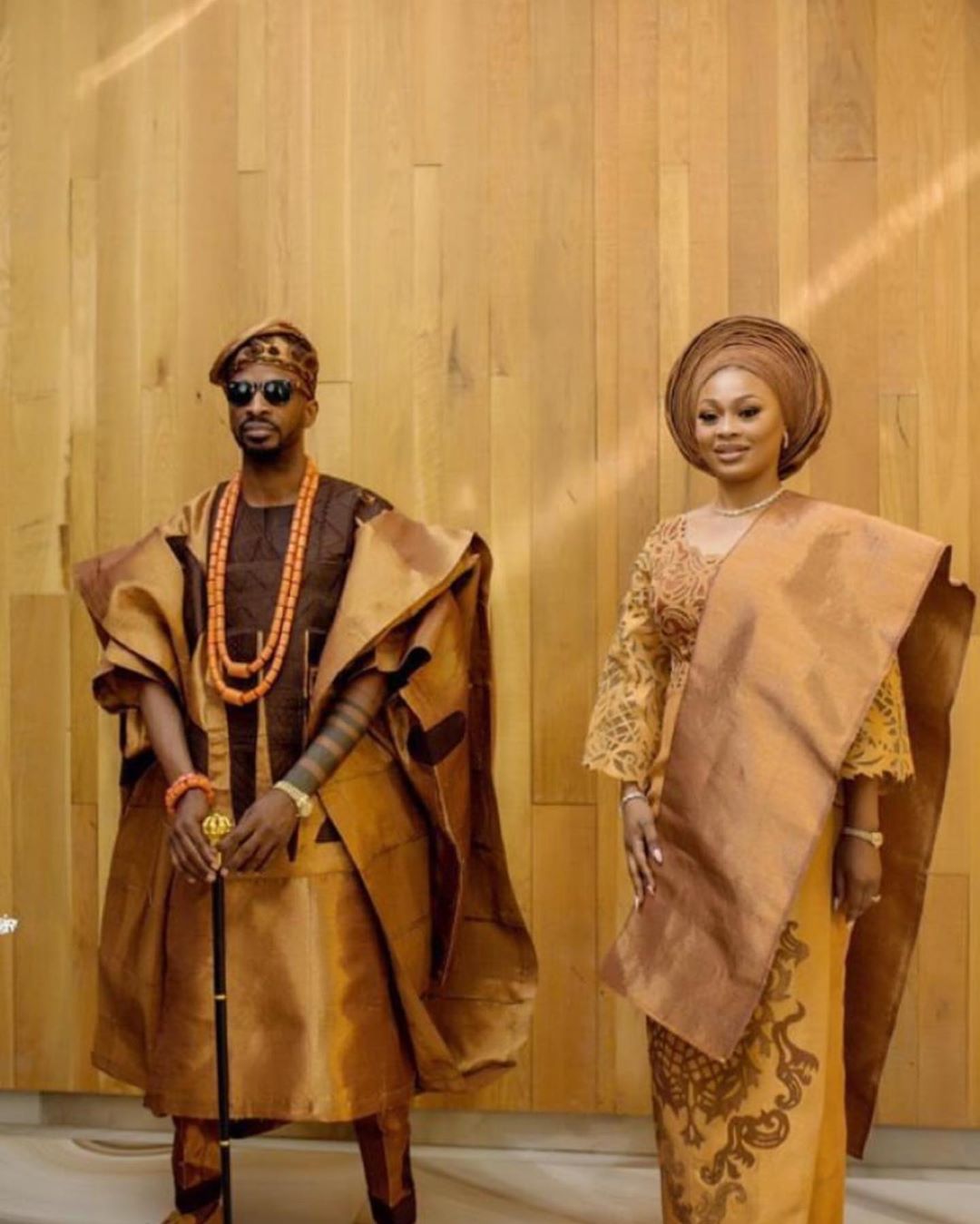 19 Beauty Looks of 2019 that Gave us Major Bridal Inspiration