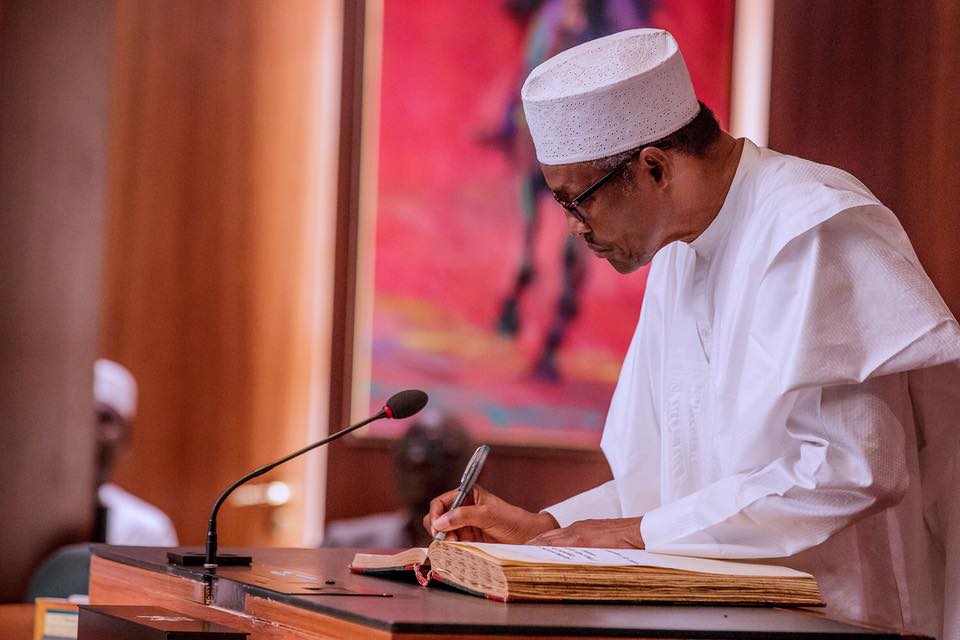 Very soon, Nigerians will start paying 7.5 per cent as Value Added Tax (VAT), and this is because President Muhammadu Buhari has signed the Finance Bill, 2020, into law.

President Buhari assented to the bill two months after its passage by the National Assembly and subsequent forwarding by the legislature.

An official press statement was also released by Buhari’s spokesperson, Femi Adesina, confirming the signing of the bill. The statement reads:

This Finance Bill has five strategic objectives, in terms of achieving incremental, but necessary, changes to our fiscal laws.

These objectives are; Promoting fiscal equity by mitigating instances of regressive taxation; Reforming domestic tax laws to align with global best practices; Introducing tax incentives for investments in infrastructure and capital markets; Supporting Micro, Small and Medium-sized businesses in line with our Ease of Doing Business Reforms; and Raising Revenues for Government.

The draft Finance Bill proposes an increase of the VAT rate from five per cent to 7.5 per cent, as such, the 2020 Appropriation Bill is based on this new VAT rate.

With the assent, there will be more revenue to finance key government projects especially in the areas of health, education and critical infrastructure.

Special Adviser to the President

According to the Minister of Finance, Zainab Ahmed, the new VAT rate is expected to shore up Federal Government revenue and it is expected to be deployed to fund health and education sectors as well as infrastructure projects, Channels TV reports.

Some food items were exempted from the new VAT and they include: brown and white bread; cereals including maize, rice, wheat, millet, barley, and sorghum; fish of all kinds; flour and starch meals; fruits, nuts, pulses and vegetables of various kinds. Others are: roots such as yam, cocoyam, sweet and Irish potatoes; meat and poultry products including eggs; milk; salt, herbs of all kinds, natural water and table water.