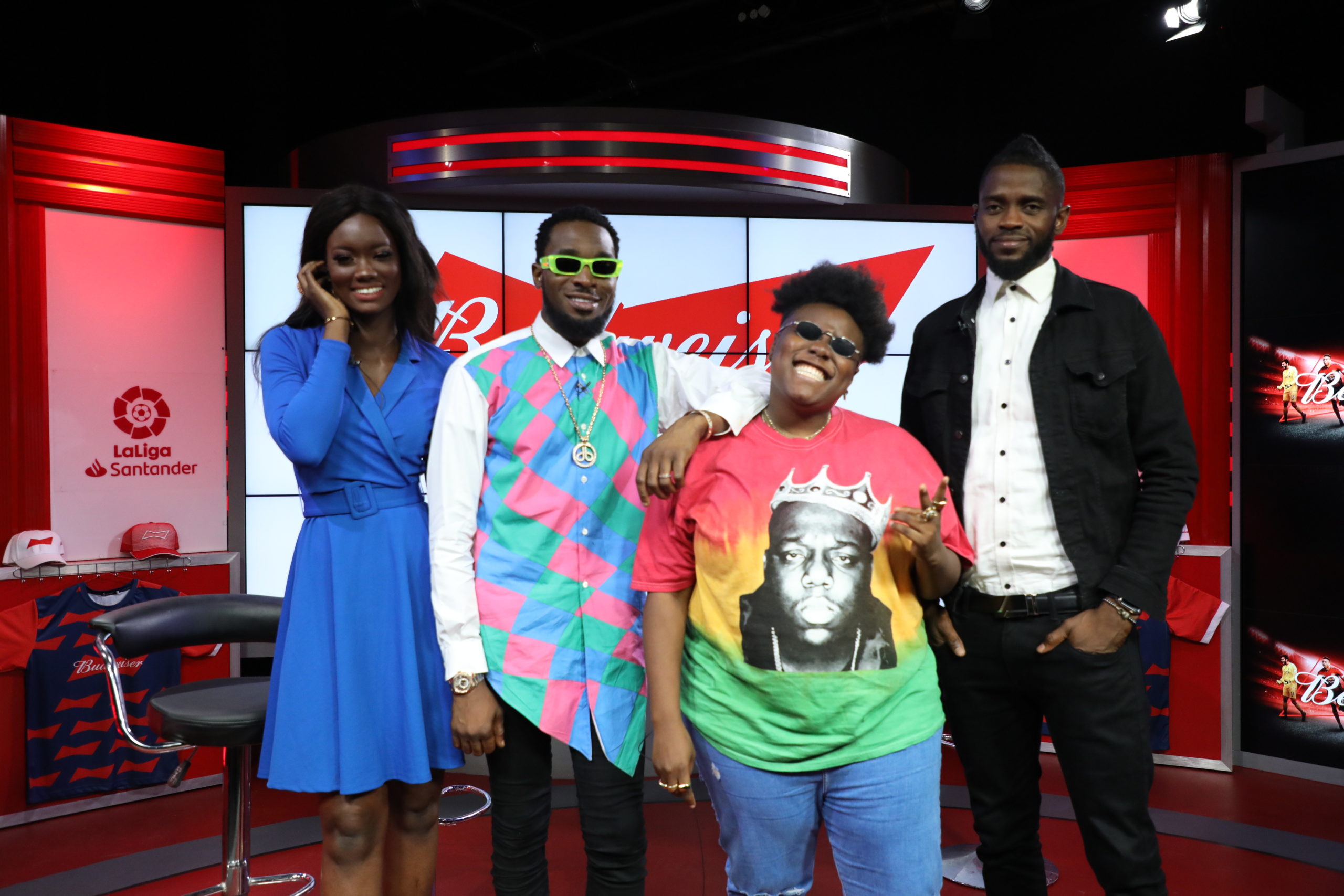 Budweiser’s Kings of Football lifestyle show on SuperSport recently hit the 20 episodes milestone. The magazine-styled football show on TV has improved pop culture with its interconnection of football, music, fashion, and lifestyle. Here we take a look at some of the top celebrity guests to have been on the show rated the coolest show on TV by adoring fans.

Olubankole Wellington or Banky W is a staunch Arsenal fan. He was introduced to football by his father who also supported Arsenal. He says Ian Wright, a legend of the English Premier League, has been an inspiration for him throughout his personal career. He learned through football how to manage successes and how to get back up after a failure as epitomized by Wright. Banky W was a guest on the show and fans fell in love with his knowledge of the game and many were surprised to know as well that he is a fan of Arsenal. Banky W played FIFA 4 football game with Jimmie one of the hosts of the Kings of Football show and defeated him!

Popularly referred to as Oga Boss, Illbliss, is a rapper, stage performer, businessman, and owner of the talent management outfit known as ‘The Goretti Company’ responsible for launching the career of Chidinma and a host of others. The Arsenal fan was a guest on the show and gave an honest view of his favourite team just the way he addresses issues with his music. The straight talker gave a dispassionate assessment of his beloved Arsenal club and their chances in the league. He entertained his fans with a freestyle song which left them purring for more. 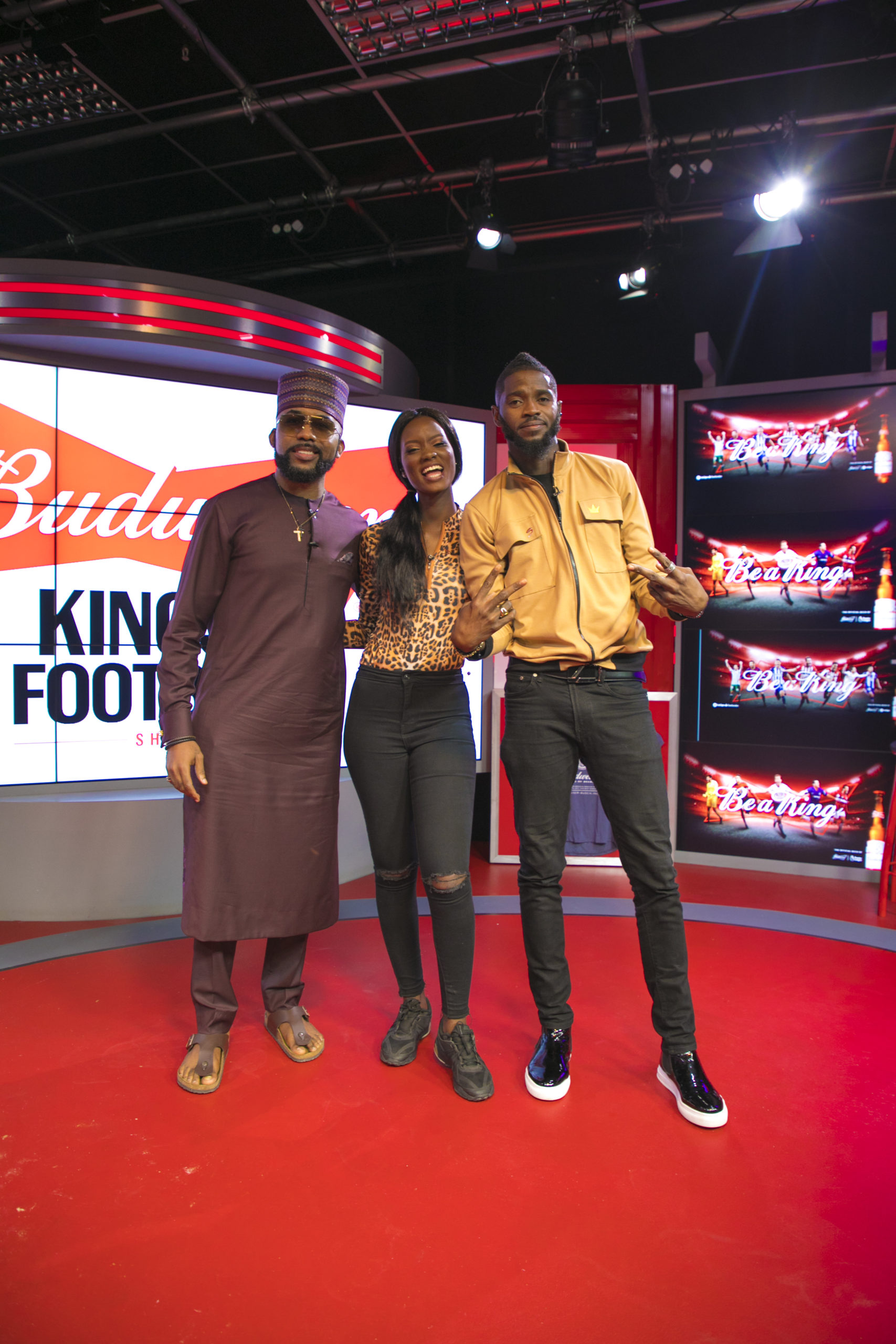 Teni the Entertainer is arguably the best young female musician in Nigeria currently. She won the prestigious Headies award for Rookie of the Year in 2018 as well as Best New Artist at the 2018 Soundcity MVP Awards Festival. She is a Liverpool fan whose team is currently enjoying the best-ever start to a football season in Europe’s top 5 leagues. She made a guest appearance with D’banj on the show. 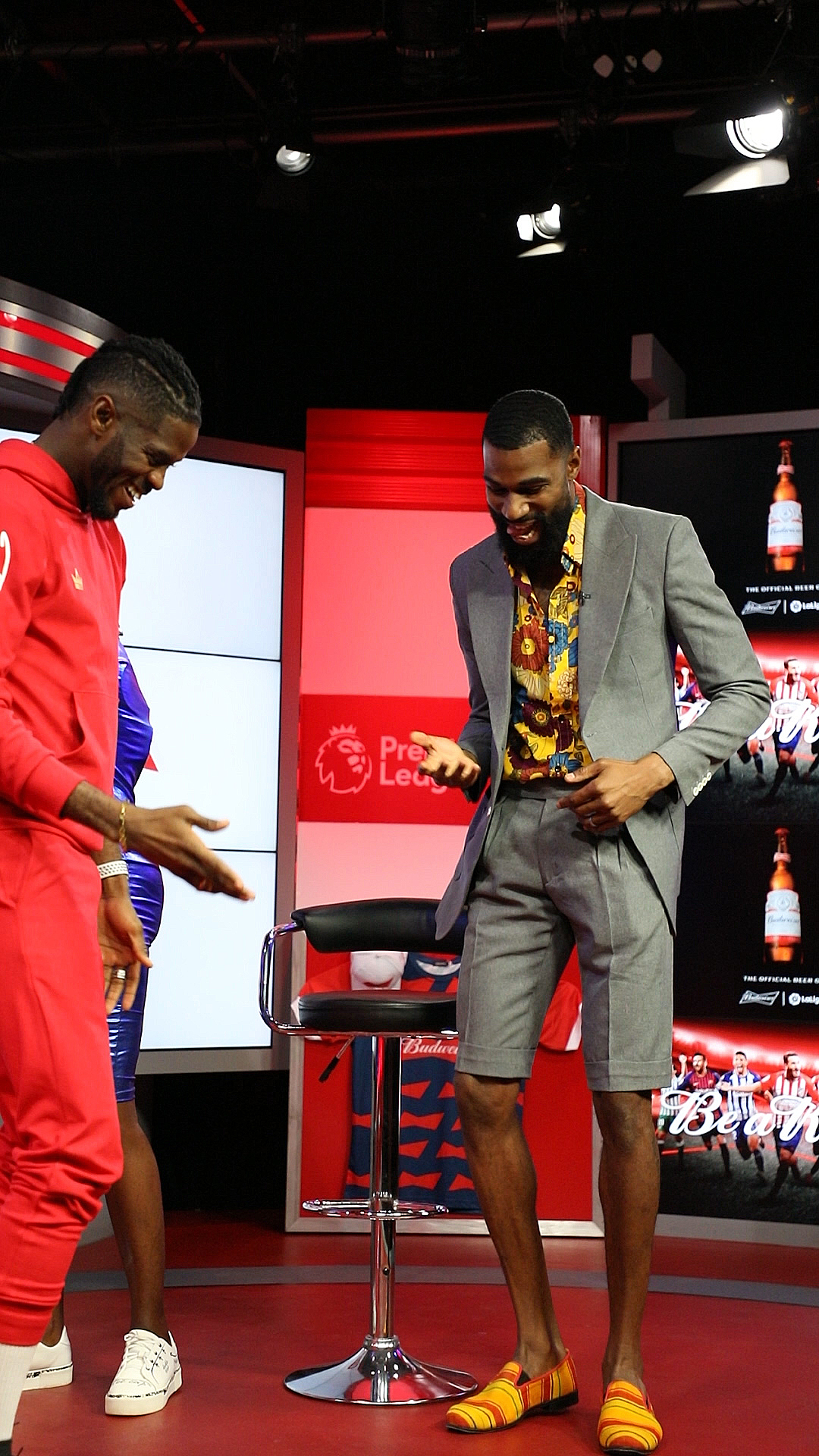 Vector is a rapper, songwriter, actor, and philosopher. He has three studio albums to his credit. He has recorded tracks with a number of foreign artistes, notably the American rapper Movada. The rapper sees himself as an industry watchdog that wastes no time to address any form of injustice through lyrical ‘Diss’ tracks synonymous with American hip-hop rappers. He is a vocal Arsenal fan on social media and on the Kings of Football show he did a phenomenal rap piece on football and why he is a king.

Mike was a housemate and first runner up in the 2019 Big Brother Naija Reality TV show tagged Pepper Dem. He is a professional athlete who is married to an Olympian. He was the third most popular and searched housemate during his stint in the Big Brother House. Mike is also a trendy fashionista and he rocked a suit on shorts when he appeared as a guest on the Kings of Football show. His appearance was an entertaining one as he discussed various issues from football and his beloved Manchester United, his time in the Big Brother House and his plans for the future. 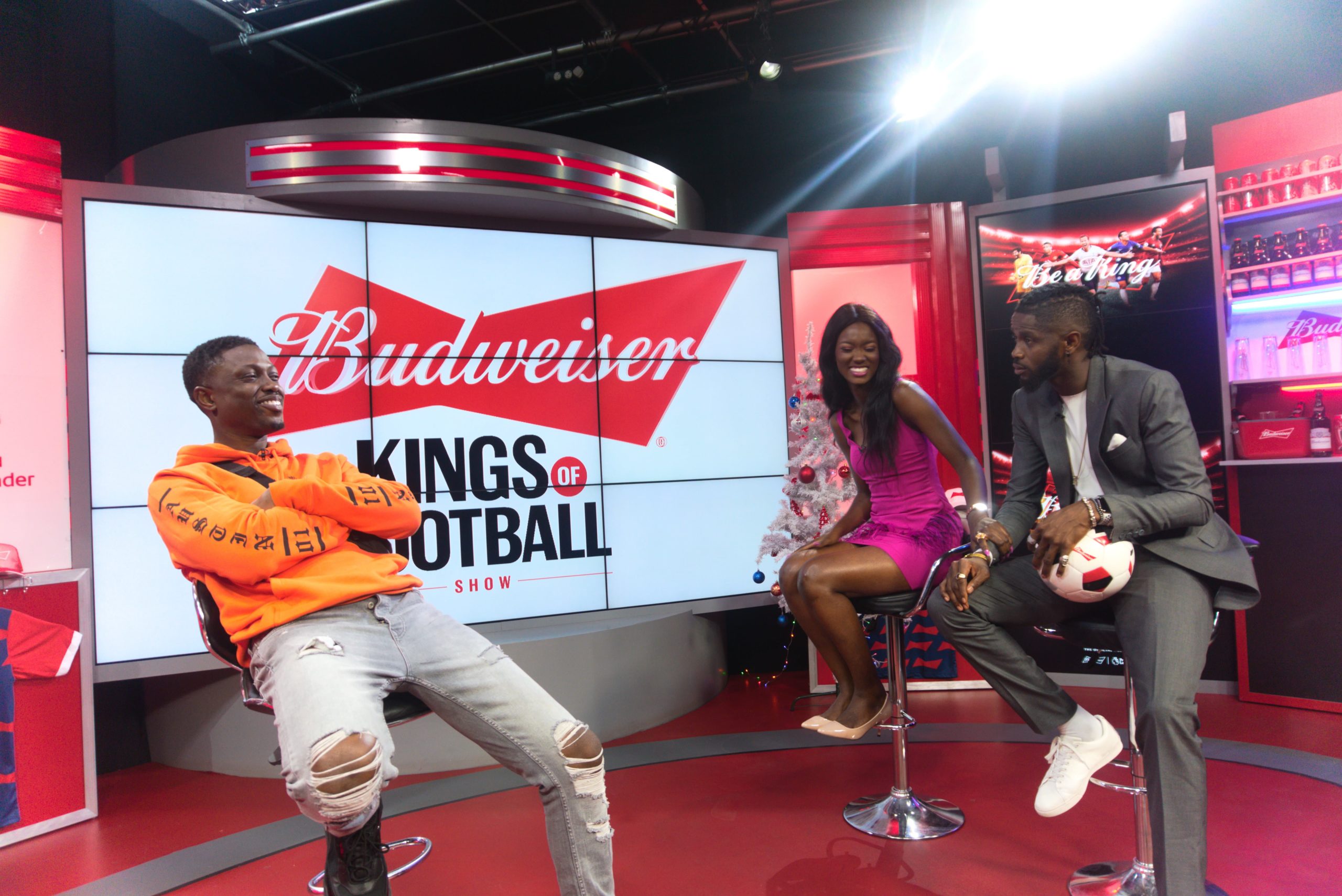 Budweiser has continuously used celebrity guest appearances as a niche that sets the show apart from the often dull and uptight sports shows we often see on TV. While the typical sports shows are not bad, as they provide useful football knowledge that engages football enthusiasts, the Kings of Football show, is, however, a breath of fresh air because it goes beyond football –It’s football, music, fashion, and lifestyle. It’s everything; it’s pop culture!

More exciting times await viewers and fans as more celebrity guests have been lined up for the show this year. 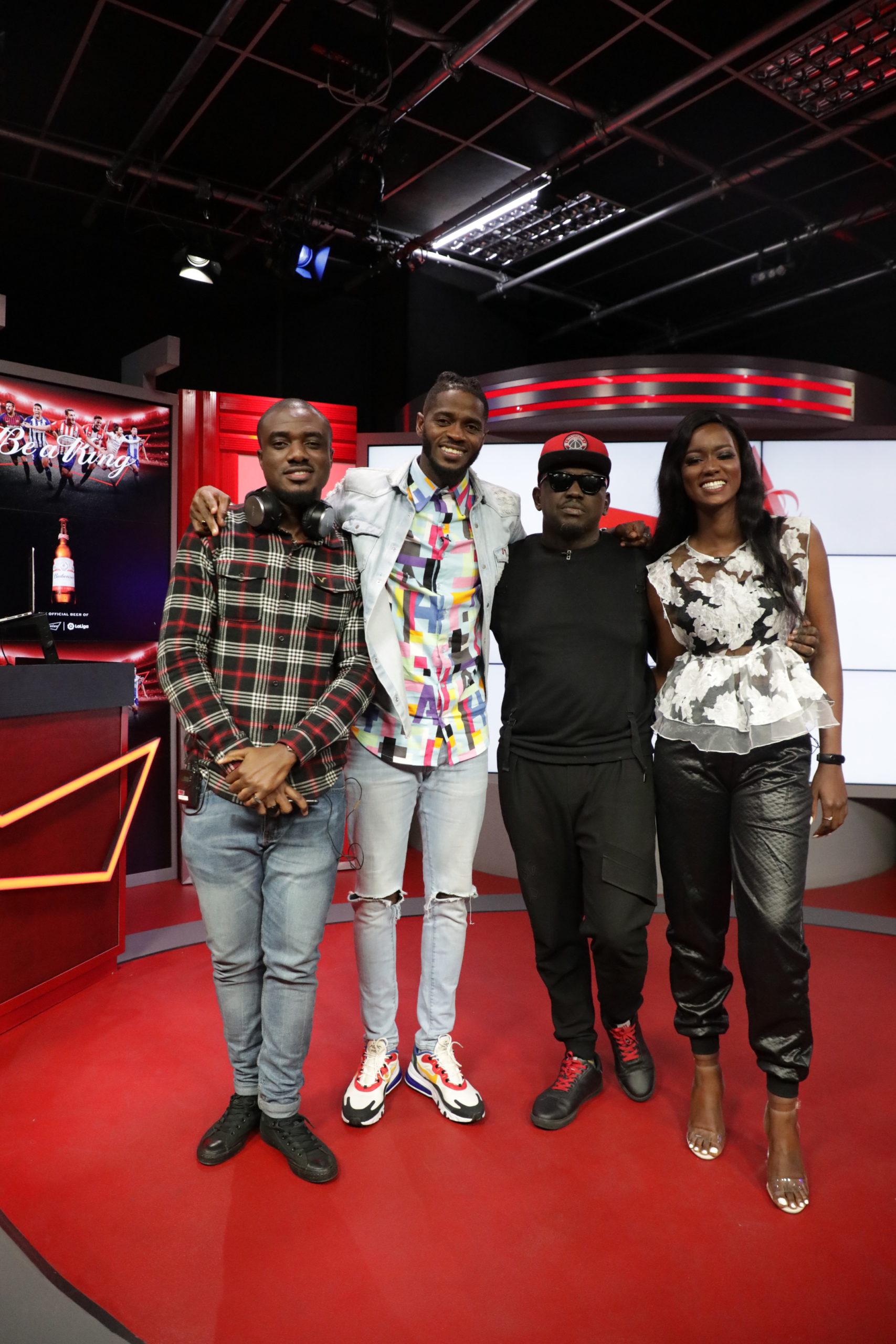