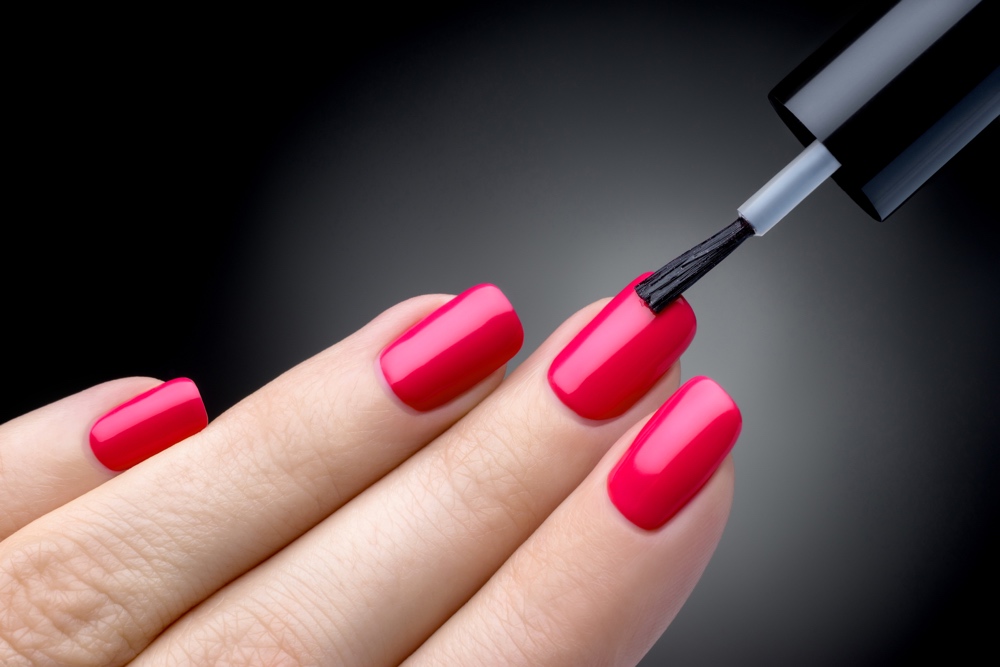 Few things convey the message of ‘put-togetherness’, poise and self-care as effortlessly as neatly painted fingernails.

My hands are dipped in soapy water many times a day; from giving underwear the dignity of a fresh wash to freeing dishes of deteriorating food crumbs, to wiping wooden surfaces so they can be free of the wanted embrace of dirt (I had the not-so-bright-but-still-bright-nonetheless idea to insist on mostly-white furniture in dusty Lagos. Mind you, the effect is rather dazzling interior-design-wise).

Did I mention that I wash my hands near-obsessively? Yes! I am the one who sees germs and microbes crawling on doorknobs with her ordinary human eyes. Haha

Well, I never quite saw the need for coating my fingernails with coloured gloss religiously. I’d scoff that it would chip in multiple places before the day was over, and concluded that it was an exercise in futility, akin to pouring water into a basket. Painting your fingernails is a habit that could be sustained only if one was blessed with the patience of Job. “I had practical hands,” I’d say.

Anyway, my eyes skimmed over a nail-care article a while ago and the thought of intentionally painting my fingernails as a lifestyle became loosely planted in my head.

On one fine day, I applied the first coat of bold red. Sally Hansen‘s ‘Right Said Red’, is a most vibrant shade that does not try to cower in the shadows. It does not make itself small so that others can be comfortable.

My eyes widened at the transformation – which became even bolder, almost daring, with the second bloody coat. The shine made my heart lurch with inexplicable delight.

My confession is this: By the time the polish had dried, my fingers took a life of their own; they didn’t belong to me anymore. It seemed like they’d become possessed by a chic spirit.

More than once, I’d find my eyes travelling to find them and the moment my pupils locked in on their target, my eyes would widen in surprise at just how pretty they looked. I was in awe at the amount of beauty that a mere 2 coats of coloured lacquer could bring. Then, my body would be filled with an odd warmth and a glow of self-appreciation would wash over me.

And each time I’d go out, my fingers gave off a cared-for vibe of their own accord. I hung my hands differently and swung my arms differently. It infected my carriage and added swag to my stride.

I was the woman who took time out of a busy and stressful life to apply nail polish. A woman in control of her well-being, in spite of the jerky dance of life. A woman who puts herself first. A woman whose wholeness is her centre. A woman in her element.

My discovery is this: I found patience and became a woman who repaints her nails when the polish chips, a little dab here and there and voilà! Brand new again.  For what greater proof is there of resilience than the power to rise again, even when knocked down and breathless, knowing that the show must go on?

I became a woman whose conditioned-to-be-sunny perspective becomes even now ‘rainbowed”’ once she catches a glimpse of her own fingernails. In 2019, I became this woman who paints her fingernails.

Self-care and self-awareness are sisters, I managed to make them hand-clasping twins for me to enjoy life more and I will continue to bask in the happiness they bring.

The wholeness that they wrap me in is a gift.