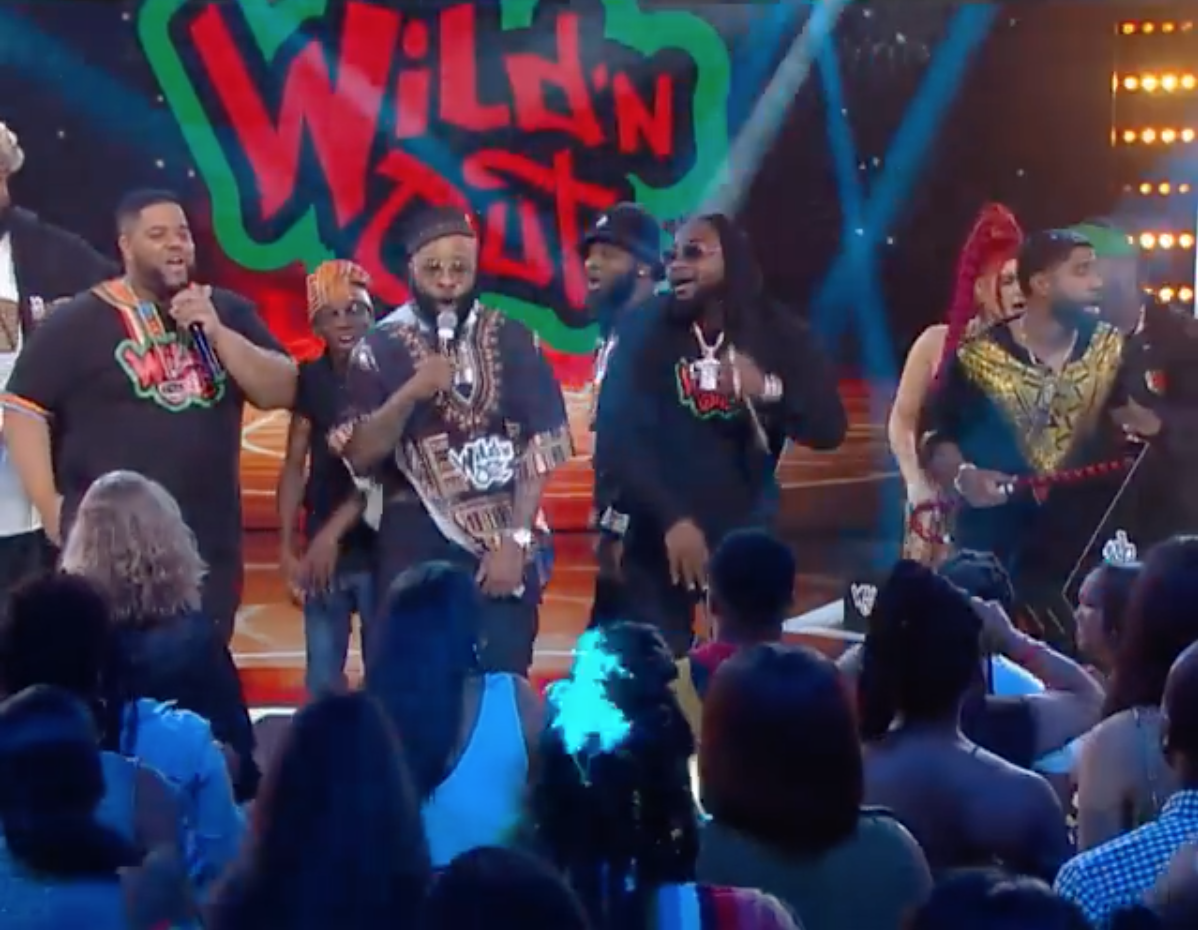 We’ve been told since early 2019 that the “Wild N’ Out” episode featuring Davido was coming. We’ve long awaited. And now it’s almost here.

The show dropped a teaser of the episode on their Twitter, and shared that it will air on Tuesday at 8 PM.

We see, regrettably, the Black team decked out in dashikis (there’s even a woman in a black bikini and a wrapper ??‍♂️) and someone rhyming with the word “zebra.”

Still, there’s Davido, in his black hoodie, gbeseing and finishing them with some leg work.

Check out the trailer:

.@davido is pulling up to take us back to the motherland on all-new #WildNOut Tuesday, at 8/7c only on @VH1 ? pic.twitter.com/5O03i0skBp

Listen to Sean Tizzle’s First Single of the Year – “Abena”