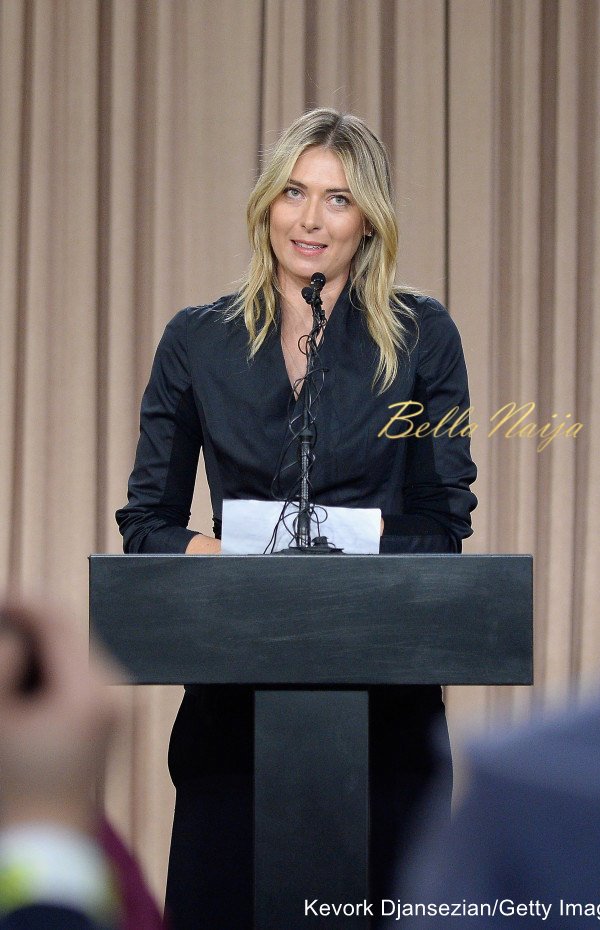 The 32-year-old Russian made the retirement announcement in a column she wrote for Vogue and Vanity Fair.

She won a grand slam in 2014 when she bagged the French Open for the second time. Her last appearance came at the 2020 Australian Open, where she was knocked out in the first round by Donna Vekić.
In her article, Maria Sharapova said “I’m new to this, so please forgive me. Tennis—I’m saying goodbye”.
As she makes the announcement, she starts:

How do you leave behind the only life you’ve ever known? How do you walk away from the courts you’ve trained on since you were a little girl, the game that you love—one which brought you untold tears and unspeakable joys—a sport where you found a family, along with fans who rallied behind you for more than 28 years?

In giving my life to tennis, tennis gave me a life. I’ll miss it everyday. I’ll miss the training and my daily routine: Waking up at dawn, lacing my left shoe before my right, and closing the court’s gate before I hit my first ball of the day. I’ll miss my team, my coaches. I’ll miss the moments sitting with my father on the practice court bench. The handshakes—win or lose—and the athletes, whether they knew it or not, who pushed me to be my best.

Looking back now, I realize that tennis has been my mountain. My path has been filled with valleys and detours, but the views from its peak were incredible. After 28 years and five Grand Slam titles, though, I’m ready to scale another mountain—to compete on a different type of terrain.

In the final part of the article, she says: