There are Now 42 Confirmed Cases of Coronavirus in Nigeria 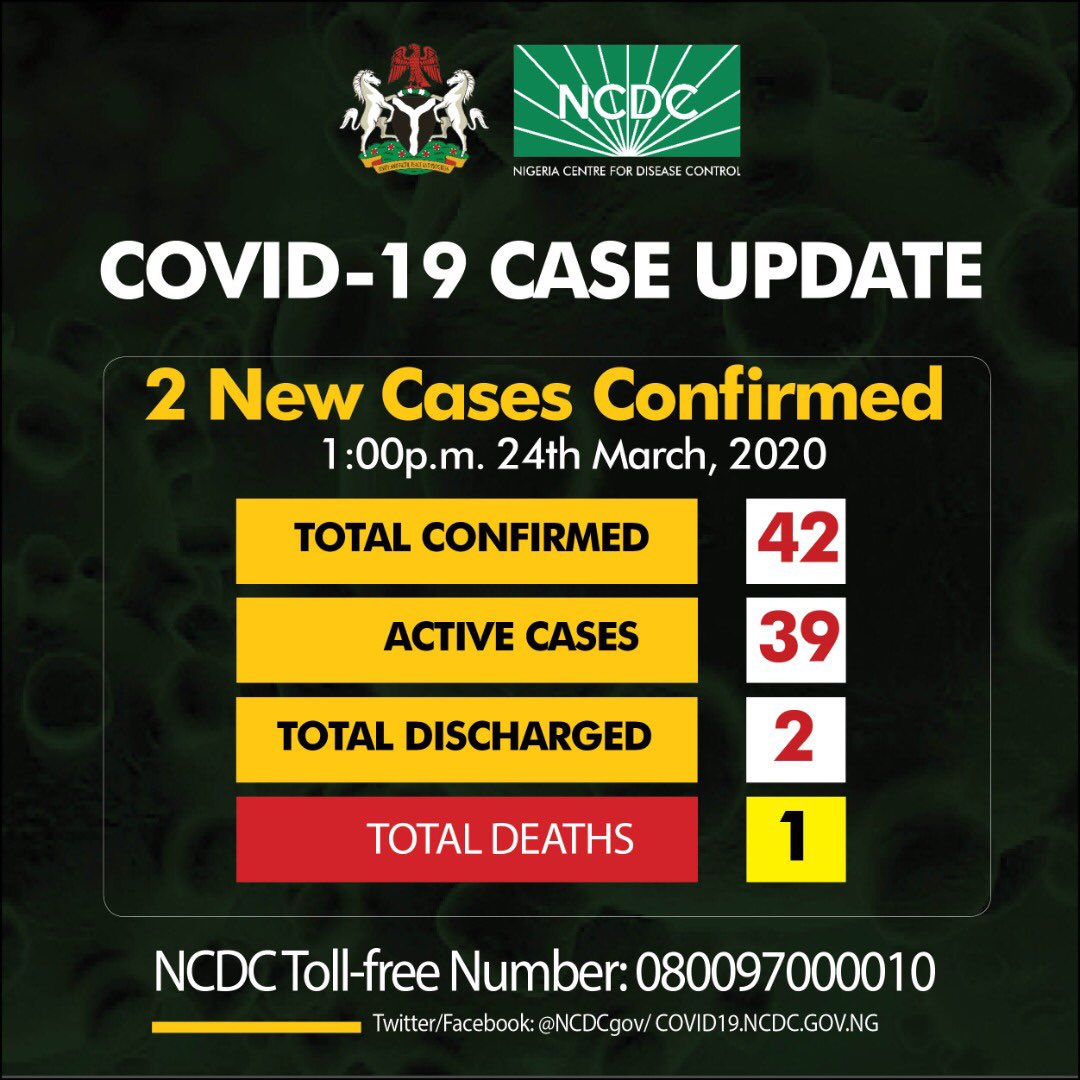 The Nigeria Centre for Disease Control (NCDC) shared the news on their Twitter on Tuesday.

One of those cases in from Lagos, bring the total in Lagos to 29, and the other in Ogun, with a total of 3 in the south-western state.

NCDC reports that one of the cases is a returning traveller, while the other a contact of a previously confirmed case.

2 new cases of #COVID19 have been confirmed in Nigeria. 1 is in Lagos State & 1 in Ogun

One case is a returning traveler. The second case is contact of a previously confirmed case

As at 1pm on March 24, there are 42 confirmed cases of #COVID19 in Nigeria-2 discharged, 1 death pic.twitter.com/buVcnpdFTQ

Related Topics:CoronavirusNigeria Centre for Disease Control (NCDC)
Up Next