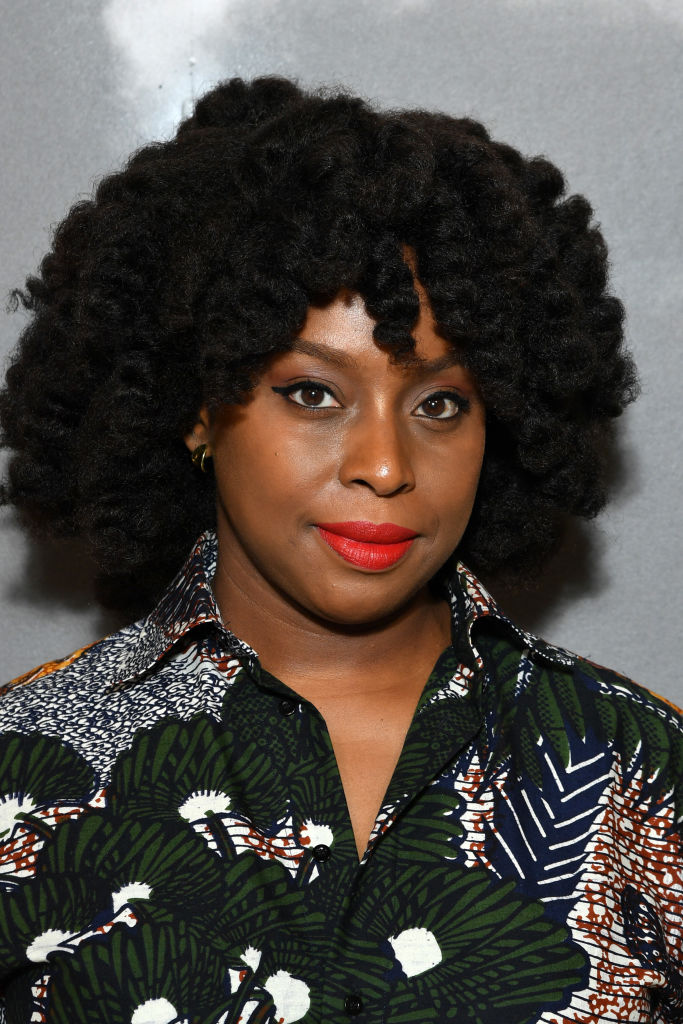 A few days ago, a woman identified as Anne Giwa-Amu who lives in London shared a video on YouTube claiming that Chimamanda Ngozi Adichie plagiarized her book to write “Half of A Yellow Sun“.

Anne Giwa-Amu said Chimamanda’s “Half of a Yellow Sun” was plagiarised from a portion from her book, “Sade: United We Stand.”

In the video, she accused the late author of “Things Fall Apart” Chinua Achebe of giving her work “Sade: United We Stand” to Chimamanda who then rewrote it as “Half of a Yellow Sun”.

She discovered Chimamanda had plagiarized her book in 2013 when she saw a poster in London advertising the film “Half of a Yellow Sun”.

Giwa Amu goes on to explain how she published her work with Chinua Achebe, got her book reviewed by Heinemann’s African Writers Series while the late Achebe was the Editorial Adviser and so on. She also shared documents to prove her claims.

Watch her make her claims in the video:

The Wylie Agency, Chimamanda Ngozi Adichie’s literary agents, who Anne Giwa-Amu mentioned in the video, have put out a statement and confirmed that this woman is actually owing Chimamanda and her lawyer’s damages in money as ordered by the UK courts.

We, the Wylie Agency, are Chimamanda Ngozi Adichie’s literary agents.

In 2016, Anne Giwa-Amu brought a legal claim against Chimamanda Ngozi Adichie and her publishers. Giwa-Amu alleged that Adichie’s novel HALF OF A YELLOW SUN had plagiarized her own novel. A professional independent reader was appointed to read both novels. The reader concluded that there was absolutely no basis for Giwa-Amu’s claim and advised that the claim should not be pursued. Giwa-Amu nevertheless continued with the claim.

On 15 February 2019, Anne Giwa-Amu’s claim brought against Chimamanda Ngozi Adichie and her publishers was struck out by the court. The court determined that her claim was ‘an abuse of the court’s process.’ The court ordered Giwa-Amu to pay Chimamanda Ngozi Adichie and her publishers the sum of £14,250, which Giwa-Amu failed to pay. The court also ordered Giwa-Amu to pay the legal costs Adichie incurred in defending her baseless claim. To date, Giwa-Amu has not paid the money.