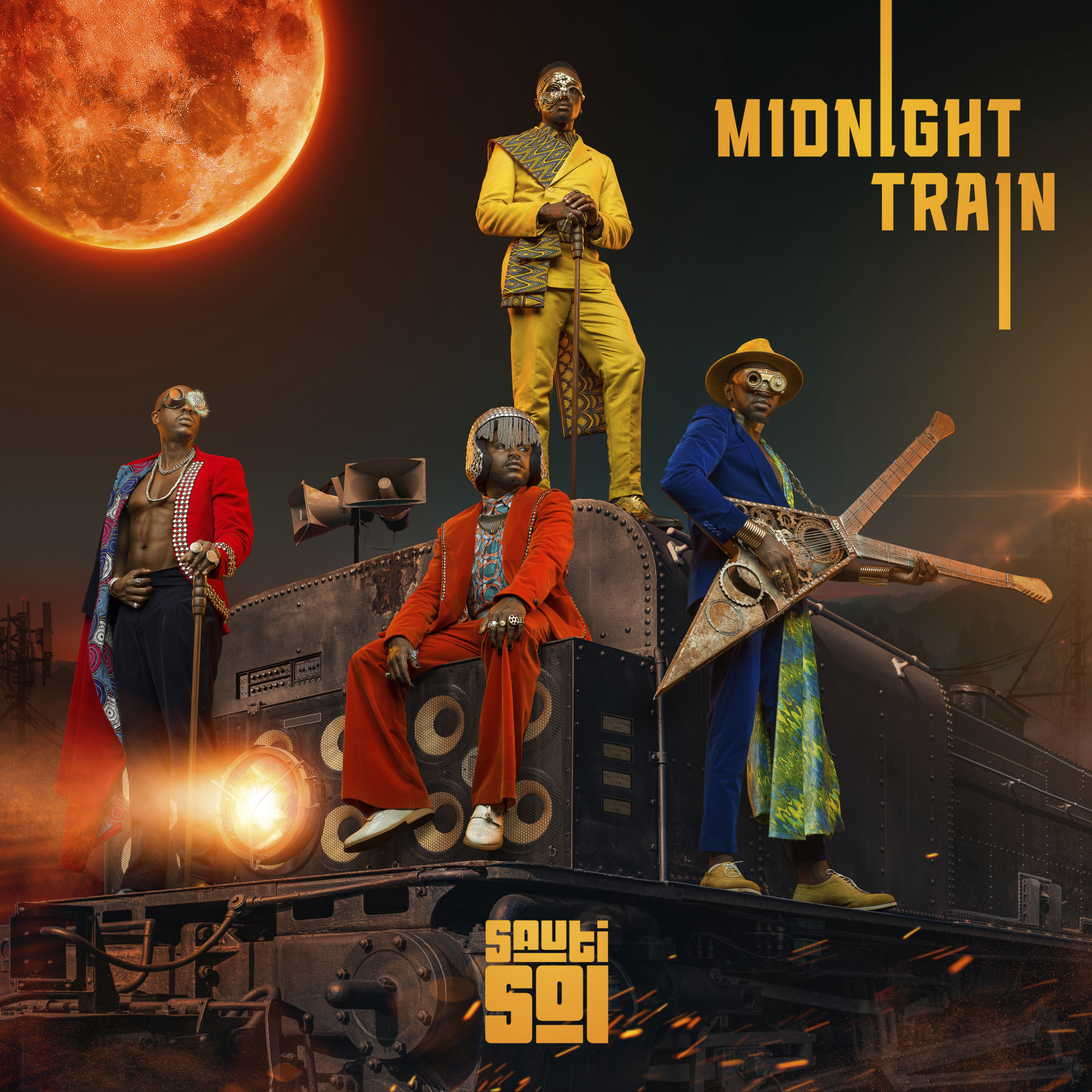 The award-winning afro-pop band Sauti Sol announced on Friday that their fifth studio album, “Midnight Train“, will be released on 5 June 2020.

This is the group’s first major-label record with Universal Music Africa, and album pre-add is now live!

The pre-add allows fans to instantly get the tracks, “Brighter Days” as well as previous singles “Suzanna” and “Disco Matanga,” added to their libraries and playlists immediately. Additionally, this feature will automatically add the album to the consumer’s library immediately on release day, June 5.

“Brighter Days” is a motivational and spiritually uplifting anthem featuring Grammy award-winning Soweto Gospel Choir. The song reaffirms that one should not be weary or in despair but focus on the promise of brighter days. This sing-along praise song spreads positivity and encouragement across different nations in a time when it is needed most. The accompanying video, directed by Ofentse Mwase (OM Films), was shot in South Africa in Johannesburg’s historic main studio, Downtown Music Hub.

Recorded between Los Angeles, California, Johannesburg, South Africa and their hometown Nairobi, Kenya, “Midnight Train” demonstrates the bands songwriting and producing skills with electric energy and new rhythms. The album’s theme is centred around enjoying the journey of life but also embracing the hustles and the trials that come with it. You can count on Sauti Sol to deliver music from the heart and “Midnight Train” does not stray from the formula.

Special and notable features on the album include American singer and songwriter, India Arie on sensual track “My Everything,” and Burna Boy guest appears on “Time Flies.” When reflecting, Bien explains that “Time Flies is inspired by Burna Boy’s increase journey. A lot can happen in a year with dedication.”

“Disco Matanga (Yambakhana),” the official soundtrack to Netflix’s first African original series “Queen Sono“, is the most recent collaborative release to come in the form of Sho Madjozi and Black Motion. Polycarp shares: “They were on our list of musicians we wanted to collaborate with, and it finally came to pass. We love South African music and it is one of the sweetest artistic heritages on the continent.”

Whilst awaiting the official album to drop on 5 June 2020 Sauti Sol has graced us with “Brighter Days” for our enjoyment.