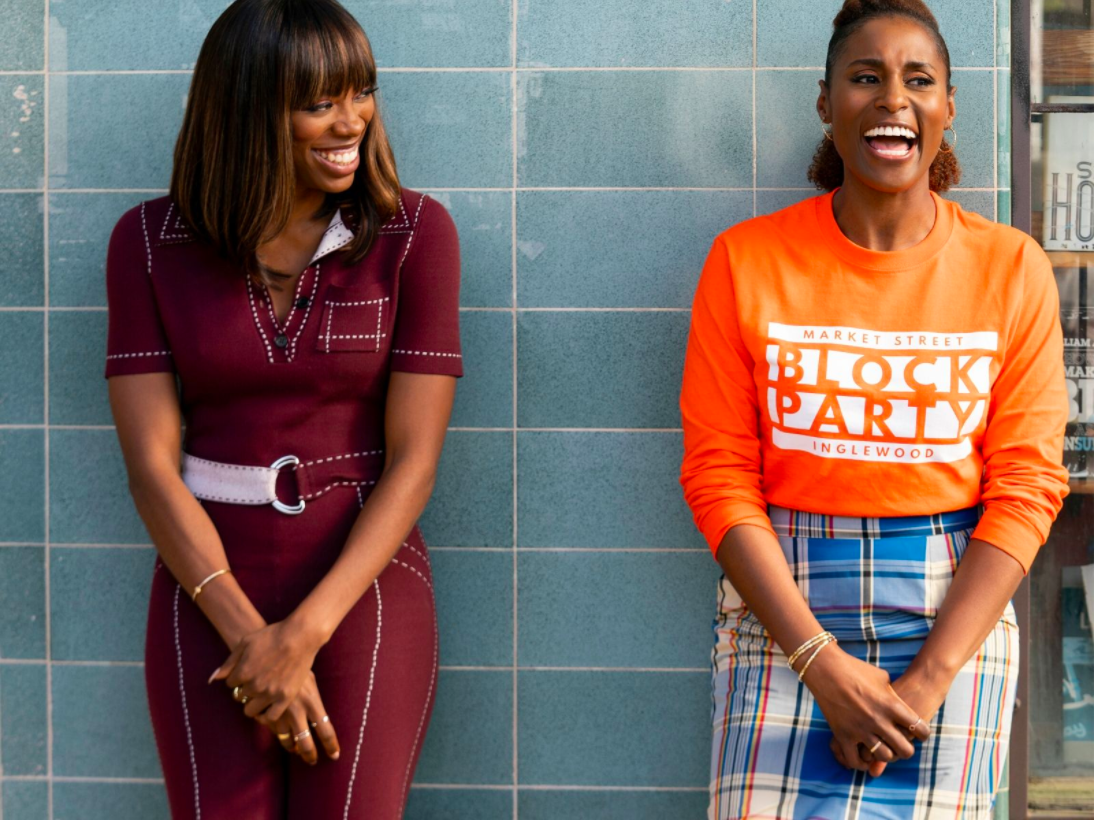 First seasons of I’m Sorry and The Outsider; new seasons of Insecure and Westworld; Emmy-nominated true crime and more. There’s plenty to keep you entertained on Showmax this April, with some of the most anticipated series of the year making their debut.

Currently the most popular show on IMDb, sci-fi drama Westworld is a dark Wild West odyssey about the dawn of artificial consciousness and the birth of a new form of life on Earth. And this season, they’re knocking it “out of the park”, with most of the action happening in the human world. New episodes of Westworld arrive express from the US every Monday.

Andrea is a seemingly-confident comedy writer, wife, and mom, with zero filters and a tendency to put her foot in it. This laugh-out-loud series is inspired by the life of creator and star Andrea Savage. Binge-watch the whole first season.

Showmax is a streaming service that gives you access to loads of movies, series and sport from N1 450 per month. Visit www.showmax.com, choose your plan and start watching.

Jane Austen’s unfinished last novel is brought to life. Sanditon’s a place that’s changing fast. This once-sleepy fishing village is transforming into a fashionable spa resort. Changing alongside it is the impulsive and unconventional Charlotte Heywood (Rose Williams from Reign), who swaps her quiet rural home for the intrigues and dalliances of a seaside town on the make. Binge-watch the whole season.

Imagine going out for a burger and coming home with $1 million. That’s the tantalising prize McDonald’s offered its US customers in the ‘90s, and who could resist, right? But when you play and play and never seem to win big, it can start to feel like the game is rigged. Of course, you know it isn’t. Or is it?

Mcmillion$ is the story of the biggest scam in the history of fast food. It ran for over a decade, had links to organised crime and netted $24 million worth of illegal profits. Watch it now.

The Case Against Adnan Syed

Eighteen years after he was sentenced to life plus 30 years in jail, this true-crime investigation takes a fresh look into the case against Adnan Syed, who was convicted of the 1999 murder of his ex-girlfriend Hae Min Lee. The four-part HBO docuseries from Oscar, Emmy and Bafta-nominated director Amy Berg (Deliver Us from Evil) follows on from the breakout investigative journalism podcast Serial, which brought international attention to the trial and to Syed’s continued insistence that he did not kill Hae. Start watching.

Created by A Black Lady Sketch Show exec producer Issa Rae and Black-ish exec producer Larry Wilmore, Insecure centres on friends Issa and Molly (Yvonne Orji). The show has a 97% critics rating on Rotten Tomatoes, where the critics’ consensus hails Insecure as “an insightful, raunchy, and hilarious journey through the life of a twentysomething black woman that cuts through stereotypes with sharp wit and an effusive spirit.” Binge-watch the first three seasons before you start season 4.

“Over 700 years ago, the Aprican Empire invaded Europe. Aprica colonised the continent and reached as far as Albion. Albion has been under Aprican rule ever since.” So begins Noughts + Crosses, a controversial six-part BBC One series based on Malorie Blackman’s multi-award-winning novel. Sephy and Callum are two star-crossed lovers in the tradition of Romeo and Juliet. Sephy is the privileged daughter of the Home Secretary, Kamal Hadley, while Callum’s mother, Meggie, is the Hadleys’ housekeeper. While Sephy and Callum grew up together, they may as well have lived in different worlds. Binge-watch the whole season.

Repeatedly the most popular show on IMDb in March, HBO miniseries The Outsider is based on the best-selling novel by Stephen King and follows police detective Ralph Anderson (Ben Mendelsohn from Bloodline), who is still grieving the recent death of his own son when the mutilated body of 11-year-old Frankie Peterson is found in the Georgia woods. The mysterious circumstances surrounding the horrifying crime lead Ralph to bring in unorthodox private investigator Holly Gibney (Cynthia Erivo, nominated for two Oscars and two Golden Globes this year for Harriet), whose uncanny abilities he hopes will help explain the unexplainable. From 23:30 on Thursdays, from 23 April.

To see everything on Showmax in April, click here.  Please note this release schedule is subject to change.

8 Awesome Movies You should be Streaming on Showmax