Here's a Look at 9 Major #COVID-19 Updates in Nigeria 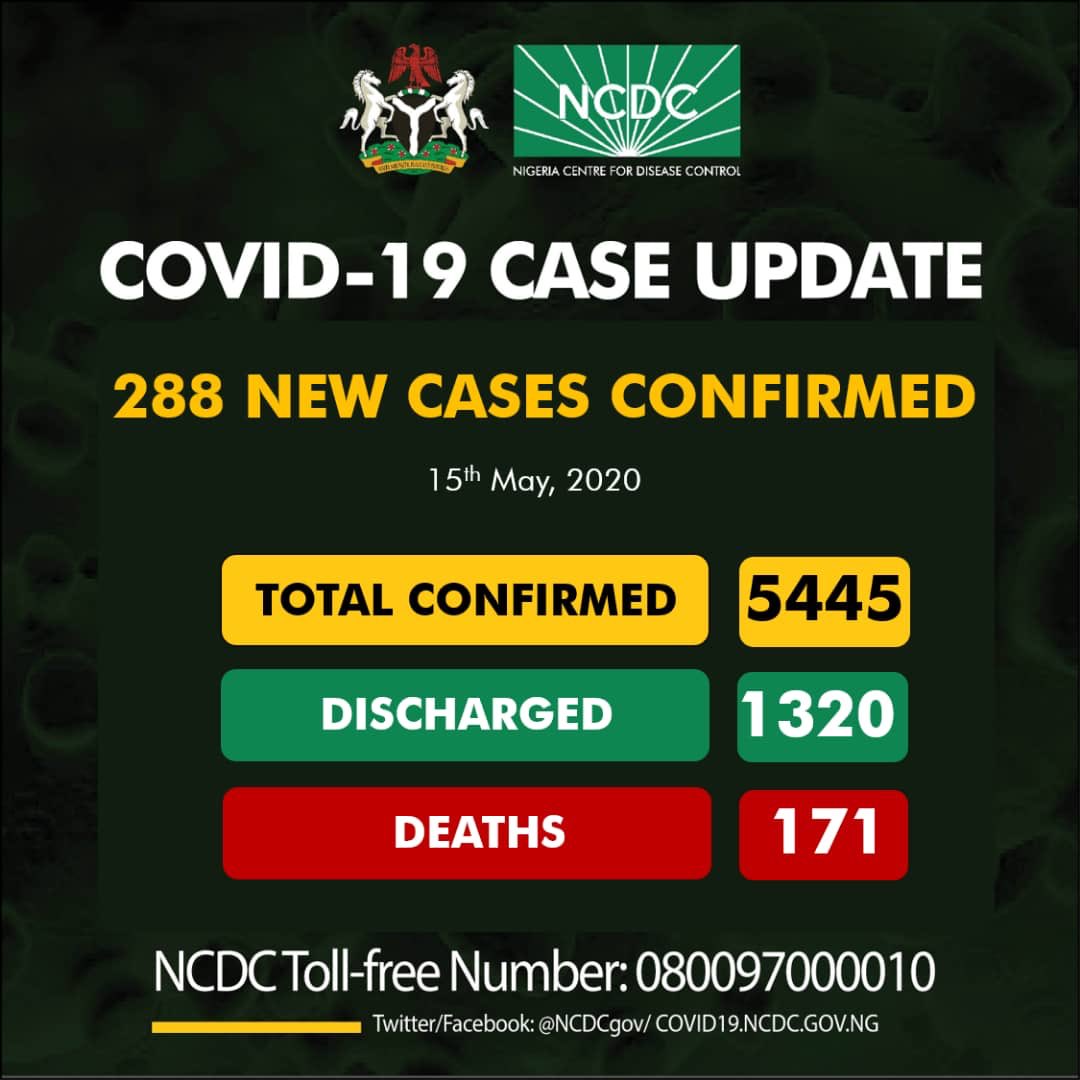 Nigeria has recorded 288 new cases of the novel coronavirus, according to the Nigeria Centre for Disease Control. In a tweet via its official handle late Friday, the NCDC said 179 new cases had been discovered in Lagos.

In Kaduna, 20 new cases were recorded, 15 each in both Katsina and Jigawa, 13 in Borno, 11 in Ogun, eight in Kano, seven in the FCT, four each in Niger and Ekiti, three each in Oyo, Delta and Bauchi, two in Kwara and one in Edo. 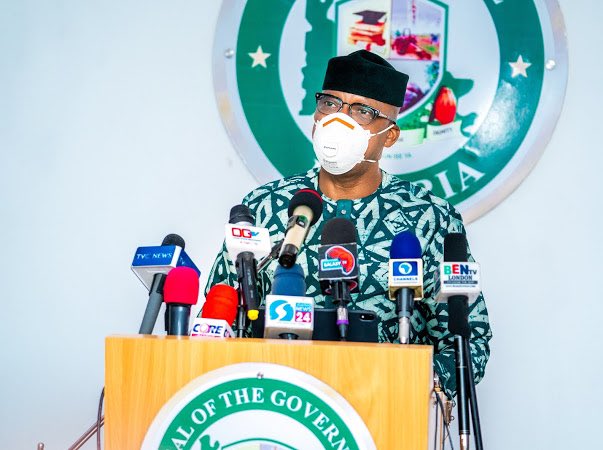 Ogun state government once again extends the lockdown by one week

The Ogun state government has once again extended the current lockdown by another week with windows of relaxation on Monday, Wednesday, and Friday from 7 am to 5 pm to allow residents to restock essential needs and engage in commercial activities.

According to Premium Times, Governor Dapo Abiodun announced this at a press conference to provide an update on the government’s efforts to check the spread of the virus. He said:

In my last week briefing, the number of confirmed cases in Ogun State was 100. But, by yesterday, Thursday 14th May, 2020, we have recorded 34 more positive cases of COVID- 19, bringing the total to 134. This shows an increase of more than 30 per cent, in just one week.

Abiodun lamented that in spite of several warnings and the concerted efforts of security agencies, many residents have continued to flout the measures in place to flatten the curve of the spread.

Some residents still come out in the public without the use of facemasks or use the facemasks in a manner that do not shield their mouths and noses; motorcycles and tricycles riders still carry more than the approved number of passengers of one and two respectively; and drivers of taxis and passenger buses are also culpable in this flagrant violations of the extant guidelines.

He also noted that markets have not fully complied with physical distancing and other measures to ensure the markets do not become the COVID-19 transmission centers. 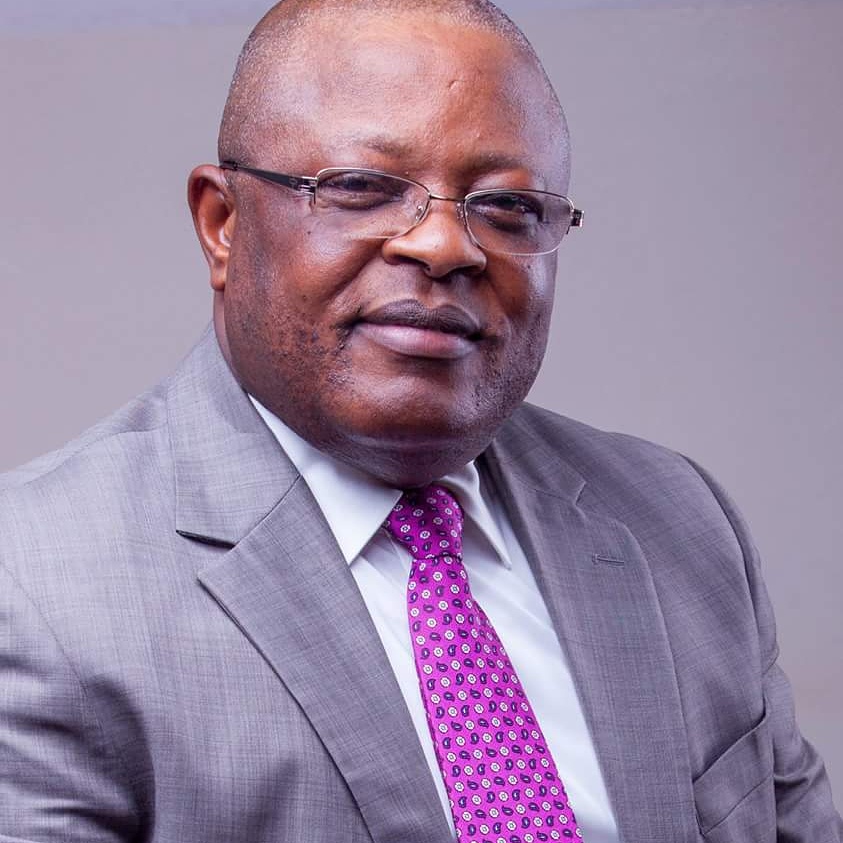 In a statement in Abakaliki on Friday, Governor David Umahi said the lifting of the ban was in response to the passionate appeal made by the leadership of the Chieftain Association of Nigeria(CAN) Ebonyi state chapter, Sun News reports.

The statement which was signed by the Commissioner for Information and State Orientation, Uchenna Orji, stated that religious worships and church activities were permitted to hold once a week.

He added that the Church services which must hold only on Sundays should take place between 8 am to 11 am, adding that no religious service will be allowed to hold any other day other than Sundays which he emphasized must be held in strict observance of all COVID-19 Laws and regulations. 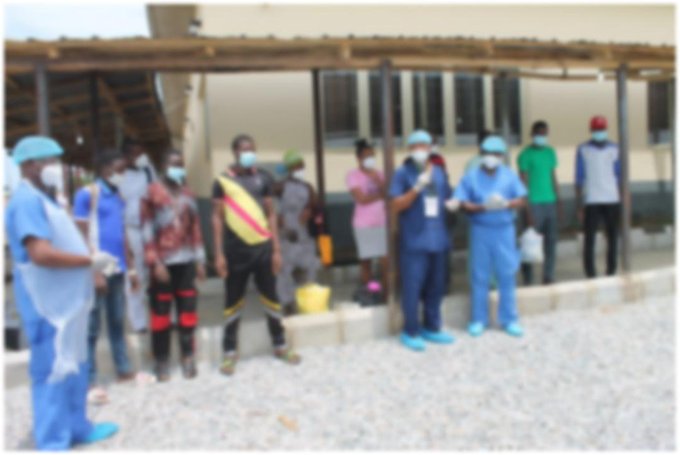 The Oyo State Task Force on COVID-19, on Friday, discharged eleven persons after they tested negative to the Coronavirus twice.

After the discharge of the 11 cases, the Centre now has 32 patients and all but one, were in stable condition, according to the task force.

Of the 11 persons discharged from the Infectious Disease Centre, Olodo, Ibadan, three were females, and eight were males.

This afternoon, the #Oyostate COVID-19 Task Force discharged 11 persons after they tested negative to COVID-19 twice.

In a statement signed by the Chief Press Secretary to the Governor, Mr. Taiwo Adisa, pic.twitter.com/ZD7P9Eegrf

medications that can be injurious to his health.

The statement added that out of the 11 persons discharged at the Infectious Disease Centre, Olodo, Ibadan, three were females and eight were males.

According to Alonge, eight of the discharged persons were Northerners who came

On behalf of the other patients, one of the discharged persons (names withheld), appreciated the state government, the governor and the medical personnel at the Centre.

Kano state government is making arrangements for opening Covid-19`s screening and Testing Centres in some of the Local Government Areas, outside the state capital, as part of on-going plans to widen the scope of testing for the disease in the rural areas.

The move is to ensure that people residing in rural communities also benefit from the screening and testing for the disease, instead of limiting the testing to urban segments of the state alone, as it is currently the situation

According to Business Day, Governor Abdullahi Umar Ganduje, who gave this hint on Friday, during a press briefing organized by the Kano State Task Force on COVID-19, said his administration wanted to move the testing for the disease beyond the state capital.

One of the important steps we intend to take now is to open more testing centers in the 36 distant Local Government Areas of the state. This is part of our next step. We need to be proactive. We want to ensure that all the institutions are not situated in the urban areas alone.

At the moment all the screening and testing we have in place are in the eight metropolitan Local Government Areas which is not good enough. I believe we must start planning for rural areas, so that we will not be taken unawares. 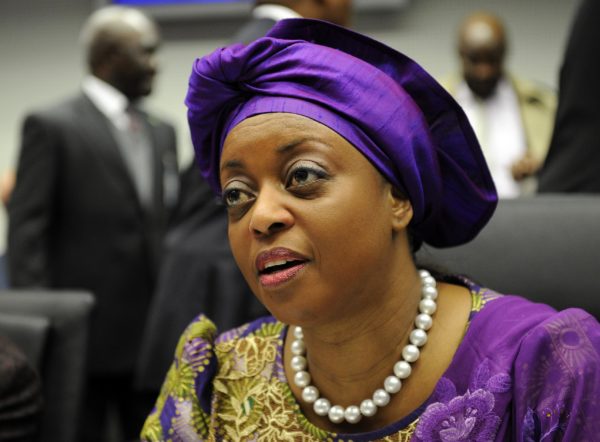 The Economic and Financial Crimes Commission (EFCC) has handed over a property forfeited by former Minister of Petroleum Resources, Diezani Allison-Madueke, to the Lagos State government for use as an isolation centre for COVID-19 patients.

The property comprising six flats of three bedrooms and a boys’ quarter was forfeited by the former minister, following an order of a Federal High Court, Lagos in 2017.

The Economic and Financial Crimes Commission, EFCC, on Friday, May 15, 2020, handed over a property forfeited by former Minister of Petroleum Resources, Diezani Allison-Madueke to the Lagos State government for use as an isolation centre for COVID-19 patients.
3/

The property consisting six flats of three bedrooms and a boys’ quarter was forfeited by Mrs Allison-Madueke  following an order of Lagos State Federal High in 2017.
4/

Speaking during the handover ceremony, the Lagos Zonal Head of the EFCC, Mohammed Rabo stated that the gesture was part of the Commission’s social responsibility efforts towards the fight against the spread of Corona virus.
5/ 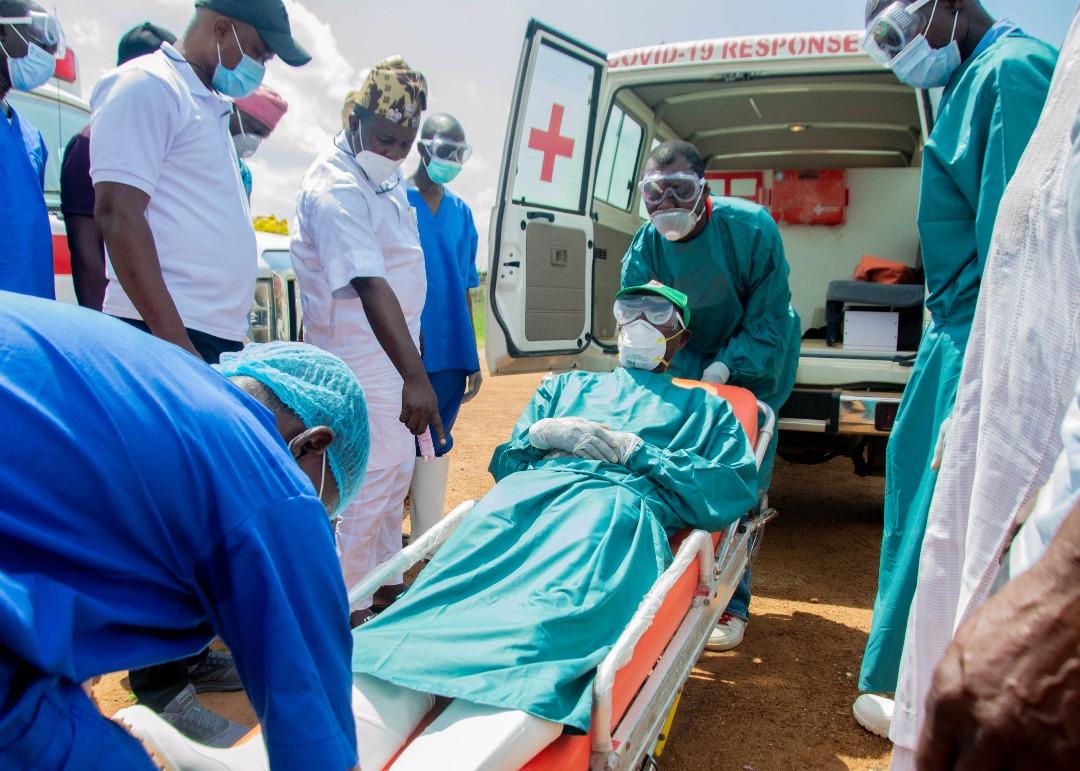 Kwara state government has attributed the increase in COVID-19 cases in the state to the influx of people from Lagos and North Western states to Ilorin, the state capital despite the ban on interstate travels.

The state governor, AbdulRahman AbdulRazaq said this while speaking with newsmen during an inspection visit to the Sobi Specialist Hospital’s Isolation Centre in Ilorin.

1/ Earlier today, Friday May 15th, 2020, the government’s intelligence network uncovered a plot by some COVID-19 patients who sneaked into the state to escape. This attempt was promptly foiled leading to arrest and return of the patients who had already scaled the fence.

2/ The government is dismayed that these persons were among the imported cases who intentionally violated the interstate lockdown and came into the state.

3/ Security has been further beefed up at our isolation centre. The government restates that COVID-19 is not a death sentence and there is no reason why anyone would want to escape and put their own lives and the lives of other people at risk. 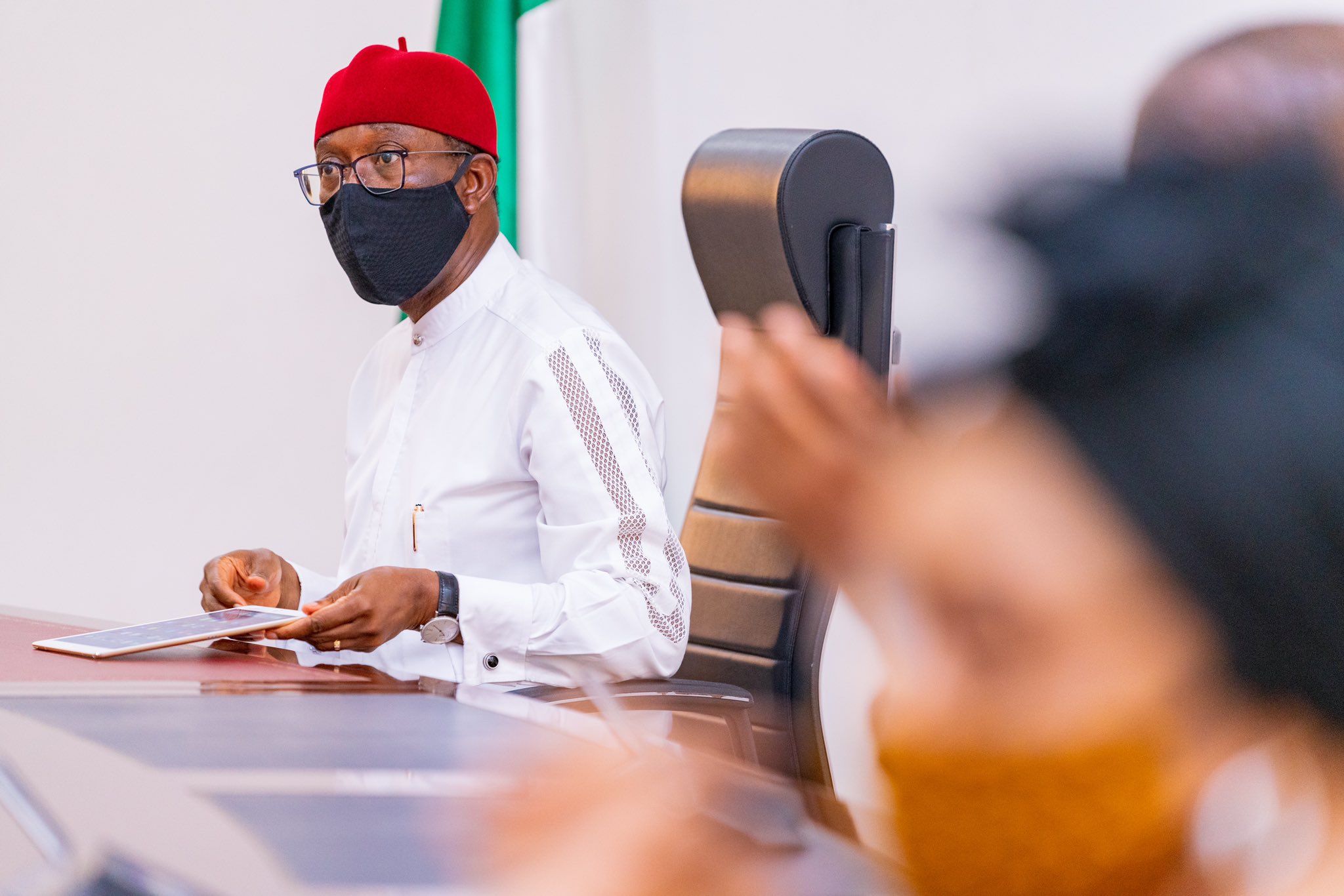 Delta State’s Covid-19 index case and four others have been discharged after testing negative twice to the virus.

The index case and the two others who were treated at the State Teaching Hospital, DELSUTH, Isolation, and Treatment center, Oghara, Ethiope West Local Government Area of the State, were discharged on Thursday evening while the other two were discharged on Friday 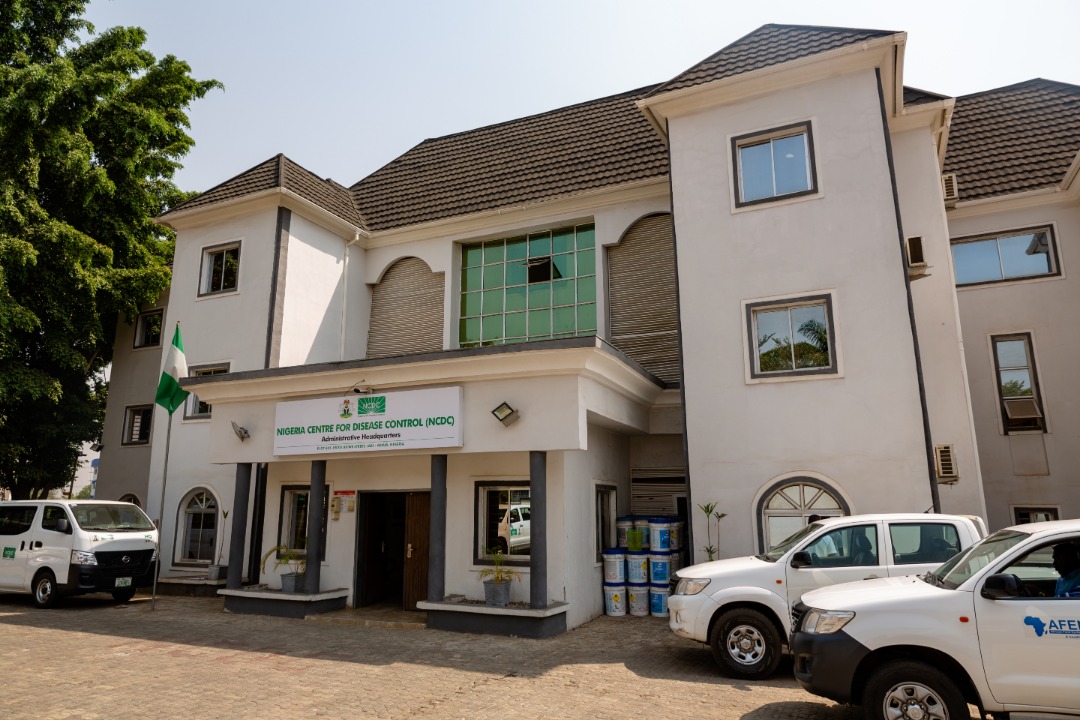 We send test results to states and not individuals – NCDC

The Nigeria Centre for Disease Control (NCDC) has made a clarification of its role in combating the outbreak of diseases in the country.

The health agency made the clarification after the chairman of DAAR Communications Raymond Dokpesi Jnr said he was discharged having contracted COVID-19 earlier without seeing his test result.

In a tweet that served as a response to the media mogul’s disclosure, the NCDC stated that it coordinates the communication of results between testing laboratories and States, who then communicate with individuals.

Our role as the national public health institute is to coordinate the communication of results between testing laboratories and States, who then communicate with individuals#TakeResponsibility pic.twitter.com/6rDV3qHTFT

The Suspended Re-deployment of the #Immigration5 Ladies Shows what Social Media can Achieve as a Community ??