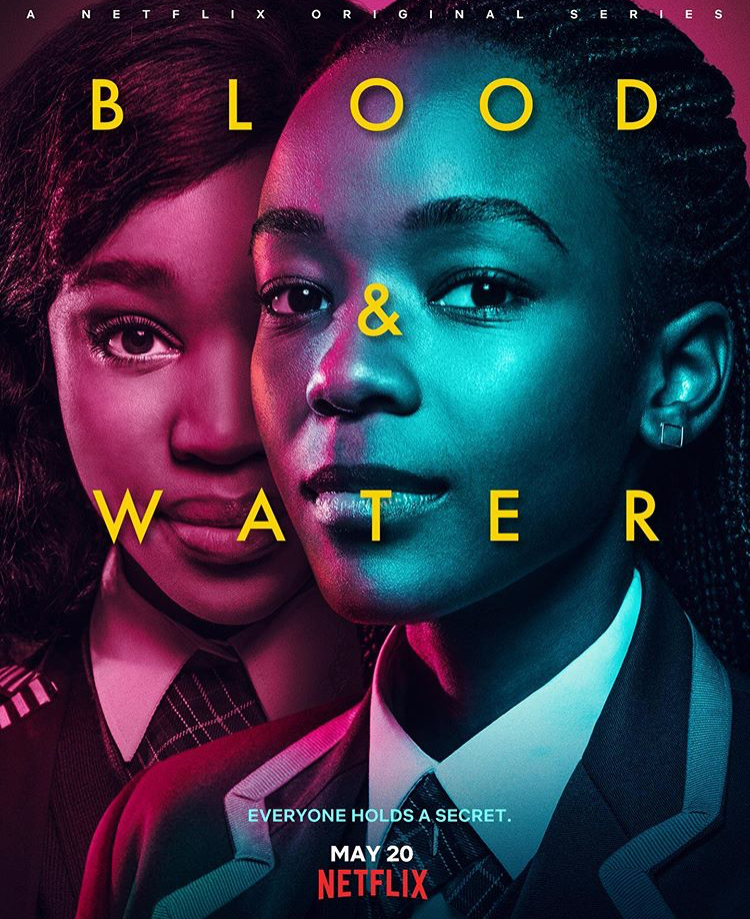 The upcoming series will debut on May 20, 2020, and it follows the exploits of the intelligent, proactive and impulsive 16- year-old Puleng Khumalo, as she engineers her transfer to Parkhurst College, (a prestigious inner-city school for Cape Town’s elite scholars and academic overachievers) to investigate the 17-year-old cold case of her abducted-at-birth older sister she’s never met.

“Blood & Water” is directed by South Africa’s Nosipho Dumisa and produced by Gambit Films led by Bradley Joshua and Benjamin Overmeyer as producers.

Check out some BTS photos.

Here’s your first look. Watch the trailer below.

Welcome to the jungle…It's about to get hectic. #BloodAndWater is coming May 20.

Happy, Happy, Happy – That’s What Gifty & John Dumelo are on their Anniversary