What Africans are Saying about Beyoncè's forthcoming "Black is King" 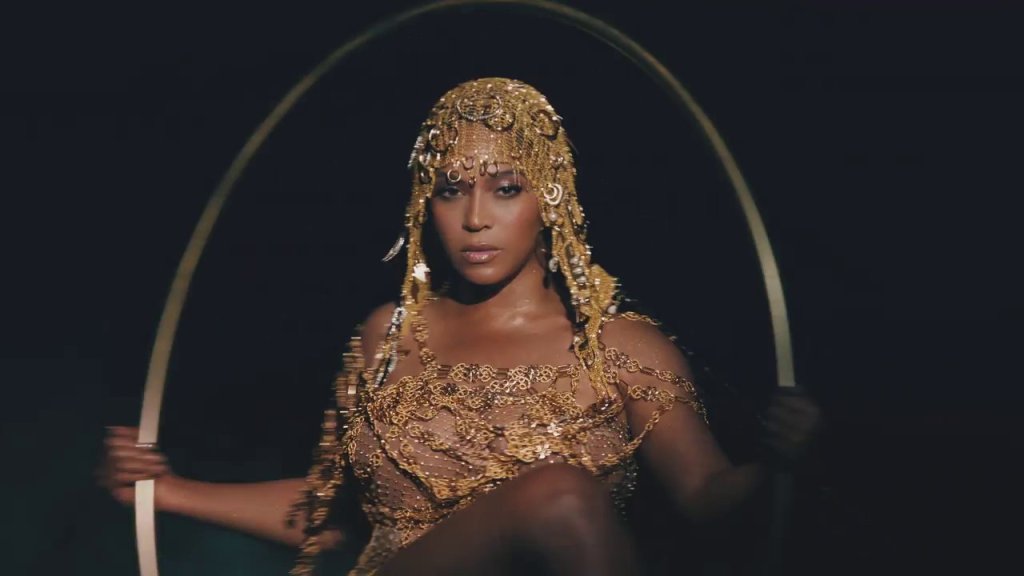 Beyoncè recently announced the visual album “Black is King” with the release of a trailer. The album, which was inspired by last year’s “The Lion King“, was made to honour the voyages of black families throughout time according to a press statement released by Disney and Beyoncè’s company, Parkwood Entertainment.

The visual album, which Beyoncè described as “a labor of love,” is a tribute to Africa much like her last album “The Lion King: The Gift” which featured songs like “Spirit” and “Find Your Way Back” which also served as tributes to Africa.

However, since the trailer dropped, people have shared varying opinions of how Africa was portrayed in the visual album.

If you’re yet to see the trailer, watch it here:

I typically keep comments short and sweet, but I just watched the trailer with my family and I’m excited. ?please don’t get me hype?? “Black Is King” is a labor of love. It is my passion project that I have been filming, researching and editing day and night for the past year. I’ve given it my all and now it’s yours. It was originally filmed as a companion piece to “The Lion King: The Gift” soundtrack and meant to celebrate the breadth and beauty of Black ancestry. I could never have imagined that a year later, all the hard work that went into this production would serve a greater purpose. The events of 2020 have made the film’s vision and message even more relevant, as people across the world embark on a historic journey. We are all in search of safety and light. Many of us want change. I believe that when Black people tell our own stories, we can shift the axis of the world and tell our REAL history of generational wealth and richness of soul that are not told in our history books. With this visual album, I wanted to present elements of Black history and African tradition, with a modern twist and a universal message, and what it truly means to find your self-identity and build a legacy. I spent a lot of time exploring and absorbing the lessons of past generations and the rich history of different African customs. While working on this film, there were moments where I’ve felt overwhelmed, like many others on my creative team, but it was important to create a film that instills pride and knowledge. I only hope that from watching, you leave feeling inspired to continue building a legacy that impacts the world in an immeasurable way. I pray that everyone sees the beauty and resilience of our people. This is a story of how the people left MOST BROKEN have EXTRAORDINARY gifts.❤️✊? Thank you to Blitz, Emmanuel, Ibra, Jenn, Pierre, Dikayl, Kwasi and all the brilliant creatives. Thank you to all at Disney for giving this Black woman the opportunity to tell this story. This experience has been an affirmation of a grander purpose. My only goal is that you watch it with your family and that it gives you pride. Love y’all, B

The opinions on social media are divided into two main categories: those who think Beyoncè  is portraying in Africa in an unrealistic fashion, and those who are of the opinion that Beyoncè is celebrating Africa the only way that she can.

The first group of people believe that it is problematic for African Americans to continue exoticising Africa in a way that has now been dubbed “Wakandanization”. They believe that Beyoncè and other African Americans would do well to see Africa as a place with regular people living regular lives and portray it as just that, rather than portraying it like some Afro-futurist fantasy.

See some tweets on this below:

Black americans have created for themselves an “africa” that is this wierd homogeneous exotic fantasy. It is infact a seperate mythical country with no resemblance to any real country in the real Africa. https://t.co/orMjwAd3gZ

Someone tweeted something about how she’s sick of the “wakandanization” of Africa and it’s SO TRUE. Give us a fucking break, yes it’s all nice having positive representation but this is closer to a fantasy than it is to reality ??

Wakanda(n): a half baked example of an identifiably African place made to cater to a broad (but mostly western) audience.

Disambiguation: not a symbol of hope for Black people.

Disambiguation: not a good example of what an advanced African civilization could look like.

“Would a Zamunda without its prosperity or a Wakanda without the technological advancements of vibranium be of much interest to African-American audiences?” https://t.co/kY28YLmJuf

the way africa is portrayed in hollywood is very unrealistic. this “wakanda” aesthetic needs to go https://t.co/As7r3KTyoz

Why does Beyoncé need to create a mythical and very wakanda like idea of Africa? Please stop selling the idea of that Africa is some lost continent and just accept that it’s actually a place with a history and diversity many are too lazy to bother learning.

Afrofuturism has its merits. My issue is when its all about the “Wakandanization” of Africa.The same way Nigerians abroad have the luxury of crafting a“Gidi”bubble that is about suya,owanbe,small chops&fine native.We shouldn’t only be represented in extremes of poverty or royalty

The second group, on the other hand, believe that Beyoncè, as an African-American, who doesn’t know her heritage, is only celebrating and honouring that heritage in the way that she can. They believe that it isn’t right for Africans to dictate how African-Americans reimagine their heritage.

See some tweets on this below;

People hating BEYONCÉ for the trailer but Your own Africa today is a white man's fantasy. You've taken their cultures, religion, language and habits but that doesn't bother you, you're more concerned with talking down on people who are trying to reconnect with their roots

Straighten our hair and bleach our skin. It’s to kill black pride. So if AA want to reclaim their own pride by associating with precolonial African cultures and traditions as from the time they were stolen from the land, I don’t see the big problem. Like I said before we also

As long as present day Africa is considered just collateral damage. It's all good. Power to Ọ̀ṣun

When you are privileged, equality feels like oppression. I will not be dictating how descendants of Africans should reimagine their ancestry, it’s part of her own healing process and I’m here for whatever comes from connecting with it. Especially if it inspires power or pride.

While all these points are valid and have their merit, it is important to note that this visual album came to life with African creatives at the helm of production.

Grateful for the opportunity to work with one of the most powerful creative forces on the face of this earth. #Parkwood #JM pic.twitter.com/xNC6Q7Mmvu

I am so honoured to have contributed as a director, producer and casting director to this film. #BLACKISKING coming soon, July 31st on Disney+ “You Can’t Wear A Crown With Your Head Down” – Black Is King, A film by @beyonce #beyonce #disneyplus #dafeoboro #nigeria

So what do you think? What side of the camp are you on? Do you think there is indeed a “Wakandanization” of Africa, exoticising its people and culture, or do you think African Americans are free to reimagine Africa however they please to celebrate their heritage?