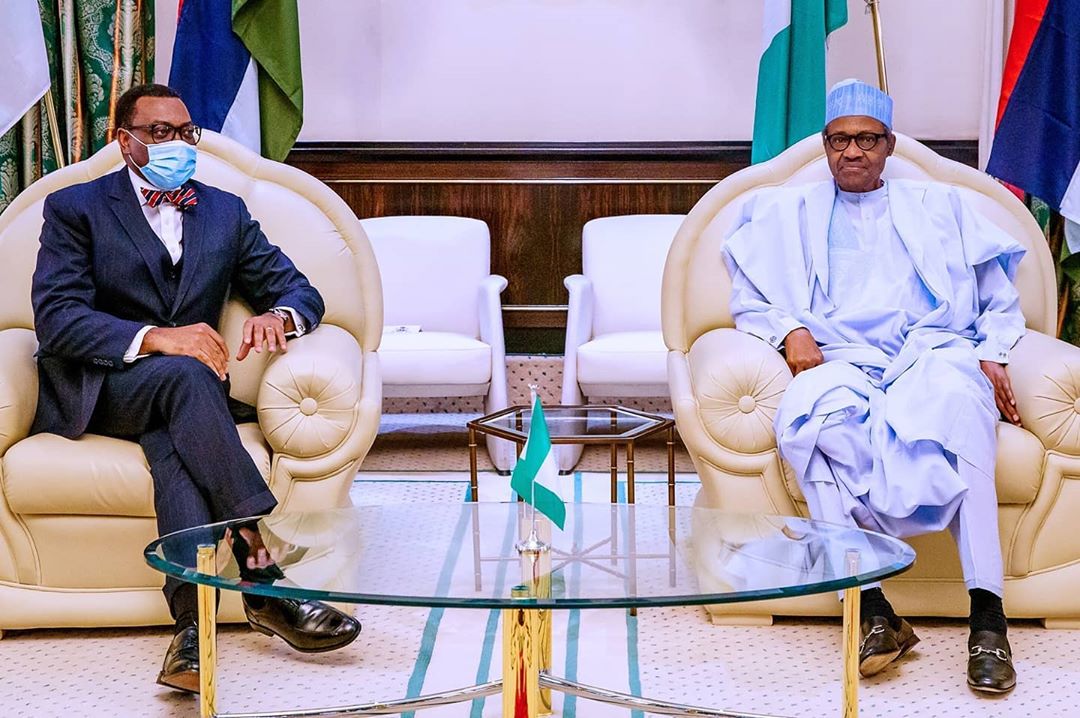 Adesina is currently at the centre of sundry allegations of misconduct at the Abidjan-based financial institution, of which he has denied. Despite the fact that the Bank’s Ethics Committee has declared him innocent, the US government is, however, pressing for a new investigation.

Well, his visit with the President is connected with the issue.

From his meeting with the president, Adesina pointed out that:

Buhari expressed support for Adesina and commended him for his efforts to help secure funds for Africa to deal with the fallout from the pandemic. He also pledged to stand by him, in his bid to get elected for another term.

A statement signed by Femi Adesina, the SA on media and publicity, reads:

PRESIDENT BUHARI TO AfDB PRESIDENT, ADESINA: I’LL STAND BY YOU

President Muhammadu Buhari says Nigeria will stand solidly behind Dr Akinwumi Adesina in his bid to get re-elected as President of the African Development Bank (AfDB) The President spoke at State House, Abuja, Tuesday, while hosting Dr Adesina on a courtesy visit.

“In 2015, when you were to be elected for the first term, I wrote to all African leaders, recommending you for the position. I didn’t say because you were a People’s Democratic Party (PDP) Minister, and I belonged to the All Progressives Congress (APC), so I would withhold my support. I’ll remain consistent with you, because no one has faulted the step I took on behalf of Nigeria,” said President Buhari.

The President pledged that Nigeria would work with all other leaders and stakeholders in AfDB to ensure that Dr Adesina was elected for a second term built on the record of his achievements during his first term.

The African Union had already endorsed the incumbent AfDB President as sole candidate for the continent, but some other stakeholders are trying to ensure that Dr Adesina is re-investigated on some allegations, and rendered ineligible to run.

See out the video and photos from their meeting below: 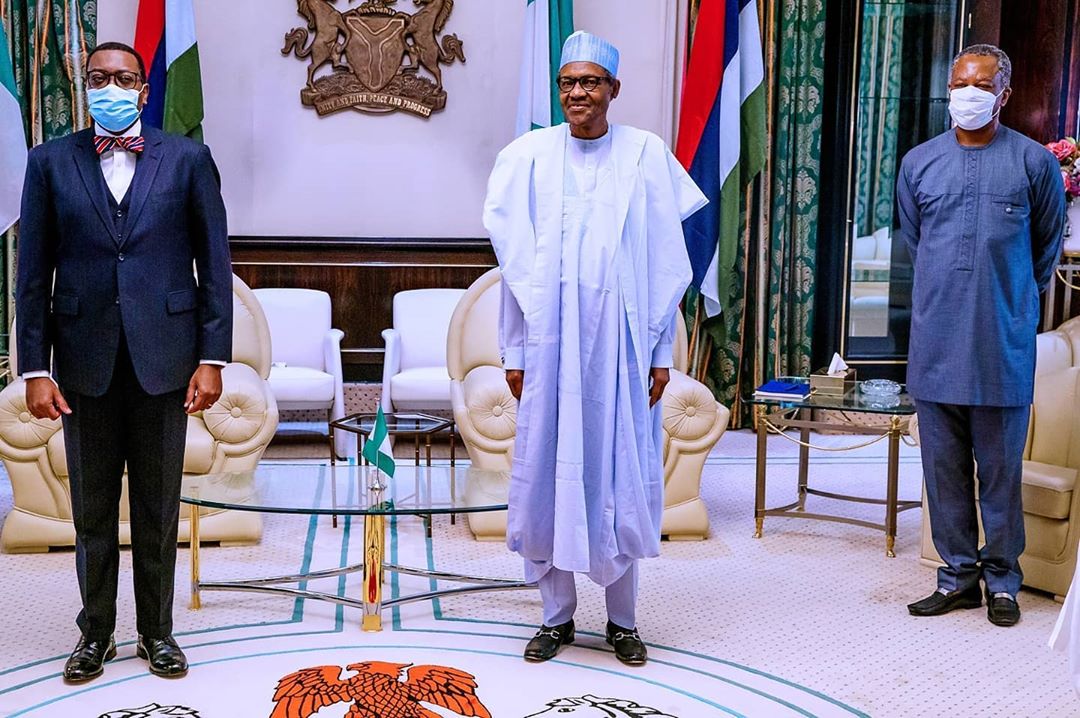 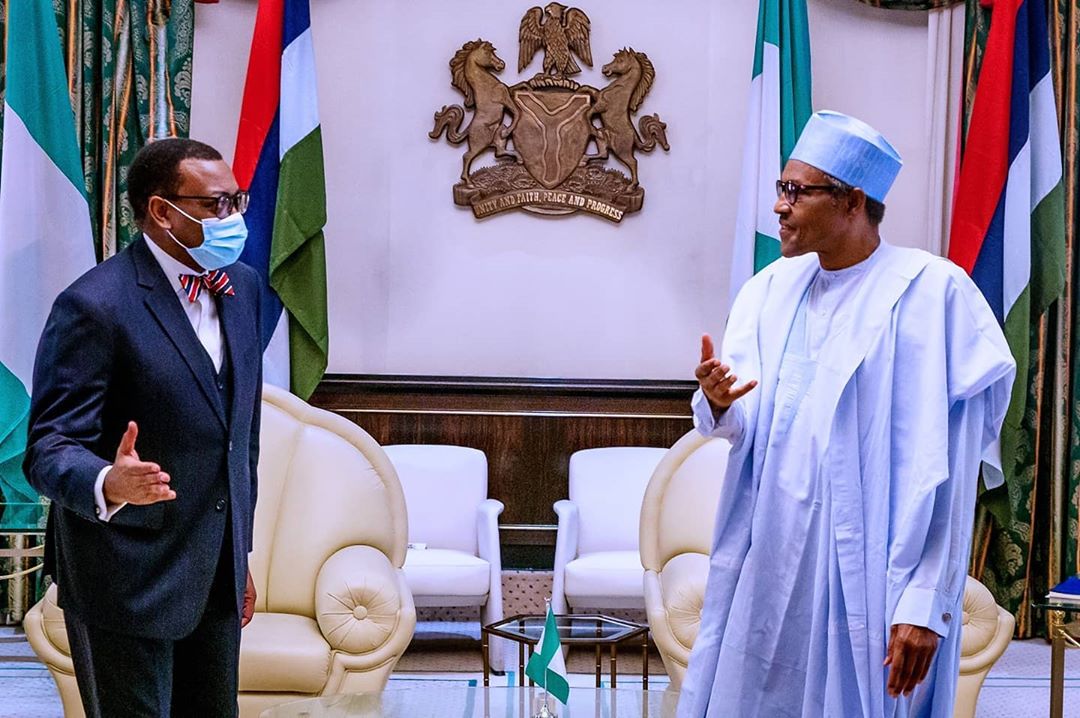 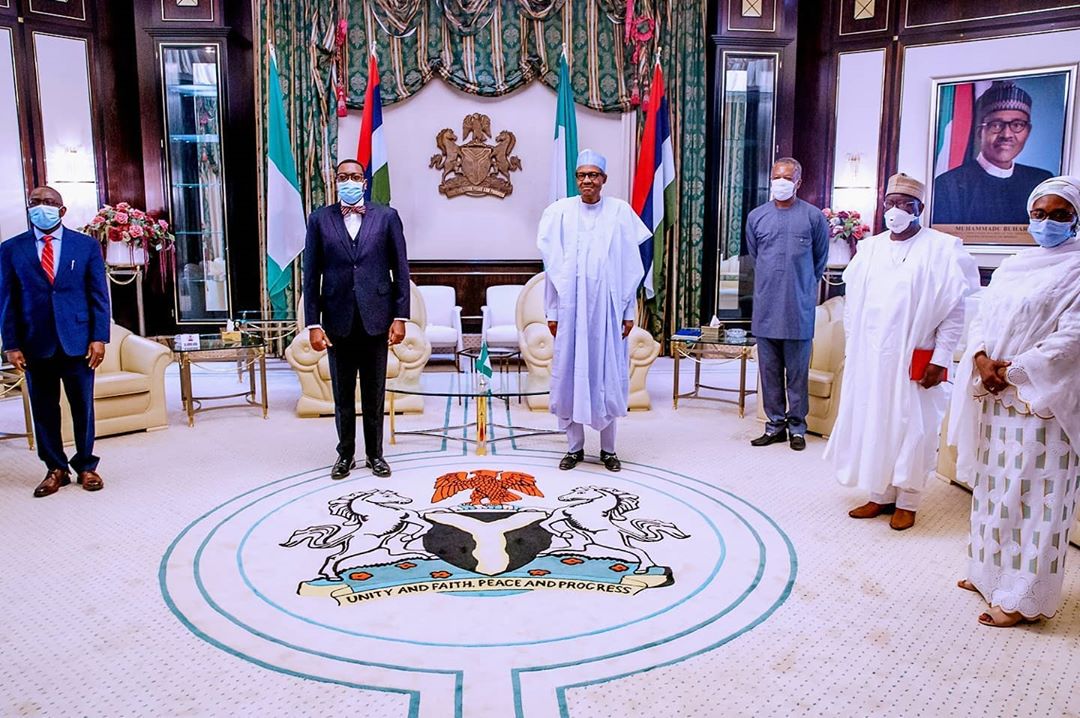 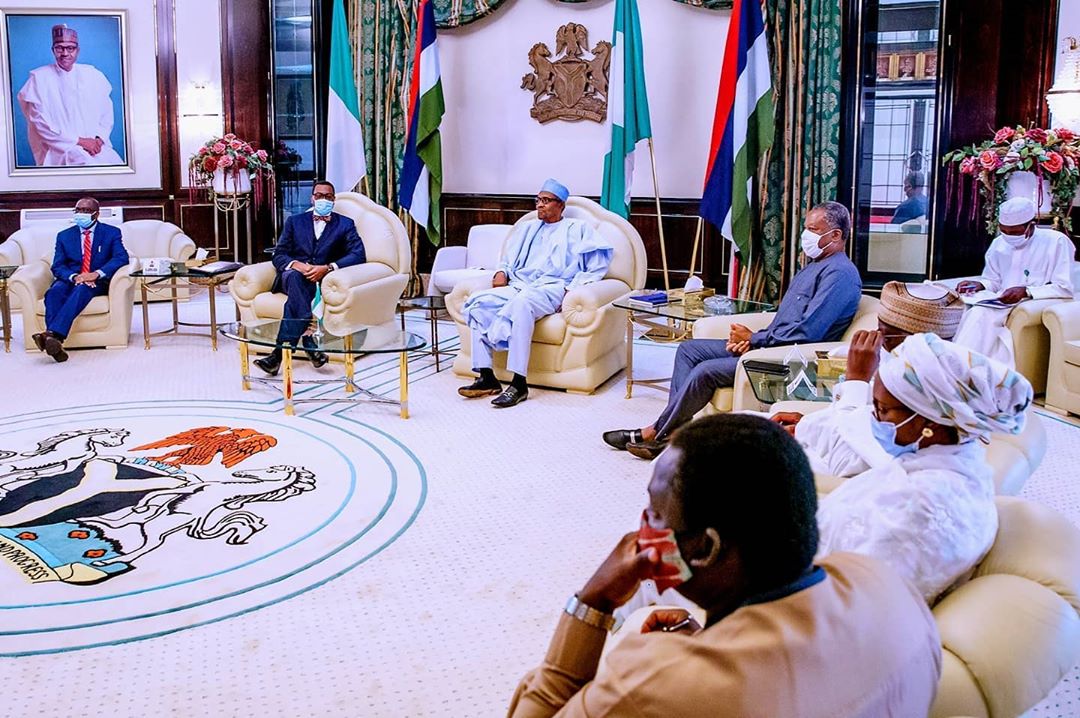 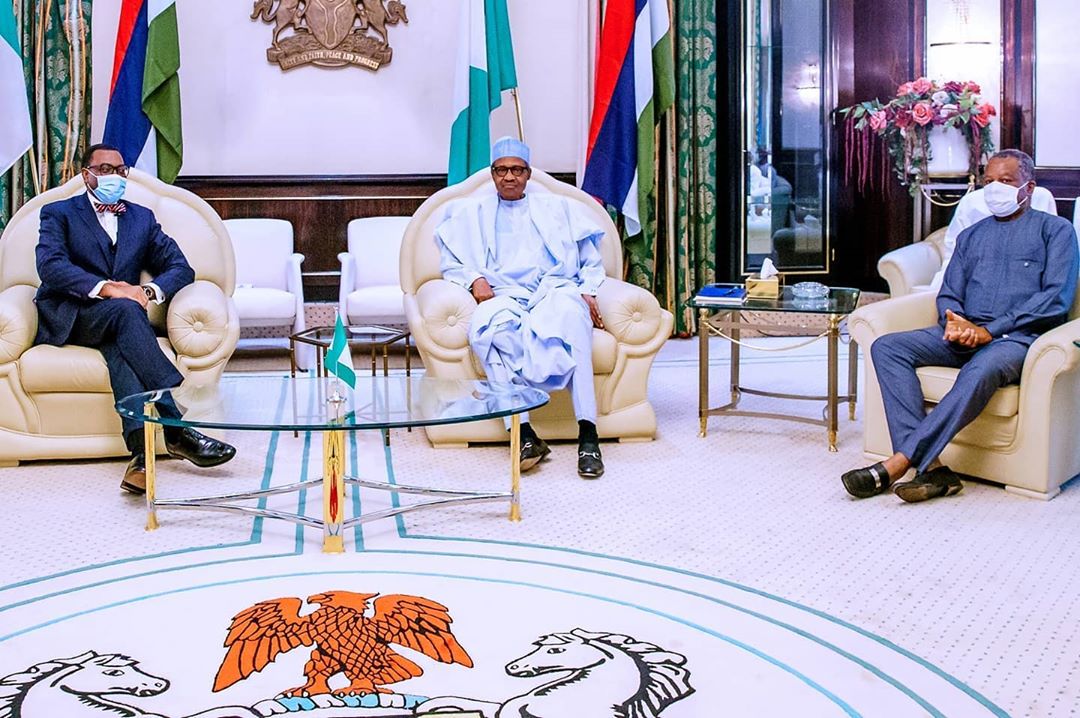